Looking for an American-Made Watch? 12 Watch Brands to Consider

Wearing a watch can be a great way to step up your style game and add a functional accessory to your everyday outfits, but finding the right watch can be a challenge. That’s especially true for guys who are fans of American-made clothes and accessories. While there aren’t a lot of companies that are still manufacturing a 100% American-made watch, there are quite a few that are working toward that goal, and getting pretty close. Read on for our top picks for American-made watch brands. 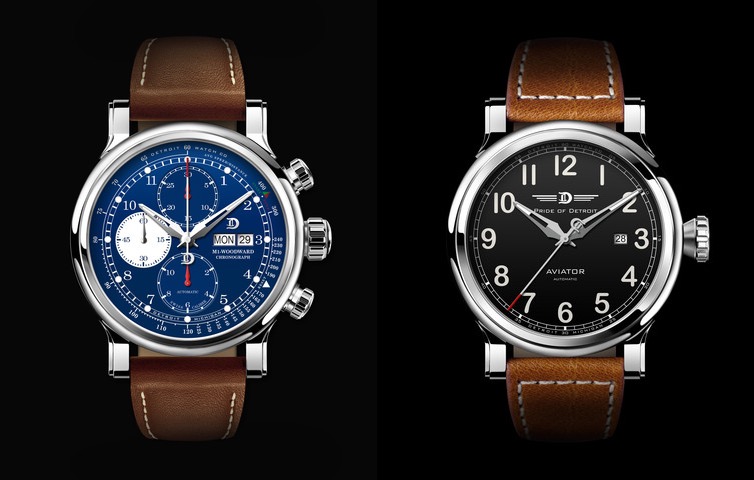 The Detroit Watch Company hand-assembles all of its watches in Detroit. The company designs every component of its watches based on a specific movement — it currently uses Swiss and Japanese mechanical movements — and the movements are cased entirely by the brand, and all components are installed and tested in-house. The design of each watch is intended to evoke a time and place in Detroit. 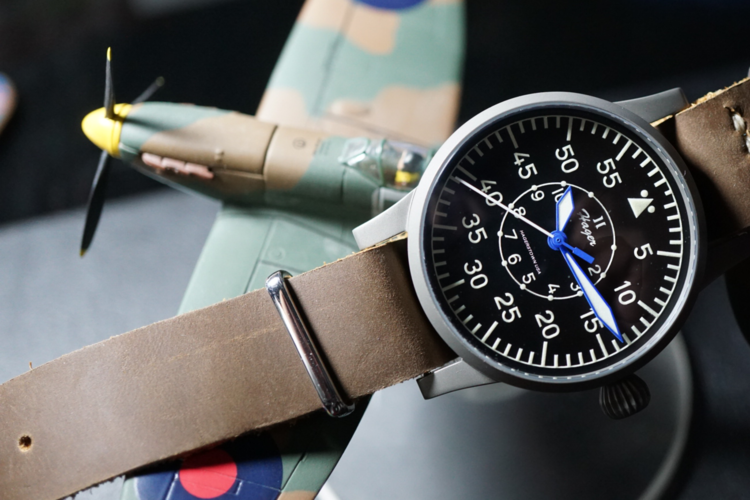 Hager was founded in 2009 with the goal of creating a high-quality automatic watch at an affordable price point. This American brand partners with suppliers and factories in Switzerland, China, and Japan to produce its watches, and relies on high-quality supplies like Seiko, ETA, Miyota, and Superluminova. Hager is an excellent choice if you want a classically-styled watch that can stand up to real use.

Kobold was founded in 1998 as part of a Carnegie Mellon University class project, and in 2006, the company introduced the Spirit of America model, its first to be assembled in the United States. In 2008, Kobold introduced the Spirit of American Automatic, the first serially produced American watch in 39 years, with a case 100% made in the U.S. The company manufactures as many components in the United States as possible.

Martenero assembles its watches in Brooklyn with automatic Miyota movements, and one of the unique things about the brand’s watches is that you can customize the style by choosing the color, dial, hands, and strap — something that not many other watch brands offer, especially not at the relatively affordable prices offered by Martenero. Once you order your watch, a New York-based watchmaker will assemble it to your specifications.

MK II is a brand that offers both custom U.S.-made watches and Swiss-made watches. The company, named for a military designation that indicates the second-generation of a tool or a piece of equipment, aims for utilitarianism, reliability, and timeless styling, and achieves those goals with vintage-styled watch collections that are built by the company’s Swiss partners or assembled to order in the company’s Pennsylvania workshop.

Niall is a luxury brand that uses Swiss automatic movements from Eterna, but manufactures all the other components of its watches in the United States. The cases, dials, crowns, glass, gaskets, screws, straps, and buckles for Niall watches are all made in the U.S., and the company uses state-of-the-art materials to achieve great durability as well as strong design.

Padron is a Minneapolis-based brand that you’ll want to check out if you’re looking for a watch with an original, modern aesthetic. The company uses marine-grade stainless steel, sapphire crystal, and high-grade watch movements in its watches. Each Padron watch is originally designed and engineered, with no common components apart from the movements that are hand-assembled in Minneapolis.

RGM offers what The Americanologists characterizes as “a line of watches that are the closest to full-on Made-in-America that you can get,” with an American-made series of watches that are 90% made in the United States. The company was founded in 1992 by American watchmaker Roland G. Murphy, and combines modern manufacturing with antique, hand-operated machinery. RGM manufactures the movements for its watches, which is unique since many other brands import movements and then assemble their watches in the U.S.

You’ve likely heard of Shinola, the brand that assembles all of its watches in a factory in Detroit. Shinola uses a movement from Ronda AG and other foreign components, but is creating manufacturing jobs in Detroit to bring about a renaissance in American manufacturing. To build out its factory, Shinola partnered with Ronda, which brought in watchmaking experts to train Shinola’s watch assemblers.

Smith & Bradley assembles its watches in Illinois from components designed in the U.S. but sourced globally. One of the goals shared by founders Jerommie Smith and Ryan Bradley is to create watches that “most folks could afford but which could still be passed on.” To that end, the company designs and builds watches that are both rugged and affordable.

Vortic is a unique brand that adapts antique, American-made pocket watches — which were manufactured “before the United States got away from watchmaking in the mid 1900’s” — into wristwatches, complete with cases 3D-printed from stainless steel in the U.S. The movement, dial, and hands of the watch are original to a pocket watch built between the 1890s and 1950s, and Vortic restores, repairs, cleans and calibrates them before assembling each watch. 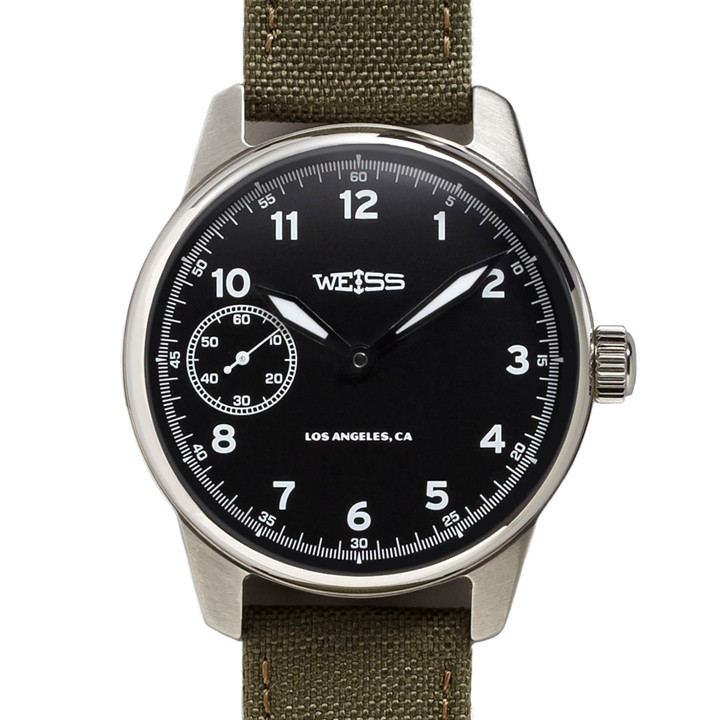 Weiss is another well-known American brand, and assembles its watches in the U.S from American and Swiss components. The company is continuously working to increase the percentage of domestic sourcing with each new watch edition, and claims that it is “the only company resurrecting industry practices that have not been active in the United States for well over a century.” Weiss designs, engineers, and manufactures its own cases and dials in Los Angeles, and finishes each movement by hand.