The 35th America’s Cup takes Bermuda by storm in 2017, and it’s already being called the most epic, exhilarating and entertaining sailing competition of our time. But in the lead-up to next year’s highly anticipated event is the Louis Vuitton America’s Cup World Series, a racing circuit with the best sailors in the world, competing on foiling, wingsailed catamarans. New York recently hosted a race, and next up on the circuit is Chicago, Illinois on June 11-12 before Portsmouth, England, and Toulon, France later in the year. Whew!

Often called “the oldest trophy in international sport,” America’s Cup has transcended the sport into an overall lifestyle. And, leading fashion brands have capitalized on the heritage of the competition with dedicated collections and sailing-inspired pieces. So, even if you’re landlocked, you can still steer your sartorial ship in the direction of America’s Cup with labels that are taking nautical style to the next level. These looks will carry you all the way through until the main event.

Longtime supporters of the America’s Cup since first teaming up for the event in 1983, Louis Vuitton is this year’s overall title sponsor. And, as such, the powerhouse French brand has set forth a diffusion line in celebration of the occasion. Louis Vuitton menswear style director Kim Jones designed a spirited America’s Cup Collection that’s inspired by victory along with the core values of freedom, courage, skill, and competence. There’s no better way to take your look out to sea than with some of these killer separates that nod towards the sailing lifestyle without being too literal. Look no further than the LV accessories infused with sporty, patriotic colors paired with nautical-by-nature sweaters, chinos, shorts, and more to get your style sea legs under you. 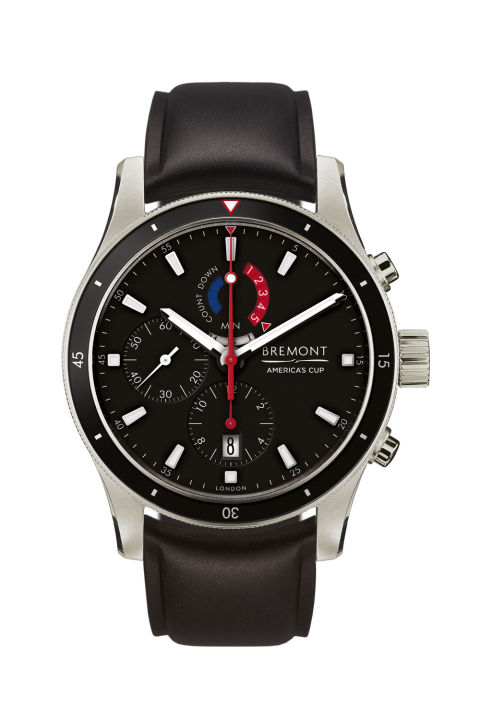 As the Official Timing Partner, Bremont is a no-brainer for the all-important watch accessory. The brand is also working with America’s Cup defending team Oracle Team USA. The titanium Regatta Otusa watch movements have been designed to show a numerical 15-minute display countdown and a five-minute start time along with a 12-hour counter and date function, both of which are rare on Regatta movements. But what is even more significant is that the timepiece actually incorporates carbon fiber from the winning 2013 Oracle Team USA AC72 yacht into the crown — it doesn’t get more authentic or historically significant than that. A limited run, the watch features either a black or white dial with only 235 pieces being produced per color. 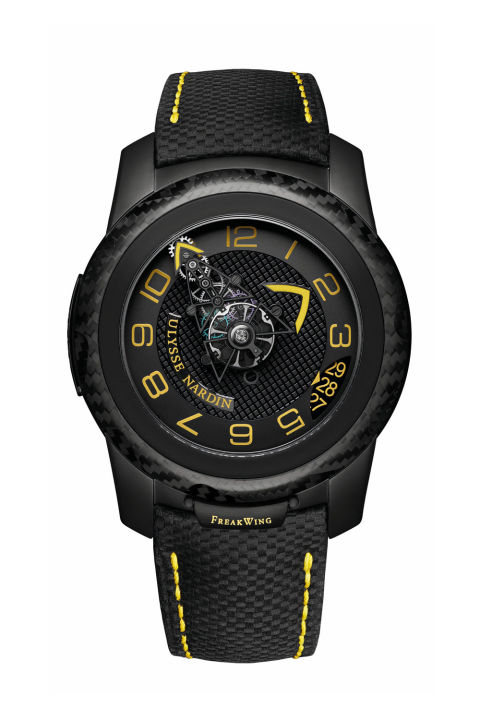 There’s no shortage of team spirit in this special-edition Omega Seamaster Chronograph. The Emirates Team New Zealand gets commemorated here with a design that adds a five-minute regatta countdown to the 30-minute recorder. The watch also features a case embossed with the ETNZ logo, a helium escape valve, and a red-lined waterproof strap that draws inspiration from the boat’s sails.

Sperry and sailing: Is there a more perfect match? We think not. As an official partner of the 35th America’s Cup and the exclusive official footwear supplier of Oracle Team USA, Sperry is a shoo-in for all the ship-shape action — and your wardrobe. The A/O (authentic original) boat shoes are a must. The brand recently celebrated the New York race with customized, branded boat shoes. But they are also working directly with the athletes to develop the best footwear for training and racing in even the toughest of elements.

Vineyard Vines is an “official style” partner of America’s Cup Bermuda — and that status makes total sense. The preppy sportswear label is a far more accessible way to channel your favorite sailing race than, say, a high designer Louis Vuitton look. The available pieces are a bit more logo-centric but that’s not necessarily a negative thing for America’s Cup connoisseurs. From branded regatta jackets to performance polos, gingham button-down shirts, and tees, there is plenty to choose from for the dedicated fan. We have our eye on the handsomely crisp, navy blue “Crest Blazer,” which couldn’t look better with white pants if it tried. A full range of ties and bow ties printed with sailboats, Bermuda shorts, logos, and more are also quite festive — with a side of kitsch, too.