7 Android Phones That Will Tempt You to Ditch Your iPhone

Any iPhone owner can tell you that there are many reasons to love the iPhone, but there are just as many problems with iOS and annoying things about Apple. Many people don’t want to buy new iPhones anymore — some are even opting to hold on to their old iPhones longer. But others are considering switching from iOS to Android, a task that’s annoying and takes some planning but makes it possible for you to explore the wide world of Android phones.

There’s no better time to be shopping for an Android phone than right now. Phones are growing more and more impressive, which means that you don’t have to shell out $700, $800, or more to get a great phone. We think it’s pretty hard to choose the best Android phones of the year, since manufacturers have released so many devices that are interesting and unique. They offer bright screens and lightning-fast performance. They offer dual-lens cameras and modular designs. And they have all kinds of new features to make them even more exciting.

Ahead, we’ve collected a few of our favorite Android phones — ones that may want to make even the most staunch Apple fan ditch their iPhone. Already tempted to defect from iOS to Android? The phones ahead will have you headed to your local Best Buy or carrier store right away. 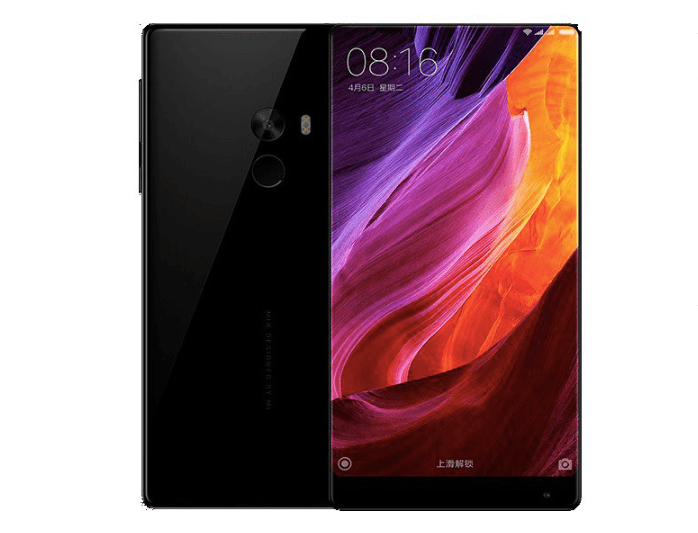 The Xiaomi Mi Mix is one of the few phones on the market that can make you feel like you’re living in the future. Ben Sin reports for Forbes that the device “makes the iPhone 7 look and feel so outdated.” The phone features a bezel-less edge-to-edge design, which gives it more screen real estate than the iPhone 7 Plus even though the two devices are about the same size. It also features high-end specs, like a Snapdragon 821 chipset, 4GB or 6GB of RAM, a 16MP camera, and 128GB of internal storage. Sin reports that “the edge-to-edge display just brings a new experience to watching videos and looking at photos,” and notes that “tech geeks are always complaining that smartphone designs have become boring. Well, this is anything but.”

There’s lots to love about the new Google Pixel, and the larger Pixel XL variant — especially if you want a phone that looks at least a little like an iPhone but offers all the best features of Android and Google services. One of the first things that smartphone buffs noticed about the device is that it looks a whole lot like Apple’s iPhone. Everyone from small bloggers to The Wall Street Journal’s Joanna Stern have noted the resemblance. As Stern writes, “The Pixel looks like an iPhone 7 clone. It comes in two sizes like the iPhone. It’s the same price (starting at $650 for the 5-inch Pixel and $770 for the 5.5-inch Pixel XL). And, for the first time, Google itself controls both the phone hardware and the software. Yep, just like Apple.” For many iPhone fans, the Pixel is an appealing way to move into the Android world without contending with the problems of fragmentation or slow Android updates.

One of our favorite Android phones for people shopping for a budget-friendly device is Motorola’s Moto G4. The device starts at $199, and Andrew Hoyle reports for CNET that its “big, bold screen, water-resistant design and rock-bottom price” make the Moto G4 “a dazzling deal.” The fourth-generation Moto G builds on the successes of previous iterations of the phone. This model features a bigger and brighter 5.5-inch full HD display plus a faster octa-core processor. It also offers water resistance and expandable storage. You can spend a little more for the G4 Plus and get a fingerprint sensor and a slightly better camera, or spend a little less for the G4 Play and forego the big screen and faster processor. What’s great about this device is that you can find the perfect variant for the features you want and the price you want to pay — something that isn’t as easy to do when shopping for an iPhone. 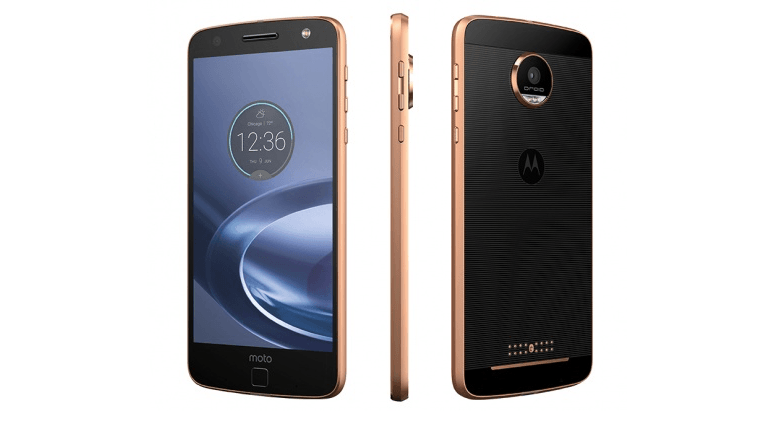 The Moto Z Force Droid made our list of best Galaxy Note 7 alternatives, and we also think that it’s a phone that plenty of iPhone users will love. The device offers a shatterproof screen, a large battery, and an impressive camera system. The phone also supports swappable modular accessories, called Moto Mods, which connect to the phone via magnets. Not everyone likes these specific modules, or even the idea of modular accessories at all. But the system’s Moto Mods can boost the battery life of the phone, enable you to listen to music through a bigger speaker, or even let you use your phone as a mobile projector. With a Snapdragon 820 processor, shatterproof 5.5-inch display, 21MP f/1.8 rear-facing camera, and a 3,500mAh battery with fast charging, the device starts at $720, and Moto Mods cost $59 to $299.

The LG V20 is large and impressive | LG.com

Another phone that we recommend as a replacement for the Galaxy Note 7 is the LG V20. This can be a great choice for iPhone fans who want a big, beautiful, powerful phone. Like the Note 7, the V20 is a large phone with impressive specifications, and it promises to offer some of the same advantages in performance and camera quality. While it doesn’t have Note series features like the S Pen, it does have a few unique features of its own, like the Second Screen above the main display and a dual-camera system that includes a wide-angle lens. Plus, it’s going to be the first non-Google phone to ship with Android 7.0 Nougat, which is a pretty exciting drawing card if you want your first Android phone to feature the latest version of the operating system.

The OnePlus 3 may be one of the best Android phones of 2016 | Oneplus.net

The OnePlus X is another Android phone that nails the iPhone aesthetic, and as Mike Murphy reported for Quartz, the device is “half the price of an iPhone and looks just as good.” The OnePlus X is great — but we’d also recommend considering the OnePlus 3, which is a more powerful phone and, in fact, may be one of the best 2016 Android phones for users who want great performance without a budget-breaking price tag. Brian Barrett reports for Wired that the $399 OnePlus 3 “stuffs amazing specs (6GB of RAM? Sure!) in an iPhone-thin body.” The device features a Snapdragon 820 processor, 6GB of RAM, 64GB of storage, a 5.5-inch 1080p AMOLED display, and “Dash Charge” fast charging functionality. The aluminum alloy body is thin but sturdy, and OnePlus says that an update to Android 7.0 Nougat is coming to the OnePlus 3, which makes the device even more attractive.

The ZTE Axon 7 is an affordable and powerful option for typical iPhone users | Zteusa.com

The ZTE Axon 7 is another strong contender for the title of 2016’s best affordable Android phones. Bailey Stein reports for Android Authority that the device is “nearly free of compromise,” with a great display, elegant metal design, exceptional performance and battery life, and “remarkable” stereo speakers. A 5.5-inch Quad HD AMOLED display, Snapdragon 820, 4GB of RAM, Adreno 530, 64GB of storage, and microSD card slot are impressive specs. The 3,250mAh battery offers excellent battery life, and the 20MP f/1.8 camera performs well. The device is unlocked and compatible with every major 4G carrier in the U.S., which means it will be relatively easy for most people to switch to.