9 Most Annoying Things About DirecTV

Internet and TV providers are notoriously annoying companies. From Comcast’s purposefully-annoying data caps to the horrendous customer service offered by companies ranging from Time Warner to Dish, it’s hard not to be aware of the many ways in which internet and TV providers annoy and alienate their customers. DirecTV is no exception. DirecTV is a satellite service provider that, as of mid-2015, became a subsidiary of AT&T. It has its own set of annoying policies, and has made a number of missteps ranging from ill-fated advertising campaigns to consumer-hostile policies. Read on to check out the nine most annoying things about DirecTV and see how your experiences measure up.

1. Bad weather can cause outages 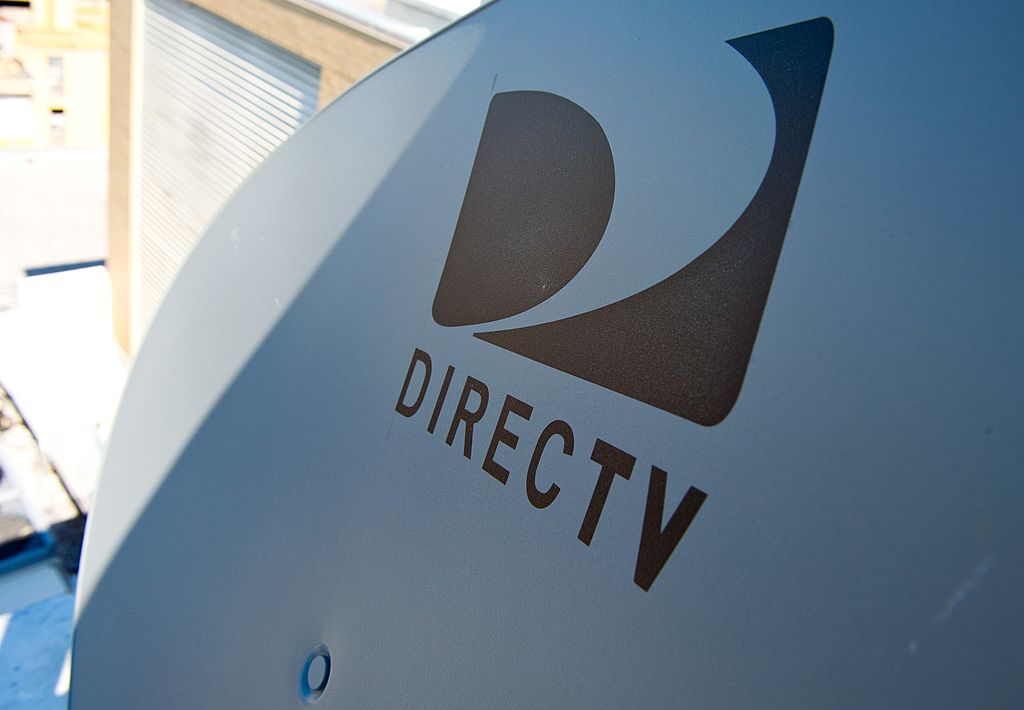 Bad weather can cause all kinds of problems with your DirecTV service. While a normal rainstorm likely won’t disrupt your service, you can expect that a heavy downpour, a period of freezing rain, moderate to heavy snow fall, or lightning will interrupt your service. Sometimes, the disruption lasts for only a few seconds, while in other situations, your service may be out for an hour or more. And if you live in a state where it’s cold enough to snow a significant amount in the winter, you can look forward to bad reception until you clean the snow off of the satellite dish. Reviews.com advises that if you live in an area that routinely experiences harsh weather, you should be aware that you’re going to experience temporary disruptions. 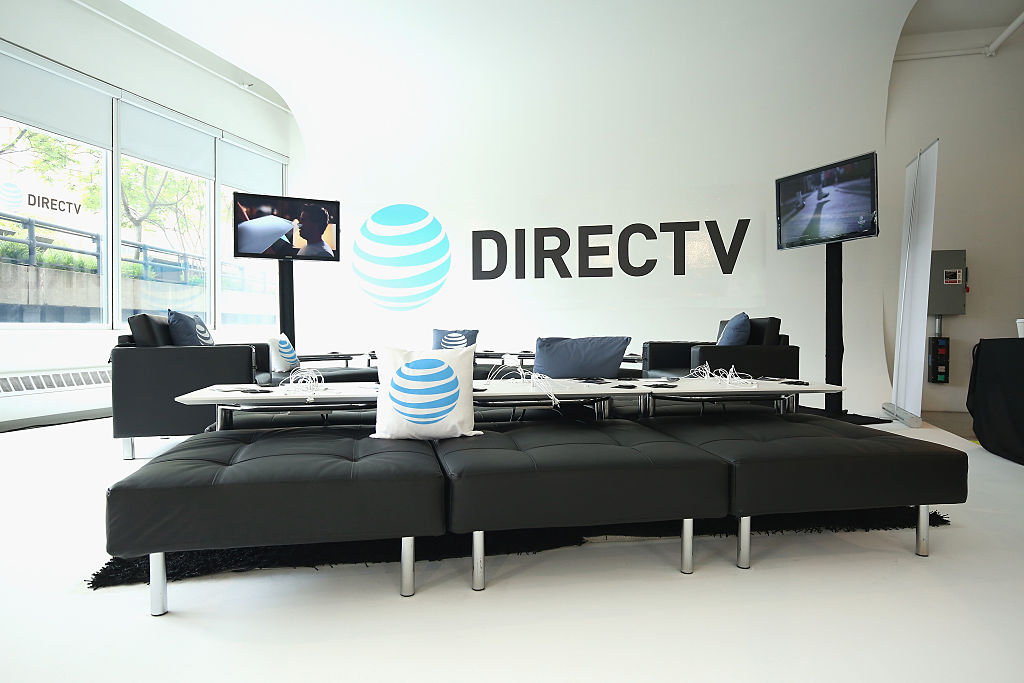 Reviews.com reports that another drawback to signing up for DirecTV service is the fact that all standard DirecTV contracts require a two-year agreement. That isn’t an issue for many customers, particularly those who plan to live in the same place for several years or who like sticking with the same provider. But if you’d prefer to try out different providers or if you aren’t sure how long you’re going to be living at your current house or apartment, that two-year agreement may be a problem. Additionally, contracts that are cancelled early are often subject to extra fees, which brings us to our next DirecTV complaint. 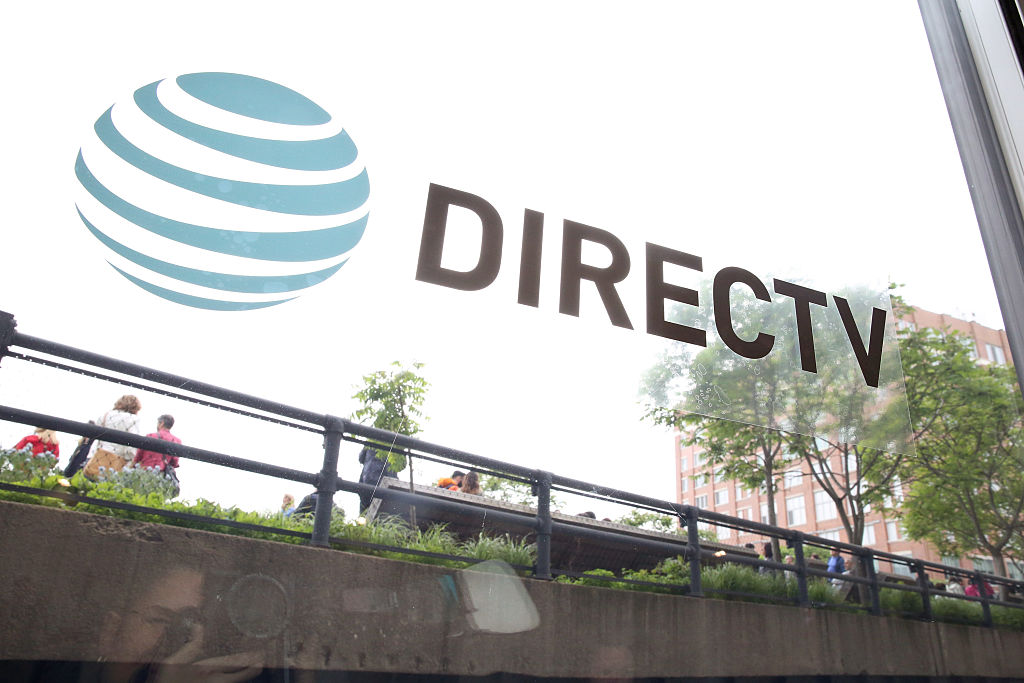 In 2008, the Boston Globe reported that consumers had registered more than 20,000 complaints with the Better Business Bureau in less than three years regarding DirecTV’s cancellation fees. Also in 2008, consumers filed a class-action lawsuit with the Los Angeles Superior Court to stop DirecTV’s practice of charging early cancellation fees. The lawsuit claimed that the company didn’t disclose the fee to new customers or existing customers, and in 2009 an injunction was filed to stop DirecTV from automatically debiting the fees to customers’ bank accounts or charging their credit cards without written consent. DirecTV has also been accused of other deceptive practices, including unclear and unfair advertising, automatically extending contracts, failing to disclose terms of its TV packages, and unfairly retaining deposits.

4. You have lots of equipment to install and maintain 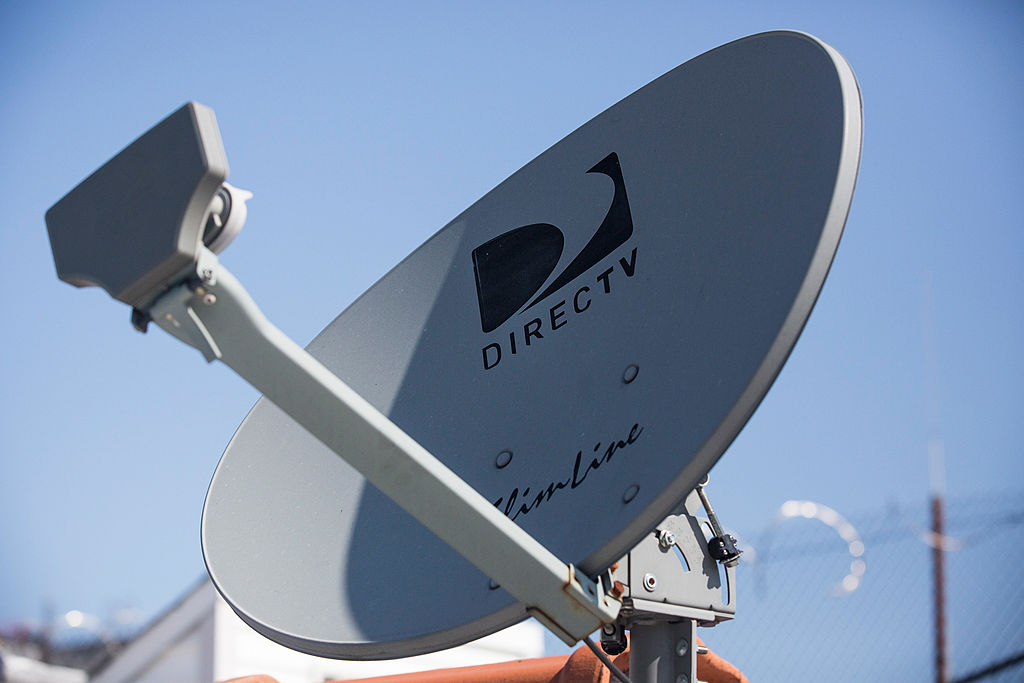 While DirecTV’s current satellite dishes measure just 18 to 20 inches, and are much smaller than the first-generation models, you’ll still need to have one installed at your home. That can be a problem if you live in an apartment complex or even in a rented house. Additionally, you’ll have to maintain receiving equipment including a satellite dish, a receiver and decoder, and a DirecTV access card. The result is that many cautious consumers feel compelled to shell out extra for protection plans that cover the repair or replacement of leased equipment in the event of damage caused by lightning, power surges, floods, or other events.  Ars Technica reported early in 2016 that in the near future, customers will be able to buy DirecTV packages that don’t require a satellite dish or a set-top box, but it’s still unclear which channels will be included, what on-demand and live programming users will be able to access, and which networks will participate.

5. DirecTV is a subsidiary of AT&T

In 2015, DirecTV was acquired by AT&T, which wanted to increase the modest share of the pay TV market it had achieved with its own U-verse brand. AT&T announced not long after that it planned to phase out the DirecTV brand and market the new home entertainment platform created by combining DirecTV and U-Verse as “AT&T Entertainment.” AT&T is one of the top five companies that people hate calling for customer service, so for many consumers, the fact that AT&T now owns DirecTV is a pretty big drawback. Plenty have complained that DirecTV customer service has gone downhill since the acquisition, which brings us to our next point. 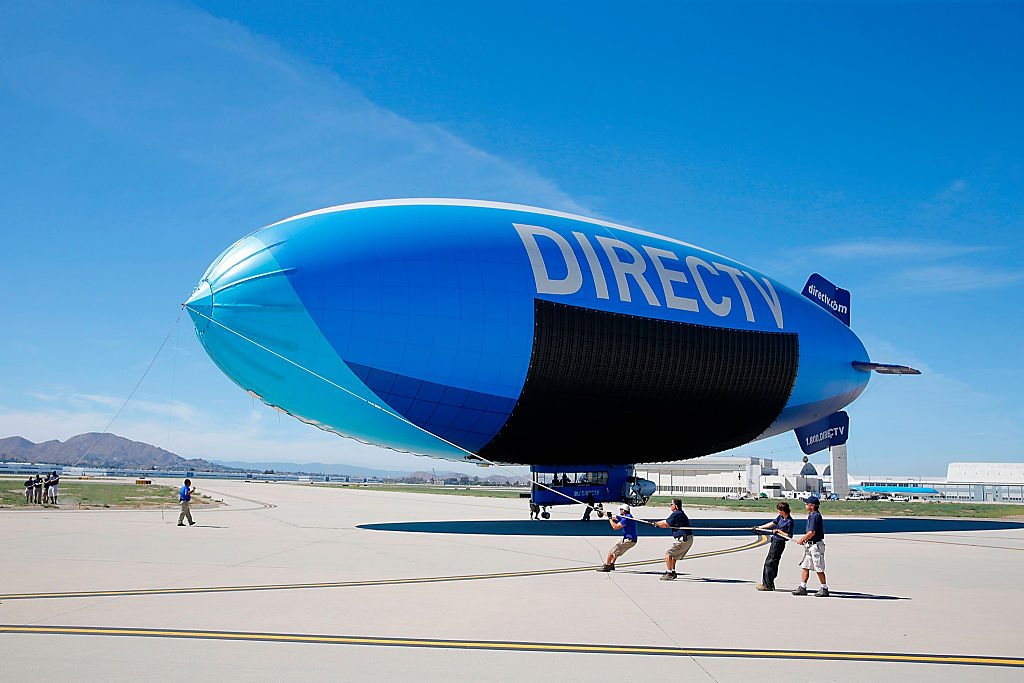 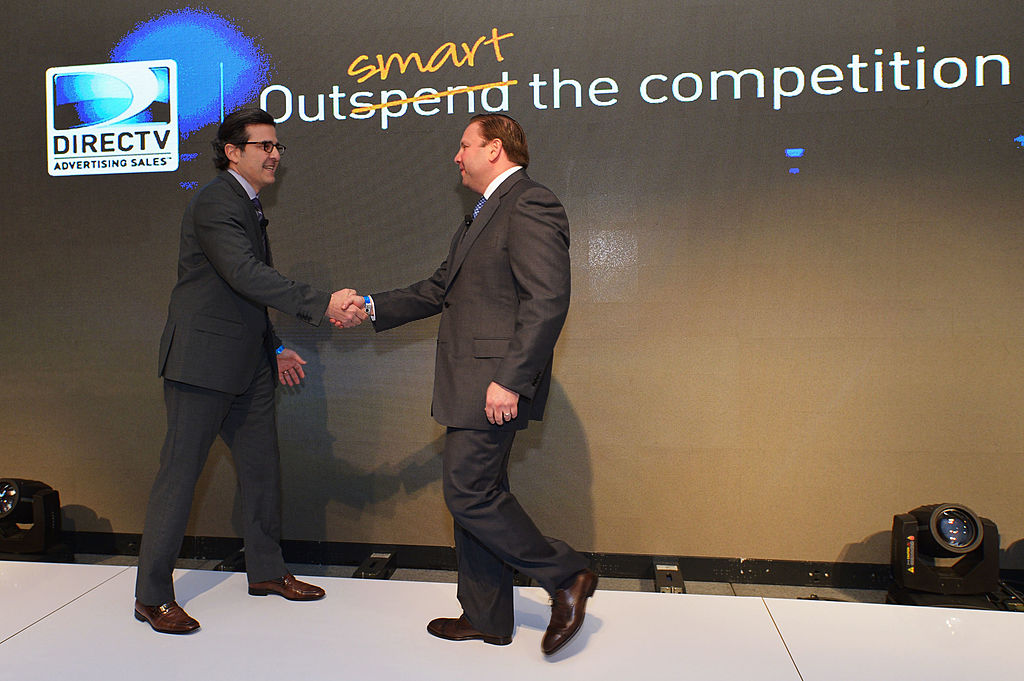 As The Washington Post reported in 2007, DirecTV has taken an overtly male-oriented angle in marketing its satellite TV service. At the time, the company was in the midst of its “Fourth Wall” ad campaign, which involved painstakingly recreating scenes from popular movies, out of which the starring actor or actress would step out and speak directly to viewers in order to sell DirecTV service. As the Post noted, “men are the primary buyers of satellite TV service,” which means that the ads “tend to trade off macho action films and goofy comedies … DirecTV has also targeted men by using athletes and coaches in the campaign (one featured Colts quarterback Peyton Manning interrupting his signal calling to yell at the camera). And others have just been plain babelicious: Pamela Anderson re-created her ‘Baywatch’ lifeguard in one and Jessica Simpson reprised her ‘Dukes of Hazzard’ role in another.” The “Fourth Wall” ads may have been innocuous, but BuzzFeed later reported that plenty of consumers were offended by a later campaign that used swimsuit models to caution users against choosing cable over DirecTV.

8. The company has been slow to the over-the-top service game 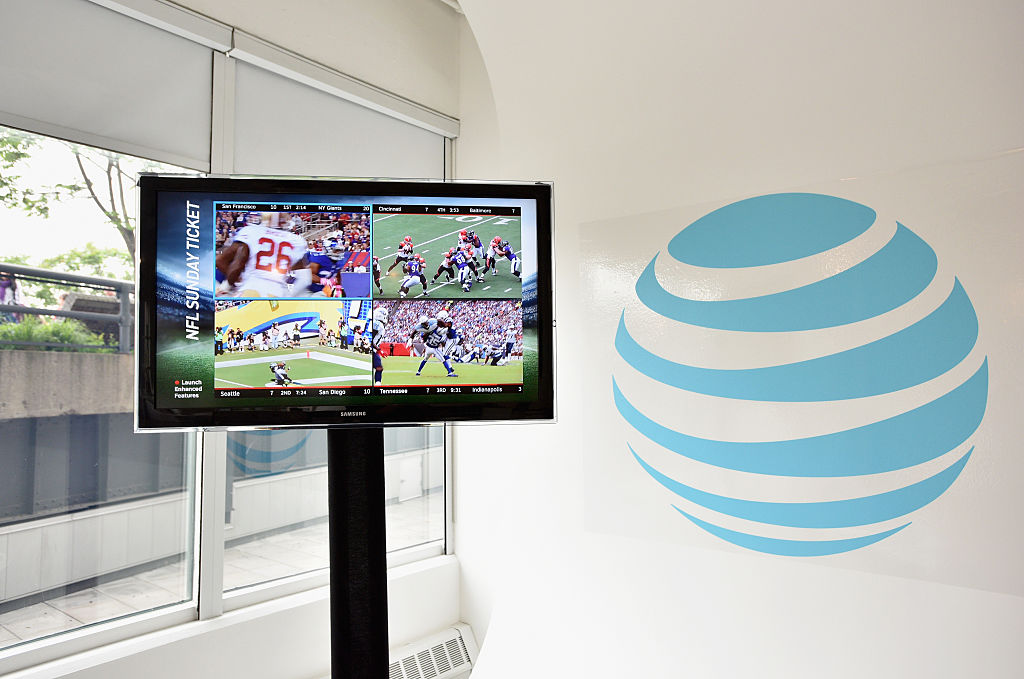 AT&T plans to launch an over-the-top service called DirecTV now by the end of 2016, but currently, the company doesn’t have a service like Dish Network’s Sling TV. Mike Farrell reports for Multichannel that DirecTV Now “will be a game changer” for “customers who have managed to resist the temptation of a pay TV subscription,” since DirecTV Now will be a “streaming video option chock full of on-demand and live content.” That means that people who don’t want a full TV subscription will gain another streaming option — one that DirecTV probably should have already introduced by now. Additionally, AT&T is expected to launch DirecTV Mobile to enable users to watch on their phones.

9. There are tons of great alternatives to satellite TV (or cable) 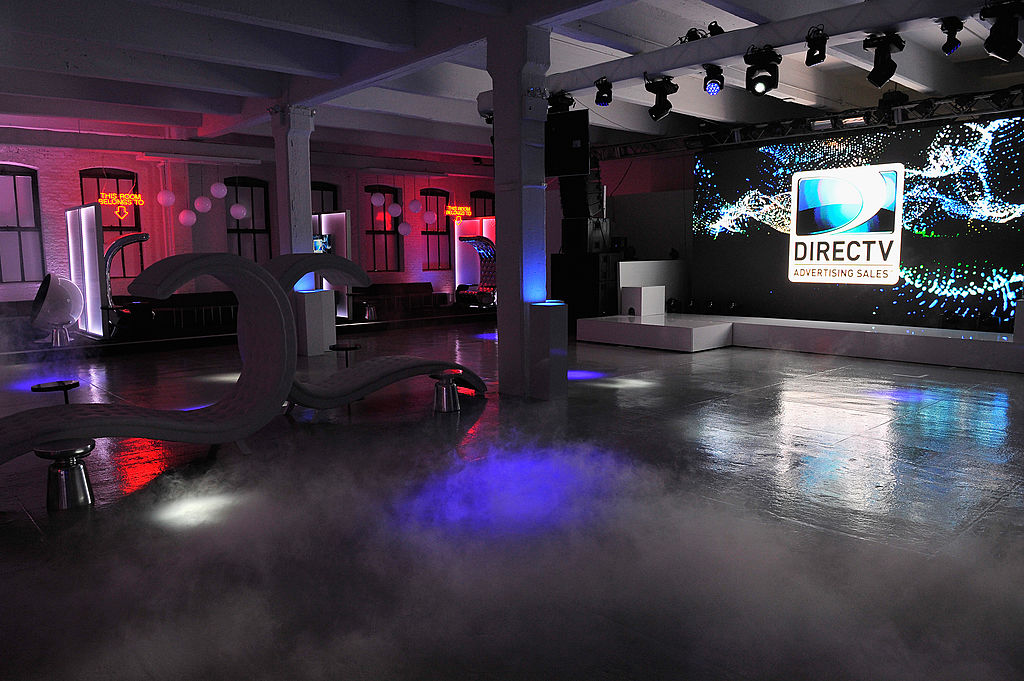 Perhaps one of the most annoying things about your existing DirecTV service is that you know that there are tons of great alternatives. Plenty of streaming services enable you to watch your favorite movies and TV shows online, and especially if you’re on the fence about whether you really need to keep your DirecTV service, paying that monthly bill can get extremely annoying.