Apple Music on Android: Is It Worth It? 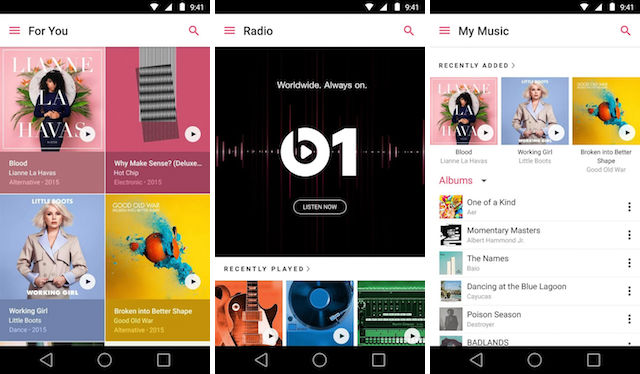 The long-awaited version of Apple Music for Android debuted on Google Play in beta this week, allowing Android users access to Apple’s vast music catalog for the first time. The release of Apple Music on Android could be traced back to Apple’s purchase of Beats, which offered versions of its own music service for both iOS and Android devices. But does Apple Music transfer well to Android, or do you still need an iOS device to really get the best of Apple’s music service? To answer the latter question: surprisingly, no.

Early reviews of Apple Music for Android are already rolling in and are mostly positive. Engadget’s Nathan Ingraham says that “the user interface is a surprisingly tasteful blend of what Apple put together for iOS that still feels native to Android,” while Ars Technica’s Sam Machkovech says “the app functions just like on iOS and loads Apple Music playlists you’ve created on other devices” — although Machkovech does point out it’s still a little rough around the edges.

Apple is pretty clear about what does and doesn’t work, stating on its app page on Google Play that this is beta software. As of press time, the beta is not able to play music videos, and you cannot sign up or upgrade to a family membership through the Android version of the software. Apple also explains that early adopters may find the signup process a little awkward at points, as it has yet to be optimized for Android. Regardless of these issues, people seem genuinely impressed.

iTunes user or not, it’s worth a try

Those who have split their loyalties (by owning both a Mac and/or iPod touch and an Android phone, for example) will finally be able to access their music libraries on both devices without any convoluted process involved. That’s definitely a plus. 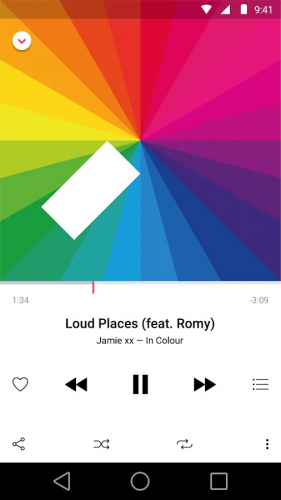 Even if you don’t own any Apple devices at all, you’ll still receive the same benefits — including the free three-month trial — that are offered to iOS customers. While you’ll need to enter a credit card, you won’t be charged until the end of the trial period, and there is no contract term. If you’re already an Apple Music subscriber though, all you need to do is enter your login credentials.

You shouldn’t have too much of a problem navigating the app as Apple made some effort to make navigation as familiar as possible to Android users.

In making the rounds of the various tech publications to demonstrate Apple Music for Android, Apple’s SVP of Internet Software and Service, Eddy Cue, told TechCrunch that it’s up to Android users as to where the app will go.

“We’ll be getting feedback from customers and seeing where they’d like us to go,” Cue says. “One of the things is that we obviously don’t know a lot of these Android customers and we’re excited to hear what they’d like us to go do.” Initially the app is only optimized for phone use but will likely run on tablets as well. Whether other devices, like Android Wear and so forth, are supported will depend on user feedback.

It’s not a disaster like Apple Music on iOS

Engadget’s Ingraham also notes that compared to early releases of Apple Music on iOS, the Android app feels a lot less buggy. He even goes further, saying that the layout of Apple Music on Android may be better, as things feel less cluttered.

Indeed, as a user of Apple Music on iOS myself, clutter is still a problem for the app. Whether it’s the design considerations that Android developers must keep in mind in designing Android apps or something else, Apple Music here might ironically be a tad better than its native OS counterpart.

But do Android users have any real reason to buy Apple Music? No doubt, the first adopters of it will likely be the ones we expect: those who have split their loyalty. But with the same three-month trial that iOS users got, Apple Music still seems like something that is at least worth a try.