Apple Pay, Android Pay, and Samsung Pay: What You Need to Know

Contactless payments (also called “tap to pay”) are picking up steam these days, with Apple, Samsung, and Google all offering services of their own. They all work essentially the same, using technology known as “Near Field Communication” — or NFC — to securely transmit payment information from your phone or device to compatible credit card readers.

Use of these services are still pretty rare, even though there are hundreds of thousands of locations where contactless payments can be used. A recent study from research firm Placeable found that only 9 percent of consumers are using contactless payments if it’s available — that’s a pretty small number.

Even with so few consumers actually using this technology, tech companies still think that you’ll warm up to the idea soon. If you’re one of the people on the fence and are looking to learn more about this technology, you’ve come to the right place.

What you need to know first

Before we get started, do keep in mind that not all phones work with tap to pay. For Apple devices, you’ll need to own an iPhone 6 or newer, and for Android, you’ll need to make sure your device supports NFC (a good portion of Android devices now do). Samsung Pay is limited to only the newest Samsung phones out there. If you have an older device, you may be out of luck.

We’ll list current compatible devices with each option as a courtesy, but be sure to check each individual service’s website for the most current information. 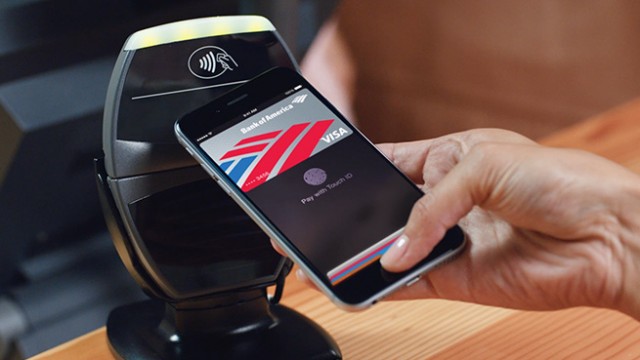 Apple Pay is maintained by Apple itself. Currently around one million or so locations nationwide are Apple Pay-ready according to the company, although you’ll need to add and use a credit or debit card that is compatible with Apple Pay. Most of the larger banks in the country have enabled Apple Pay, but once you get to smaller regional banks and many credit unions, you may be out of luck.

Store credit cards don’t work right now, although we do hear rumors that some major retailers may be adding their store cards in the coming months. Also, with some major retailers deciding to turn off mobile payments altogether, you might find yourself out of luck (Walmart, Best Buy, and Target are great examples, says Tom’s Guide). 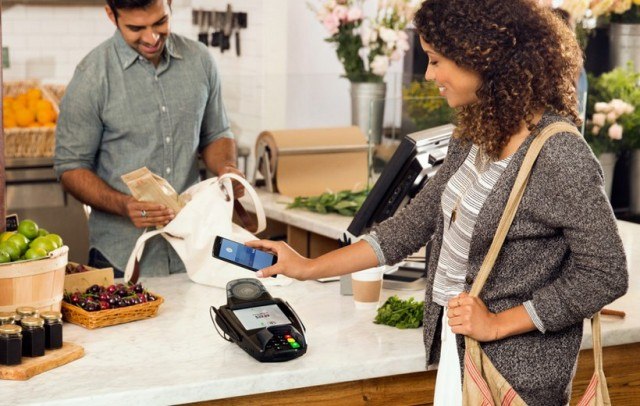 Android Pay works at the same locations that Apple Pay does, however the service is compatible with a lot more phones. Compatible devices come with the app installed according to Android Pay’s website, but if you have an NFC-capable device, you can download the app from Google Play (no guarantees it will work, though).

The wider compatibility makes Android Pay the most attractive option of the three major services, however it’s well behind Apple in the number of banks that support it according to Yahoo. Also, Android Pay runs into the same issues when it comes to store card compatibility, and very few apps support it for in-app purchases at the moment. 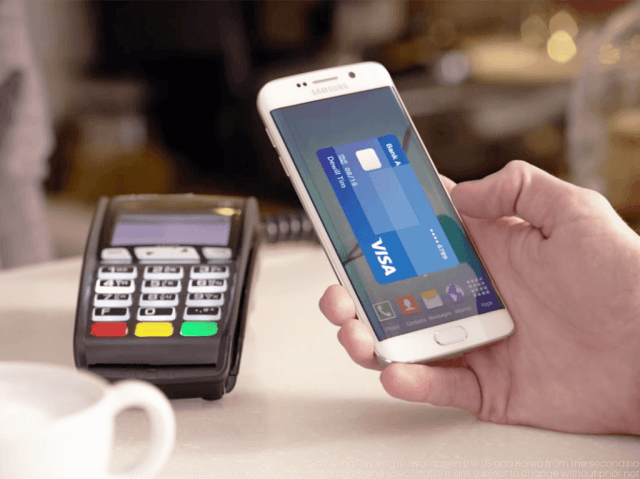 Compatible Devices: Galaxy S6 or Note 5 and later only

Samsung Pay is perhaps the most interesting of the three services because it not only supports NFC but includes technology called “magnetic secure transmission” (MST). MST mimics the magnetic stripe of your card. In theory, you just need to place your device on top of any card reader for it to work.

What does this do? Instead of the million or so NFC-enabled payment terminals, Samsung claims users have nearly 30 million places where they can use Samsung Pay. But there’s one big caveat to this widespread compatibility: If you have to insert your card, MST doesn’t work because the signal is not strong enough.

Tom’s Guide also calls into question MST and its claims of widespread compatibility, too. The site found that in some cases, some guesswork was needed to place the phone correctly in order for it to work. Our suggestion? Swipe your card instead at these places if there’s a line behind you.