6 Apple Rumors: From Touch ID for Mac to Plans for Siri

An exciting assortment of Apple rumors surfaces each week and offers a glimpse into the current state of speculation about upcoming iPhones, new iPads, and the next updates for Apple’s operating systems. This week, there were new rumors and reports about Apple’s plans for Siri, the MacBook Pro that the company may release later this year, new features for the Apple Watch, and the iPhones that Apple will release in 2016 and 2017. Read on for the week’s most interesting Apple rumors.

1. Apple may debut a Siri SDK at WWDC this summer

Mikey Campbell reports for Apple Insider that Apple is planning to debut a Siri software development kit at this year’s Worldwide Developers Conference, and could introduce a speaker device similar to the Amazon Echo. According to The Information, the move comes after years of back-and-forth about how to best open Siri up to the development community. So far, Siri has only a small number of app integrations, and an SDK would open the virtual assistant’s largely closed ecosystem.

While there aren’t yet too many details on the SDK that Apple is reportedly planning to release at WWDC, it’s expected to include things like a generic search term box populated with Siri’s voice recognition module. Apple is said to have begun developing a product that will be received as a competitor to Amazon’s Echo well before Amazon launched its smart home product last year. Apple’s device is said to integrate with the HomeKit protocol to control various smart home devices, and Siri integration would grant access to internet queries and iCloud services like Calendar, Contacts, iMessage, and Mail.

Jordan Novet reports for VentureBeat that Apple’s answer to Amazon Echo could take the form of a next-generation Apple TV, rather than a new hardware product. Apple has reportedly considered several different options, including turning the existing Apple TV into a more comprehensive assistant, making the Siri Remote the key device, or even building a standalone speaker like the Echo. VentureBeat’s source reports that a new version of the Apple TV will eventually be equipped with its own microphone and speaker. Novet notes that the choice to merge Echo-style hardware with a set-top box is an interesting response to the strategies taken by Google and Amazon.

2. The iPhone 7 could feature four speakers and a bigger camera 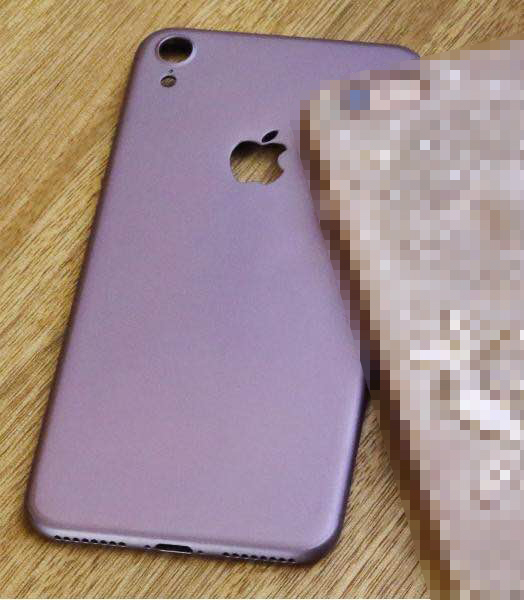 Tom Brant reports for PC Mag that the iPhone 7 could be equipped with four speakers and a larger camera. Images of a prototype equipped with quad speakers, a larger flash, and a higher-aperture camera surfaced, and supposedly came from a promotional video for an Italian case manufacturer according to the French blog NowhereElse.

Brant notes that rumors “have been all over the map” when it comes to the iPhone 7’s external appearance. If the images are genuine — something that’s far from certain — that would mean that Apple is planning a big change from the form factor of the current iPhone 6s. That conflicts with numerous leaks and rumors that indicate that Apple will keep the form factor of this year’s iPhone largely consistent with the current iPhone 6s, saving a major redesign for the iPhone models it releases in 2017 instead.

The leaked images indicate that the four speaker grilles could be positioned in pairs along the top and bottom edges of the phone. The bottom edge also appears to feature a Lightning connector, which has been rumored, on and off, to replace the traditional 3.5mm headphone jack that Apple may or may not jettison with the iPhone 7. Benjamin Mayo reports for 9to5Mac that it’s strange that this leak departs so dramatically from previous rumors and leaks, especially since the images purport to show a 4.7-inch model when only the 5.5-inch model is expected to get a significantly upgraded camera.

3. Soon, you may be able to unlock your Mac with your iPhone

Juli Clover reports for Mac Rumors that Apple is working on an OS X 10.12 feature that would enable Macs to be unlocked via the Touch ID sensor on iPhones. Unlocking your Mac with your fingerprint instead of a password would make it much easier to keep your devices and data secure, while still making it convenient to log in. There’s been continued speculation that Apple will introduce dedicated Touch ID fingerprint scanning tech to its Mac lineup — just see the next page for the current state of those rumors — but a feature that would enable you to unlock your existing Mac with your iPhone’s Touch ID sensor could comes as soon as the release of OS X 10.12.

The feature would use Bluetooth LE frameworks and would presumably work in a manner similar to the automatic unlocking function on the Apple Watch, which enables an unlocked iPhone to bypass the passcode restriction on a paired Apple Watch. It’s also possible that a connection with an Apple Watch could enable you to unlock your Mac even when your iPhone isn’t present. Clover notes that the feature will likely work in conjunction with Apple Pay support for web browsers, and Touch ID authentication could be used to authorize purchases via Siri on the Mac.

4. Thinner, lighter MacBook Pros may be coming later this year

Chance Miller reports for 9to5Mac that according to a new research note from KGI analyst Ming-Chi Kuo, Apple is planning to release thinner, lighter MacBook Pros in the fourth quarter of the year. The company is expected to introduce new 13-inch and 15-inch models, with Touch ID support and a new OLED display touch bar above the keyboard. The OLED display touch bar would replace the physical function keys along the top of the keyboard, and the design will reportedly feature new metal injection-molded hinges. The refreshed MacBook Pros are also said to feature USB-C support and Thunderbolt 3.

In addition to introducing new 13-inch and 15-inch MacBook Pro models, Apple is also expected to unveil a new 13-inch MacBook that’s similar to the 12-inch Retina model it just upgraded. According to Kuo, Apple plans to make the MacBook Air the entry-level option in its MacBook lineup. The standard MacBook will then become the mid-tier option, and the MacBook Pro will remain the high-end variant.

5. Apple may equip its 2017 iPhones with OLED screens

Alex Webb and Ian King report for Bloomberg Technology that Apple’s suppliers are preparing to provide Apple with OLED screens for the iPhones it releases in 2017. As they note, OLED screens are thinner than the LCDs that Apple currently uses because they don’t require a separate backlight. They not only present colors more brilliantly but do so more efficiently, which could help to extend the iPhone’s battery life. Numerous Apple suppliers have announced increased spending on the technology in the past few months.

Notably, it’s OLED technology that also makes curved displays possible, and OLEDs could lead to flexible screens in the future. OLEDs have taken longer to make their way into mainstream products because they are more difficult to manufacture than LCDs, but it’s long been speculated that Apple is planning to make the switch to OLEDs in at least parts of its iPhone lineup.

Killian Bell reports for Cult of Mac that Tim Cook has dropped a few hints that the Apple Watch will get better at monitoring your health and fitness. Speaking recently at Startup Fest Europe in Amsterdam, Apple’s chief executive said that the Apple Watch could eventually tell you when it’s time to go in for a checkup. Cook said that monitoring your health should be more like monitoring a car. While the Apple Watch can already remind you when it’s time to stand, set exercise goals for you to achieve each day, and track all kinds of data to help you monitor your progress, Cook thinks that it could do more.

The idea is for the Apple Watch to gain the ability to monitor more of what’s going on in your body. Even shortly after the initial launch of the Apple Watch, the company made it clear that it had bigger ambitions for health and fitness tracking, and the device was originally tested with more sensors, including ones that could read metrics like blood oxygen and blood pressure. Those particular sensors weren’t reliable enough, so Apple ended up cutting them before shipping the device. But future versions of the Apple Watch are very likely to do more than what the original Apple Watch is capable of doing today.