Apple Users: Which of Your Devices Need New Updates? 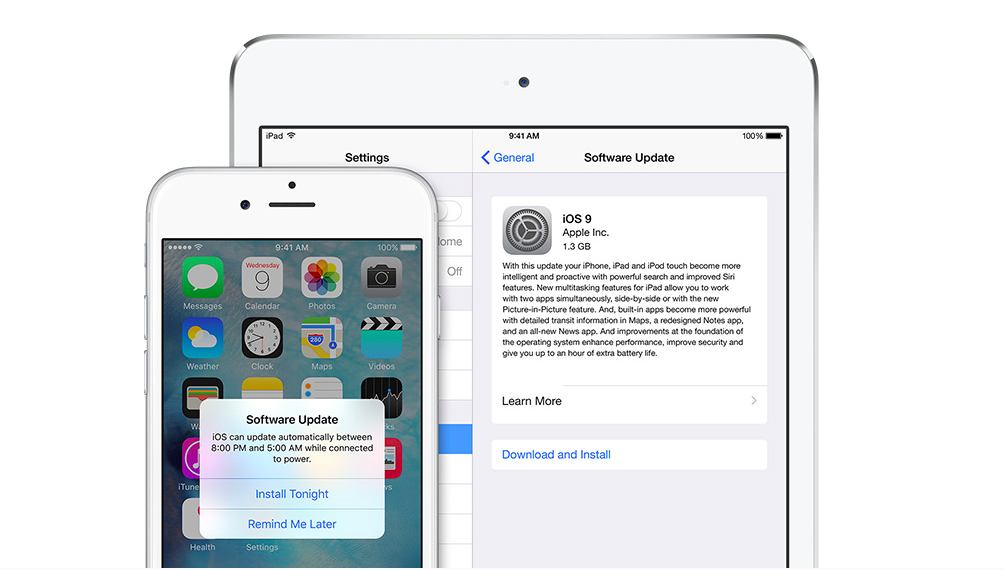 If you own a lot of Apple devices, then you’ve probably realized that it sometimes gets difficult to make sure that everything is updated all the time. Between numerous app updates and the occasional operating system update, it’s not hard to keep using the old version of a software for a few days before even realizing that there’s something you should update.

In what Ars Technica’s Jon Brodkin terms a “mega-Apple update day,” the company released upgrades for OS X, iOS, watchOS, and tvOS — which means that it’s time to update not only your Mac, your iPhone, and your iPad, but also your Apple Watch and Apple TV. Even though installing updates can be a pain, and make you step away from your beloved devices for a few minutes as everything downloads and restarts, these software upgrades are well worth the time and effort. Here’s how all of the updates Apple just released will make your devices better.

Update your iPhone and iPad with iOS 9.2

Apple’s update for the Mac’s operating system focuses on adding stability instead of adding new features, but that doesn’t mean that it’s a good one to skip or to procrastinate downloading. (It’s definitely worth the few minutes it requires you to step away from what you’re working on.) The latest version of OS X improves the reliability of Wi-Fi, Handoff, and AirDrop; fixes issues with Mail, FaceTime, and Messages; improves the user experience with Bluetooth devices; and improves iCloud photo sharing for Live Photos.

Update your Apple Watch with watchOS 2.1

The main feature of the latest update for the Apple Watch operating system is the addition of system support for more languages: Arabic, Czech, Greek, Hebrew, Hungarian, Malay, Portuguese, and Vietnamese. The update also adds support for a right-to-left user interface, plus a complication for Islamic and Hebrew calendars. The update also adds bug fixes for a number of different issues, including one that would prevent events from being displayed in the calendar complication, one that would prevent the time from displaying in power reserve mode, and one that would prevent third-party apps from launching. Other bugs that the update should fix include third-party app icons that don’t display correctly and the instability that resulted from changing the system language.

Upgrade your Apple TV to tvOS 9.1

If you have an Apple TV, the latest update — which is available only for the fourth-generation set-top box — is one you’ll definitely want to download. The update enables you to control Apple Music with Siri, and also offers a solution to a long-standing problem with the new version of the Apple TV: that the existing Remote app for iPhone, which works with older generations of the Apple TV, doesn’t work with the new Apple TV. tvOS 9.1 enables you to finally use the iOS Remote app (or the Remote app on the Apple Watch) to control the new Apple TV. (Previous generations of the Apple TV could already be controlled by the Remote apps on both iOS and watchOS.) Because Apple doesn’t provide a full list of release notes for tvOS, it’s likely that the update includes some bug fixes and performance improvements that we don’t know about yet.