Apple Watch 2: What Makes it Better?

Wondering how the new Apple Watch 2 is better than the original Apple Watch? Here’s what you need to know about the new features that will make the biggest difference. | Stephen Lam/Getty Images

Next to the iPhone 7, the new Apple Watch 2 has been one of Apple’s most anxiously-awaited products. Long the topic of speculation in the ever-churning Apple rumor mill, the second-generation Apple Watch was expected to bring a variety of important upgrades. But it wasn’t clear which ones would actually make it into this year’s version of the device until Apple unveiled the Apple Watch 2 alongside the iPhone 7 at its launch event in San Francisco.

Read on to learn about the features that make the Apple Watch 2 better than the original Apple Watch — and determine whether those improvements are reason enough for you to upgrade your current watch (Apple or otherwise). 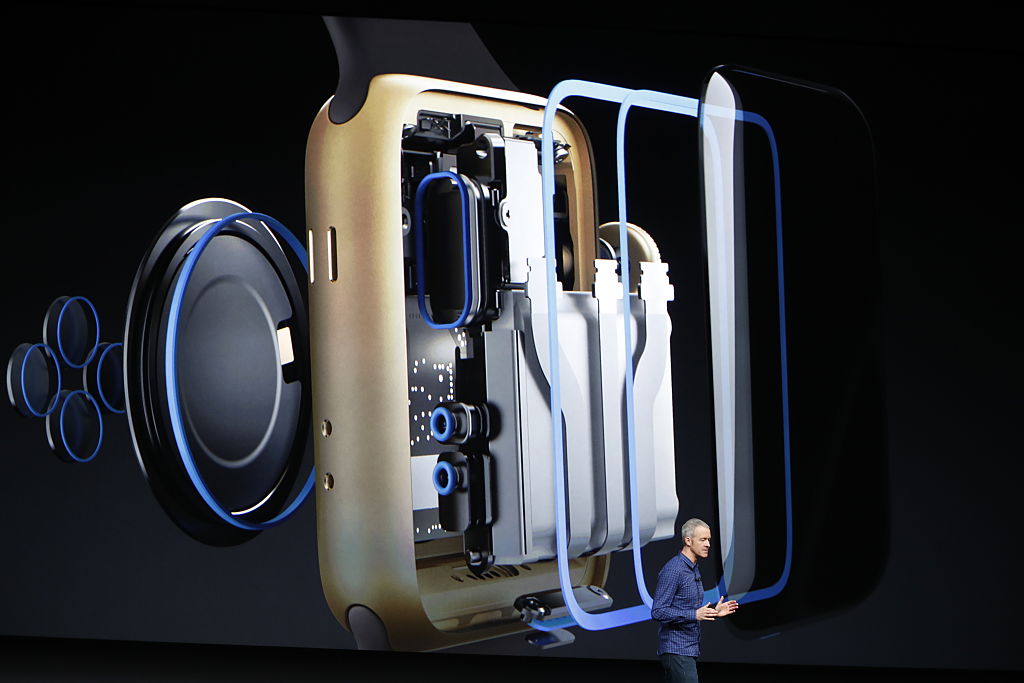 When introducing the new Apple Watch Series 2, the company made it clear that this is the smartwatch for you if you want advanced fitness and health capabilities. Nothing made that more clear than the addition of integrated GPS, which is perfect if you want to take a walk or go for a run and leave your phone at home. The built-in GPS enables the Apple Watch Series 2 to record your precise distance, pace, and speed for outdoor workouts (whether you’re walking, running, or cycling), without the need to take your iPhone along.

Additionally, you can begin an outdoor workout immediately, instead of waiting for the GPS to connect, and the watch uses Wi-Fi, GPS, and even locally stored satellite data to quickly identify your location. Once you’ve completed your workout, you’ll be able to view a route map that shows variations in your speed in the Activity app on your iPhone. And whether you’re running, walking, or swimming, the Activity app on the Apple Watch 2 will count of all of your daily activity toward the app’s Stand, Move, and Exercise rings, which will give you an edge if you’re competing with friends. 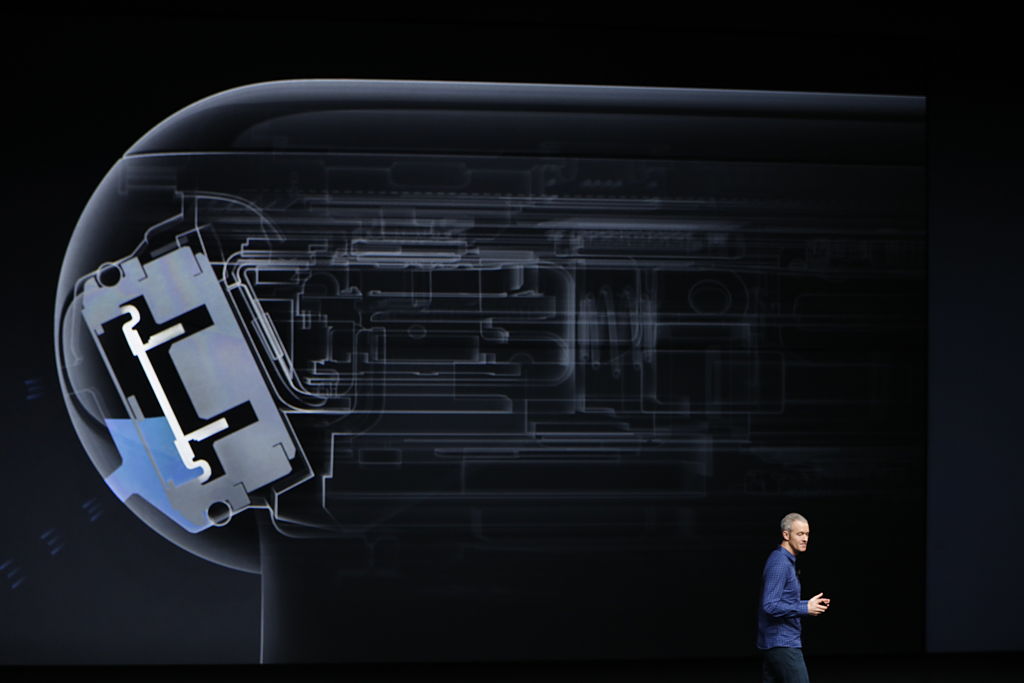 The Apple Watch 2 is water resistant up to 50 meters. Apple explained at the launch event that while the first-generation Apple Watch was splash-proof, the second-generation is completely swim-proof, with the same water resistance rating that’s standard for swim watches.

That makes it perfect for swimming, surfing, or just hanging out in the pool (though Apple notes that the new Apple Watch isn’t suitable for scuba diving, waterskiing, or “other activities involving high-velocity water or submersion below shallow depth). It’s also worth noting that the stainless steel and leather bands aren’t water resistant.

If you’re a swimmer, you’ll be excited to learn that Apple worked with 700 swimmers to create an algorithm that will give you accurate calorie estimates while you’re swimming. The Apple Watch 2 also offers two new workout options for swimmers: pool and open water. The Apple Watch 2 can count laps, track your average lap pace, and automatically detect stroke type to accurately measure your active calorie burn.

Impressively enough, the Apple Watch 2 is “completely re-engineered” to enable the water resistance that makes it perfect for swimmers. As Apple explained at its event, the company built a simulator to test the effects of daily swimming for years on the Apple Watch 2, which emerged with flying colors. And the speaker, the only part of the watch that needs air to operate, can actually expel water after your workout. If you like to swim or surf, the Apple Watch 2 is a much better choice for you than the original Apple Watch. 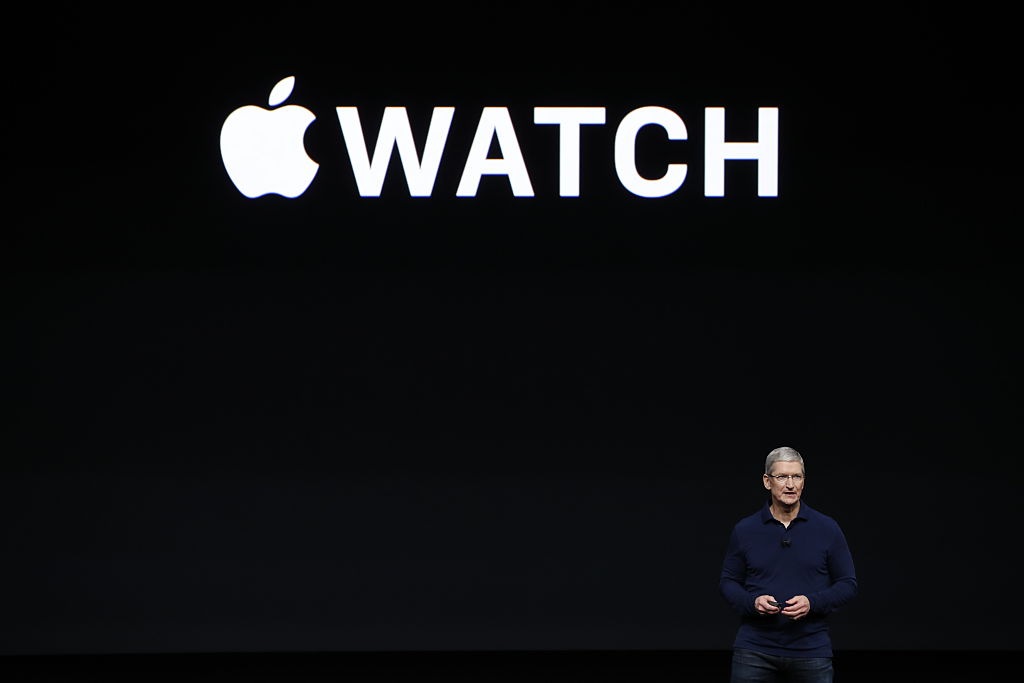 A new GPU delivers up to two times better graphics performance, and Apple boasts that the dramatically brighter display — which comes in at 1,000 nits — is more than two times brighter than the display of the original watch and is the brightest display the company has ever shipped. That’s especially useful if you spend your time outside on sunny days, conditions where it’s traditionally pretty tough to see what’s going on on a little screen.

Along with watchOS 3, the upgraded components of the new Apple Watch 2 make it easier to use more sophisticated third-party apps, respond to notifications, and use Apple Pay. The new operating system offers improved performance, with apps that launch instantly from the watch face or from the new dock. There are new fitness and health capabilities including the Breathe app, an upgraded Activity app which has added the ability to share and compete with friends, and a customized experience for users in a wheelchair. 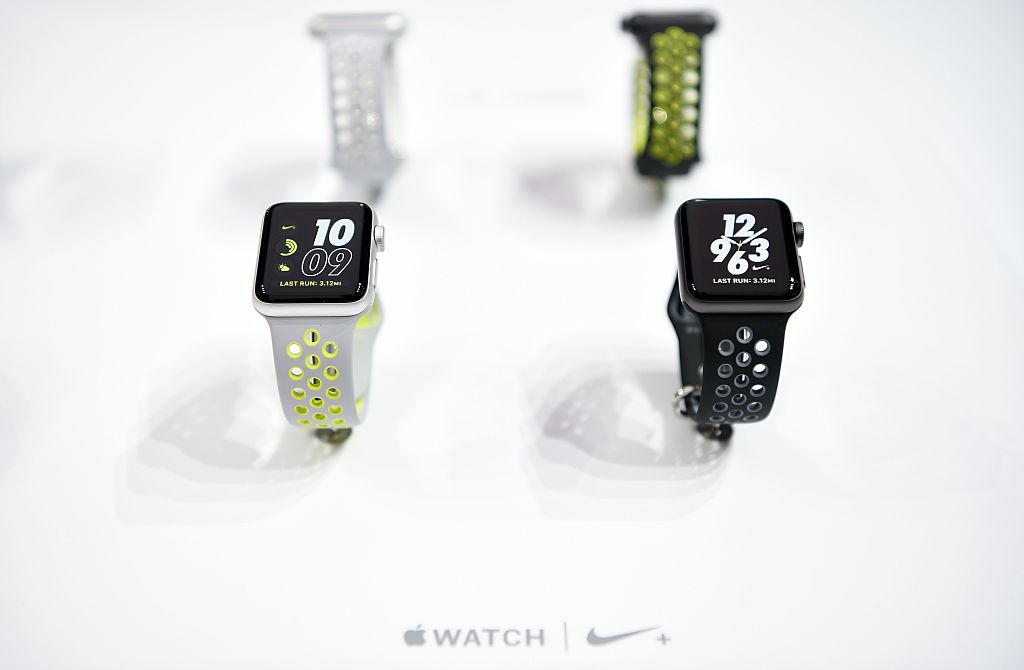 Though we might not like to admit it, we’re just as excited to check out new materials, colors, and bands as the next Apple fan. The Apple Watch Series 2 is offered in lightweight aluminum or stainless steel cases. The Apple Watch 2 is available in two case sizes, 38mm and 42mm. It’s available in gold, rose gold, silver, or space gray aluminum; or silver or space black stainless steel cases. The watches will be available paired with a wide variety of bands starting at $369.

The Apple Watch Edition is now offered in a white ceramic, which is four times harder than stainless steel and therefore extremely scratch-resistant. It starts at $1,249. The new Apple Watch Nike+ starts at $369 and the Apple Watch Hermès — a collaboration that now includes new colors of the Double Tour and Single Tour bands, plus a new Single Tour deployment buckle and a double buckle cuff — starts at $1,149.

Additionally, the Apple Watch Series 1 (i.e., the original Apple Watch) will be offered in lightweight aluminum. It will be upgraded with the new dual-core processor and GPU, which will make it up to 50% faster. It starts at just $269 and will be available in gold, rose gold, silver, or space gray aluminum cases paired with a sport band.