How to Avoid Looking Like a Tourist While on Vacation

Packing for vacation can be a complicated task. You probably already have an idea of what you need to take with you on your next trip, but there are plenty of items that you shouldn’t pack if you want to avoid things that are unnecessary and excessively cumbersome. And if you want to look chic and not dress like a tourist on your next vacation, packing can seem even more stressful.

You don’t need to completely reinvent your wardrobe each time you travel to a different part of the globe, but it can help to stay informed on what fashion-forward women are wearing around the world. Ahead, check out some easy ways to plan ahead and avoid looking like a tourist on vacation, regardless of where you’re traveling and the specific season.

1. Learn what the locals wear

Do some research on the locals beforehand. | Caroline McCredie/Getty Images

When you’re traveling abroad, it’s easier than you might think to look like a clueless American. Do your research on who’s wearing what and where in order to avoid completely misjudging which clothes you should pack. As The Coveteur reports, current fashion in Milan looks very different from what women wear in Dublin, which in turn is not at all what you’ll typically see in Nairobi. Take some time to browse a few street style blogs and read up on the latest trends in your locale of choice. That way, you’ll be informed on what people are wearing in the city where you’re vacationing, so that you can adapt your packing list and outfit plans accordingly.

Don’t get too married to a particular look. | Juan Naharro Gimenez/Getty Images

If you aren’t a big fan of street style blogs or don’t have the time to do research before a spontaneous trip, you should keep in mind that, while stereotypes often exist for a reason, they never sum up a destination completely. You might be tempted to pack only breton stripe shirts for a weekend in Paris or cram all your cutest prints into your suitcase for a trip to Tokyo, but keep in mind that no matter how pervasive a cliché or stereotype is, it doesn’t sum up the way everybody dresses in a given city or country. Don’t choose a stereotype and run with it. You may end up looking like you’re wearing a costume.

3. Know what to avoid

It’s important to know what you should wear on vacation, but it’s just as important to figure out which pieces you shouldn’t wear on vacation. Yoga pants and athletic clothes are often a dead giveaway that you’re from out of town, and jackets with tons of obtrusive pockets are as big of a giveaway as a group tour. Similarly, skimpy clothes in areas where conservative dressing is the norm are a signal that you don’t know as much as you should about your surroundings, and loud, graphic tees are to be avoided even in the hottest topical locales.

If you don’t have the time or the inclination to research what looks are popular in the destinations where you’re traveling, a quick rule of thumb to avoid looking like a tourist is to pick higher-end pieces than you might typically choose for traveling. Pack a blazer instead of a hoodie, choose a trim pair of cropped trousers instead of leggings, and opt for a sleek slip dress instead of a printed sundress. As always, you can mix high-end and low-end pieces in each outfit, but in general, avoiding athleisure and opting for more put-together looks will help you avoid dressing like a tourist. When you’re traveling, minimalist ensembles are generally the least fussy to wear and the most simple to look chic in. When in doubt, choose simple pieces with chic finishes to look at home anywhere you travel. 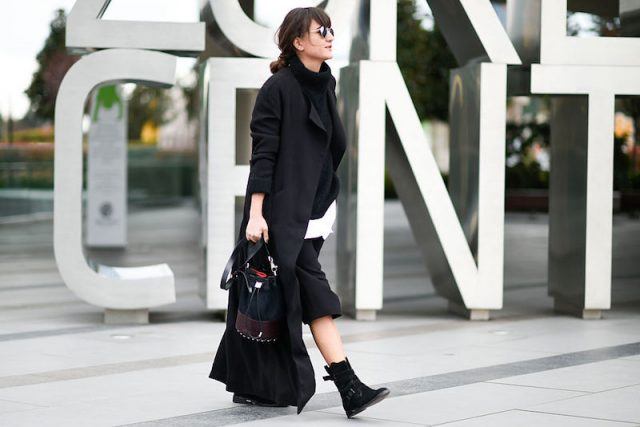 In the same way that you should think carefully about your clothes before you go on vacation, you can avoid looking like a tourist by picking the right accessories. Instead of carrying around a heavy backpack crammed full of everything you might need for a day away from the hotel, choose a less-obtrusive option like a cross body bag. Instead of opting for a pair of visibly cheap sunglasses so your good ones aren’t swiped or misplaced), pick a pair that you wouldn’t mind wearing at home. And if you want to wear sneakers on a walking-heavy vacation, choose a classic canvas pair instead of a fluorescent set of athletic kicks.