Are You Being Catfished? 7 Signs to Look For 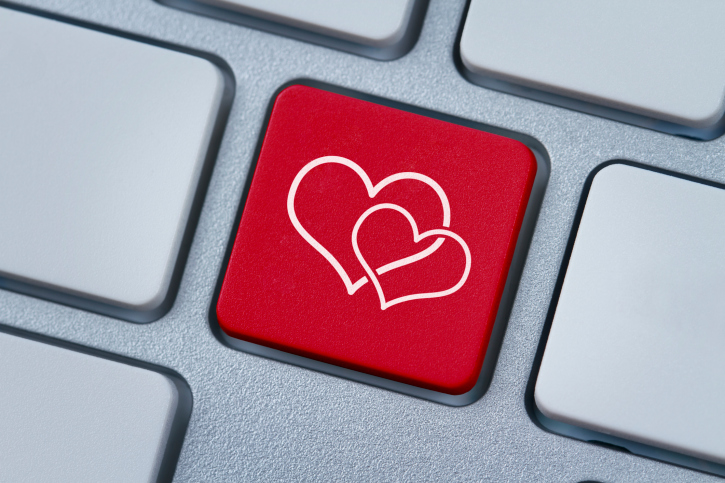 Hearts on a keyboard | Source: Thinkstock

In the 21st Century, the internet is a central part of our lives. We keep in touch on it, stay informed about the world around us, even learn from it. With all we do on the internet, we shouldn’t be surprised that online dating has become a thing, too.

This said, it’s not all perfect. There are some out there who take advantage of others’ quests for love, whether out of their own desperation or pure maliciousness, like online dating scammers. This is where the whole idea of “catfishing” comes in, and we’ll let you know exactly what it is, and how to avoid it.

What is a “catfish”?

A catfish is someone who creates a false identity in hopes of striking a romantic relationship. The identity could be simple — just a few fake pictures and stats — or it could be complex — whole faked life stories all aimed at luring someone in.

The Washington Post says the term’s origins go back to 2010, when a documentary was released that told of a New York man lured into a relationship with what he thought was an attractive 19-year-old woman. Along the way, the man began to realize her story was not adding up. The filmmakers managed to track the woman down, and instead found a 40-year old housewife.

Worse yet? This woman had a husband, who compared the incident to the behaviors of catfish that are placed in cod tanks to keep the cod from becoming lethargic. He said he was thankful for the same people playing a role in real life, “who keep you on your toes, keep you thinking, keep you guessing.”

Obviously from our description, you can imagine being “catfished” is not a pleasant experience. While we won’t tell you not to online date — there are plenty of success stories — you do need to stay alert for the most common pitfalls.

1. Beware of those “models”

Dr. Phil says a significant number of catfishing incidents involve those who claim to have a modeling career. Their pictures may look overproduced — as in professionally done — and they may claim to have other amazing jobs as well. Models are busy people. It’s highly unlikely they have any other job, much less time on the internet to look for love.

Dr. Phil also says you should watch out for those contacting you from Facebook profiles with few friends. While of course not everybody has 1,000 friends, these catfishing profiles will likely have no mutual friends in common with you. They might have pictures of “themselves” and others, but the other people in the photos are never tagged.

3. Never follows through on meeting requests

If your online love interest seems to have every excuse in the book why they can’t meet you, the Better Business Bureau believes it might be a catfish attempt. Remember, these people aren’t really who you think they are so they will want to keep the charade going.

Examiner advises you to ask for a video chat early on in an online relationship. Someone who’s legitimately who they say they are won’t have a problem with this. But those that catfish will. If they continue to decline your requests, by all means be suspicious.

5. Pictures that don’t add up

Take a good look at all your online love interest’s photos, All Women’s Talk recommends. Does the tagged person look the same in all of them? Do some of them look blurry or poor quality. If so, this person may have screen captured them off a webchat, or just scoured the internet for a bunch of pictures with somebody who looks similar in them. Look for distinguishing features in every picture and make sure they match.

6. You’ve been chatting a while and still don’t know him/her

If you’ve been chatting for a long time and still can’t make heads or tails of their life story, GlobalGrind thinks you might be getting catfished. Be very wary if it seems like you’re always the one doing all the talking, and your online lover doesn’t want to reciprocate.

7. You apparently live nearby and have never met

GlobalGrind also warns online daters to be wary of those who claim to live close or in the same state. Early on in these online relationships, you should have no problem meeting them face to face. If they’re giving you the runaround, watch out.

In simplest terms, the easiest way to avoid being catfished is to use some common sense. You already don’t believe everything on the internet (at least we hope you don’t), so keep the same attitude with online dating. Do your research, and make sure their story adds up. Like we said at the beginning, there’s plenty of opportunity for real and lasting love out their on the World Wide Web, but it’s going to require you to be smart about it. Good luck!