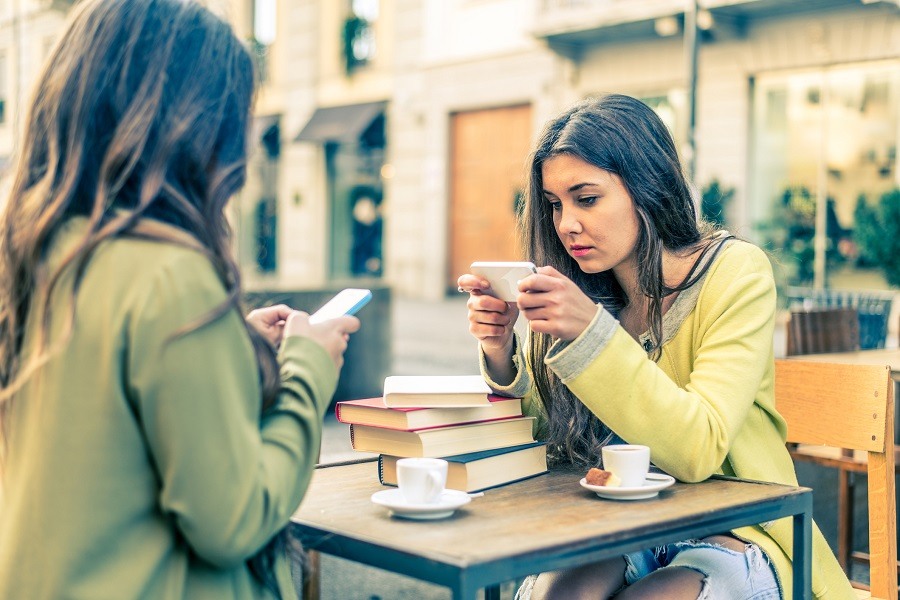 You’ll find lots of game options made available to you in the Google Play store | iStock.com/oneinchpunch

After a lengthy debate about whether to buy an iPhone or a Samsung smartphone, you’ve finally decided to go with Android over Apple. What’s the best way to celebrate the purchase of your new Android powered device? By downloading some games, of course.

Android has some amazing games — both free and paid — that often rival the graphics and difficulty level of those available on gaming systems. After doing extensive research, we’ve compiled a list of what we believe are the 20 best Android games in existence as of February 2017. Whether you’re a new Android user or simply an old fan looking for some newer and better ways to keep yourself entertained, we’re sure you’ll find something on this list to your liking.

In Ookujira, earth is under attack from robot aliens, and the only way to stop them (apparently) is by using a giant whale’s dexterity and massive weight to destroy buildings and aliens alike. In just a few weeks, this new game has received tons of acclaim and great reviews from users for its creativity and easy mechanics, putting it on the fast track to becoming one of the best Android games.

The latest in the Dead Trigger series, Dead Trigger 2 earned its enthusiastic following from its sheer quality. For a free smartphone game, it rivals even those on consoles in graphics, story, and gameplay. It’s even been called the best zombie shooter there is.

Now you get to hear “All you had to do was follow the damn train, CJ” on an entirely new gaming device | Grand Theft Auto: San Andreas

This portable version of the console classic easily earns its place as one of the best Android games. Completely remastered with high-resolution graphics, Grand Theft Auto: San Andreas is ready for you to relive all the action and violence that made it so controversial in the first place. 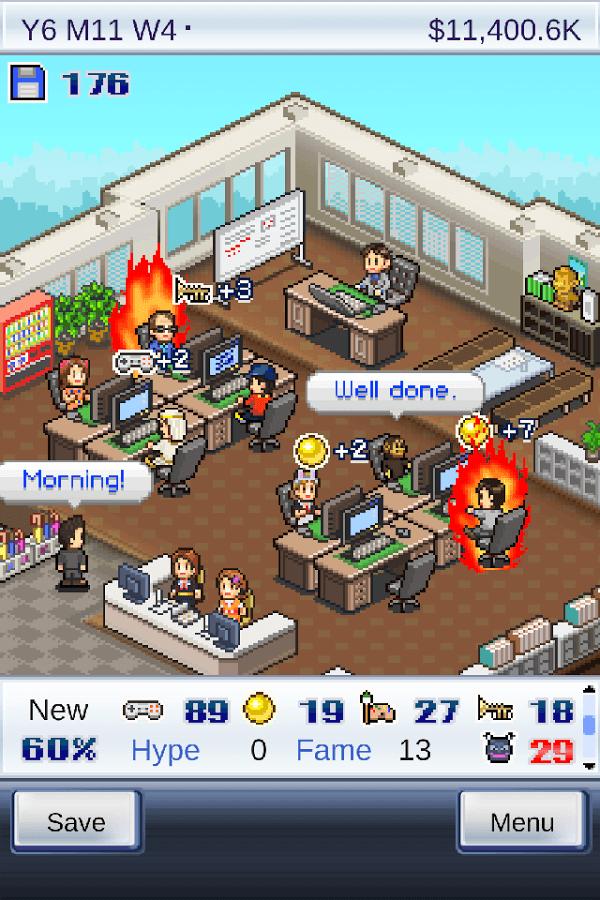 In this simulation game, you can hire and train the most talented designers to develop original game ideas | Game Dev Story

Despite its years, Game Dev Story still holds up as one of the best Android games in 2017. A strategy simulation game about creating video games, Kairosoft’s flagship game will have you addicted to its simple but satisfying genre combination (Samurai, role-playing, wrestling, and puzzle) and resource management. 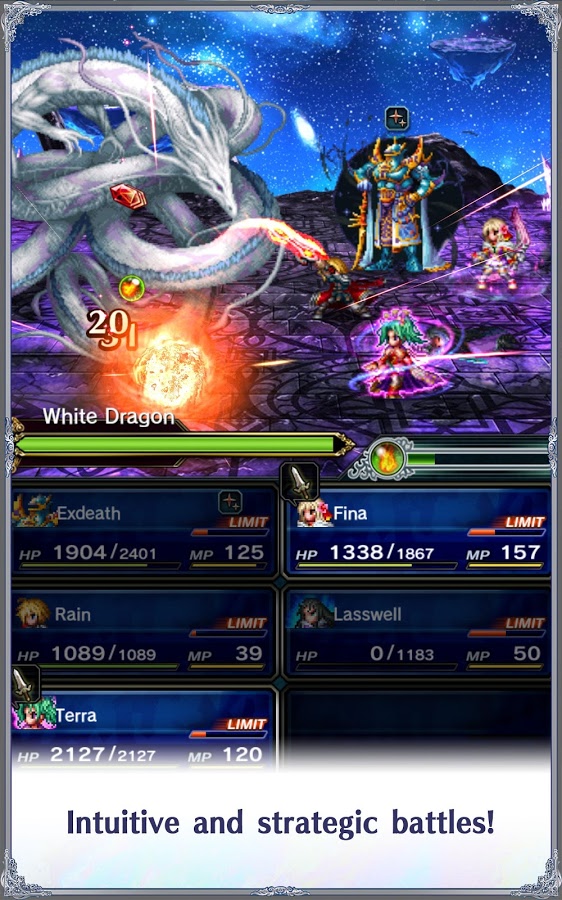 If you grew up on Final Fantasy games, Final Fantasy Brave Exvius is the all-star mashup you’ve always hoped for. Designed in a classic role-playing style, this game is a brand new adventure — not a remaster — that incorporates some fan favorite characters from the entire canon.

With throwbacks to the Fallout series, this game appeals to both fans and first-timers alike | Fallout Shelter

While originally designed to promote the bigger release of Fallout 4, the free smartphone game Fallout Shelter just couldn’t stop receiving praise and awards, landing it a slot as one of the best Android games to date. With elements of city building and resource management, you must help your society survive in the Fallout series’s characteristic post-apocalyptic wasteland. 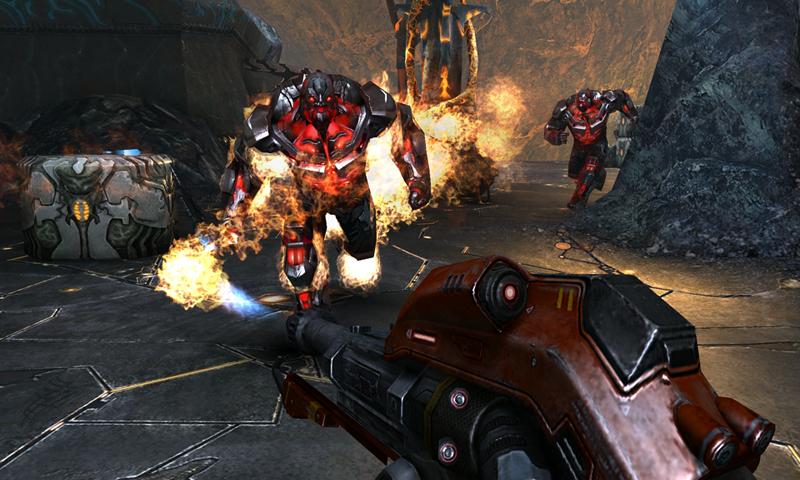 This game has an epic science-fiction plot | N.O.V.A. 3

An exciting story backs this action-packed game. You play a war hero in an epic science-fiction plot involving a destroyed Earth, space colonies, and evil aliens. This shooter game features multiplayer modes with voice chat, as well as an impressive array of in-game space vehicles and futuristic weaponry.

How do you make a game about destroying humanity even darker?One word: Vampirism | Plague Inc.

A modern legend, Plague Inc. established itself as one of the best Android games early on, and periodic releases and updates kept it where it belongs. This bleak game takes a unique perspective in that your goal is to design a virus that ultimately infects and kills off the entire planet.

One of the best parts about smartphone gaming is giving older, unappreciated games the second chance they’ve always deserved. The Bard’s Tale collects the three games from the original PC trilogy and revives them for smartphones. The games set themselves apart with their humor, unique gameplay, and masterful voice acting, including The Princess Bride’s Cary Elwes as the title character.

Machinarium is another game that blurs the line between video game and fine art. It boasts an inspiring collection of awards and reviews that further cement it as one of the best Android games. This indie game revolves around a robotic hero in his familiar quest to save his girlfriend and defeat the bad guys in a world that’s anything but familiar. 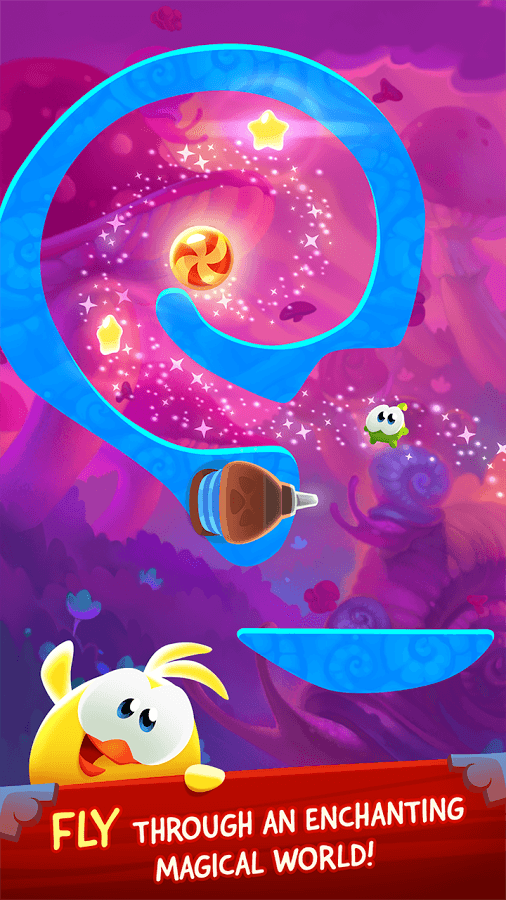 Of all the installments in the Cut the Rope series, Cut the Rope: Magic is the most well-received. All the games in this series run on the premise of cutting all the right ropes, in the right order, at the right time, to feed a treat to the dragon, Om Nom, but Magic adds a transformation element into the mix. 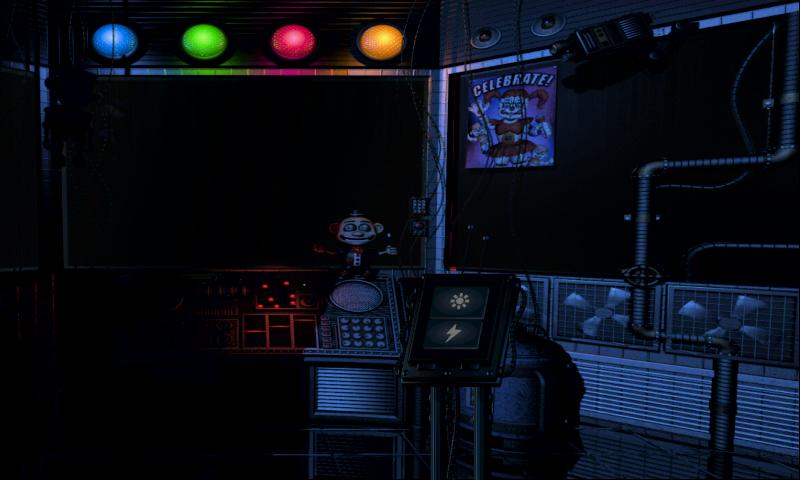 This game is full of scare tactics that will leave you on the edge of your seat | Five Nights at Freddy’s: Sister Location

The smartphone adaptation of the beloved (and terrifying) Five Nights at Freddy’s series received the same critical acclaim as its counterparts on bigger screens. The Sister Location installment adds the same survival horror, puzzle-solving, and jump scares you’ve come to love about the franchise.

Think Call of Duty or Battlefield 1, but for your smartphone. The modern-era action shooter features campaigns of around five minutes, a perfect length for midday breaks when you only have your smartphone handy. 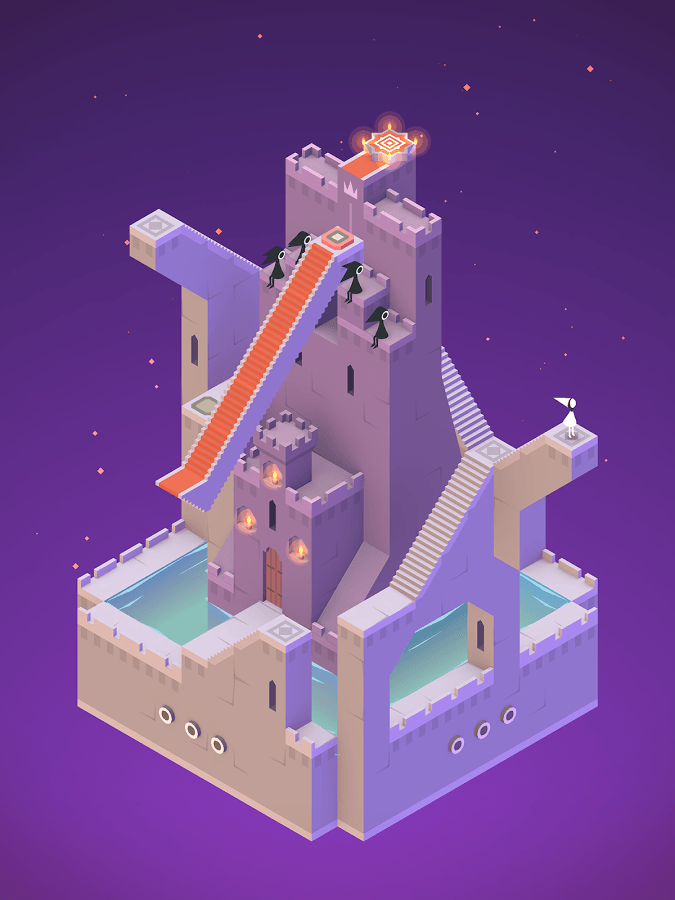 This game is like a brainchild of M.C. Escher and Lisa Frank | Monument Valley

If M.C. Escher designed a game, it’d be Monument Valley. This unique and creative puzzle game has players manipulate and navigate through impossible architecture. It’ll leave you impressed with its visuals and challenges.

It’s just like the illegal street racing from Fast and the Furious … but with jet skis | Riptide GP: Renegade

If you’re tired of traditional car racing games, try this less conventional hydro jet racer. Set in a futuristic world with impressively advanced jet skis, Riptide GP: Renegade might be one of the lesser known Android games, but it’s well-made so as not to disappoint.

You can build anything you want in this game | Minecraft: Pocket Edition

Minecraft has invaded and conquered the entire gaming community, and not even your smartphone can escape its blocky, pixelated grasp. True to its name, Minecraft: Pocket Edition brings everything you love about the original game and compacts it enough to fit your Android powered device.

If you dream of driving a Bentley, you can do so in this game | Asphalt 8: Airborne

If you’re looking for that old-fashioned racing game on a newfangled smartphone, the Asphalt series is your best bet. The latest installment, Asphalt 8: Airborne, improves upon the formula of its predecessors with over 130 customizable dream cars like the Ferrari, Lamborghini, Mercedes-Benz, and Chevrolet. 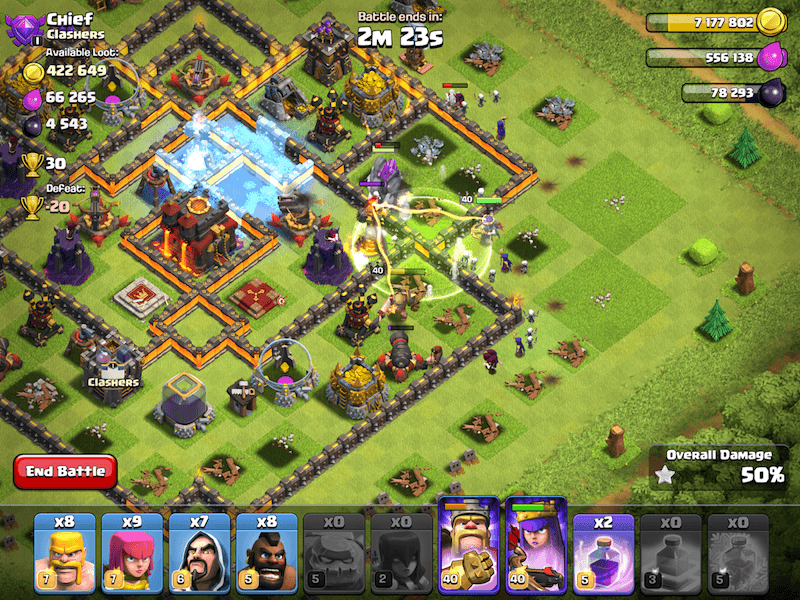 Recognize this game from those commericals with Liam Neeson? | Clash of Clans

Recognize this game from the commercials? Clash of Clans definitely has the best marketing of any smartphone games, but after playing it, you discover that it’s actually one of the best Android games period. The goal is to build a battle-resistant town and raise a powerful army to conquer other towns, with multiplayer options allowing you to build menacing clans. 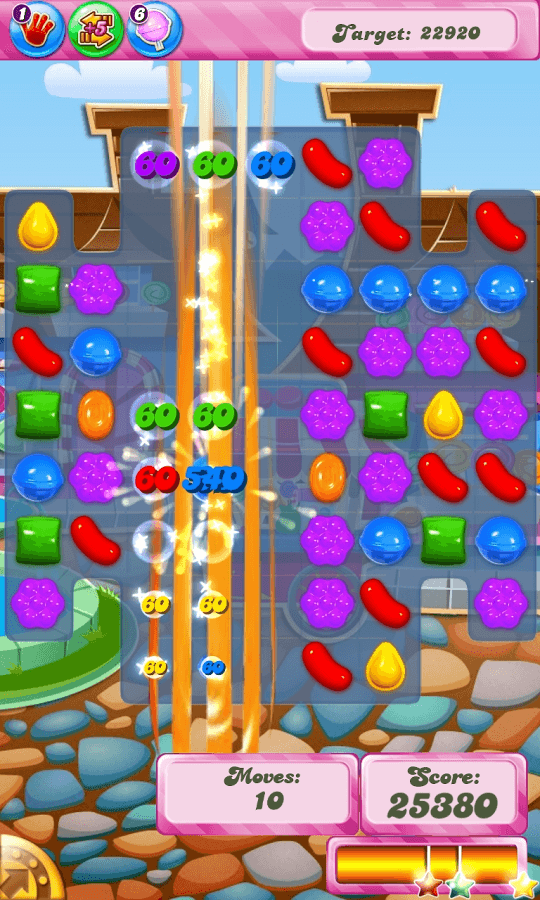 Oh yes, Candy Crush Saga, destroyer of jobs and social lives. If this game had a motto for its users, it would be: “I’ll do it after this level.” The perfect game for non-gamers, this masterful version of the match-three style puzzle game will leave you addicted, but never bored.