Best Android Phone of 2016? These 9 Make It Hard to Choose

Looking for the best Android phone of 2016? These nine models are our top choices | iStock.com

If you’re searching for a new smartphone, you may have already realized that it’s a pretty great time to be phone shopping. Android phone makers have released tons of interesting, exciting, unique, and innovative devices this year. Bright screens, lightning-fast performance, dual cameras, modular designs, and the latest software are just a few of the features that you’ll find when you start looking for the best Android phone.

You’ll find devices that are perfect for mobile photographers, tailor-made for audiophiles, and optimized for gamers. Then you’ll see every kind of camera and screen, a variety of charging technologies, and different levels of water resistance. You’ll see features that you definitely want, and plenty of features that you really don’t need. Chances are good that you’ll likely end up just a little bit overwhelmed trying to find the best Android phone for you.

No top 10 list can really take the place of careful research. A list of our favorites won’t make it unnecessary for you to do some careful thinking about what you need in a phone, and a roundup of the best Android phones of the year certainly won’t be able to take into account all of the factors that may be important to you. But everybody loves to take a look at the best of the best. Whether you’re seriously shopping for a new phone, or simply fantasizing about which device you’d choose if your budget (or wireless plan, or partner) allowed, read on to check out what we think are the best Android phones of 2016.

The ASUS Zenfone 3 Laser is one of the best Android phones for cheap | Asus.com

The ASUS ZenFone 3 lineup includes the ZenFone 3 Laser, a $199 model that offers a great deal and 32GB of storage. Aloysius Low reports for CNET that “The ZenFone 3 looks like an iPhone and Samsung Galaxy S7 hybrid and feels especially premium compared to other phones that stick with metal or even plastic builds.” With a 5.5-inch screen, dual 13MP/8MP rear camera, Snapdragon S430, 2GB of RAM, and 32GB of storage, it’s a strong contender for the title of best Android phone under $300.

This Amazon exclusive phone is worth a second look | Amazon.com

If you need a phone that costs less than your last Amazon order, then the BLU R1 HD — which, coincidentally, is an Amazon exclusive — may be the best Android phone for you. It starts at $49, which should make it pretty obvious that you’re looking at low-end specs (a 5-inch screen, an 8MP camera, a 1.3GHz quad-core processor, 8GB or 16GB of storage, and 1GB or 2GB of RAM). The cheap price tag comes in exchange for Amazon deals and product recommendations appearing on the lock screen. But if you can tune the ads out, Jessica Dolcourt reports for CNET that the R1 HD is “a tempting deal for anyone looking for a cheap smartphone that does the essentials.”

If you’re looking for the best Android phone at a budget-friendly price point, it’s hard to beat Motorola’s Moto G4. The device starts at $199, and Andrew Hoyle reports for CNET that a “big, bold screen, water-resistant design and rock-bottom price” make the Moto G4 “a dazzling deal.” The fourth-generation Moto G builds on the successes of previous iterations, with a bigger and brighter 5.5-inch full HD display and faster octa-core processor, plus water resistance and expandable storage. You can spend a little more for the G4 Plus and get a fingerprint sensor and a slightly better camera, or spend a little less for the G4 Play and forego the big screen and faster processor. But we think that the Moto G4 hits the sweet spot in terms of features and price.

The Huawei Honor 8 is a great phone for a mid-range price | Hihonor.com

The Huawei Honor 8 is a solid contender for best Android phone at a mid-range price point (a 32GB model costs $399). Jessica Dolcourt reports for CNET that the Honor 8 is “a slick little package that combines good photos from a dual-lens camera with a useful customizable button and a fingerprint reader.” The dual-camera system is comprised of two 12MP cameras, the fingerprint reader is fast and accurate, and the 2.3GHz octa-core processor is “snappy.” The device features a 5.2-inch screen, 4GB of RAM, and a 3,000mAh battery.

Check out the OnePlus 3 for a surprisingly good deal on an Android smartphone | Oneplus.net

The OnePlus 3 may not be as obvious of a choice as one of the better-known flagships, but it may be the best Android phone of 2016 for someone who wants great performance without an astronomical price tag. Brian Barrett reports for Wired that the $399 OnePlus 3 “stuffs amazing specs (6GB of RAM? Sure!) in an iPhone-thin body.” It features a Snapdragon 820 processor, 6GB of RAM, 64GB of storage, a 5.5-inch 1080p AMOLED display, and “Dash Charge” fast charging functionality. The aluminum alloy body is thin but sturdy, and OnePlus says that an update to Android 7.0 Nougat is coming to the OnePlus 3, which makes the device even more attractive. To top it off, OnePlus is offering an upgraded OnePlus 3T with a slightly bigger battery and a faster CPU and GPU for $439

The ZTE Axon 7 is one of the best affordable Android flagship phones for 2016 | Zteusa.com

The HTC 10 is a pricey but awesome Android phone | HTC.com

The HTC 10 is a pricy but impressive contender for best Android phone at the over-$600 price point (but can be found online cheaper). Chris Velazco reports for Engadget that this is the flagship HTC “should have made years ago.” The device offers top-tier performance, excellent build quality, and a more subtle approach to software than on HTC’s past phones. (Speaking of software, HTC says that an update to Android 7.0 Nougat is coming to the HTC 10.) The HTC 10 isn’t perfect, and reviewers cite weaknesses in battery life and camera performance (despite DxOMark’s high rating for the camera system). But if you’re looking for a high-end phone, the HTC 10 is certainly worth adding to the shortlist.

The Moto Z Force Droid is not to be missed this year | Motorola.com

The Motorola Moto Z Force Droid has been compared to the LG G5, which also features a modular design, but many reviewers agree that Motorola’s implementation of the idea is more useful than LG’s. ZDNet’s Matthew Miller — one of those reviewers — writes that the Moto Z Force Droid incorporates many of the same specs as other high-end Android phones, but with the addition of three main “Moto Mods” that are much more compelling than what LG offers for the G5. With a Snapdragon 820 processor, shatterproof 5.5-inch display, 21MP f/1.8 rear-facing camera, and a 3,500mAh battery with fast charging, the device starts at $720, and Moto Mods cost $59 to $299. 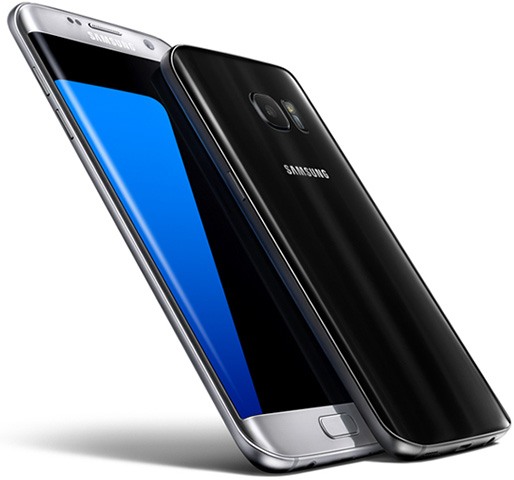 This well-known phone is one of the top Android picks | Samsung.com

Samsung’s Galaxy S7 Edge is a well-known contender for the best Android phone of 2016 and is a solid choice for many kinds of smartphone users. Dan Seifert reports for The Verge that the curved edges (and the narrower form factor that goes with them) make the device much easier to use than other devices with a 5.5-inch screen. Seifert expresses a sentiment echoed by many other reviewers, writing that the Galaxy S7 Edge “is the most impressive piece of smartphone hardware I’ve ever held,” thanks to its build quality, water resistance, speedy processor, 4GB of RAM, 3,600mAh battery, high-performing camera, and default encryption. Also of note is the fact that Samsung says that an update to Android 7.0 Nougat is coming to the Galaxy S7, which is important if the best Android phone for you needs to be running the latest version of the operating system.