Whatever your parenting style or the limitations you place on your kids’ screen time, there comes a time when you realize that your child needs a phone. We may not have parenting advice on why you should or shouldn’t give your kid a phone, or whether you’re going to ruin the rest of their childhood by doing so. But where we can offer some advice is what phones you should consider.

Smartphones are complicated to shop for. There are great phones that cost less than $100, but just as many cheap ones that we’d recommend avoiding. Similarly, there are plenty of reasons that unlocked phones live up to their great reputation, and just as many reasons that the phones people make fun of most aren’t always as bad of a decision as they may sound. Finding the right smartphone is complicated enough in the first place. But finding the right phone for your child can seem even more difficult. What features are really necessary, how much are you going to end up spending, and do you want a phone that’s specifically designed for children or one that just happens to work well for the tween and teen crowd?

Ahead, we’ve rounded up some of the best cell phones you can buy for kids in 2016. As you consider your options, think about what your child needs a phone to do. Is a full-featured smartphone necessary, or does your child simply need a way to stay in touch with you? Is your child old enough that he or she is going to want to be able to access the web, check social networks, and message with friends? Additionally, consider whether you want to give your child an expensive phone, and with it the responsibility for making sure that the device doesn’t get lost or broken (and that your money doesn’t go to waste). It’s also worth considering whether you want a prepaid phone, a long contract, or just a monthly plan.

We’d recommend looking for a phone that enables you to keep tabs on where your children are, sets limitations on their calls, the games and websites they can use, and enables you to stay in contact with them (even when they’d prefer to ignore your calls and texts). And as Ron Lieber reports for The New York Times, the phone itself doesn’t have to have those capabilities, since features like Smart Limits from AT&T, Mobile Controls from Sprint, FamilyWhere and Family Allowances from T-Mobile, and FamilyBase from Verizon can help you keep tabs on your kids’ usage.

The Blu Dash Jr. 3G is a great example of the kind of basic phone that won’t enable your child to spend too much time browsing the web or downloading apps. It’s a super budget-friendly device, and the low price is reflected in its specs. It runs Android 4.4 KitKat, has a 2MP rear-facing camera, a 1.0GHz processor, 512MB of internal storage (with a microSD card slot that can support up to a 32GB card), and 256MB of RAM. It’s compatible with GSM networks including AT&T, T-Mobile, Cricket, and Straight Talk, which makes it easy to find a straightforward and budget-friendly plan.

Would we typically recommend such a smartphone? Probably not. But this kind of basic smartphone, which lacks the resources to run demanding apps, offers a happy medium between two different kinds of phones for kids: phones that are designed specifically for children and offer only rudimentary communication features and bundle in extensive parental controls, and full-featured smartphones that require parents to be constantly vigilant about what their kids are doing and downloading. The first category of phones is perfect for very young children, while the second is great for teens or very responsible tweens (depending on your parenting style). But a basic smartphone like the Blu Dash Jr. 3G strikes a balance between the two extremes, all without costing you hundreds of dollars.

If you’re already an iPhone family and have determined that your tween or teen can play by the rules you set on a full-featured smartphone, then the iPhone SE is a no-brainer. It’s less expensive than other iPhones (though not the cheapest of our recommendations by a long shot). The smaller size makes it less awkward for small hands to use, which may reduce your chances of having to repair a dropped phone. In fact, that’s one of the reasons that Gazelle named the iPhone SE the best smartphone for kids and teens.

Despite the smaller size, the iPhone SE has up-to-date specs and features, unlike the outdated iPhone 5-series phones. That means that your child will be able to take full advantage of the Apple apps that come pre-installed on the phone as well as the huge array of titles in the App Store. Further, budding photographers or filmmakers will be able to take advantage of a modern camera, and the impressive battery life will give you peace of mind when your child is away from home.

The Kurio Phone is an often-recommended device when it comes to the best cell phones for kids, even though it’s no longer being produced. This phone is still easy to find (and available on Amazon), and features extensive parental controls. You can set up an emergency form with your child’s primary contacts and basic medical information, use a geofencing feature to set designated safe areas and get a notification by text or email if your child leaves that area.

A geotracking feature enables you to track your child’s location, and you can limit your child’s ability to make calls or send texts. An internet filtering feature gives you peace of mind about what your child can browse online, and a time management feature enables you to set daily limits and manage your child’s apps. Sascha Segan reports for PC Mag that while the parental controls are comprehensive and the phone is unlocked for a wide range of prepaid services, a few drawbacks of the device are that it’s underpowered and overloaded with bloatware. 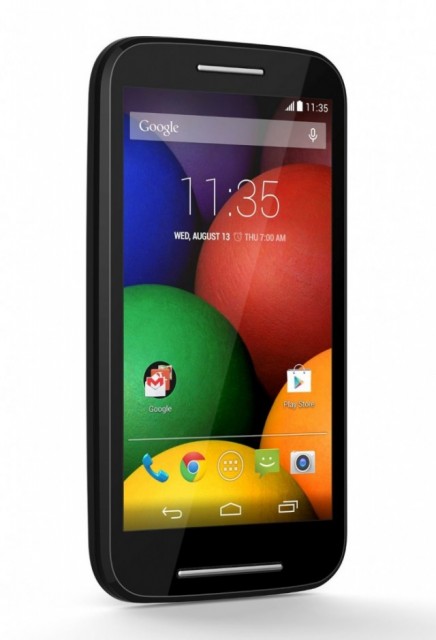 A basic cell phone with extremely limited functionality is a great choice for a young child. But what if you’re buying a phone for a tween who’s responsible enough for a real smartphone? You can find plenty of smartphones — ones that can download apps, browse the internet, and do all of the things that your phone can do — without spending hundreds of dollars. That’s a particularly attractive option if you want to trust your child with a smartphone, but can still foresee the possibility of the device getting lost or damaged.

As we noted in our list of great smartphones under $100, the second-generation Motorola Moto E is an affordable phone that’s well worth considering. The Moto E is a 4G-capable device with 1GB of RAM, 8GB of internal storage, and a microSD card slot compatible with microSD cards up to 32GB. It runs Android 5.0 Lollipop, has a 2,390 mAh battery, and dual-SIM support. Wirecutter named the 2015 Motorola Moto E the “cheapest acceptable option” for users looking for a budget-friendly Android phone, and noted that this phone manages to avoid many of the pitfalls that make other cheap phones aggravating to use.

Another great choice among budget-friendly smartphones is the Nokia Lumia 635, which runs Windows 8.1. The device starts at just $75, which gets you LTE connectivity, a 4.5-inch Gorilla Glass 3 screen, a quad-core 1.2GHz processor, 8GB of memory, and 1GB of RAM. The device also features a microSD card slot, which you can use to expand the phone’s storage by up to 128GB.

PCMag reported back when the phone was introduced that the Lumia 635 was an “amazing value for the money.” That’s perhaps a little less true these days considering the array of inexpensive but competitive smartphones on the market, but it’s still a solid phone for Windows fans, and the My Family feature can help you manage the apps that your child is able to download and the websites they’re able to view.