The 5 Best Dressed Guys at the 2017 Golden Globes

When it comes to awards show style, most viewers are more concerned with what the women of the night are wearing. Between dresses, pants, and the occasional skirt and top combination, it’s always a mystery until they step onto the red carpet. With guys, however, it’s pretty likely they’ll wear a suit. Boring? Recently, not so much.

Thanks to some serious style trailblazers, tons of actors are experimenting with different colors and fabrics, making menswear exciting once again. Take last night’s Golden Globes, for example.  Yes, there were tons of guys wearing the standard black tuxedo, but there were also many guys cloaked in more thought-provoking suits. If you missed last night’s ceremony, we rounded up the five best dressed guys below. 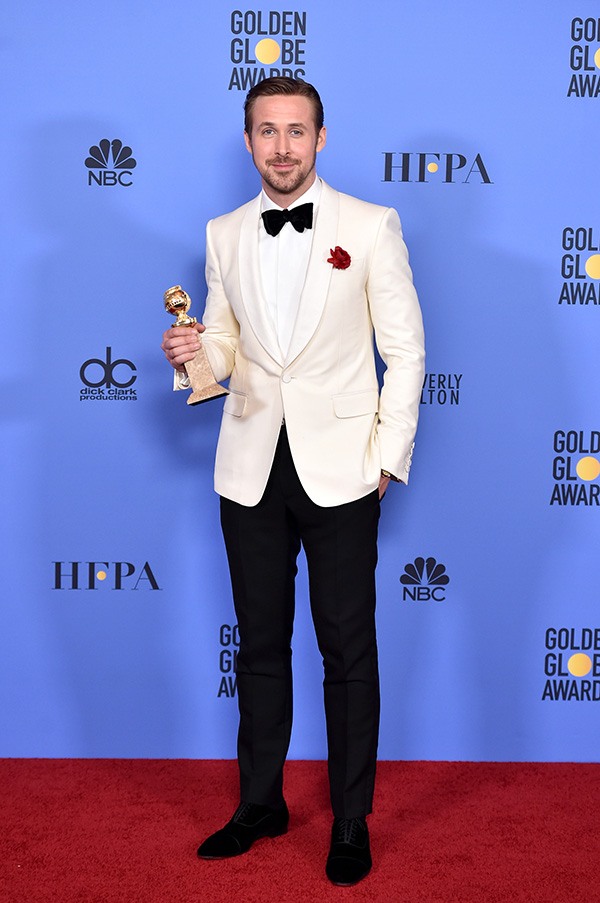 The Best Actor in a Motion Picture — Musical or Comedy winner is no stranger to mixing up his tuxedo. In fact, he’s worn a similar white jacket and black pants combination before. However, this look never fails to provide a breath of fresh air on the red carpet. He stands out without pushing the envelope too much. This Gucci number fits him well, his hair is perfectly slicked back, and for a sweet finishing touch, the actor attached a small red flower to his jacket’s lapel. 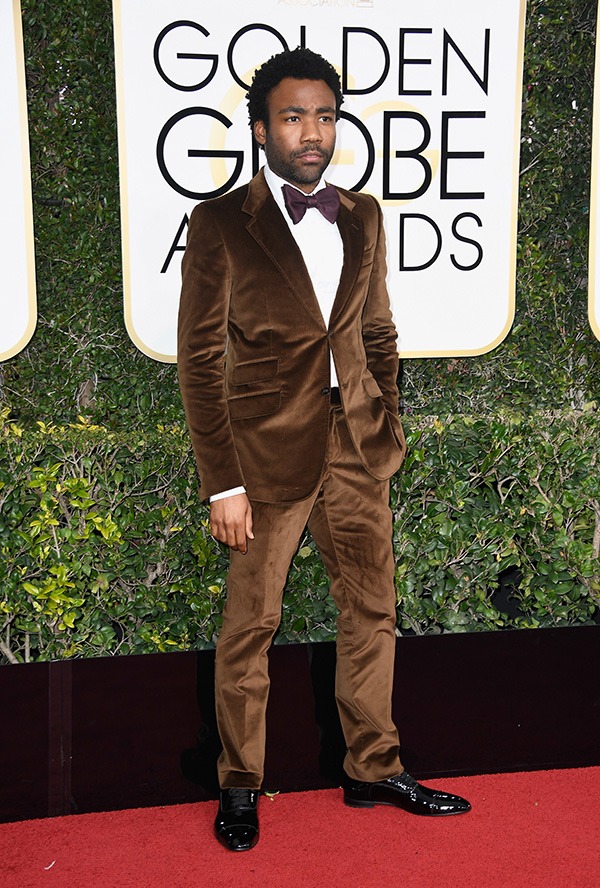 Truth be told, everything about a brown velvet suit paired with an oversized purple bow tie sounds like a fashion faux pas waiting to happen. But for whatever reason, when Donald Glover wears this combination, it works. His new show Atlanta won big at the Globes and he’s slowly but surely becoming a household name. Maybe it’s the sheer confidence he has to even take these bigger fashion risks in the first place or maybe it’s the stark contrast against a sea of black tuxedos, but Glover looked really cool in this Gucci suit. The dark purple hue complemented the brown nicely. We applaud Glover for this sartorial risk and wish more guys did the same. 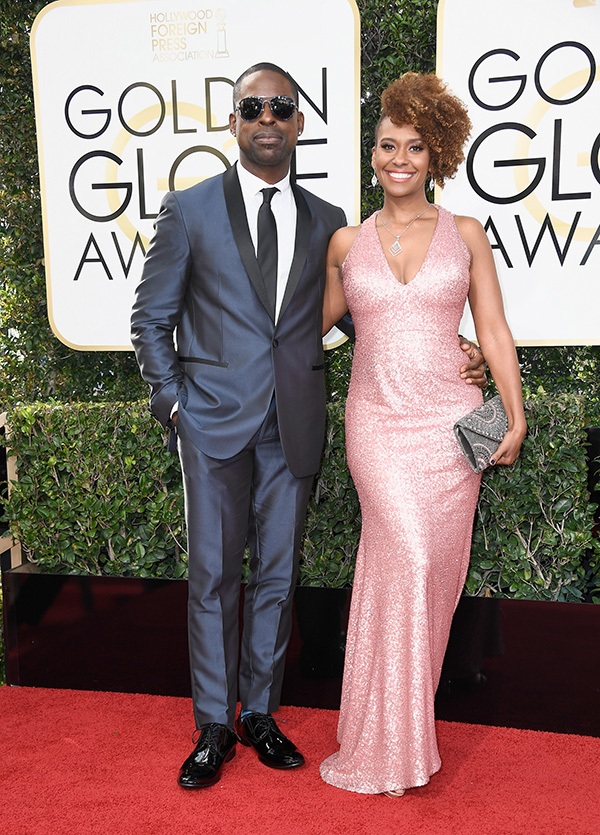 Between his award-winning portrayal of lawyer Chris Darden in The People vs. O.J. Simpson: American Crime Story and his role in This is Us, Sterling K. Brown is arguably the actor of the moment — and he dressed liked it at last night’s awards ceremony in a Kenneth Cole suit. Gentleman, take note: If you want to wear something other than black, but aren’t willing to make a big fashion risk with a bold color or unexpected textile, opt for a bluish grey suit. It’s refreshing, and you won’t have to worry about landing on any worst dressed list. The matching black tie and lapels looked fashion-forward without trying too hard. And when paired with some classic aviators, he looked like a true leading man. 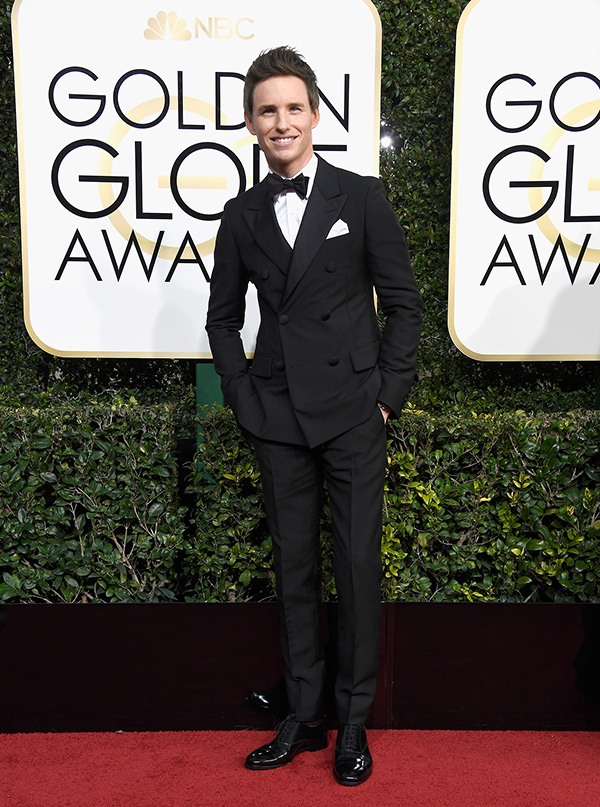 While opting for an unexpected color or textile is a surefire way for guys to sartorially stand out at awards shows, it’s not the only way to make a splash on the red carpet. Perhaps no one knows this better than Eddie Redmayne. Like many other men attending last night’s ceremony, he sported a black suit, but his double-breasted Prada jacket had that under-the-radar flair Redmayne normally brings to these big events. With a history of strong red carpet looks, it’s clear Redmayne chooses his suits with care. They’re not as punchy as Jared Leto’s rainbow suits, but he always exhibits his discretion as well as great and unique taste.

We could go on and on about the importance of straying away from an expected black tuxedo, but the truth is, when done correctly, the traditional getup can still make a statement. Out of all the guys sporting a penguin suit last night, we’re particularly fond of Dev Patel in Burberry. Everything about the look felt right. The lapel and bow tie were perfectly sized, not to mention the suit itself fit him beautifully. To give this look a personable twist, Patel sported a beard, mustache, and unkempt hair. All told, it was the perfect mix of old and new.