If you’re looking to get closer to your fitness goals, the best fitness band for you will be one that can help you to keep track of your stats and see where you can improve | Source: iStock

Some researchers say that you shouldn’t wear a fitness tracker if you’ve found a form of exercise that you love. And many in the tech industry note that fitness trackers are often inaccurate and can require frequent troubleshooting. But if you find the right one, a fitness band can still be a useful tool for monitoring your physical activity and measuring your progress toward your fitness goals. The best fitness band will help you toward your objectives, work with your lifestyle and fashion sense, and be compatible with your budget.

That sounds like a tall order. But the reviewers at Consumer Reports have tried out more fitness trackers than most. And their research can likely point you in the direction of the best fitness band for you. Before we get to the recommendations, you may want a quick crash course in the technology you’ll find in a fitness band. As Consumer Reports notes, virtually all of them use an accelerometer to measure your steps and your movements. But some of them also include additional sensors, like a heart rate monitor to track your pulse, a gyroscope to figure out how you’re moving, GPS to track your location, or a barometer to determine your altitude.

The best fitness band for the average person will be a simple fitness tracker. (Though dedicated athletes can also find training trackers or wearables designed specifically for use in a given sport.) The typical fitness band will count the steps you’ve taken, the staircases you’ve climbed, how long you’ve exercised, and how long you’ve been active. It will also estimate how many calories you’ve burned, and may even track your sleep time and cycles. When you’re comparing options, you’ll need to consider factors like style, display type, smartphone compatibility, accuracy, battery life, and water resistance. Ahead, you can check out the top contenders for best fitness band, as recommended by the researchers at Consumer Reports.

The Polar Loop 2 is a fitness band that’s better for the casual fitness enthusiast than for a dedicated athlete. It tracks your steps, sleep, and calories burned, but doesn’t have GPS tracking, stair counting, or heart rate monitoring. Its LED display is easy to read in any type of light, and you can check your stats directly from the device instead of from a paired smartphone. This device can last for up to a week on a single charge, and it can be paired with Android smartphones or iPhones.

The Withings Activité Pop may be the best fitness band for people who don’t want to look like they’re wearing a fitness tracker. The device features an analog watch face with a dial that shows your progress toward your daily activity goal. It tracks your steps, sleep, and calories, and uses a replaceable watch battery that lasts up to 240 days. It’s missing features like GPS tracking, stair counting, and smartphone notifications, but is accurate at counting steps and easy to wear and interact with.

The Under Armour Band is a fitness band that tracks your steps, sleep, and calories and is equipped with a touchscreen, which is easy to read in both bright and dim light. You can receive notifications from your smartphone on the device, and you can take advantage of applications for a variety of sports and activities. Unfortunately, reviewers noted that there is no heart rate monitoring, no GPS tracking, and no stair counting. Additionally, the device can be difficult to charge thanks to a weak magnetic attachment, and it can also be difficult to put on.

The Microsoft Band 2 may not be the best fitness band in terms of overall ratings from Consumer Reports, but it’s one of the few options that’s compatible not only with Android phones and iPhones, but Windows phones, as well. Reviewers liked the band’s color touchscreen, and noted that it’s easy to read in both bright and dim light. The device has a GPS sensor, and can track your steps, stairs climbed, and skin temperature. It can also display texts, emails, and calendar alerts, and if you connect it to a Windows phone, you can use it to issue voice commands. Reviewers noted a few cons with this fitness band, including the fact that it’s “somewhat uncomfortable” to wear and has a battery life of just two days.

The Fitbit Alta earned a good review from Consumer Reports reviewers. This device can track steps, sleep, and calories, and reviewers noted that this fitness band both looks great “and feels great on the wrist.” But a major drawback, in addition to the absence of heart rate monitoring and GPS tracking, is the fact that the Alta is unusually difficult to put on and take off. Even the charging dock can leave scratches on the device. But if that doesn’t bother you, reviewers note that the screen is easy to read in both bright and dim light, and you can receive notifications from your smartphone as well as review your stats on the device itself.

The Samsung Gear Fit may be the best fitness band for Samsung devotees, but it’s also an attractive choice for others thanks to its curved, color touchscreen and its accuracy at step tracking and heart rate monitoring. Consumer Reports notes that the device is “lacking in some features,” most obviously in terms of smartphone compatibility: you have to have a compatible Samsung smartphone to check your smartphone notifications on the device. This fitness band also lacks GPS tracking and doesn’t track stairs climbed. Additionally, its battery lasts only around three days, and it doesn’t have any alarm functionality. 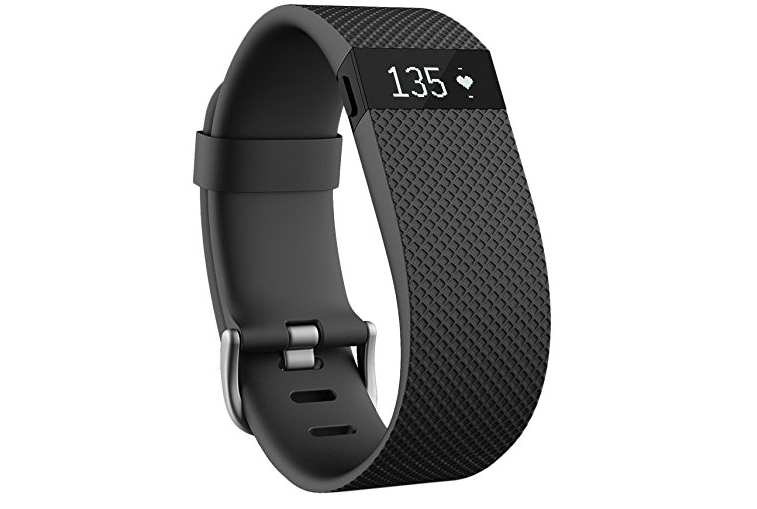 If the best fitness band for you is one that’s simple and splash-proof, the Fitbit Charge HR is a good device to consider. This fitness band can track your steps, calories, stairs climbed, and sleep. Even though its display is small, you can use it to check your smartphone notifications. This device doesn’t feature GPS tracking or have multi-sport tracking capabilities, but its battery lasts for five days and it can be paired with either an Android smartphone or an iPhone. The companion app enables you to quickly track your food consumption, and the display is easy to read in both bright and dim light. Consumer Reports reviewers noted a few cons associated with the device, including the absence of GPS tracking, the lack of multi-sport tracking, and the battery life of five days. 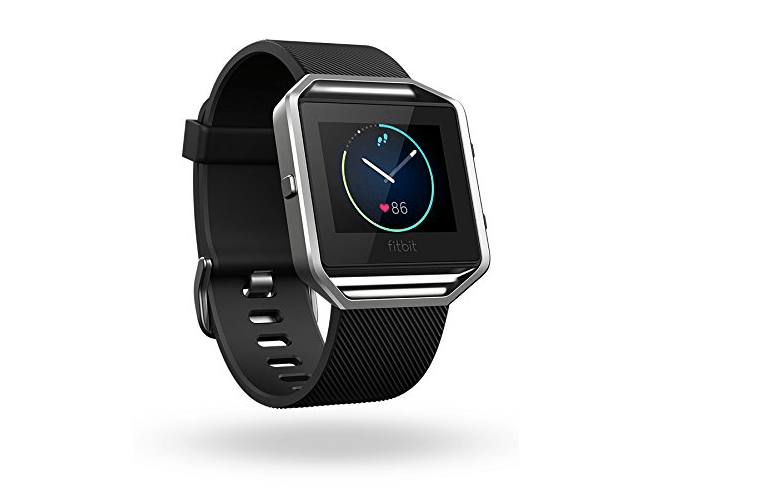 The Fitbit Blaze is a high-end fitness band that acts more like a smartwatch than a fitness tracker. It has a 1.2-inch color touchscreen, which can display texts, phone calls, and calendar notifications. The device can track your steps, measure your heart rate, and estimate the calories you’ve burned. A major plus is that you can check your results on the Blaze, instead of pulling out your smartphone, and the device features applications for a variety of sports and activities. Reviewers noted that the Fitbit Blaze is “unwieldy to charge,” though its battery lasts for up to five days, which is impressive compared to some other smartwatches. Cons noted by Consumer Reports include the absence of GPS tracking, the fact that charging the device necessitates removing it from the band, and the fact that navigating the interface requires “repeated tapping.”

The Garmin Vivosmart HR earned a high ranking from Consumer Reports thanks to its many tracking abilities and its smartphone-related features. This fitness band has a small LCD display that reviewers found “works great outside.” The device syncs with either iOS or Android devices, and is capable of tracking your steps, the stairs you’ve climbed, your heart rate, the calories you’ve burned, and even your sleep patterns. Additionally, the Garmin Vivosmart HR can offer notifications for email, calls, texts, and calendar events, and you can even control your music via the device. Consumer Reports notes that it also has a number of other features, including a wake-up alarm and action cam control. The only cons that reviewers noted were the lack of the GPS and the battery life of five days.

The top-ranked tracker and a strong contender for the title of best fitness band is the Fitbit Surge. Consumer Reports reviewers concluded that this device is “packed with features for athletes and fitness enthusiasts.” It features GPS, a heart rate monitor, and a large touchscreen to review your stats. It can track your steps, log the stairs you’ve climbed, and estimate the calories you’ve burned. Reviewers found that the Fitbit Surge is “highly accurate” in terms of heart rate and step tracking. Additionally, it can receive phone call and text notifications from an Android smartphone or an iPhone. Reviewers didn’t list any cons for this device, which may make it the best fitness band on the list.