Despite the chill setting in during the winter months in most of the United States, chances are there’s that guy on your shopping list who can’t wait to be sleeping under the stars, battling whitewater rapids, or finding a favorite hiking trail to call his own. Though enjoying the great outdoors can be simplistic in nature, outfitting yourself with quality gear can be an expensive task.

With that in mind, we’ve put together a few gift ideas for the outdoorsmen in your life. If you’re looking for ideas to add to your own list, some of these might fit the bill. Many of these are big-ticket items, meant to outfit the man on your list in a significant way. We’ve also got a guide of stocking stuffer items, if you’re looking to add odds and ends on to a gift you’ve already purchased.

No matter whether you’re buying for a seasoned outdoorsman or someone who’s just getting started, these gifts are sure to please. Whether the guy on your list is into backcountry hiking, canoeing, or hunting, there are plenty of options to make sure he’s equipped for the great outdoors. 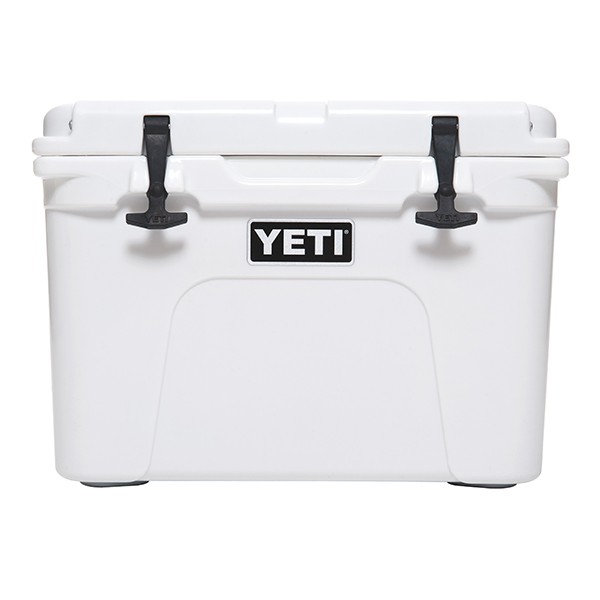 There’s a cooler, and then there’s a Yeti cooler that’s proven its reputation of basically being a portable freezer, keeping your ice in cubes for multiple days. The Tundra 35 is the original model, and the chest holds up to 20 cans of whatever beverage you desire, plus it’s endorsed by Eureka. Last year, Outdoor Life suggested the Hopper, a soft-sided version that doesn’t skimp on cooling abilities.

“To call the Hopper a soft-sided cooler is like calling a monster truck a pickup. The shell is made from the same material as whitewater rafts, and a HazMat-suit-style zipper prevents leakage. I loaded my Hopper with beer and ice on a Friday last August and dumped slightly melted cubes on the campfire coals on Sunday,” Outdoor Life former senior editor John Taranto wrote.

One more bonus? Yeti coolers are grizzly proof — tested by two adult grizzly bears without any success of getting the goods inside. Even if you’re not in bear country, you know your food is going to be safe from prying paws, no matter their size. 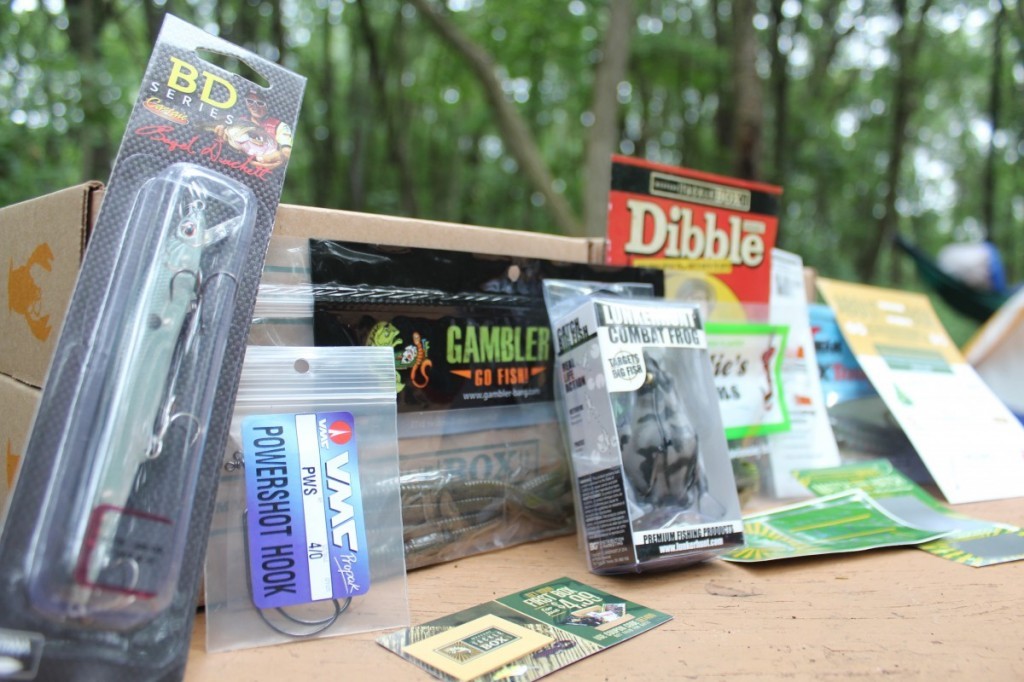 We’ve written about a number of subscription boxes before, but this one is tailor-made for the angler in your family. Each month, Mystery Tackle Box sends a new shipment of quality lures from a number of different companies. You can designate which species of fish you’d like to be on the other end of the line, and the lures will be customized accordingly.

Mystery Tackle Box offers a single gift box for $20, but you can also sign up for a recurring box for three, six, or 12 months. The company also hosts a blog where you’ll find fishing tips and other information.

Hydration packs have been around for a while, but innovations continue to help them improve. One pack in particular, made by Geigerrig, has a pressurized tube which means the water sprays out when the user bites down on the valve.

“It’s a small difference, but a significant improvement from traditional packs that require sucking on the bite valve to get a drink. The spray system also makes it easy to squirt water on a scraped knee, or give the dog a quick drink with minimal risk of sharing slobber,” wrote Jessica Miller for The Salt Lake Tribune. 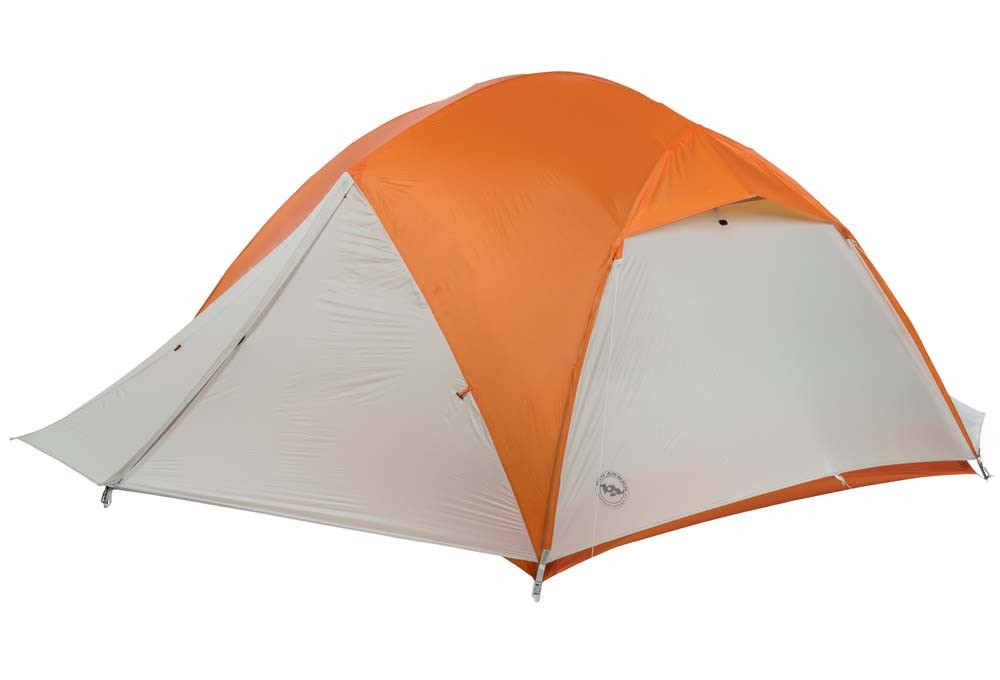 This item is probably the one on our list with the greatest chance of price variability. Outdoor Life likes the Big Agnes Copper Spur UL4 for its roomy feel, good ventilation, and ability to withstand wind gusts. Wide Open Spaces and Eureka both suggest options for group camping, with tents that sleep several people in one space. Consumer Reports give some tips on selecting the right tent, and other consumer review sites list the best new models from 2015. While many of these will cost you several hundred dollars, you can also shop around for sales, or a tent that isn’t quite the luxury model but will still get the job done. 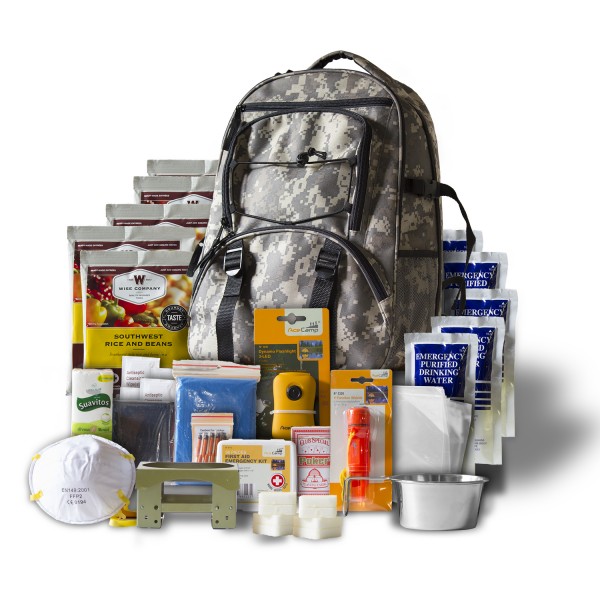 Whether you’re buying for a novice outdoorsman or just someone who’s a little low on supplies, the backpack from Wise Food contains the necessities for surviving some unexpected nights in the woods. Among its 64 pieces, the pack contains several freeze-dried entrees, a portable stove, a flashlight, waterproof matches, water pouches, and a first aid kit.

If you’re an outdoorsman, consider putting together a pack yourself. The first aid kit is non-negotiable, but you can customize other items in the pack based on the interests and needs of the person you’re giving it to. 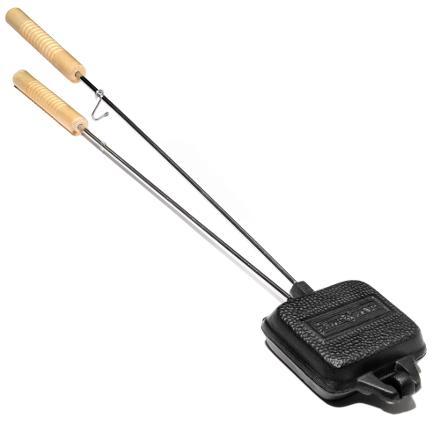 Are you looking for something to enhance the camping experience, but don’t really want to bankroll the tent and larger gear? You can’t go wrong with purchasing some cast iron pie irons. Bigger than a stocking stuffer, but a little easier on the wallet than, say, a tent, pie irons should be a staple at every campfire, along with the s’mores supplies.

They’ll be left behind on backpacking trips (their weight and bulk don’t make the effort worth it), but they’re sure to be a hit on camping trips. Grease the sides with cooking spray and add pizza ingredients, buffalo chicken dip, or pie filling between two slices of bread, and you’ve got a camping feast. As with most things, you can always spend as much as a you want, but the simple versions from Dick’s Sporting Goods or REI that cost around $17 do the trick.