6 Best Robots You Can Buy and Build at Home

Robots are pretty exciting machines to observe if you have any interest in science, engineering, or artificial intelligence. Many parents buy robots, or kits to build robots, if they think that their children are going to be interested in programming or engineering. But as Jenn Choi reports for Quartz, those parents are often disappointed when they realize that most robots are “nothing more than remote control droids.” That can be fine for young kids, who are still perfecting the motor skills they need to build a robot, and may not be ready to learn coding yet. But there are plenty of kits that do teach some programming for older kids, as long as you know what you’re looking for.

Choi tested numerous robots with the help of families with children ranging from five to eleven years old, and identified many robots that will demonstrate the benefits of coding by immediately executing the programs that kids create. But Choi writes that not every robot is right for everyone, something you’d do well to keep in mind no matter what kind of robot you’re looking for, or what age your kids are. Robots are available at a number of price points and for a range of ages, and with different capabilities for each family’s particular priorities. Among the top-rated robots, which earned high marks from Choi and from other reviewers, there are many models that you can buy and build at home. Check out our favorites ahead.

KIBO is a robot that scans barcodes from color-coded wooden blocks, which you connect together with pegs. Each block features an image that illustrates a directive, and together, the directives make a programming sequence for the robot to scan. Choi notes that unlike most robots, KIBO is simple so as not to intimidate children. That means that this kit is great for teaching young kids the basic logic behind programming and mobile robots, even if they don’t have any prior experience with coding. 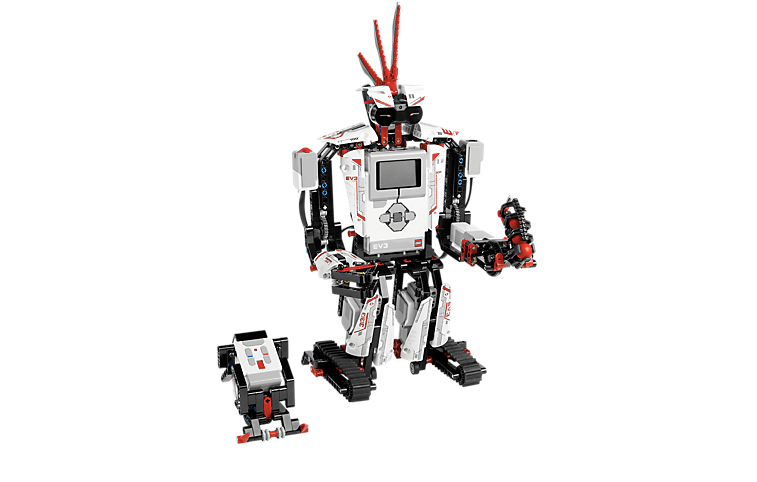 Choi characterizes the LEGO Mindstorms EV3 as “the quintessential robot,” and a good match for what most people think of when they visualize a robot. Its modular design enables kids to change the robot’s structure, and its programmable “brain” enables it to complete tasks without being directed at every step. A typical programmed task will use an if/then clause. Choi notes that while this robot might seem like a natural next step after your child has built some complex LEGO sets, a child “must be interested by the potential to build and to code in order for this toy to be successful.” Parental help is necessary for downloading software or programs on the computer, and understanding complex directions. And children faced with building challenges will benefit from the help of someone who can ask them the right questions to help them figure out a solution. 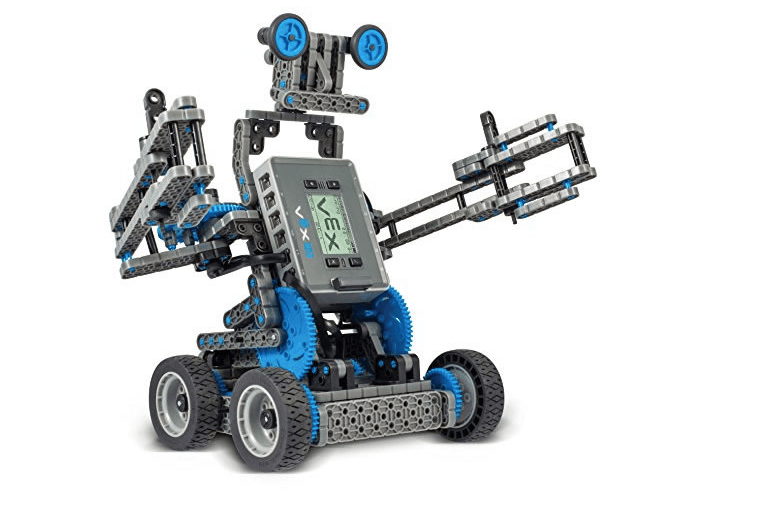 A similar system is the VEX IQ Robotics Construction Kit, which has been on the education market for years. The consumer-facing versions of the VEX IQ and LEGO EV3 are different from the education sets, which contain trays for parts and rechargeable batteries. Either way, the VEX IQ is a great robotics platform for kids as young as 8, who can create colorful, custom, and programmable robots without tools. Your kids can follow step-by-step instructions to build their first robot, and then create their own designs and programs.

Choi writes that the Remote Control Machines DLX may be a good match if you’re looking for a robot “that doesn’t really involve programming or require parents.” The set comes with large, full-color instructions that enable your children to figure out how to build the robot on their own, and kids can choose from 20 different builds. Not every kid is as interesting in coding as they are in building, and that’s okay. Choi explains, “While programming isn’t offered here, it’s good for kids to learn about the mechanisms they would actually need to program in real life.”

Another blogger with recommendations for the best robots for your kids to build is Gillian Pemberton, who writes for Fractus Learning that the Makeblock Starter Robot Kit is a great choice because it uses basic Arduino programming. The kit builds either a robot tank or a three-wheeled robot car, and is a great kit for beginners thanks to its durability and the ease of programming.

A more basic place to start when it comes to robot kits is the Smart Machines remote control toy building kit. The included instructions are for build that should take between 40 and 140 minutes to complete, and the parts are reusable, so your child can design and build their own remote-controlled robots, too. This is a great kit for children who already love building, and is also a good introduction to remote controls for younger kids, who may not be ready yet for a kit that’s geared toward teaching coding.