Choosing a Halloween costume is difficult. Sure, you probably want to dress up as something that’s topical, creative, and easy to assemble. But after a long day at the office, the last thing you want to do is brainstorm costume ideas — especially when there are tons of spooky films to watch. This year, we did all the leg work for you. Have a look at this year’s best Halloween costumes. Trust us, there’s something here for everyone — and all costumes are more creative than a “sexy cat.”

While dressing up as Queen B for Halloween is culturally relevant any year, consider 2016 the perfect opportunity to bow down to her latest album “Lemonade.” Not only was it the sixth time in a row that one of Beyoncé’s solo albums debuted at No.1, her hits like “Don’t Hurt Yourself,” and “Formation” became anthems for women nationwide. While all her looks in the visual album deserve praise, we think that channeling Yoncé from “Hold Up” is the most iconic option. Simply grab a flowy yellow dress from a secondhand store or your mom’s closet and pair it with some platform sandals and dangling earrings. If you don’t have Beyoncé’s beachy waves, you can leave your hair in braids the whole day and take them out right before you step into the party. Oh, and don’t forget your baseball bat. 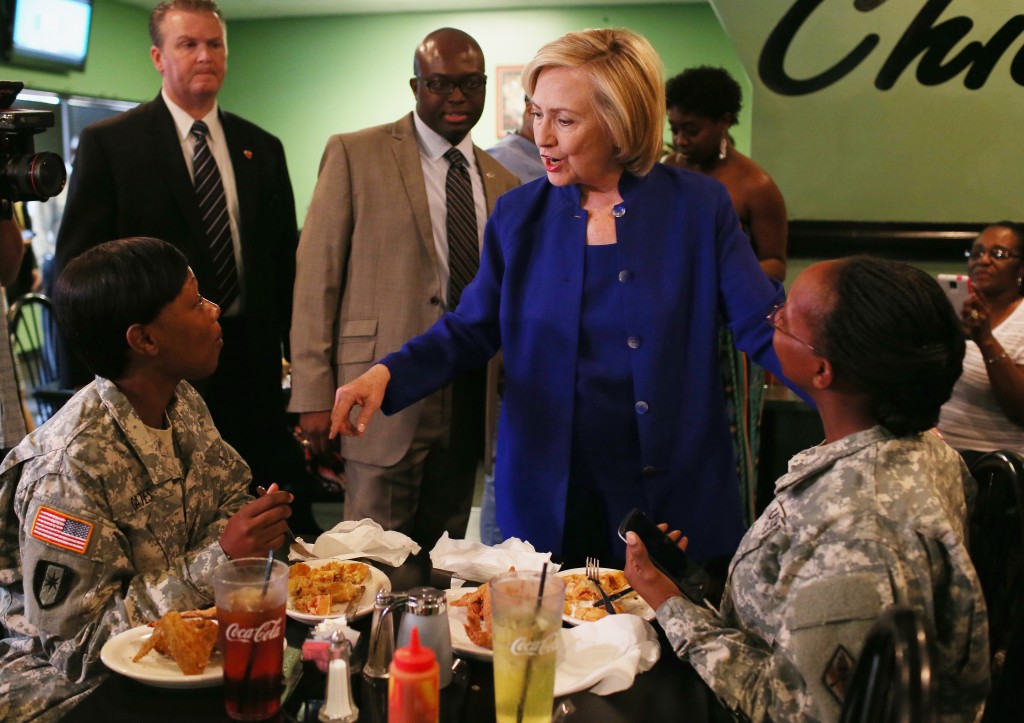 The former First Lady, senator, and Secretary of State could be our next president, so now’s a better time than any to dress up as the Democratic candidate. Hillary is known for her striking pantsuits, and you can easily find an affordable combo at your nearest thrift store. If you have a choice between colors, opt for a bright red or cobalt blue. Since you probably aren’t rocking her short ‘do, tie your hair back into a professional French twist. Go the extra mile by carrying a United States flag around and spend the night chanting, “Women’s rights are human rights.”

The recent Suicide Squad movie might’ve received lukewarm reviews, but there’s plenty of costume inspiration lurking in the summer flick. Harley Quinn, played by Margot Robbie, has a killer outfit, amazing makeup, and some Insta-worthy hair, and if you’re up for the challenge, it could make for a killer Halloween costume. You very well may already have the contents of the outfit — ratty graphic tee, bathing suit bottoms, fishnet tights, and a tough moto jacket — all you need to do is pair the ensemble with some combat or heeled boots. The tricky part is the hair and makeup. To nail this costume, you’re required to play with tons of face powder, eyeshadow palettes, and even temporary dye for your hair. If you’re no makeup expert, enlist your beauty-crazed friend to help you. 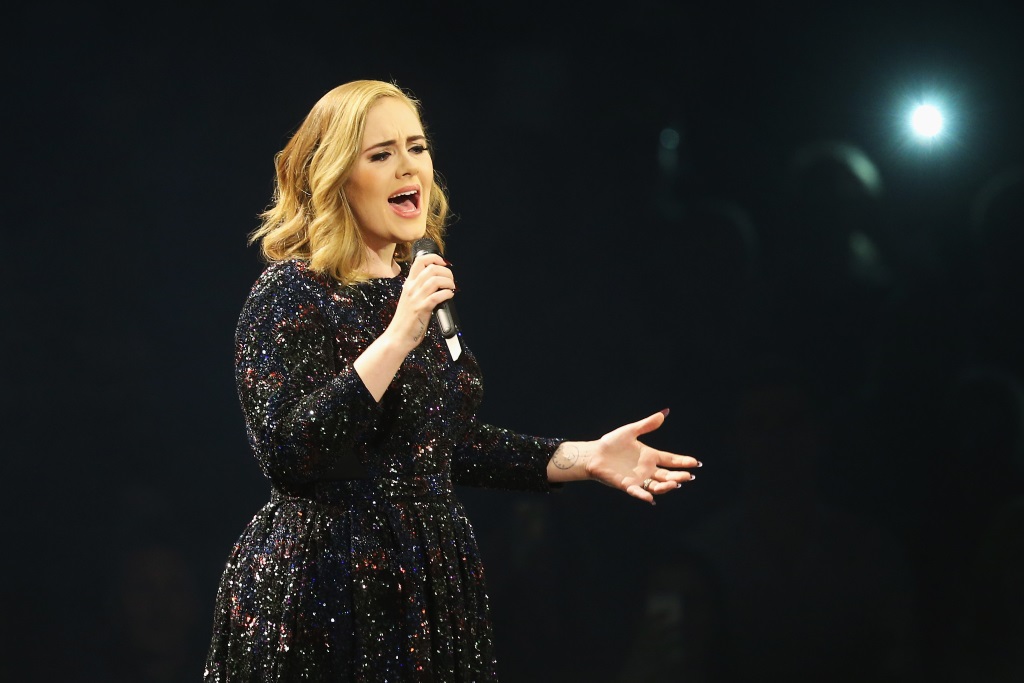 Since scoring a ticket to Adele’s world tour was perhaps more difficult than winning the lottery, the British crooner makes for a great Halloween costume this year. Plus, it’s super easy to assemble: Just pair your fanciest black dress with some ballet flats. For a funny add-on, pick up a “Hello My Name Is” name tag and write a lyric from her smash hit “Hello” instead of a name. On the beauty front, give your mane a sleek blowout and draw on a dramatic cat-eye.  As a bonus, this costume idea is basically an excuse to belt your favorite Adele tunes in public. 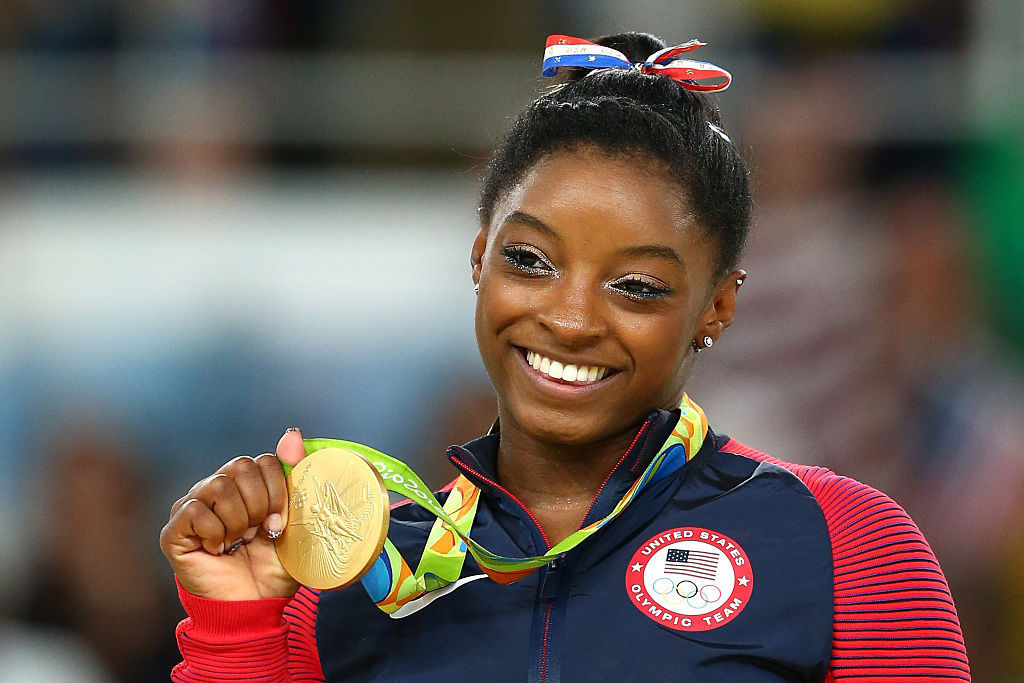 With multiple gold medals to her name and a spot on America’s treasured “Final Five” gymnastics team, Simone Biles was the one to watch at this year’s summer Olympics. Halloween’s a great time to channel the young athlete — even if you can’t walk a balance beam or do a somersault. Style a patriotic leotard — which you can easily find on Amazon or even at a nearby costume store — with a pair of sweatpants, sneakers, and tons of (fake) gold medals. Tie your hair in a peppy ponytail and secure it with a ribbon. Comfortable and creative? Definitely something we can get behind.

Use your favorite TV show as costume inspiration | Amazon

When in doubt, you can always use your favorite TV show as inspiration. Good Girls Revolt, an Amazon series that’s set to premiere on October 28,  has already racked up rave reviews so you’ll be ahead of the curve and rocking an easy Halloween costume. The show centers around the 1960s women’s rights movement, and you’re bound to have some preppy threads hiding in your closet. Whether you sport a polished shift dress or cable-knit sweater and pencil skirt, be sure to keep your hair straight and accessorize with some pearls or a thick headband.