Budget Laptops: 7 Ways to Avoid Buying a Piece of Junk 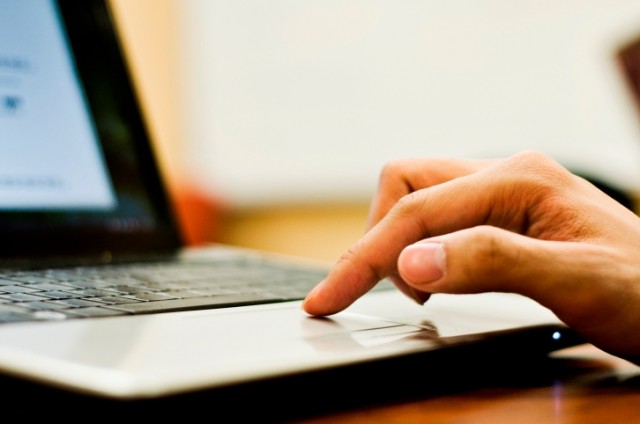 Need a laptop, but don’t want to break the bank? Good news: You don’t have to necessarily sacrifice quality in order to get a good deal. However, it’s very important to take a little additional time to make sure that you’re not wasting money, because there is indeed a lot of junk out there.

This list will come in handy while you shop to ensure the budget laptop you’re looking at isn’t cutting corners on something you may need down the road. Here’s seven tips to get the best deal.

You should expect that any laptop you’re considering has at least 4GB of RAM and not settle for any less, PC Magazine writes. We agree: For example, while Microsoft recommends only 1-2GB of RAM to run Windows 10, its popular Office suite needs at least 2GB. It’s a good rule of thumb to try to have double the requirement though, as it will help prevent issues when using multiple applications at once. You may buy a laptop with lower memory and simply buy an extra stick of RAM to add on — just make sure the laptop has a free slot before planning on this.

On the flip side, you really don’t need anything more than 8GB either unless you’re planning to use some very demanding programs, such as video editors or video games. We’d also recommend here buying a better laptop (or a desktop if you don’t require the mobility and want to save extra money) if that’s what your primary use will be: Many games require substantial graphics and processor power that you won’t find on most cheap laptops.

2. Invest in a decent processor

Microsoft Office Suite and most other basic applications recommend at least a 2.0GHz processor or better, which is found on most inexpensive laptops. Traditionally these will either be an Intel Atom or Celeron processor, though. While these processors are good enough for basic applications, they’ll likely bog down under heavy use.

As we have explained in a recent buying guide, we suggest you consider a multi-core processor over a single core if at all possible for better performance. It is possible to get a multicore processor in a cheap laptop, but be prepared to eliminate ultra-cheap models from your search.

(Quick note: If this is just to surf the web and occasionally do some word processing work, processor speed isn’t that important, so those cheap single core laptops may do the trick.)

Manufacturers skimp out on hard drive space when it comes to cheaper laptops, unfortunately. It’s very easy these days for you to have tens of gigabytes (maybe even more!) of photos and videos alone, and that’s before any applications or other things you may like to store. Laptop Magazine recommends at least 320GB of hard drive space, and our check of Best Buy’s low-end laptops shows that most middle of the road budget laptops will provide that kind of storage space.

Laptop Magazine also brings up another very good point, and that’s hard drive speed. Hard drive speed is measured in something called RPMs, or “revolutions per minute.” Most hard drives in this category will come in at 5,400 RPMs, but if you can find models with anything faster put those at the top of your list. A second factor of hard drive speed is the connection to the computer, which are usually listed as SATA followed by I, II, or III (or sometimes 1.5GB/s, 3GB/s, or 6GB/s, for their respective speeds). The higher number the SATA port, the faster the hard drive will be able to communicate with the rest of the computer.

You’re already cutting corners elsewhere with cheap laptops, which may affect performance, so try to make your hard drive as fast as possible! It will actually make the laptop somewhat faster overall because it’s accessing data faster.

PCWorld points out that you will find yourself battling a lot of applications and programs sucking up resources that you don’t need in this category. Why do these machines have so much worthless software? It’s simple: These companies are pretty much paying the manufacturer, and in turn that manufacturer can sell a cheaper laptop.

When shopping, see what applications are installed on the computer from the factory, and opt for machines that have less bloatware. In the long run it’s going to keep you more sane. It can sometimes be a real pain to get rid of these programs completely.

5. Decide on a Chromebook or PC

The decision on whether you go with a standard Windows based-laptop or a Chromebook is going to depend on how you plan to use it. Always think about the future as well, which most people don’t do (we found this as one of the top computer buying mistakes people make not too long ago).

If you use or could use Google products exclusively, and don’t mind keeping almost everything “in the cloud,” then a Chromebook may be for you. You’ll find many Chromebooks at insanely low prices ($200 or less in most cases). For many of us this may be too basic, and if that’s you, stick with Windows.

We should note that Windows 10-based “cloud” laptops do now exist, but again here you’ll need to make sure it suits your needs. Remember that these laptops need to be connected to an Internet connection to fully work.

Sometimes manufacturers will lean on gimmicks to differentiate themselves from the competition — and believe us, there’s a lot 0f cheap computers out there. The best thing to do is avoid fancy features. For example, one PC manufacturer may include touchscreen technology in their displays, or a swiveling display. Chances are this touchscreen is not going to work as well as more expensive and higher quality models, and that swiveling display may not be as rugged.

You’re here to buy a basic, good, cheap PC. Stick to that, and it will keep you out of trouble.

7. Most importantly, try before you buy!

In the budget laptop space, perhaps the most important thing you can do is actually take them on a test drive. Going to a major electronics retailer and comparing laptops side by side will quickly give you an idea of the top candidates and the also-rans.

Does the screen work for you? Is it bright enough? Does the trackpad and keyboard feel sturdy? Does it look well made? When buying a computer on the cheap, all of these factors become magnified. Whatever you do, don’t buy it online sight unseen — you’re asking for trouble later. And when you get it home, be sure to try it out even more thoroughly while it’s still in its return period.