Build a Classic Wardrobe With These Iconic Brooks Brothers Pieces

Wearing a Brooks Brothers suit or shirt is a rite of passage into the world of traditional style. After all, the brand is practically synonymous with the gilded ranks of the presidents, actors, and authors it’s dressed. If you’re ready to add some classic style to your wardrobe, read on for our tips on which of the brand’s time-tested, adaptable classics you should invest in.

But first, a quick note on the name. You’d be forgiven for assuming that the favorite clothier of politicians and poets was founded by a group of brothers. But actually, the man to begin the brand was the father of the family, Henry Sand Brooks. Dear old dad opened his first store, called H. & D.H. Brooks & Co., in New York City in 1818. Fifteen years later, Brooks’ eldest son Henry took the helm, and in 1850, younger brothers Daniel, John, Elisha, and Edward stepped up and renamed the company Brooks Brothers.

The brothers showed a penchant for innovation, as did the men who eventually succeeded them as leaders of the company. Brooks Brothers played more than a minor role in defining the styles that American men have aspired to for generations. After all, the oldest men’s clothier in the United States couldn’t stay in business for so long without remaining relevant. Don’t believe us? Check out the most timeless of Brooks Brothers’ iconic styles below.

Picture this: if you wanted to buy a suit in the mid-1800’s, you couldn’t just walk into a store, pick up a couple off the rack to try on, and walk out with your favorite one. Instead, you’d have to go to a tailor, who would measure you, talk to you about the style you wanted, make a selection of materials, and then begin the long, arduous task of constructing your suit either from a pre-existing pattern or from scratch, by hand.

You probably don’t have time for that, do you? Neither did the adventurers joining the California Gold Rush. So Brooks Brothers had a solution: ready-made suits. In 1849, the brand introduced the idea of pre-made suits, and the rest is history. The brand still offers an impressive collection of off-the-rack suiting, and our favorites include fashion-forward styles by Black Fleece and the entry-level options by Red Fleece. Or, if you want something custom and aren’t in a hurry to leave for California, Brooks Brothers still offers made-to-measure suiting and shirting.

Other little-known facts about Brooks Brothers’ suiting innovations? The company clothed Union soldiers throughout the Civil War, gifted Abraham Lincoln the coat he was wearing when he was assassinated, and later, in 1901, introduced the sack suit, a silhouette that went on to dominate collegiate and business attire for the first 60 years of the century.

It may be hard to picture your wardrobe without this staple, but without Brooks Brothers, it just wouldn’t be around. The buttons that conveniently keep your collar in place over your tie or under your blazer actually had a much more athletic purpose, originally. At an English polo patch, John E. Brooks, grandson of the company’s founder, noticed that players’ collars were buttoned down to prevent them from flapping around in the wind. 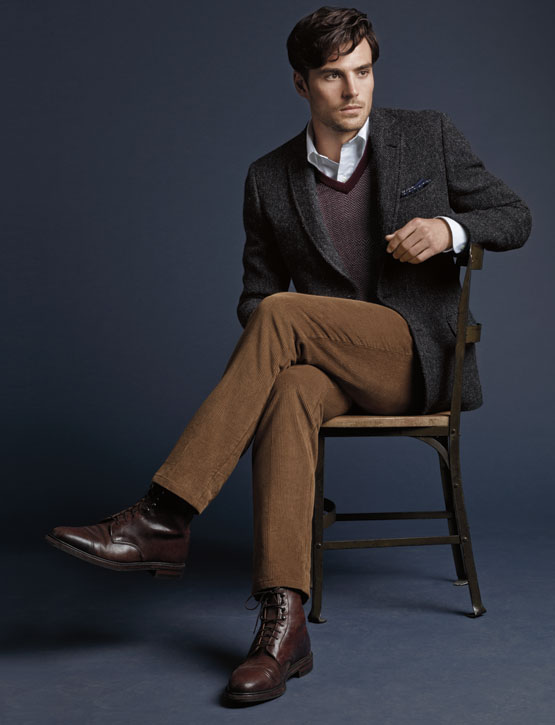 Chances are good that you’ve heard the name Harris Tweed before. But if you’re not sure exactly why it’s so revered in #menswear circles, we’re here to catch you up. This respected tweed originates in the Outer Hebrides, where its durability makes it essential for cold Scottish falls and winters. Brooks Brothers traces the fabric’s origins back to 1846, and when the company began stocking it in 1900, it became the fabric of choice for hunting and horseback riding.

But you don’t have to anticipate doing either of those to make an investment in a Harris Tweed garment worthwhile. A Harris Tweed jacket, particularly, is an excellent choice if you’re expecting a cold fall or winter, and you can seriously elevate your style with a piece like the classic windowpane sport coat, the crow’s feet sport coat, the herringbone sport coat, or even the casual hybrid jacket. While you’re at it, spend a moment appreciating the craftsmanship, and take note of how the artisans certify and stamp each article they produce, with an orb and a Maltese Cross you can still find on each Harris Tweed garment stocked at Brooks Brothers. 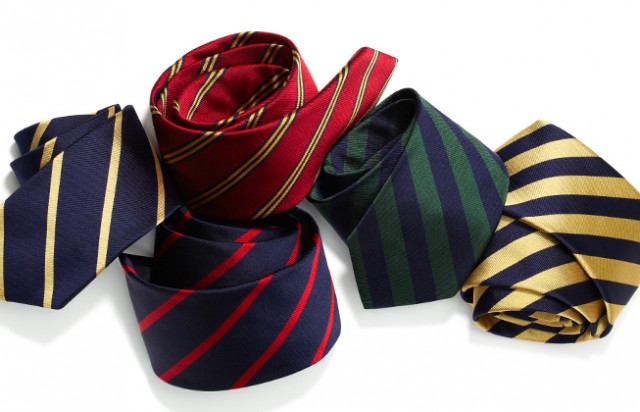 Devotees of preppy style, this one is for you. In the earliest years of the twentieth century, Brooks Brothers introduced Americans to two items that have become mainstays of traditional style: the repp tie and the Shetland sweater. Brooks Brothers created the repp tie by reversing the direction of the stripes on English regimental ties, which effectively divorced the style from its social significance and opened the look to the general public, and now to stylish guys like you. The company still offers a range of repp ties in different stripes — check out the ties section for a wide selection. 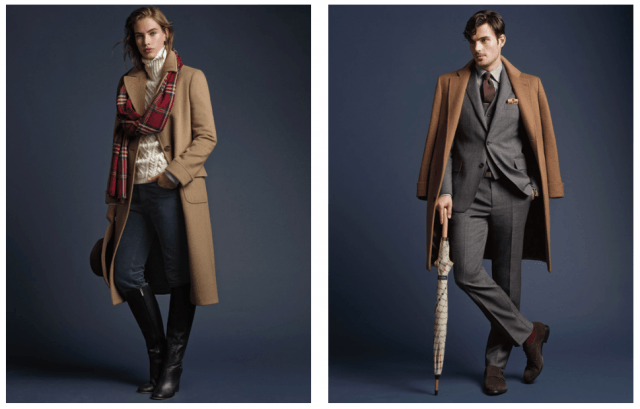 We’ll keep this one short and sweet: the classic tan polo coat — which you’ve probably seen on a favorite professor or a preppy uncle — is another English style that you can thank Brooks Brothers for bringing onto America’s radar. You can’t find a more classic style than the polo coat if you’re looking for a solid piece of outerwear. The style is still associated with Ivy League style, and Brooks Brothers continues to offer its classic polo coat, with both a double-breasted version and a single-breasted model made from Loro Piana camel hair.

It’s no surprise that the 1920’s ushered in a major fashion moment. But what you might not know are some of the famous names who helped Brooks Brothers achieve its iconic status during the decade. Renowned author F. Scott Fitzgerald, who was a fashion icon throughout the Jazz Age, helped to popularize several Brooks Brothers styles, like the button-down attached-collar shirt.  Another famous name to wear Brooks Brothers in the twenties was Charles Lindbergh, who didn’t have the cargo space to pack a change of clothes on his historic transatlantic flight from New York to Paris. When he landed, the American ambassador to France loaned him a Brooks Brothers suit.

Fast-forward to the 1980’s, when it became known that another cultural icon, this time pop artist Andy Warhol, wore a wardrobe composed almost entirely of staples from Brooks Brothers. As Jake Gallagher reports for A Continuous Lean, Brooks Brothers’ roster of clients has famously included politicians, presidents, actors, authors. Though Warhol might not seem like the brand’s standard customer, he made the traditional clothing his own. With tie askew, navy blazer worn in, shirt curled at the collar points, and dress shoes rarely tied, Warhol demonstrated that “it’s far more alarming to the status quo to add your own subtle spin to the norm, than it is to depart from it completely.”