Whoever came up with the idea that beautiful hair always has to be long and flowing needs a serious introduction into the world of short ‘dos. Going for less length can be just as gorgeous, if not more so, than a super long style. Need proof? Look no further than these 10 celebrities to see just how chic short can be. 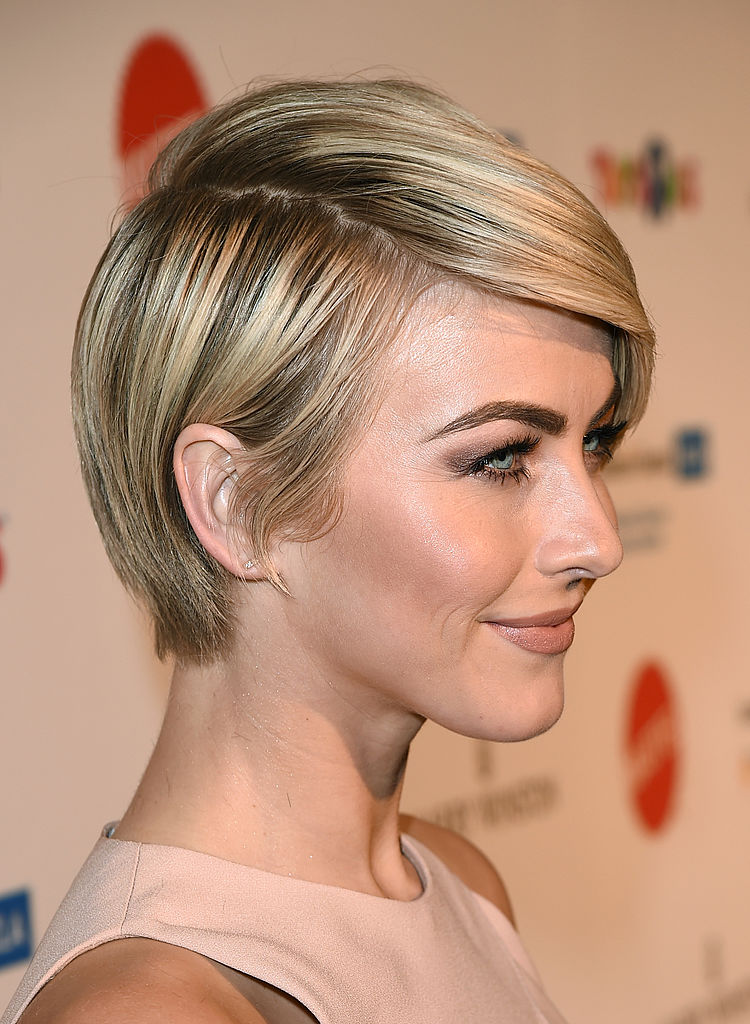 In recent years, dancer and actress Julianne Hough has most often been seen sporting her signature lob, but in 2012 she told InStyle she was itching to make a dramatic change. “I keep going shorter, it’s like the curse of the short hair syndrome,” Hough said. “My friend has a pixie cut and I’ve been wanting to do her style. I probably won’t do that, but I want to.” Well, two years later, she actually did. Hough has the ideal face shape to pull off an ultra-short cut, and she looked incredible showing it off on the red carpet throughout 2014. 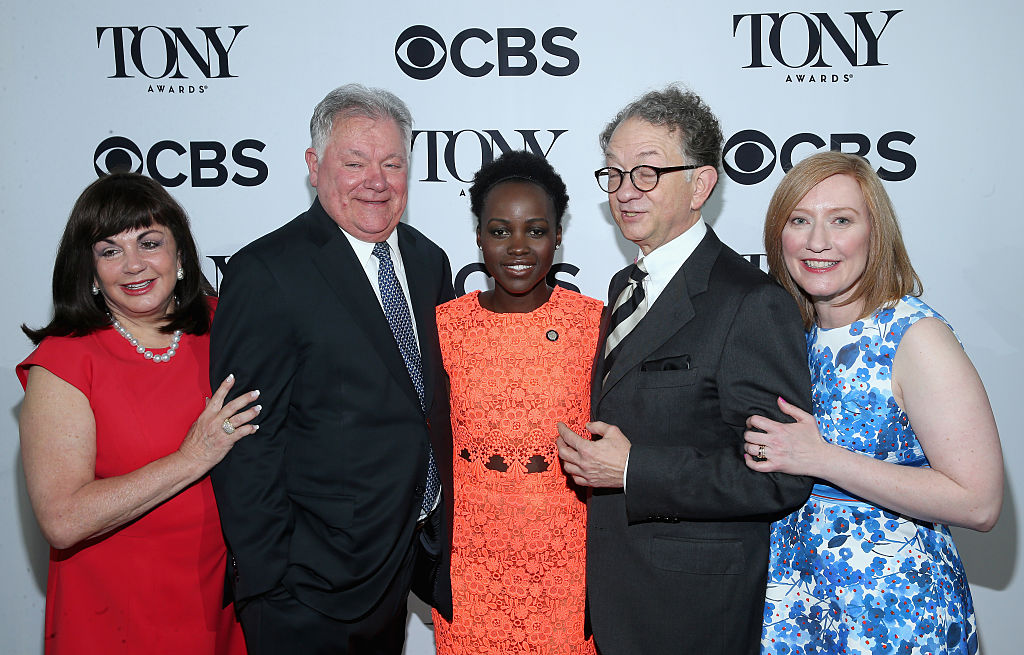 Lupita Nyong’o showed off her short ‘do at the 2016 Tony Awards. | Jemal Countess/Getty Images

Lupita Nyong’o is always a vision in short hair. Of the many celebs with gorgeous short do’s, Nyong’o consistently shows the most creativity in how to style it. She continually comes up with innovative ways to mix up her look, which is a huge feat considering she often has less than two inches of hair to work with! From the French roll to a twisted pompadour, Nyong’o proves short hair is in no way limiting. 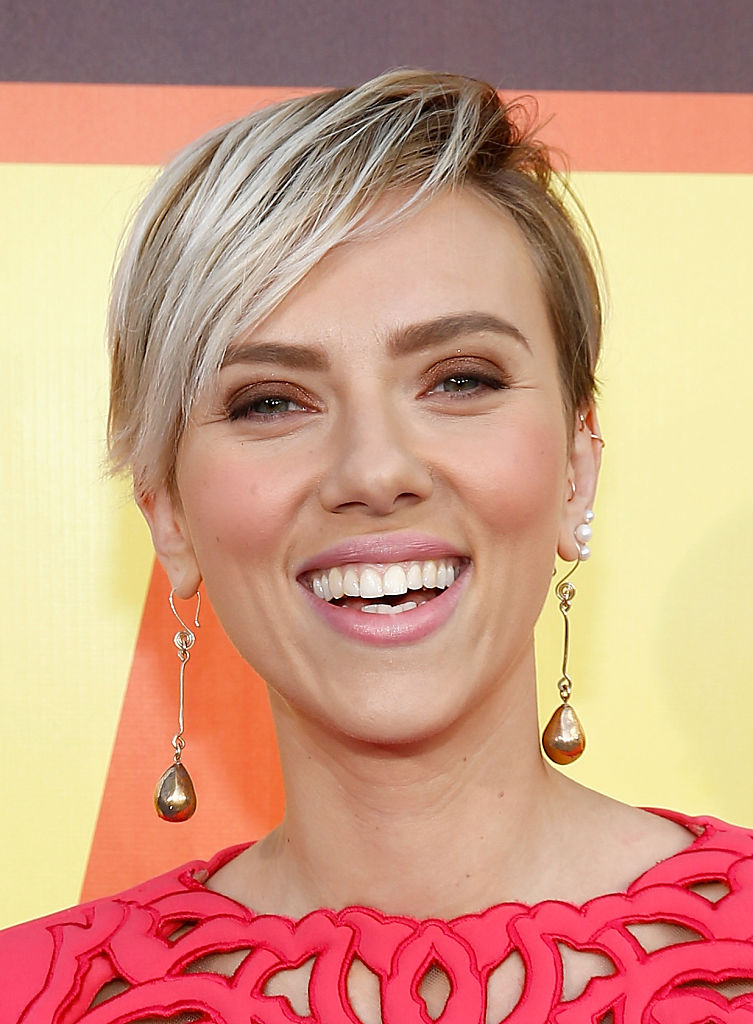 Scarlett Johansson is a total hair chameleon. She’s experimented with every color, texture, style, and length since stepping onto the Hollywood scene in 1998. However, from 2014 through today, Johansson hasn’t wavered from a very short blonde cut  — and we absolutely love it. Here she is shining in pink at the MTV Movie Awards. 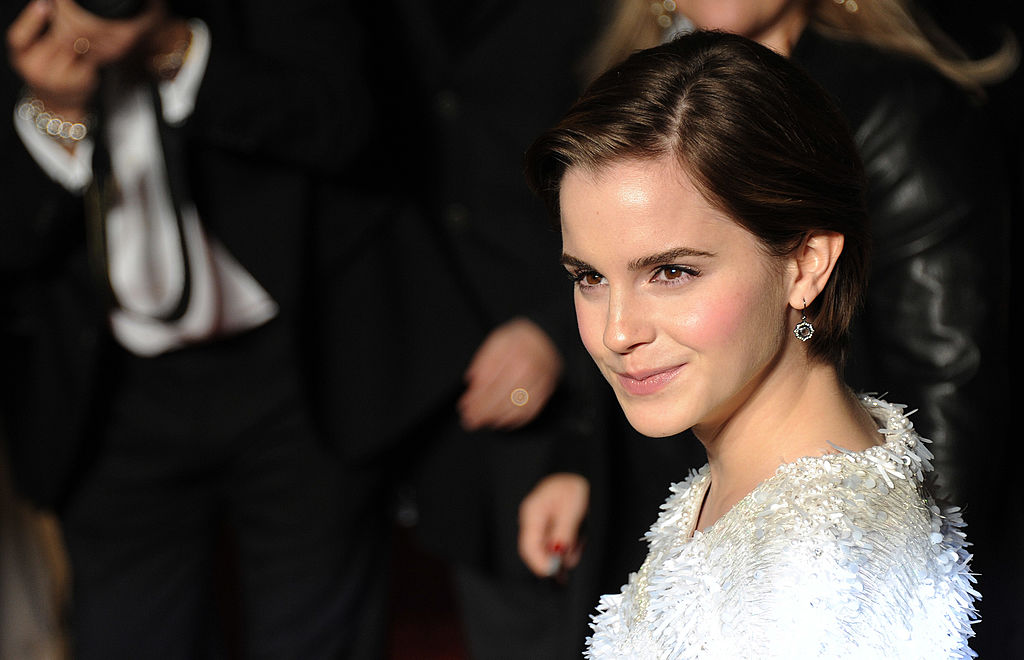 Emma Watson can rock a short ‘do, too. | Stuart Wilson/Getty Images

A colossal change from the long, frizzy, auburn haircut she had throughout her role as Hermione, Emma Watson’s infamous pixie crop debuted in November 2010. She described this huge change as “the most liberating thing,” and the fashion world responded with overwhelming support. Watson’s pixie cut even appeared on the cover of British Vogue in December 2010, as well as Vogue’s July 2011 cover. 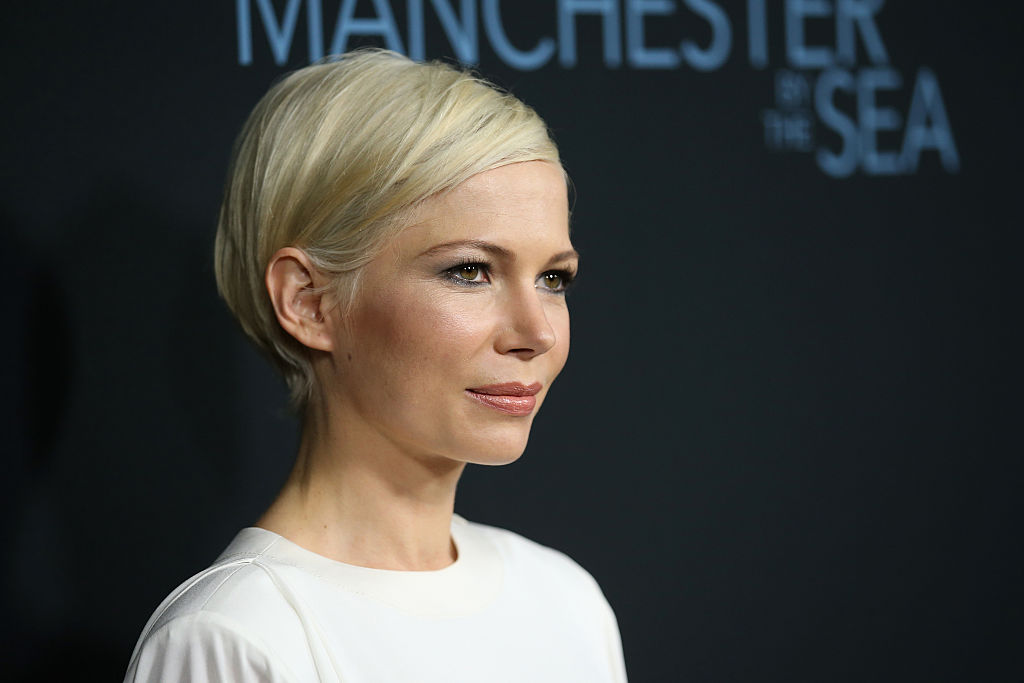 As much as we adore Michelle Williams’ classic, short blonde cut, it turns out there is a heartbreaking reason she has resisted changing it. In an interview with Elle UK, the talented actress revealed why she holds onto her cropped cut, even though her daughter and heterosexual men supposedly aren’t fans. “I cut it for the one straight man who has ever liked short hair and I wear it in memorial of somebody who really loved it,” Williams said, referencing her late partner Heath Ledger, who tragically passed away in 2008. 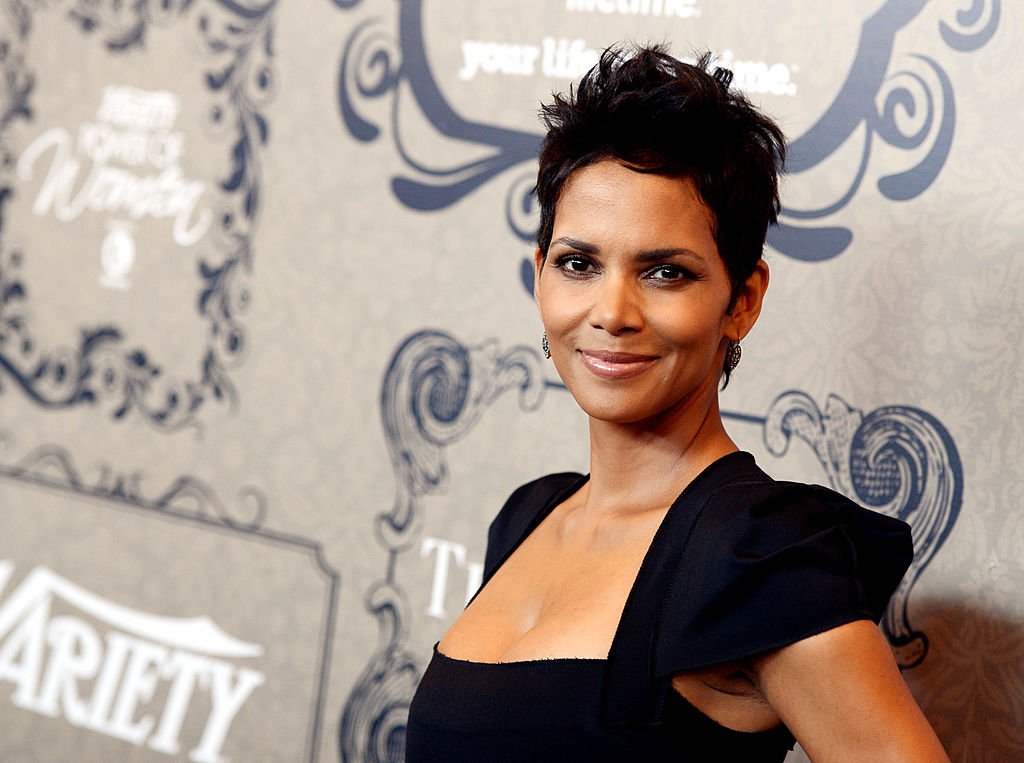 This striking actress could pull off any hair cut with smashing success. Yet, when she first cut her hair short in 1989, she was told she’d never get any work looking that way. Shortly thereafter, Berry booked her first role in the TV series, Living Dolls, and she believes it’s solely because she stood out from all of the other girls with the exact same look. Berry’s career took off from there, and today she’s a proud Oscar winner. It just goes to show you how greatly a risk can pay off. 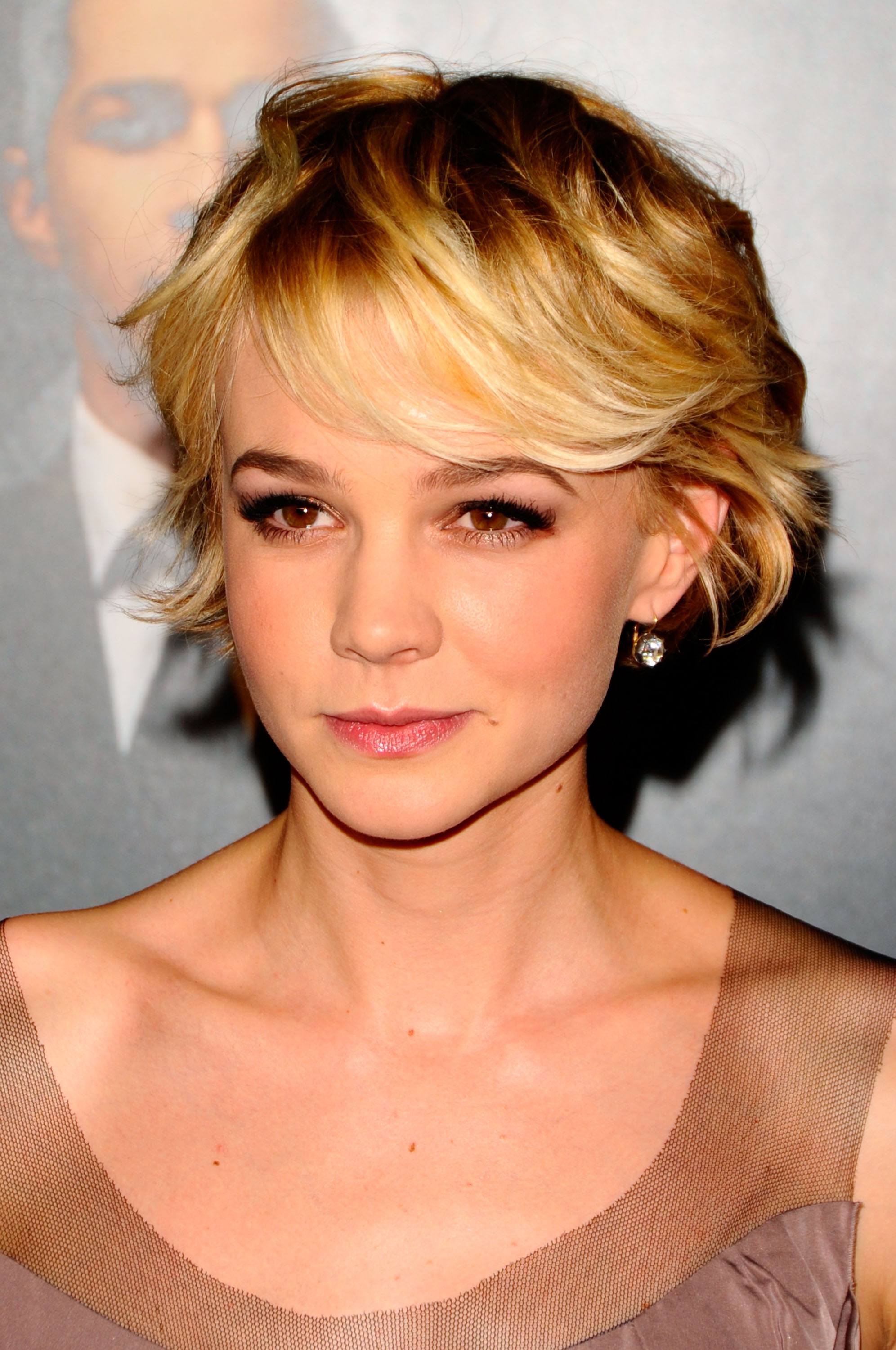 Fact: Nobody does short hair better than Carey Mulligan, whose crop has been every shade of blonde, brunette, and auburn. When she first began her acting career, Mulligan had long, girl-next-door hair. However, since getting her signature chop, she’s been cast in some of the most covetable leading roles, including Daisy Buchanan in The Great Gatsby. Maybe there’s something to this short hair thing. 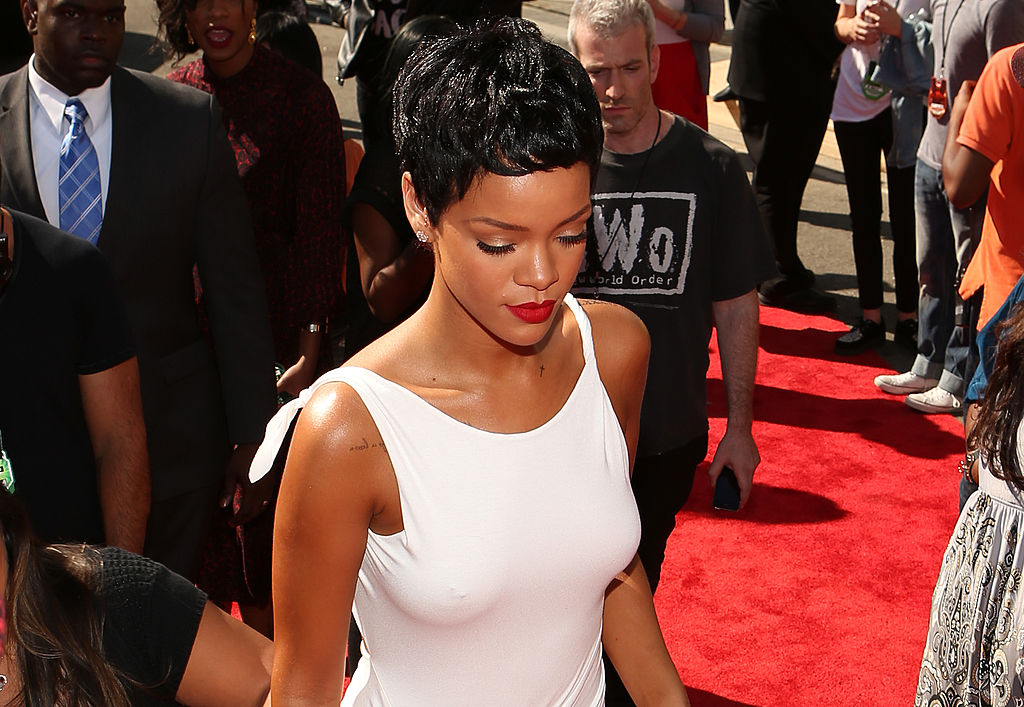 Rihanna can pull off a super short ‘do. | Christopher Polk/Getty Images

Rihanna looked stunning at the 2012 MTV VMAs, debuting her unexpected pixie cut in a white dress and red lipstick. This proved to be one of the best beauty looks of the year, but Rihanna excelled in other ways that night; her music video for “We Found Love” also won the award for best video of the year. Now that’s a good night. 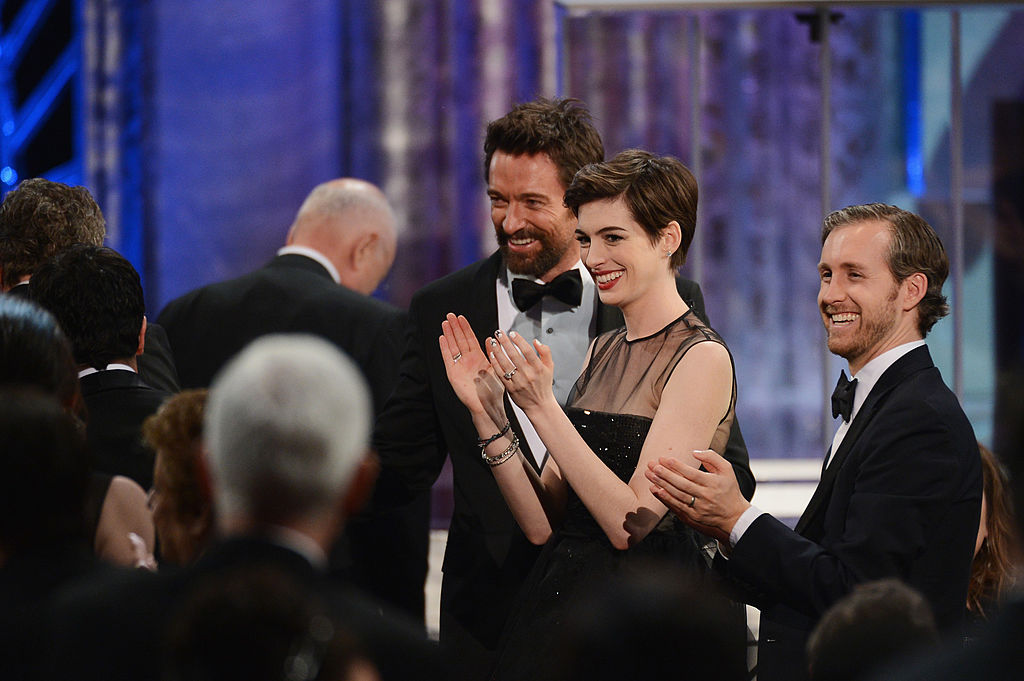 Anne Hathaway didn’t love her pixie cut, but we sure did. | Mark Davis/Getty Images

The world loved the way Anne Hathaway looked in her pixie cut, but it turns out the actress herself wasn’t too keen on it, and was forced to cut it for her role as Fantine in Les Miserables. After chopping off her dark, thick locks, Hathaway says she looked in the mirror and burst into tears because she felt the short style looked too masculine on her. We politely disagree. 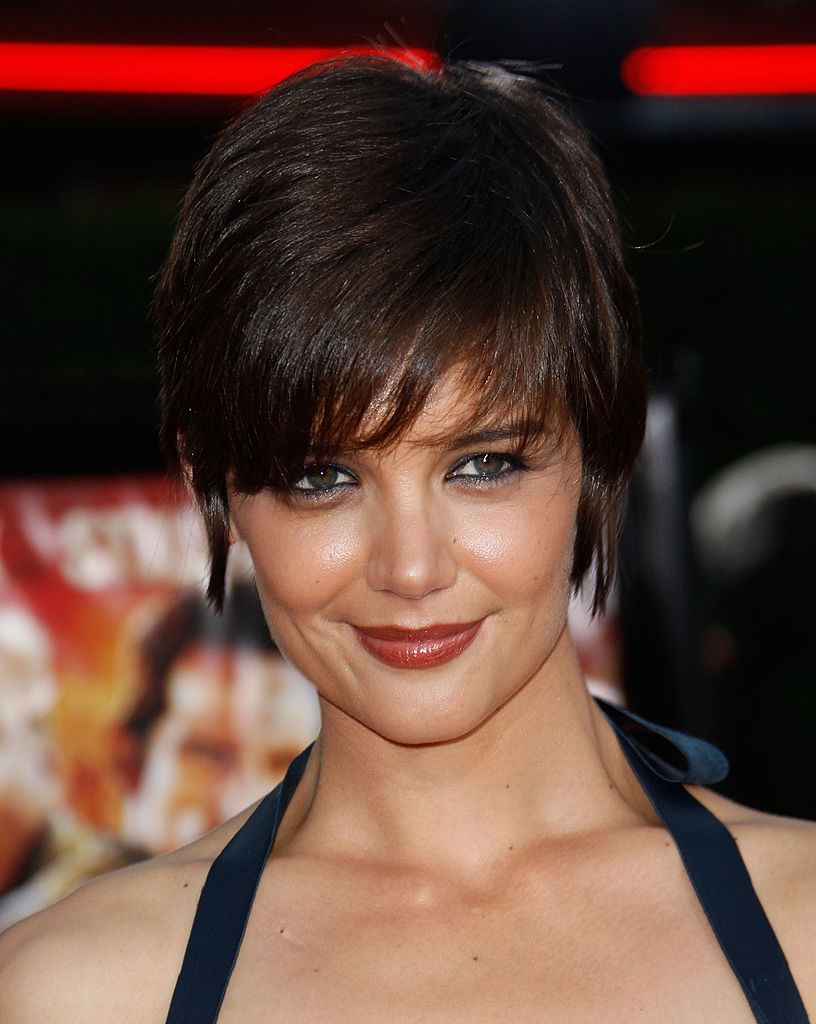 The Mad Money star’s pixie cut was all the rage after she cut it in 2008. However, Katie Holmes didn’t stick with it long. By 2009, Holmes had already grown her hair out to a chin-length bob, and she hasn’t returned to short hair since. At least we have the photos.