Cheap Smartphones: They’re Not What You Expect Anymore 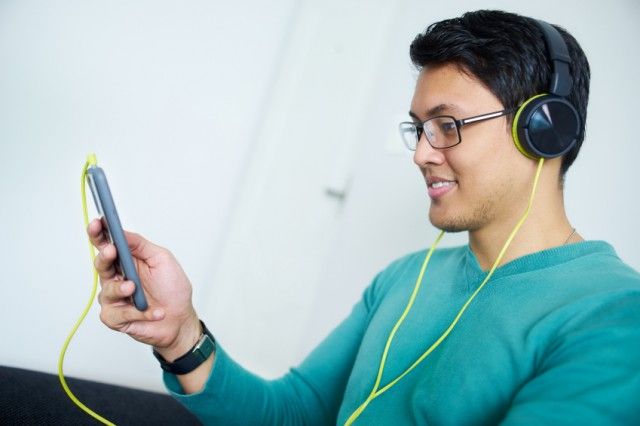 When you buy an inexpensive smartphone these days, you’re not getting exactly what you’d expect. And in most cases, that’s a great thing. Cheap smartphones used to offer poor user experience and support, making a $500 or $600 smartphone seem worth the investment, by comparison. But cheap smartphones are rapidly improving, demonstrating that you don’t need to spend more than $200 or $300 to get a phone that can run the latest apps and complete day-to-day tasks with good performance.

Nick Statt reports for The Verge that the OnePlus X, for instance, is a $249 phone that feels like it should cost $500. It’s a phone with a refined aesthetic that seems like it’s been honed by a well-established tech brand, while it’s actually made by a Chinese startup that’s less than two years old. Add to those contradictions another departure from expectations: despite the low price tag of the OnePlus X, OnePlus co-founder Carl Pei insists that the smartphone isn’t a mid-range device. Statt notes that the smartphone’s materials, as well as its internal components, “put the X closer to last year’s high-end smartphones than the devices you can buy today for a couple hundred bucks.”

While it doesn’t seem immediately obvious why OnePlus would release a device that competes with last year’s top technology — especially just a few months after the launch of its “flagship killer” OnePlus 2 — the device makes some tradeoffs in power and battery life to give you a smaller, cheaper device than the company’s flagship phone. OnePlus’s flagship line, which is denoted with numbers, features top-of-the-line tech and future-proof components like USB Type-C connectors. But Pei says that the X line “will always be the line where we can experiment a bit more.”

Statt reports that OnePlus is betting on the idea that customers will get sticker shock, now that the steep price tag of phones like the iPhone have been exposed by the shift away from carrier subsidies. The OnePlus X makes some sacrifices — most notably its use of the Snapdragon 801 processor and the absence of a fingerprint sensor and NFC capability — Pei thinks that the attraction of OnePlus’s low prices will trump users’ desire for the most cutting-edge phone.

Smartphone makers like Apple and the major wireless carriers in the United States are taking a different approach, softening the blow of smartphones’ hefty price tags with monthly installment plans that enable shoppers to lease or even buy an expensive gadget without paying for it all at once. OnePlus can’t offer either of those options, so the appeal of its flagship model is limited to the growing, but still small sector of users who are willing to pay hundreds of dollars to purchase an unlocked phone outright.

At a more-manageable $249, the OnePlus X can appeal to a wider range of consumers. “The incremental benefit of adding super high specs on a phone is decreasing,” Pei tells The Verge. The average user won’t notice the difference between the Snapdragon 801 and the more-standard 808, or even the 810 that’s used in the OnePlus 2. Statt notes, “With the X, it’s clear OnePlus is trying to cater to a crowd of design geeks that are willing to sacrifice being at the bleeding edge for a cheap phone that feels far superior than its price tag suggests. ”

David Ruddock reports for Android Police that while we’ve all spent too much money on at least one gadget in our lives, usually for the sake of novelty, “smartphones have stopped being novelties – they are rapidly becoming commodities. The products are so alike even at opposite ends of the price spectrum that consumers can’t not notice this phenomena much longer.”

For an investment of just $200, you could buy the Asus ZenFone 2, the Moto G, the Alcatel OneTouch Idol 3, Huawei’s Ascend P8 Lite, or HTC’s Desire 626. In comparison to the flagship phones at the high end of the market, these are all cheap phones. But what they aren’t? Sub-par devices that sacrifice usability for the sake of a lower price tag.

As Ruddock explains, these phones “are not needlessly complex, they do not fall apart after a month, and they even receive software support from their various manufacturers and have normal 1-year warranties (or longer). All run at least Android 5.0.” He points out that buying a cheap smartphone used to mean settling for a limited warranty, nonexistent support, and substandard engineering. That benefited companies like Apple, whose $600 flagship phones seemed “worth it” by comparison. But you no longer have to choose between a smartphone that offers a solid user experience and one that won’t set you back $500 or more.

Cheap smartphones are improving quickly — more quickly, some might argue, than the flagship phones that dominate headlines. Cheaper smartphones have benefited from technological advancements, like higher-resolution displays, better camera sensors, denser batteries, standardized chipsets, and continued improvements to the Android operating system. When you buy a $200 or $250 smartphone today, you can get an impressive camera, a gorgeous display, good battery life, and support not only for tech like 5GHz WiFi, Bluetooth 4.0, mobile hotspot functionality, and NFC, but in some cases, even higher-end features like fast charging, large amounts of storage, high resolution front-facing cameras, and refined build quality and design.