China’s Best Smartphone Makers: What You Need to Know 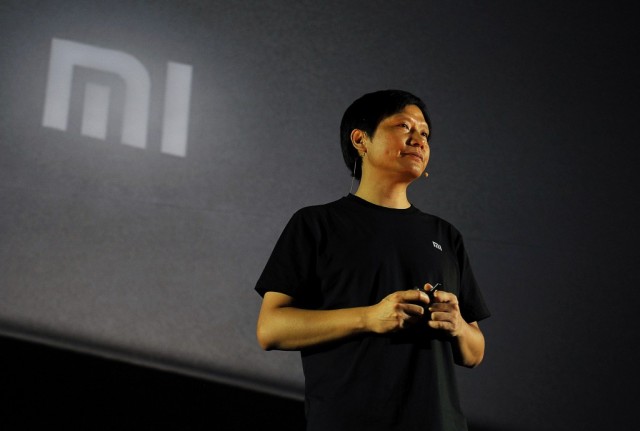 You’re probably pretty familiar with the leading smartphone manufacturers in the U.S. Between your phone, your friends’ phones, and the phones you’ve done some troubleshooting on for your parents, you’ve probably tested out or at least seen phones from Apple, HTC, LG, Motorola, and Samsung, and maybe even Microsoft. You’ve likely heard that China is an important market for many smartphone makers. But do you know which smartphone makers are on top in China, or what their flagship lines look like?

Research firm Canalys recently reported that Huawei became China’s top smartphone maker in the third quarter of the year, while Xiaomi fell to second place. This is Huawei’s first time at the top of China’s super-competitive smartphone market, which the firm describes as “increasingly cutthroat and maturing.” As TechCrunch’s Jon Russell notes, Canalys made the announcement as a precursor to its release of the quarter’s full figures on Chinese smartphone sales, so we don’t yet know where Apple, Samsung, and others rank for the quarter. We also don’t yet have sales and marketshare figures, or detailed data on what figures the firm is comparing for smartphone makers who have different business models.

Another research firm, IHS, put Xiaomi at the top of China’s smartphone market for the third quarter of 2015, followed by Huawei (further evidence that the margin between them is quite narrow). And as Apple Insider noted, yet another research firm, Counterpoint Research, has its own version of the story, reporting that in the month of September, the new iPhone 6s landed Apple in first place in China’s smartphone market. Counterpoint put Huawei in second place and Xiaomi in third place, and said that Samsung dropped significantly. Regardless, Huawei and Xiaomi are forces to contend with. Read on for everything you need to know about China’s top smartphone makers.

Everything you need to know about Huawei

The news that Xiaomi lost the top spot in the world’s biggest smartphone market was all the more interesting because Huawei has been quickly expanding its smartphone business over the past few years. Juro Osawa and Eva Dou report for The Wall Street Journal that in the second quarter of the year, Huawei was the world’s third-largest smartphone vendor, behind only Samsung and Apple.

As Chinese consumers warm up to the idea of pricier, higher-end smartphones, Huawei is reaping the benefits. According to Canalys data on the second quarter of 2015, Huawei’s average smartphone sales price was $282 in China, versus $149 for Xiaomi — a significant difference. The company has recently introduced a number of appealing, high-end devices, including the Android Wear-powered Huawei Watch, the Mate S smartphone that introduced a 3D Touch-style feature days before Apple unveiled the iPhone 6s, and even the Nexus 6P smartphone that the company developed in collaboration with Google.

While Huawei is a name to know in China, it’s also one that you’re likely to hear more of in the United States, largely thanks to the positive press for its contribution to Google’s Nexus line. But Joe Rossignol reports for MacRumors that Huawei isn’t likely to catch up to Apple or Samsung in the global smartphone market anytime soon, with low market penetration in the U.S. and no easy way to catch up in a short amount of time.

All you want to know about Xiaomi

Xiaomi edged Samsung out to become China’s biggest smartphone maker in 2014, but as Russell notes, it’s now going through “a tricky period on home soil.” Xiaomi claims to have sold 61 million smartphones in China last year, but is struggling to reach its goal of 80 million this year, which is already reduced from the original target of 100 million, according to Canalys. The company expanded to Latin America earlier this year, and sold almost 35 million smartphones during the first half of 2015.

Xiaomi released a new version of its budget Redmi phone, the Redmi Note 2, in August, and in late September introduced the new Mi 4 C. But as the Financial Times reports, some think that Xiaomi’s smartphones are lagging behind the competition. Beijing-based tech blogger Zong Ning went so far as to tell the publication that “Xiaomi’s glory days are gone; it reached its peak this year, and as far as I can tell, there’s nothing stopping it on its downside.” Xiaomi’s phones lack features, like fingerprint recognition, that are available on other devices in the same price range.

Xiaomi told TechCrunch that its slip to second place could simply be chalked up to timing. “We just released Redmi Note 2 in mid August and Mi 4c in late September, which means our product lineup went through a transition period in Q3 2015, and we had to ramp up supply gradually to meet demand,” a company spokesperson told the publication. TechCrunch also learned that the gap between Xiaomi and Huawei, according to the Canalys research, isn’t huge. So a change at the top of China’s smartphone market is likely “more a testament to Huawei’s progress than any major crisis at Xiaomi.”