Donald Trump’s Hair: How to Get the ‘Trump’ Look 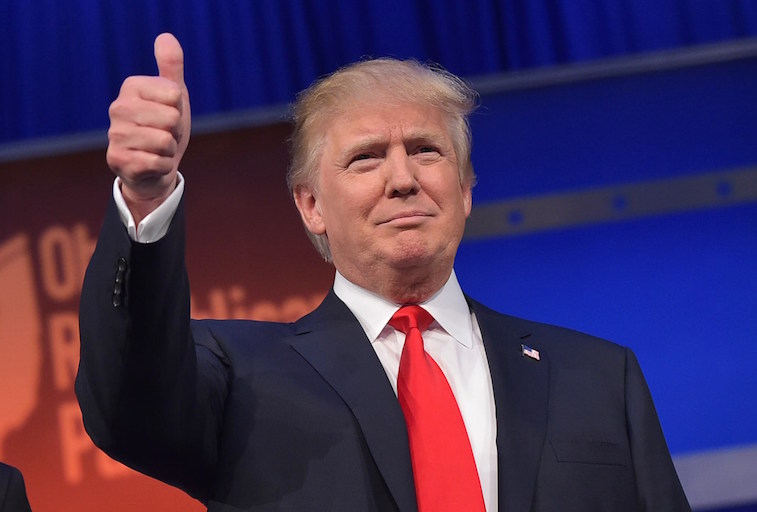 Donald Trump may be one of the most controversial presidents of all time, but his hair is iconic.

While Trump’s efforts to “make America great again” are always debated, the greatness of his hair has been just as hotly contested, with his signature swoop pretty much securing its own separate platform. Regardless of your political affiliation, one thing that most everyone can agree on is the power of those strands in making a statement — good, bad, or ugly.

His hair has its own dedicated Twitter accounts; Trump-inspired costume wigs are now a dime a dozen; a book has been written about it (“Donald Trump and the Wig of Evil,” for all who are interested); and a “Trump Donald” interactive site allows you to blast a trumpet on Trump’s hair to watch it flow. Clearly, there is a fascination with his follicles.

Read on to find out more about POTUS’ famous locks. 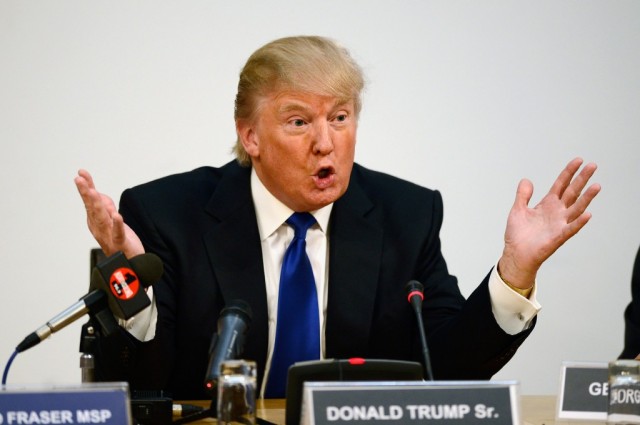 Hot-button words like “toupée” and “comb-over” have followed Trump at every turn. Plastic surgeons have weighed in on his unusual hairline and whether they believe it’s the result of a hair transplant. As for Trump, he himself has firmly rallied in favor of his hair being 100% his own. And, in his defense, his hair has looked similar throughout his life — from the Donald of the ’70s to today.

While the real story behind this man’s mane remains illusive, it’s not impossible to achieve your own take on the Donald ’do — if you should so choose. Just like politics, we’re not here to judge your hair preferences but only to offer a few tips of the trade to mimic his look. Here’s a quick primer on putting a touch of Trump into your own daily ’do. We didn’t say it would be easy.

The first order of business in achieving Donald Trump’s hair is addressing his somewhat peculiar hair color. As maligned as his hairstyle is, the dirty-blonde dye job has been just as ridiculed. The shade has been called many a thing including one stylist’s likening of it to the “nascent yellow of a baby chick.” For your best interest, you’ll want to stick to a medium-blonde color rather than fully embracing his faux-glow bronze hue. Or just skip this step; there’s no shame in that. After all, dyeing your hair is a bit more permanent than simply styling it a la Trump. 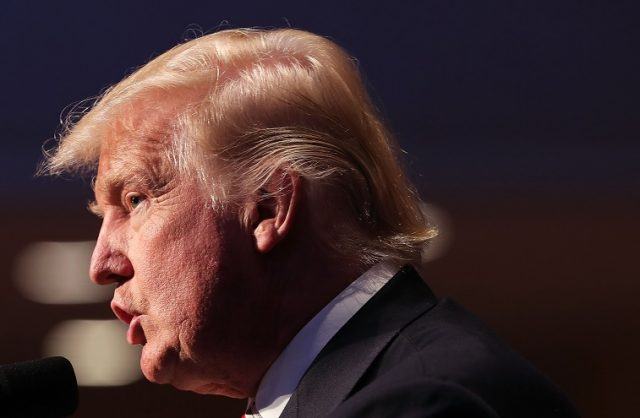 There’s no doubt that Trump has a one-of-a-kind hairline that’s complete with cowlicks that are hard to replicate. But, in order to get anywhere close to his hair swoop, you’ll have to bite the bullet, skip the barber shop, and grow out your strands for a bit. Short hair has no chance of the achieving his swept-back technique, which brings us to our next point: the styling of Trump’s hair. 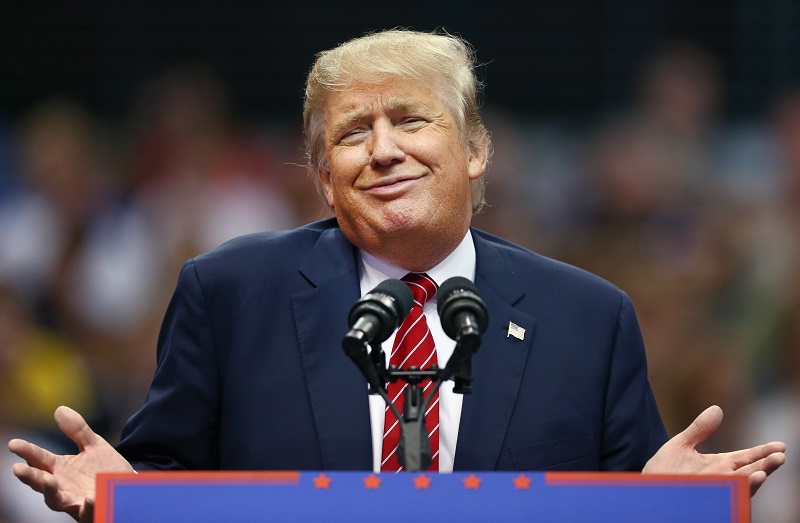 Similar in appearance to a toupée and often likened to a comb-over, the presidential candidate’s hairstyle is actually more akin to a comb-back — it’s quite long in the front, allowing him to brush it all the way back across his head. It’s this comb-back style that creates the unique, wind-blown effect where it appears as if his entire top strip of hair is elevating above his head.

Trump is famously losing his hair. | Strangervideo via YouTube

The reason for Trump’s au natural toupée? He’s hiding something. If you experience hair loss in a similar area — i.e. the back of your head — growing out your hair and styling it in Trump’s strategic way may help hide balding. Just steer clear of any large gusts of wind.

Get the industrial stuff for this look | iStock.com

Last but certainly not least are the styling products that will be necessary to achieve the Trump ’do. After all, keeping those combed back locks firmly in place must certainly amount to a liberal use of hair spray product. According to a New York Post item on this very subject, “[Trump] uses a weird bottle of hair spray,” said one of his former political advisers. “He tried to give it to me once, as a friend. It’s bigger than the biggest can of beer.” So, in other words, forget the ozone layer, his layer of hair needs all the firm-hold it can get. Apparently, Trump’s secret weapon is his friend Farouk Sharmi’s Farouk Systems CHI Helmet Head product — a fast-drying, humidity resistant hair spray.

Helmet head doesn’t sound too far from the truth when it comes to Trump’s hair-raising look. Now it can be yours, too.