Google is now offering a Wi-Fi system for you to use at home | Google.com

While it’s never a great time to be putting up with a slow Wi-Fi network at home, it’s a pretty great time to be shopping for a new Wi-Fi router. In the past year or so, a new class of Wi-Fi routers has become available. These new routers blanket your apartment or house with coverage using multiple access points. That means that instead of placing one centrally-located router in your living room or kitchen, you’ll place two, three, or more units around your home. Routers traditionally struggle with distance and interference, so placing multiple units around the house can overcome some of the usual annoyances with slow and patchy networks. Some names you might know if you’ve been following this development? Eero, Luma, and most recently, Google.

Google is the latest to get into the mesh networking Wi-Fi game with a system called Google Wifi. The Verge’s Dan Seifert notes that this isn’t Google’s first foray into routers. (Last year, the company introduced the OnHub system.) But this is the first in-house product of this kind for Google. The Google Wifi router can be purchased either as a single unit or as a multipack. A single unit costs $129, and a pack of three costs $299. The system intelligently routes traffic from your devices to the nearest Wifi unit. It supports AC1200 wireless speeds, plus simultaneous dual-band 2.4GHz and 5GHz networks. It has beamforming technology and support for Bluetooth Smart. And the system can be managed via a smartphone app, which includes features for setup and parental controls.

Listening to Google, you’d think that Google Wifi is the first router of its kind. But it actually follows in the footsteps of several similar systems, like the Eero. Eero units are also sold either individually or in a pack of three. (At least in the case of Eero, however, Google Wifi is significantly cheaper. Eero sells for $199 for one unit or $499 for three.) Google says that Google Wifi will be available to preorder in November and will begin shipping in December. In the meantime, you don’t have to wait for Google’s router to get better Wi-Fi. Here are five other systems that are just like Google’s router.

The Eero system is a good alternative to Google’s router | Eero.com

The Eero system, perhaps the most well-known name in the mesh Wi-Fi game, is comprised of multiple access points that the company claims “work in perfect unison to deliver hyper-fast, super-stable WiFi to every square foot of your house.” Each Eero incorporates a dual-core 1GHz CPU, two 802.11ac Wi-Fi radios, and five antennas. You’ll plug one unit into your modem, and each of the other units into a standard outlet. Together, they create a mesh network to blanket your home in coverage. Three Eero units cover the typical home. A single Eero costs $199, while a two-pack costs $349, and a three-pack costs $499.

Luma’s Wi-Fi system is focused on your internet security and safety | Getluma.com

Luma claims to be “the world’s first ever Surround WiFi system.” Luma’s mesh networking model helps you get the fastest Wi-Fi possible throughout your home. But a big part of Luma’s appeal over similar systems is its focus on security and safety. With the Luma app, which makes it easy to control and manage your network, you can grant or deny access to your network. The system also features “hacker protection” to keep your network secure 24/7. Additionally, you can use the Luma app to set limits on what your children can do online, or you can even “pause” the internet when you don’t want your kids getting online. Three units cost $399.

Plume Wi-Fi is fast, reliable, and perfect for handling multiple devices at once | Plumewifi.com

Plume claims to offer “the world’s first self-optimizing Wi-Fi.” The system “puts the router in the cloud,” adapting in real-time to the devices that you have connected to your network to give you a fast and reliable network all the time. The system learns your daily patterns and Wi-Fi needs, so that when your whole family is gathered for dinner, for instance, it’s already prepared to handle the demands of multiple devices right next to each other. Plume is also designed to prevent interference from household devices or from your neighbors. Because Plume’s “intelligence” lives in the cloud, its pods are small. They’re also more affordable than other models (which is great because the typical home needs six). During the preorder period, Plume costs $39 per Pod (which makes six $234). After the preorder period, they’ll go up to $49 per Pod (making a pack of six $294).

The Securifi Almond 3 is multi-purpose and can fulfill more needs than your average router | Securifi.com

The Securifi Almond 3 claims, simply enough, to be a “router for humans.” This system isn’t offered as a pack of multiple units. Rather, each unit is built to fulfill multiple purposes: It can function as a router, as a range extender, or as an access point. To set up your home Wi-Fi network, you’ll use two or more Almond 3 units, and the touchscreen on each unit aims to make setup pretty straightforward. The first unit plugs into your modem, and the others just need power. They’ll communicate with the first Almond automatically to create a single Wi-Fi network that covers your home. You can preorder one unit for $119 or three units for $299. (After the preorder period, prices go up to $149 and $399.) 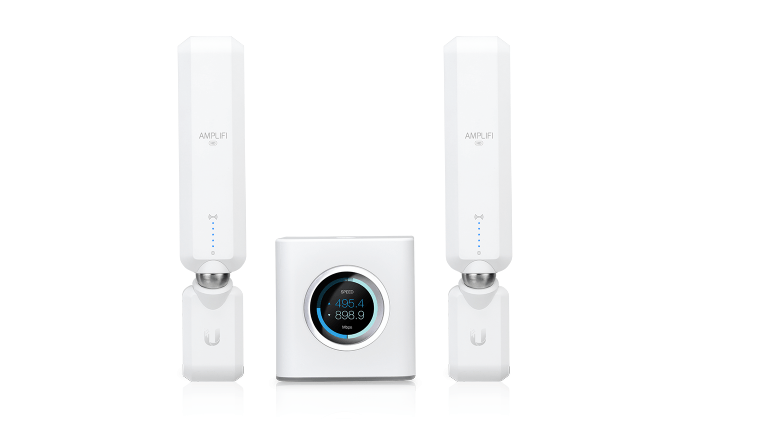 The Amplifi HD (High Density) system is comprised of a router base station and two wireless mesh points. Amplifi claims that the HD Kit “provides maximum wireless performance in an innovative and elegant design.” The router features an LCD screen, and the mesh points are able to display their wireless signal performance. A mobile app for iOS and Android makes it easy to set up and manage the system. Amplifi HD has three dual-band antennas. One base station and two mesh points are priced at $349. 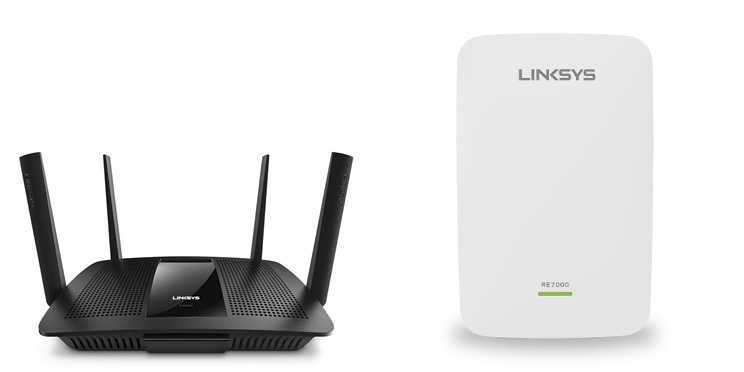 The Linksys Seamless Roaming system comes from a company that you probably don’t associate with the latest in networking tech. But the system, comprised of a Max-Stream router and at least one range extender, enables your devices to connect to the strongest Wi-Fi network as you move around your home without actually having to switch between networks with names and logins. There are several options for Max-Stream routers, ranging in price from $169 to $399, and the range extender costs $149.