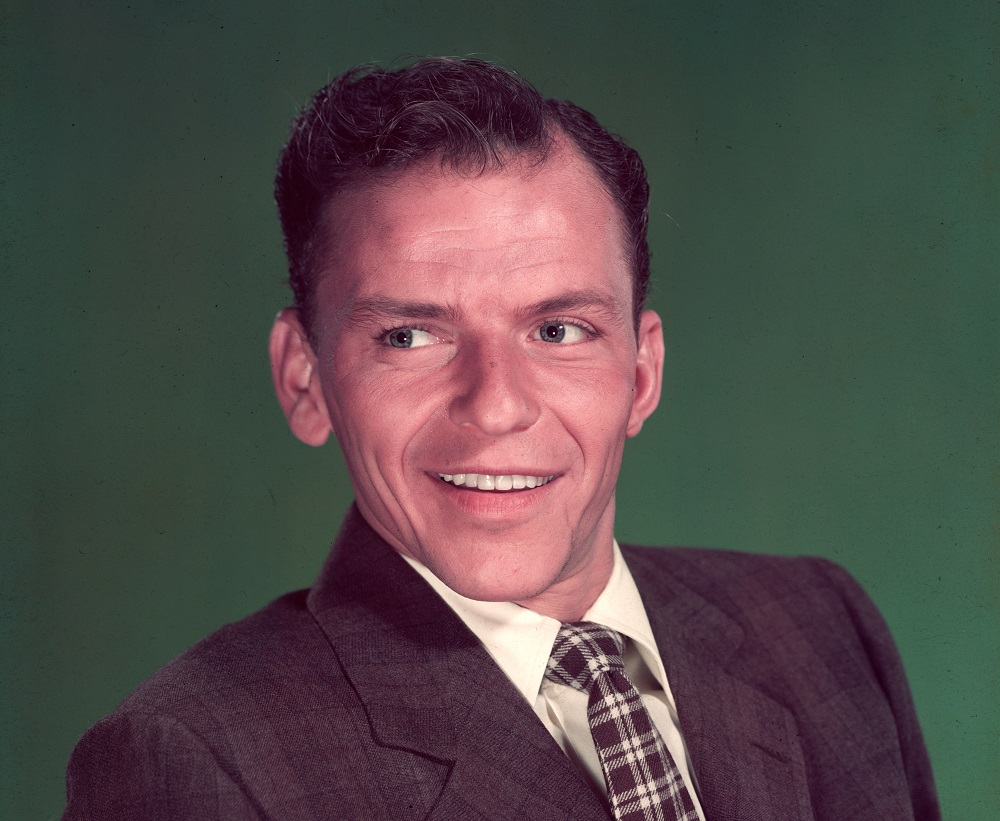 “You either got or you haven’t got style. If you’ve got it, you stand out a mile,” Frank Sinatra once crooned in a song dedicated to what else but “Style.” Old Blue Eyes didn’t just leave a legacy of memorable songs, the man with the golden voice also flaunted his impressive style in spades. And, on the eve of his December 12 birthday, no better time than now to toast his covetable dress code.

“Sinatra loved clothes, and he had lots of them,” said Bob Santelli, the executive director of the Grammy Museum, who helped curate the “Sinatra: An American Icon” exhibit on view earlier this year at the New York Public Library for the Performing Arts.

Fashion was a way of life for this Rat Pack-er, and no one was better suited than Sinatra to serve up the timeless elegance and classic style of the ’50s and the swinging ’60s. Here’s how to embrace Sinatra’s sartorial wisdom and his iconic swagger — and stand out by at least a mile. 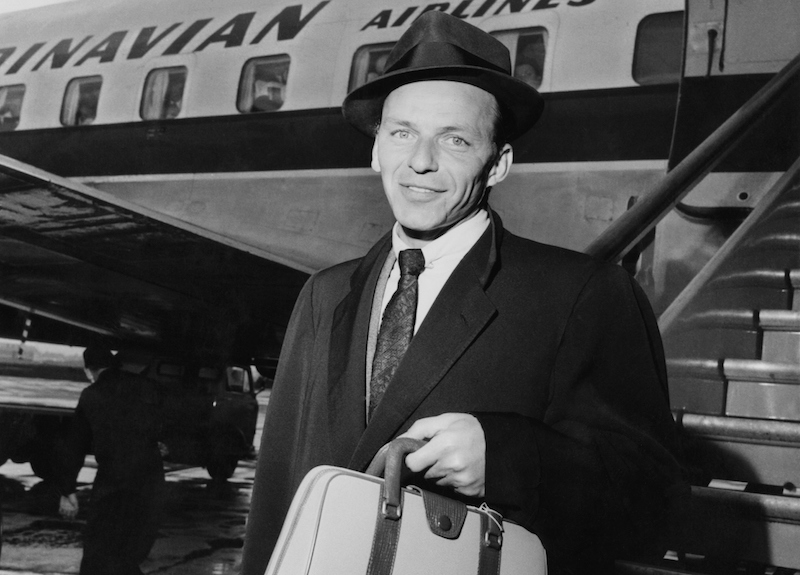 When in doubt, wear a suit — if you’re abiding by the Sinatra rule book — a made-to-measure, custom-fitted one with wide lapels, preferably. The “Fly Me to the Moon” singer suited up for nearly every occasion in a precisely tailored sport coat and pants, and more often than not, was fully turned out in a tuxedo. And while he believed that men should wear black after dark, he was none too shy to experiment with gray and blue suits as well as plaid and pinstripe ones on occasion. The main lessons to learn here are: (1) It’s always better to be the class act in a sharp suit than under-dressed, and (2) a good tailor is really a man’s best friend. 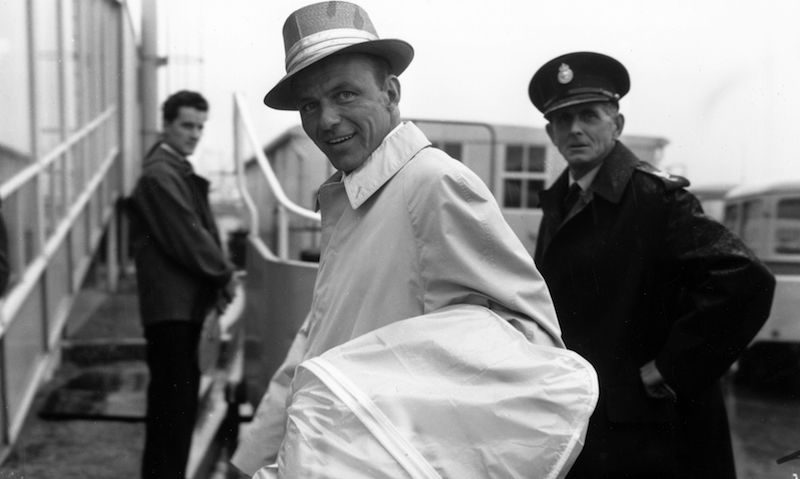 The fedora was Sinatra’s signature staple, and he tipped his hat like few can — cocked to the side and with plenty of angular attitude. The topper immediately elevates the celebrated suit to the next level. But that’s not to say that it’s an easy accessory. Wearing a hat is something of an art and an acquired skill, but the trick is to be confident and at ease; it should simply be an extension of an ensemble in the same manner as a tie or a pair of shoes. Remember Sinatra’s “Style” diddy: “A hat’s not a hat ’til it’s tilted,” he sang.

3. Dress your sleeves in cuff links

“My basic rules are to have shirt cuffs extended half an inch from the jacket sleeve…,” Sinatra once said, in effect making cuff links an essential piece to an ensemble. It was his main form of man jewelry. While nothing too fancy or overdone is necessary, links are a good opportunity to express your personality through this final exclamation point on a suit. Classic, monogrammed options or black onyx are both a solid, versatile investment to consider. After all, you’ll need them if you’re wearing your jacket sleeves as Sinatra says. Just make sure those cuffs aren’t naked when they see the light of day. 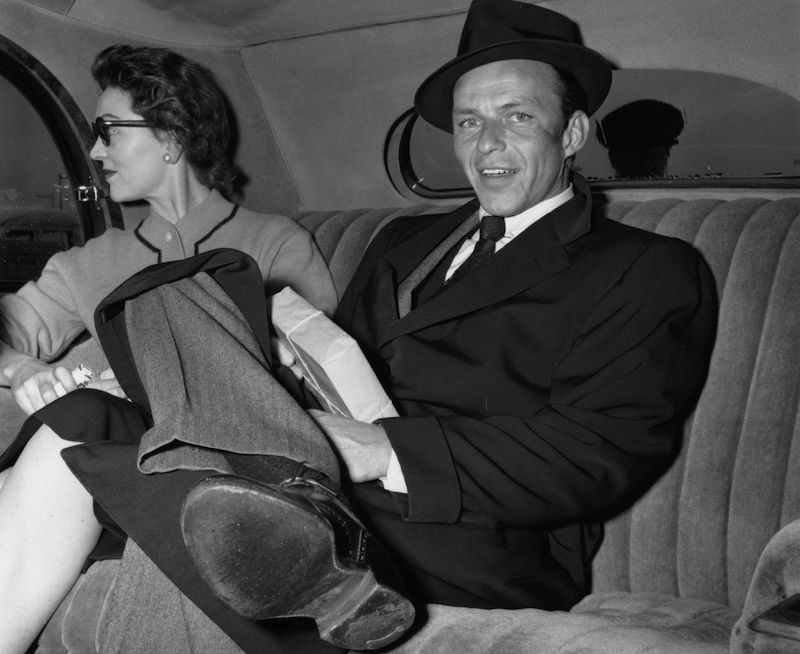 Known for believing that black was really the only acceptable shoe color, Sinatra also highly prized a deep gleam on his dress shoes. He knew all to well the power of a dingy pair of dull brogues to drag down the panache of a sharply tailored suit. “Shine your Mary Janes on the underside of a couch cushion,” he once quipped. We’d recommend a more professional shoe shine, but, in a pinch, find a sofa.

5. Wear orange as the new black

For Sinatra, orange was the happiest color. So, he often found reason to include the hue in his daily ensemble, often by way of the pocket handkerchief. If you truly want to go the way of the Rat Pack crooner, then add this rustic shade in small doses. Or simply add a vibrant pop of any color to your look. The pocket square is a perfect way to do so — just make sure it is neatly folded.