18 Emoji You Should Stop Using and Never Use Again

As soon as you scroll casually through Instagram or Facebook, or look through your messages on Snapchat, it’s immediately obvious that people use emoji with abandon. Whatever the time or place or occasion or emotion, there’s an emoji that perfectly suits it. It’s even better if there are multiple related emoji that can be used together for maximum effect. But emoji usage isn’t always easy. As you may have been alarmed to learn, there are plenty of emoji meanings you’ve probably gotten wrong. Similarly, there are plenty of emoji that you’re probably using when you really shouldn’t be.

With emoji — as with everything else when it comes to communication — context is key. And nobody but you can tell you the right way to talk to your friends, romantic partner, family members, or whoever else you exchange emoji-laden messages with. But again, context is important. So important, in fact, that there are few emoji you should never, ever use, but plenty you should stop using in particular situations. After all, there are no “bad” emoji, just poor usage that ranges from slightly off to embarrassingly cringeworthy.

We’ve rounded up a few different texting situations and the corresponding emoji you should stop using and never use again. Read on to up your chances of never making an emoji-related faux pas again. You’ll be more confident about your emoji usage in some socially tricky situations. And you’ll dramatically cut your chances of sending a message that the recipient will be tempted to screenshot for all the wrong reasons.

Texting someone you met on an online dating app

Jonathan Keshishoglou reports for Mashable that emoji are an important part of online dating. But there are a few emoji that he reports “are sure to get you ghosted” if you send one to somebody you’re flirting with. These are the emoji that you should never send your crush or your match (whether you’ve met in real life or are corresponding after matching on Tinder). 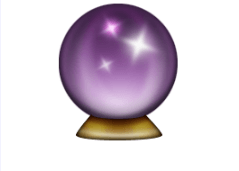 A crystal ball is used to look into the future. If all you foresee with the person you’re texting is a quick hookup or a short-term fling, there may not be a future to look into. Keshishoglou notes that even if you really like this romantic interest and have gone on a couple of dates, this still isn’t a good emoji to send. “Sending a crystal ball suggests that you’re already thinking about marriage or, god forbid, having kids.” Probably better to play it cool. 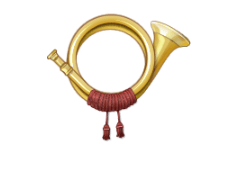 Though some people with semi-questionable taste cite the postal horn as a sexy emoji to send somebody you’re dating, not everybody sees it that way. (And if you thought that it was a French horn, it’s not. A postal horn was used in the 18th and 19th centuries to signal the arrival or departure of a mail rider or coach.) As Mashable notes, you can find a better emoji. “Nobody in the orchestra chooses to play french horn, it’s something you take on because it needs to be done.” Not the best vibe to send to a potential date. 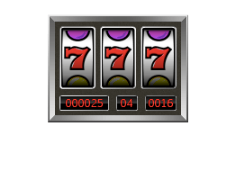 It’s not hard to see why many people think of online dating — or dating in general — as a gamble in and of itself. (We have the lowdown on the do’s and don’ts of online dating, plus common online dating mistakes you should avoid, since something bigger than your emoji usage may be amiss.) When you’re texting somebody whom you’re trying to convince to go out on a date with you, the last thing you should do is remind them that the odds of things working out aren’t so great. Back to the drawing board. 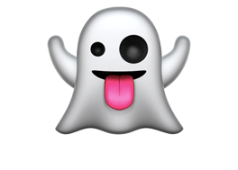 Unless it’s Halloween and you’re suggesting that you and your date meet up at a Halloween party, you probably shouldn’t be sending the ghost emoji. Sure, it’s kind of cute. But ghosting is a very real, and very rude, phenomenon in the dating world. You wouldn’t joke about blowing somebody off. So don’t let your emoji usage call your trustworthiness into question, either.

Texting your significant other

You made it past the first few dates and you’re officially a couple. Congratulations! But that doesn’t mean that you can let yourself go and stop thinking about the messages that your emojis send. Laken Howard reports for Bustle that while there aren’t any dirty emoji (at least not in the standard keyboard on your smartphone) there are plenty of ways to get creative when texting (or sexting) your partner. But there are also some emoji that you should never send your significant other, particularly not when you’re trying to talk dirty. 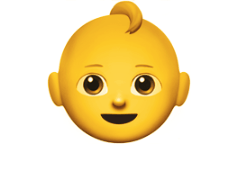 Plenty of people address their significant other as “baby,” particularly in the heat of the moment. But the baby emoji is a pretty non-sexy emoji to choose when you’re sexting. (Especially if you’re in a stage of your life and relationship when you’re trying to prevent a pregnancy.) As Howard notes, “There’s nothing remotely sexy about that bald little head — stick to typing out the word rather than resorting to this odd choice of emoji.” 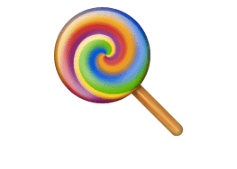 Another emoji that may seem like it belongs in your sexting vocabulary but is really an emoji you should stop sending immediately? The lollipop. Howard lays down the law: “Despite what Lil Wayne might have you believe, a lollipop is not a sexy euphemism for ‘blow job.'” An emoji that depicts a candy that’s made for children is probably not the best emoji to use in private conversations with your partner. 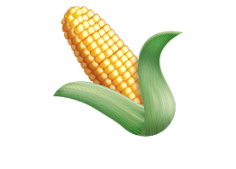 You may be trying to get creative and find some other options for emoji that look like a penis. But there are much better more obviously phallic options — and it’s probably best to stick with them if you want your meaning to be clear. Howard recommends the “always-arousing eggplant and the half-peeled banana.” Leave the corn emoji — properly called the “ear of maize” by the Unicode Consortium — for discussions about your dinner plans. 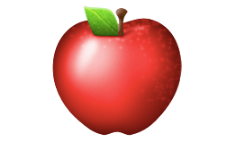 In the same way that the corn emoji is a poor substitute for the eggplant emoji, there’s really not another emoji that comes close to the instantly-recognizable peach emoji. We don’t have anything against the apple emoji, per se. And as Howard points out, some people do describe certain body types as “apple-bottomed.” But if you really want to keep things classic, there’s no reason to go digging around the fruit section of your emoji keyboard. Just stick with the peach. 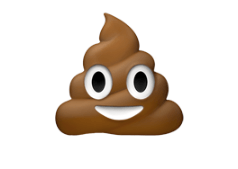 Texting or emailing someone at work, especially your boss

Choosing the right emoji is a high-stakes game not only when your personal relationships are involved, but also when it’s your professional relationships that are on the line. (And, depending on your office culture, it’s probably way worse to send your boss the eggplant emoji than it is to send your significant other an errant baby emoji.) It’s a well-known fact that emoji can get you in trouble at work, either because you chose the wrong emoji or your boss misconstrued the innocuous one you sent. But there are some emoji you should definitely avoid in text (0r email) conversations with your boss. 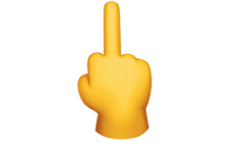 Properly called the “reversed hand with middle finger extended,” the middle finger emoji may be one of the worst emoji you could send your boss (or any colleague, for that matter). No matter how upset you are about the direction a project is going or the changes your boss is making to your team, it’s never a good idea to express your anger with this wildly inappropriate emoji. Take some time to cool off before sending your message — and if you care about keeping your job, pick a different emoji.

There’s pretty much no work-related situation in which you should be sending your boss the poop emoji. Depending on the type of workplace and the relationship you have with your team, a colleague or two might appreciate your pithy assessment of the situation at the office. But when in doubt, play it safe and avoid any emoji that might offend — including the cute but inappropriate poop emoji. 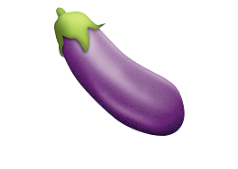 Also high on the list of emoji you should avoid texting your boss and colleagues? Emoji with known sexual connotations. That makes the eggplant emoji — known as the “aubergine” at the Unicode Consortium — an obvious symbol to avoid. Unless you’re in the produce business and are expecting a bumper crop of eggplants, we can’t think of any situation in which it would be okay to text this emoji to your boss or your co-worker. 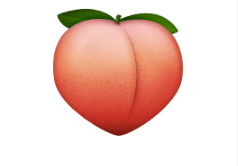 While sending the peach emoji to your boss or colleagues may be a little less egregious of a misstep than sending the eggplant, it’s still not a good emoji to send to anyone you know through work. Conversations that include anything of a sexual nature are typically off-limits in a traditional office environment. So don’t push your luck with an emoji that alludes to anything PG-13. 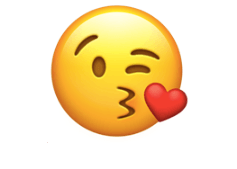 Any of the kiss-related emoji — the straightforward “face throwing a kiss” pictured here, the slightly more ambiguous “kissing face,” the “kissing face with smiling eyes,” or the “kissing face with closed eyes” — are a bad choice of emoji to send your boss or your colleagues. You don’t want anyone to misconstrue your intentions, and with any of these kissy-face emoji, it would be hard for them not to.

Texting your parents can lead to some pretty dicey situations. Not only do many parents not know how to use emoji, but they probably aren’t sure what’s going on when you use emoji, either. Don’t make things worse by sending them any of these inappropriate emoji and making the conversation even more awkward. 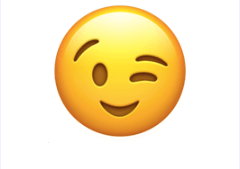 A winking face is a great emoji to send to your friends or even to your siblings when you’re sharing a joke. But send it to your parents and it immediately gets weirder. Buzzfeed even has a list of times when you shouldn’t use a winking emoji because “a wink can make any situation 10x more awkward.” That goes double for anytime you’re texting your parents. Just don’t go there! 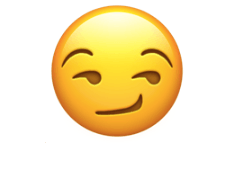 The smirking face is almost as awkward to send to your parents as the winking face. It may seem like a completely appropriate response to your parents’ messages (even and especially to their unsuccessful attempts to use emoji correctly). But the smirking face, like the winking face, has the ability to make even an innocuous message feel pretty awkward. Just do yourself a favor and pick a different emoji. 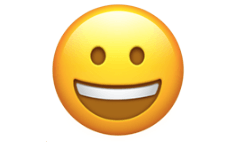 There’s nothing wrong with the “grinning face with smiling eyes” emoji. (Except, perhaps, for the length of its proper name.) But this emoji looks wildly different on different smartphone platforms, and that affects whether people think it’s conveying a positive or negative emotion, explains Shuo Chang for The Independent. In text conversations with your parents, where it’s also pretty easy for one party to misunderstand the other, save yourself the trouble and express your feelings with a different emoji instead. 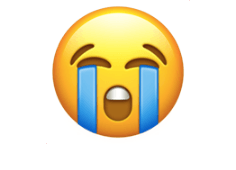 Another emoji that looks very, very different on an iPhone than it does on an Android phone? The “loudly crying face” emoji. Some people think that this is a good emoji to use when you’re genuinely upset, while others think that it more accurately portrays a person who’s laughing while crying. Where you land on the debate probably depends upon what kind of smartphone you’re using. Again, avoid misunderstandings with your parents and just pick a different emoji.