There’s a lot to love about Kate Middleton. Her down-to-earth demeanor, her relatable struggles as a young mother, and, of course, her swoon-worthy fashion choices. Sure, the duchess may have an entire team devoted to dressing her for big events, but she has the final say. So, let’s give credit where credit is due.

There is, however, one other person who deserves a little credit, and that’s Princess Diana. Turns out, her timeless looks have influenced some of Middleton’s best ever. So, without further ado, here are 10 times the Duchess of Cambridge paid tribute to her late mother-in-law’s impeccable style. 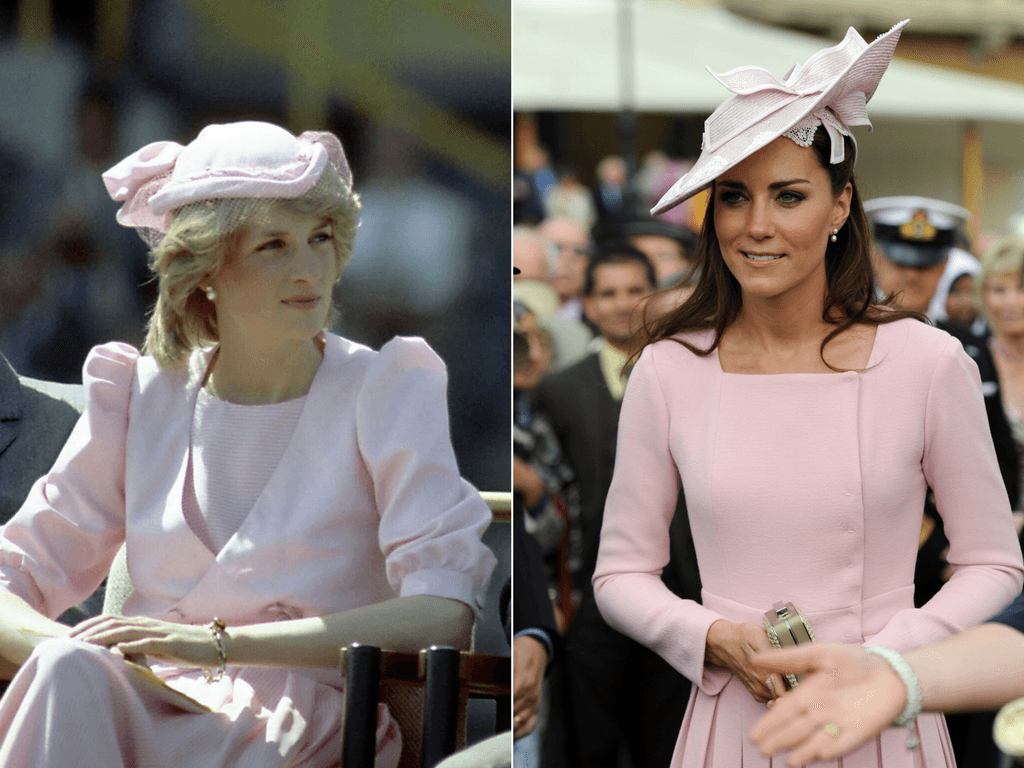 Pink is the ultimate display of classic femininity. But even before millennial pink took the interior design world by storm, it was the color that could make any girl feel like a princess. So, it’s no surprise both the Princess of Wales and the Duchess of Cambridge love a pop of pink.

Next: Don’t deny your love for this happy pattern. 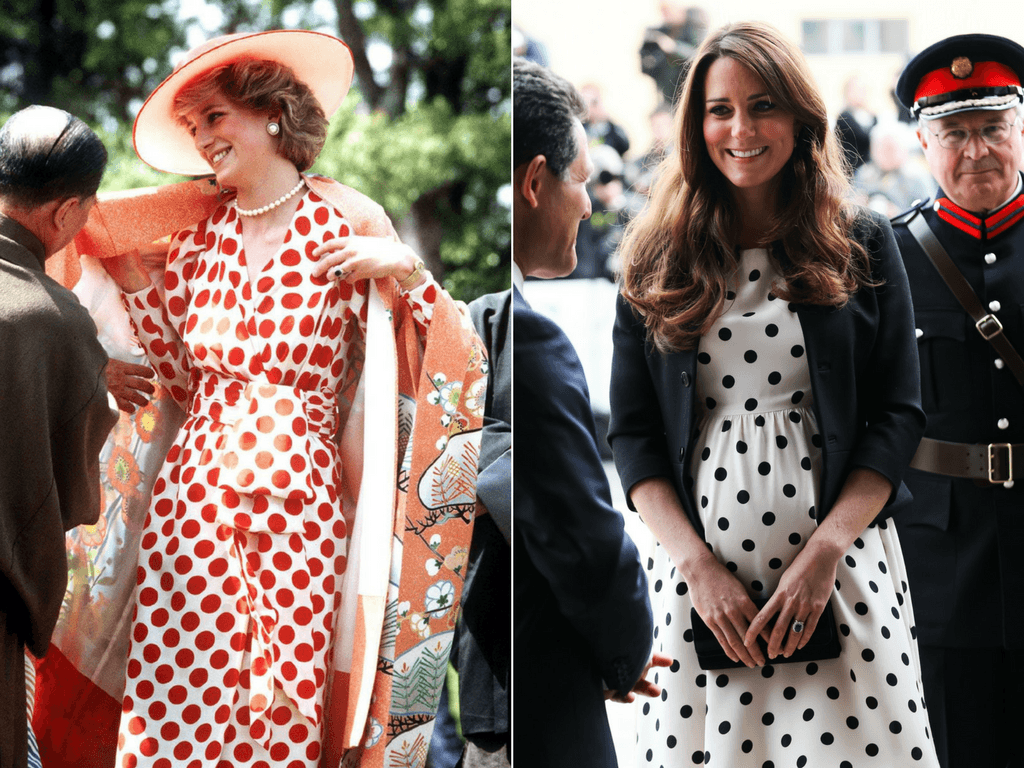 We don’t care who you are, polka dots will never go out of style. And both the duchess and her late mother-in-law prove it’s possible to pull them off at any age.

No matter what the event, these ladies’ fashion choices are always on point. While Diana wore red polka dots during a visit to Japan, Middleton donned her dots during a Warner Bros. Studio Tour in London.

Next: They’re almost twins in these matching coats. 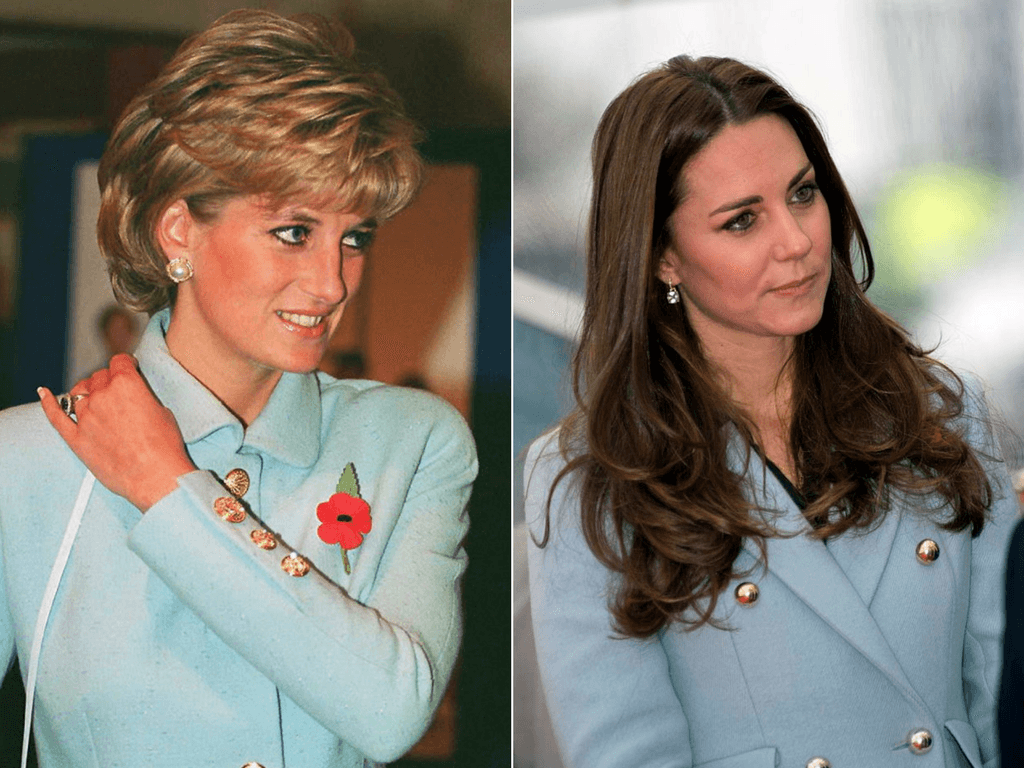 We’re well aware the duchess loves her blues. And regardless of which shade is her favorite, she wears them all like a true fashionista — just like her late Diana did.

In fact, these matching looks are a clear example of just how similar their styles really are. Middleton’s updated version is almost identical to the powder blue coat Princess Diana wore during the Help the Aged Golden Awards. And they’re both perfection.

Next: Do the royals actually own this color? 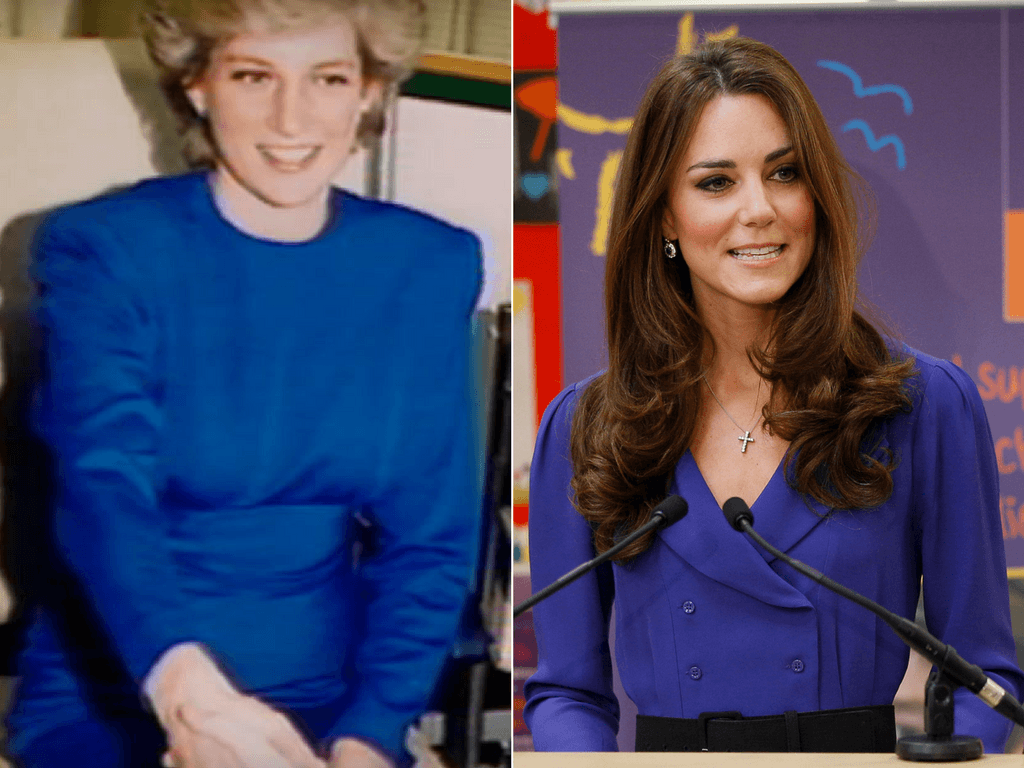 Diana’s vibrant dress was certainly a statement piece, and perhaps it’s one Middleton wanted to emulate. Subconscious or not, Middleton’s look bears a striking resemblance. In fact, it’s the outfit she wore when she gave her first public speech at East Anglia’s Children’s Hospices in 2012.

Perhaps the duchess was hoping for a little inspiration from her late mother-in-law.

Next: You can’t go wrong in this type of look.

5. Classically chic in all white 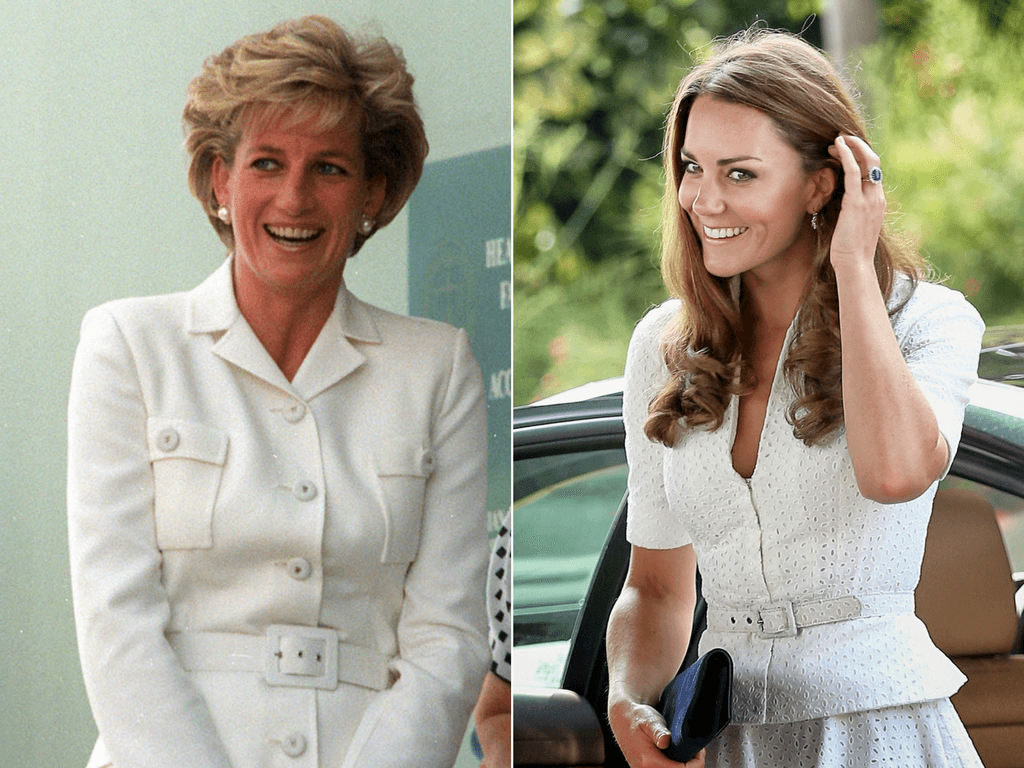 Princess Diana and the Duchess of Cambridge are both simple, chic, and elegant in these clean, all-white ensembles. A white jacket and easy skirt, how great is that?

And furthermore, isn’t it refreshing to see that Middleton doesn’t have to wear gowns 24/7 just because she’s a royal? We certainly think so, and we’re loving this look on her.

Next: We love a powerful pop of color.

6. The power of purple 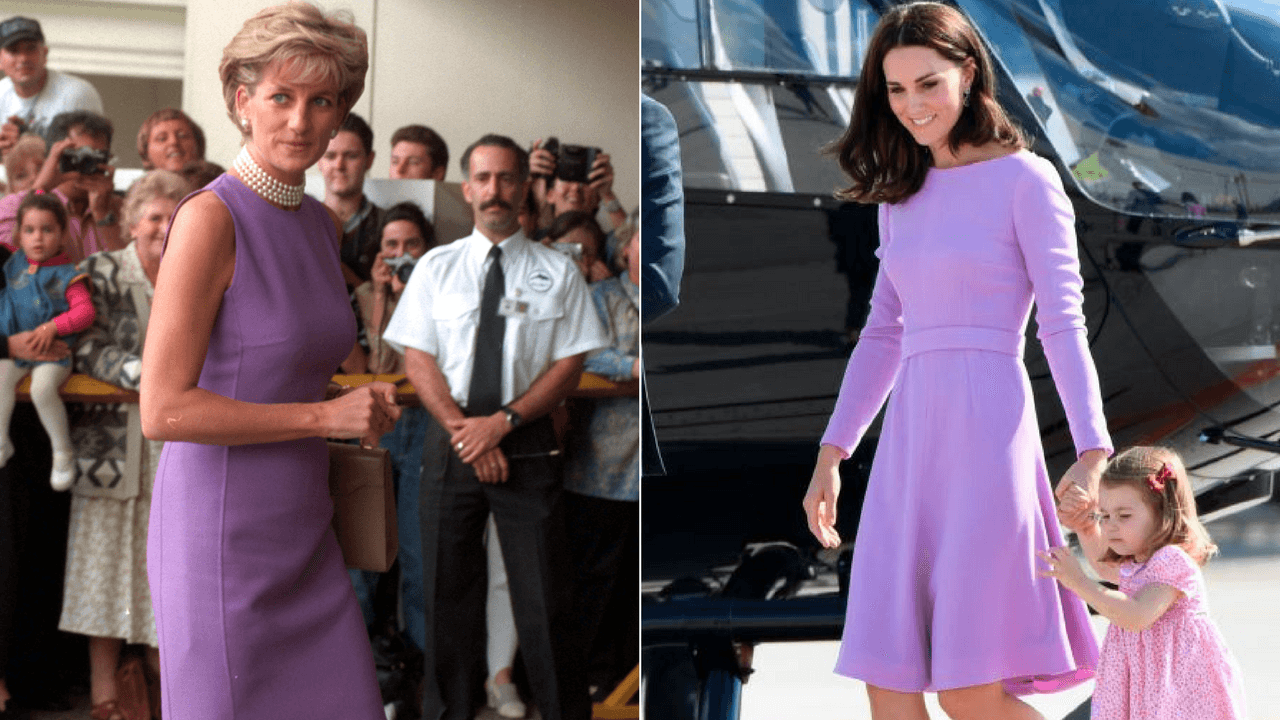 There’s no denying purple as a power color. And neither Diana nor Middleton were afraid of wearing the bold shade. While Middleton sported a shorter version, Diana opted for a long, sleeveless number. And we’re loving both.

Next: One of these is an 80s throwback. Can you guess which? 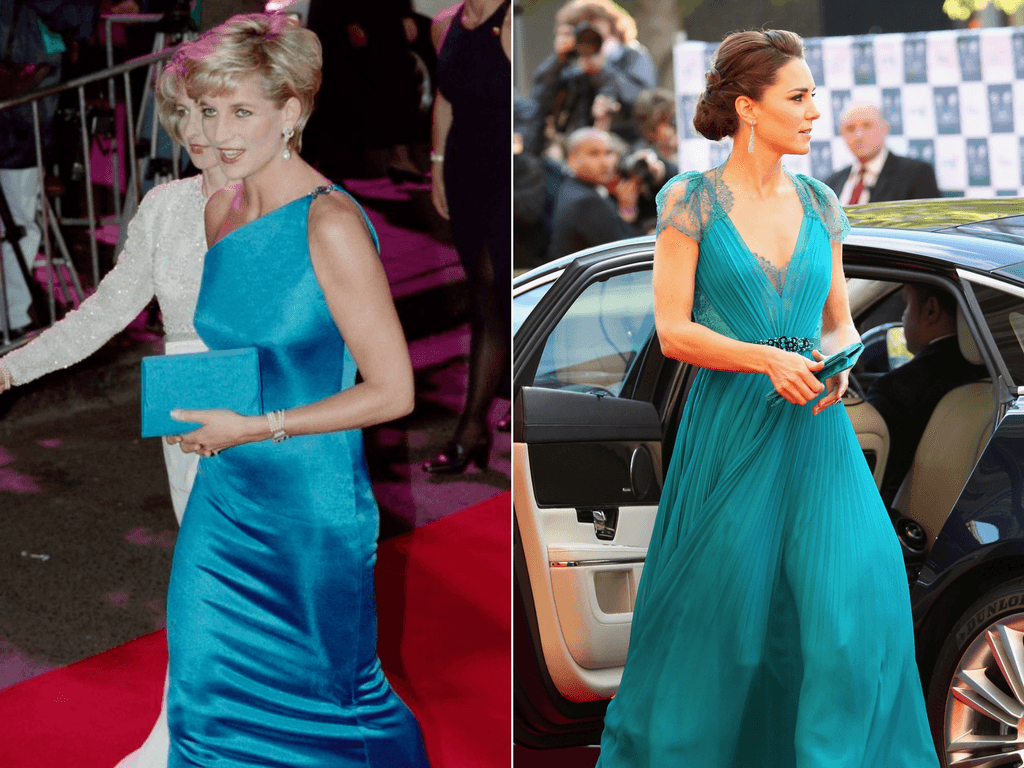 If we were going to vote, the duchess would be the hands-down winner here. But this isn’t “Who Wore It Best,” so there’s no need for that. Because the truth is, each of these ladies looks absolutely stunning in an unexpected teal.

Diana wore it well for the time, but we’d prefer to leave this dress back where it belongs. The duchess’ dress, on the other hand, is much more our speed. Middleton is simply radiant in her modern take on teal, with a touch of lace detailing and a flattering accordion affect. 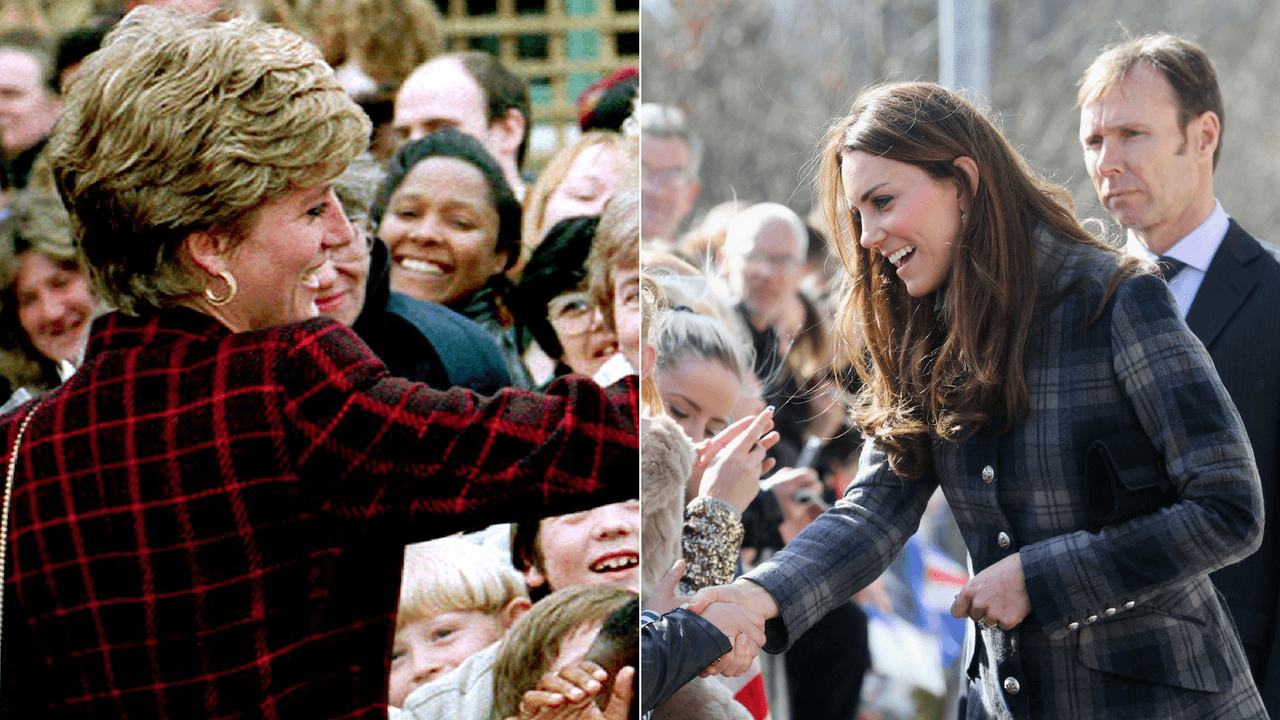 Although some folks associate plaid with 90s punk rock, it’s much more sophisticated than that. And more importantly, plaid will never, ever go out of style, so long as you know how to pick it.

Each of these royals has a different color scheme, but both work equally well, proving just how timeless the checkered print really is.

Next: We want to know where we can get Middleton’s look here. 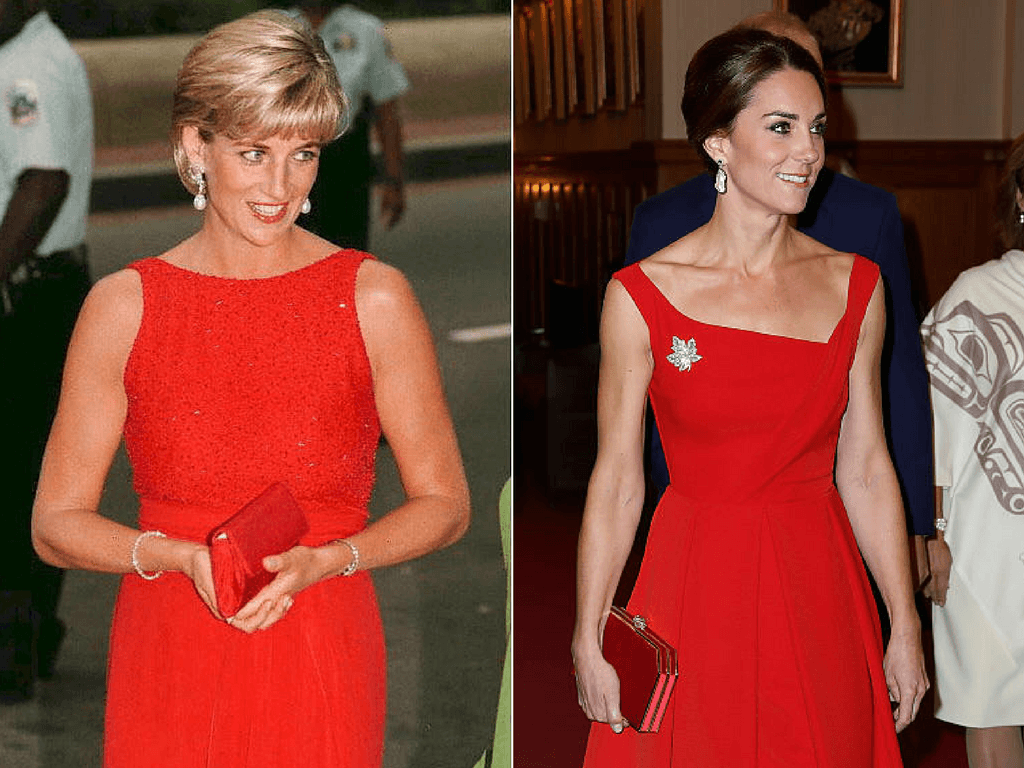 If red has ever had a moment, it had to be this. Showing off her beautiful neckline, Middleton made us all smile when she stepped out in this breathtaking look. And while we like Princess Diana’s long red dress, too, we just can’t get enough of Middleton’s modern-day take on the classic silhouette.

Next: A perfect color for seasonal events 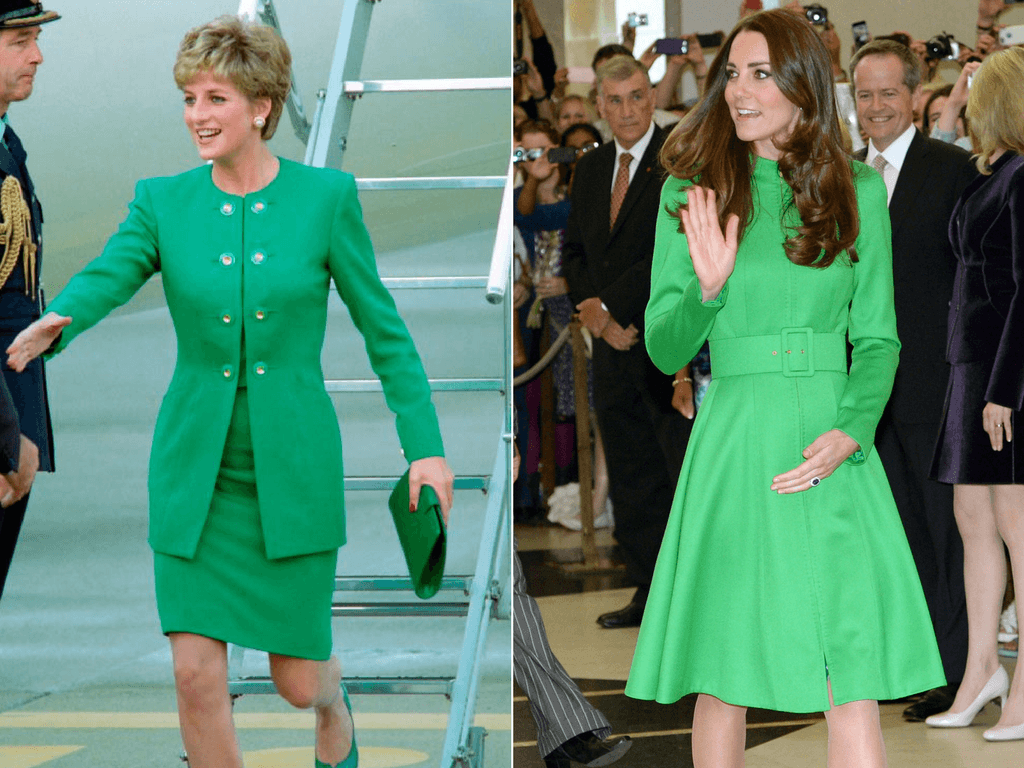 If we’ve learned anything, it’s that the Duchess of Cambridge knows how to pull off a statement coat. And we’re huge fans (of that and pretty much anything else she ever does).

From her iconic Christmas day plaid to the Kelly green coat she wore during a trip to Australia, the one and only Kate Middleton knows how to rock some serious outerwear — just like her late mother-in-law did.