Everything You Need to Know About Li-Fi 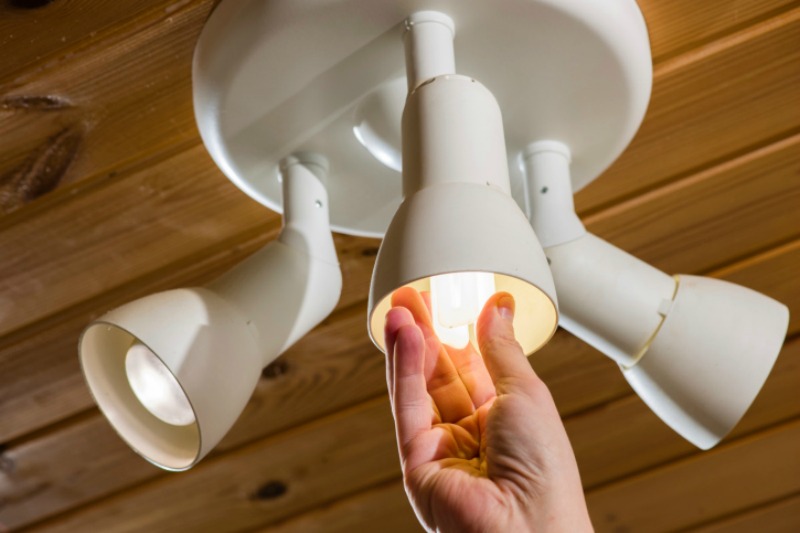 A wireless technology called Li-Fi has been grabbing a lot of attention lately, since scientists in Estonia tested the technology and reported that they could achieve data transmission speeds of 1GB per second, 100 times faster than the average Wi-Fi speeds we get now, according to Science Alert. The scientists, at a startup called Velmenni, have introduced a Li-Fi powered lightbulb, called Jugnu, as “the next generation of smart LED bulbs that can transfer data through visible light.”

While it’s long been the purview of purely academic research, the light-based delivery method does sound pretty exciting. Li-Fi is powered by Visible Light Communication (VLC), which uses visible light between 400 and 800 terahertz (THz) to flick LEDs on and off to transmit data at gigabit speeds. Li-Fi was invented by the University of Edinburgh’s Harald Haas, who in 2011 demonstrated that he could transmit more data than a cell tower by flickering a single LED bulb on and off.

But as Nitish Kulkarni reports for TechCrunch, the researchers found that Li-Fi and Jugnu’s implementation of it were superior to Wi-Fi in almost every way but one: “as something you and I will probably ever use.” While the Jugnu lightbulb is commercially viable, it’s still based on what Kulkarni reports is a laboratory-grade MATLAB and Simulink setup paired with photodiodes instead of a final product that will transmit data in real-world settings complicated by light pollution and other variables.

Though enough companies have been interested in Li-Fi to start a consortium, the technology isn’t yet competitive commercially because of its limitations. The technology sues protocols similar to the RF-band 802.11 protocols, with additional standards to minimize the effects of interference and ambient light. But it can’t be deployed outside in sunlight or in aberrant conditions, and will need filters to work inside when sunlight is present.

Additionally, while Li-Fi doesn’t interfere with radio signals, that benefit is outweighed by a major limitation of the technology’s physics: that visible light can’t travel through walls. Though proponents of the technology frame that as a security benefit, the fact remains that your old-school Wi-Fi network can do something that Li-Fi can’t: work in multiple rooms, even if there’s a wall between them. The lights will also need to remain on all the time, a necessity that may not be an issue for offices or retail environments, but would be problematic in domestic settings, and environmentally unfriendly anywhere.

Kulkarni notes that at this stage, it’s also unclear at what distance the technology will work even with a clear line of sight. And there are new security issues, such as the possibility that the signal could be intercepted “by someone with a telephoto lens and an optical sensor tuned appropriately.”

The commercial applications for the technology are difficult to imagine. Proponents have suggested implementing it for wireless communications on airplanes, but the widespread adoption of in-flight Wi-Fi by most U.S. airlines has made that use case less pertinent. The technology is most likely to be implemented in niche areas, but it’s pretty unlikely that you’ll be using it at home or at the office instead of Wi-Fi anytime soon. Velmenni’s website outlines a few use cases, like home automation, a vehicle tracking system, or a traffic down-counter.

LED lightbulbs equipped with the technology don’t look any different than other LED bulbs, as the information being transmitted is encoded in pulses of light that are small and rapid enough to go undetected by the naked eye. Proponents of the technology envision a network of connected lightbulbs, which would all be used to transmit data between nodes. But as TechCrunch points out, it’s unclear whether the benefits of faster wireless communication would outweigh the costs of constantly-on LED lights, or the cost of optical detectors that would require a clear line of sight to those lights.

Victoria Ho reports for Mashable that Velmenni isn’t the only company trying to get commercial applications of Li-Fi to customers. Companies including Oledcomm and pureLiFi — the latter of which was established by Li-Fi inventor Haas himself — offer kits that enable early adopters to install Li-Fi networks in their homes or offices. As for speed, pureLiFi claims to offer speeds of up to 10Mbps with its current kit. As the International Business Times reports, pureLifi recently announced a partnership in which a French manufacturer of industrial lighting will integrate the company’s VLC technology into its products by the third quarter of 2016.

Deepak Solanki, chief executive of Velmenni, told the International Business Times that his company’s technology could reach consumers within the next three to four years. “We are doing a few pilot projects within different industries where we can utilize the VLC technology,” he said. “Currently, we have designed a smart-lighting solution for an industrial environment where the data communication is done through light. We are also doing a pilot project with a private client where we are setting up a Li-Fi network to access the Internet in their office space.”