Everything You Need to Know About Ralph Lauren

Ralph Lauren is the eponymous fashion empire of legendary designer Ralph Lauren, who was born Ralph Lifshitz in the Bronx in 1939. The son of Ashkenazi Jewish immigrants from Belarus, Ralph changed his last name to Lauren at age 16. He studied business at Baruch College, served in the Army, and then took a sales job at Brooks Brothers. In 1967, he began designing neckties under the name Polo, and that’s when the brand we know today really began.

Ralph Lauren is now comprised of numerous lines, ranging from formal and highly aspirational to more casual and accessible to specialized for unique aesthetics. As Mr Porter reports, the common thread among all of them is the brand’s vision of an accomplished, refined life. Lauren himself once said, “I don’t design clothes, I design dreams.” Read on for everything you wanted to know about how this iconic brand got its start, and which of Ralph Lauren’s many lines and sub-brands are most relevant to today’s stylish man. 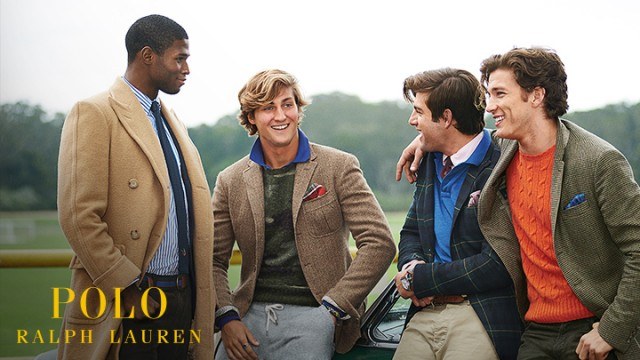 With a $50,000 loan from Norman Hilton, Lauren founded Polo Fashions in 1968. Though he had no formal design training, as Vogue points out, Lauren went from store to store selling his neckties, which were soon stocked at large department stores. He then designed a full menswear line. Lauren introduced the now-iconic polo player motif in 1971, and in 1972, he released a short-sleeve polo shirt, embroidered with the polo player logo and offered in 24 colors.

Polo Ralph Lauren was launched in 1968 as Lauren’s first full line, and its name was chosen because of the close association of classic style with the sport. With the brand’s polo shirt and beyond, Polo offers a full complement of American casual wear styled with Lauren’s famous preppy sensibility. This is one of the most accessible of Ralph Lauren’s lines, and this is where you can pick up an iconic polo shirt, stock up on classic-cool outerwear, or try on a versatile suit for size. 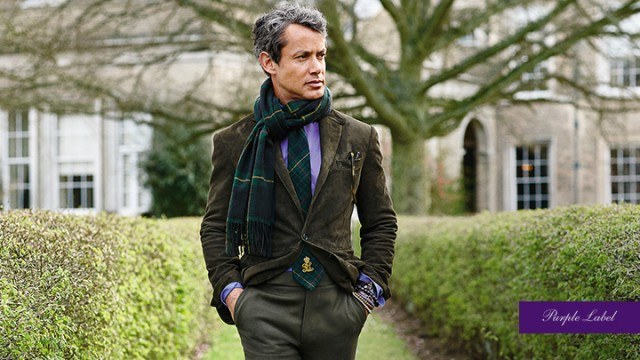 From the 1970’s to the 1990’s, Lauren continued to expand his brand, launching a luxury line, a home line, and a collection of fragrances, and opening stores around the world. In 1984, Lauren opened his flagship store in New York’s Rhinelander Mansion, and in 1997, the company went public.

Purple Label was launched in 1994 as the signature men’s collection, and specializes in luxurious, tailored apparel inspired by Saville Row. Purple Label is made in Italy, with traditional styles, classic cuts, and an emphasis on meticulous construction, most of which is completed by hand. If you love traditional suiting and outerwear, and are willing to splurge, check out Purple Label’s impeccable collection of jackets and outerwear, look through the label’s suits and sport coats, or even consider having a Purple Label suit or dress shirt made to measure. Though Black label started out as a different line, it eventually merged with Purple Label. 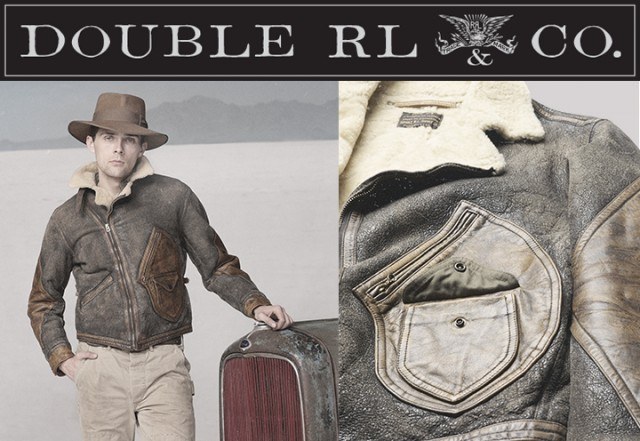 By the turn of the century, Ralph Lauren had been established as an American classic and as an international powerhouse. Kathleen Baird-Murray, who featured the style icon in her Vogue On Designers book series, said that more than any other American designer, Lauren “has created a uniquely American way of dressing, one that the rest of the world has embraced — from the ease of its sportswear separates to key themes, like his western wear, or Hamptons preppy style, that have been re-worked over the years and become modern classics.” An easy example of that is the last of our favorite Ralph Lauren brands: RRL.

RRL, pronounced “Double RL,” began in 1993 as an homage to the American west and early 1900’s workwear. The line is named after a Colorado ranch that Lauren owns, and features rugged Americana-inspired workwear and casual wear that’s become a favorite among workwear and denim enthusiasts. You can’t shop RRL without trying on the brand’s unbeatable denim or its famous chinos, and workwear fans shouldn’t miss its jaw-dropping jackets, gorgeous sweaters, or amazing selection of casual shirts.