Facebook: The Best Place to Complain to Customer Service? 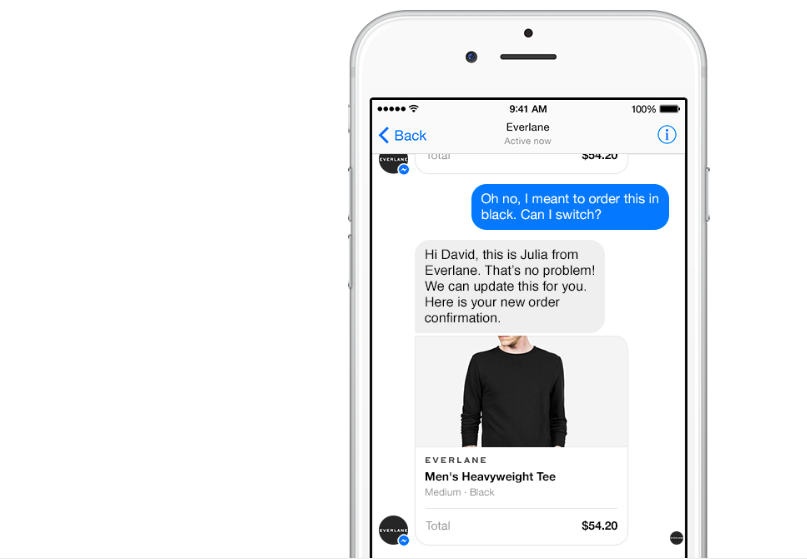 The next time you need to complain to customer service, check when an order is arriving, or ask a question about the hotel you’ve booked, you probably don’t need to wait on hold for 20 minutes. The all too familiar waiting with tiny music blaring from your smartphone until your arms tires out and you put it on speaker just to set it down does not have to be the norm. The best place to turn, in fact, may be Facebook Messenger.

As Jessi Hempel reports for Wired, Hyatt was one of the first hotel chains to get on board when Facebook announced a feature enabling businesses to talk to their customers via Messenger. Now, anyone can send Hyatt a message. The same blue dot that tells you whether a friend is available to chat indicates that Hyatt is online, and you can see when your message has been read. A customer service representative answers your question within minutes, signing with his or her initials so that you know the response was written by an actual person. Hempel reports that Messenger is already “morphing into a 1-800 number for Hyatt’s digital customers, a quick way to get any question answered—and the hotel chain has done nothing so far to promote it.”

In the ten months since Facebook announced Businesses on Messenger, which enables businesses to integrate with the messaging app and chat directly with their customers, companies including Hyatt, Walmart, KLM Airlines, and Uber have gotten on board. While the company hasn’t shared a lot of information about how the feature is evolving, the feature has made a splash with integrations like Ubers, which enables customers to get a ride directly from Messenger. Uber’s rival Lyft will soon follow suit.

As Hempel points out, Facebook is hoping that businesses will embrace Messenger as a new platform to talk to customers, take reservations, and even make sales, something that’s already happening in Asia with services like WeChat. The move squares with the shift toward chatbots, ranging from true chatbots that are fully automated to chat-based services that rely, at least in part, on the help of human operators. Chatbots and related apps and services have the potential to replace your apps and get you to ditch your mobile browser in favor of completing tasks and finding information in the same app you use to exchange messages with your friends.

But it’s worth noting that so far, it isn’t clear whether U.S. consumers are eager to use chat apps in the same way as their Asian counterparts. The United States already has an extensive app ecosystem, unlike parts of Asia. And when you want an Uber, for instance, it’s not really that hard to just open the Uber app to catch a ride.

So for now, companies like Facebook are focusing on customer service, which emarketer analyst Julie Ask tells Wired is “the earlier, better opportunity because it’s derivative of communications, which is what chat apps were designed for.” Hempel reports that many companies are excited about testing Messenger as a customer service channel, but many are cautious about experimenting with deeper integrations — particularly because they aren’t sure how the next stage of Messenger’s evolution will play out and whether it’ll really be worthwhile to get on board.

Facebook has been rolling out the feature slowly, without making it obvious to users who don’t go looking that they can now contact businesses on the platform. But companies are already finding that users want to talk to them on Messenger, which Hempel points out offers them access to more than twice the number of users who log on to Twitter, which has long been the social media platform where unhappy users turn to voice their complaints about canceled flights or less-than-ideal customer service experiences.

In the year ahead, messaging apps that have achieved ubiquity in various markets are likely to leverage their popularity to help you do many of the things you’d traditionally need to download a constellation of other apps for, right from the chat app. As search takes a central place on the web, chat occupies a central place on mobile, and companies like Facebook are going to channel the attention that their apps get everyday to an ever-diversifying set of features and functions.

For now, you can be happy that there’s an easier way to complain to customer service that doesn’t involve waiting on hold while listening to terrible music. In the future, you can expect not only to ask companies questions, but to book services and order products, all from the same app where your friends send you their latest photos and their favorite stickers.