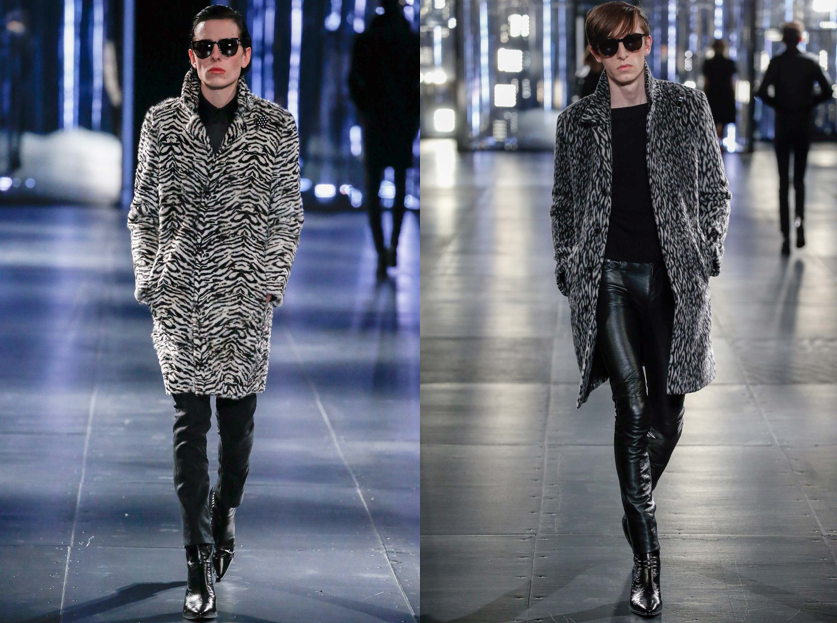 Designer menswear, although unaffordable for many (see the exception, below), is still the standard to which we emulate our style after and use as fodder for inspiration. The great news is that the state of menswear in 2015 has never been more dynamic, fluid, and more interesting than it is right now. Traditional tailoring, streetwear, and avant-garde fashion coexist and even go so far as to compliment one another on the runways and in everyday wear. We’re in the era where it’s OK for men’s fashion to be as bold and as coveted by design as it is for womenswear. To make things easy for you, we’ve picked out four of our favorite new menswear designer pieces from our favorite designers — some affordable, some not so affordable but all still as inspirational and easy to emulate. 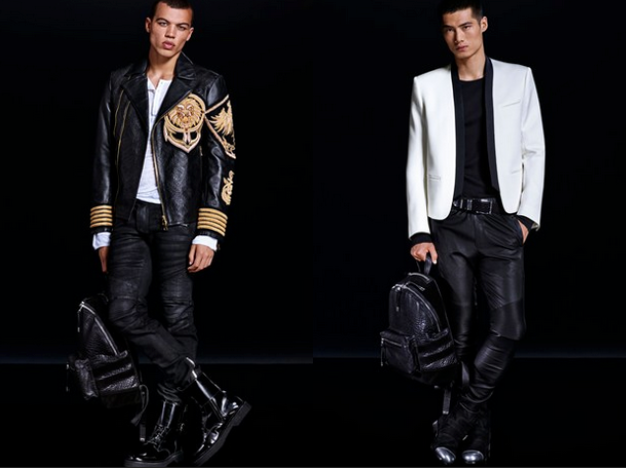 Unless you’ve been living under a rock, baudy french design house Balmain has teamed up with the oh-so-affordable, fast-fashion powerhouse H&M, headed by Balmain’s designer Olivier Rousteing. The line was launched this past week to a stampede of people who cannot get enough of the affordable version of the designer brand. In recent years, the brand has become extremely popular among fashion magazines, runways, and celebrities, exuding a retro, glitzy type of 1970s disco. Here are some of our picks from the Balmain x H&M collection now in stores and online. Although it’s difficult to choose just one piece from the already sold out collection, we’re stuck between the military inspired pieces, versus the retro-’80s inspired leather jackets and blazers with standout red detailing. 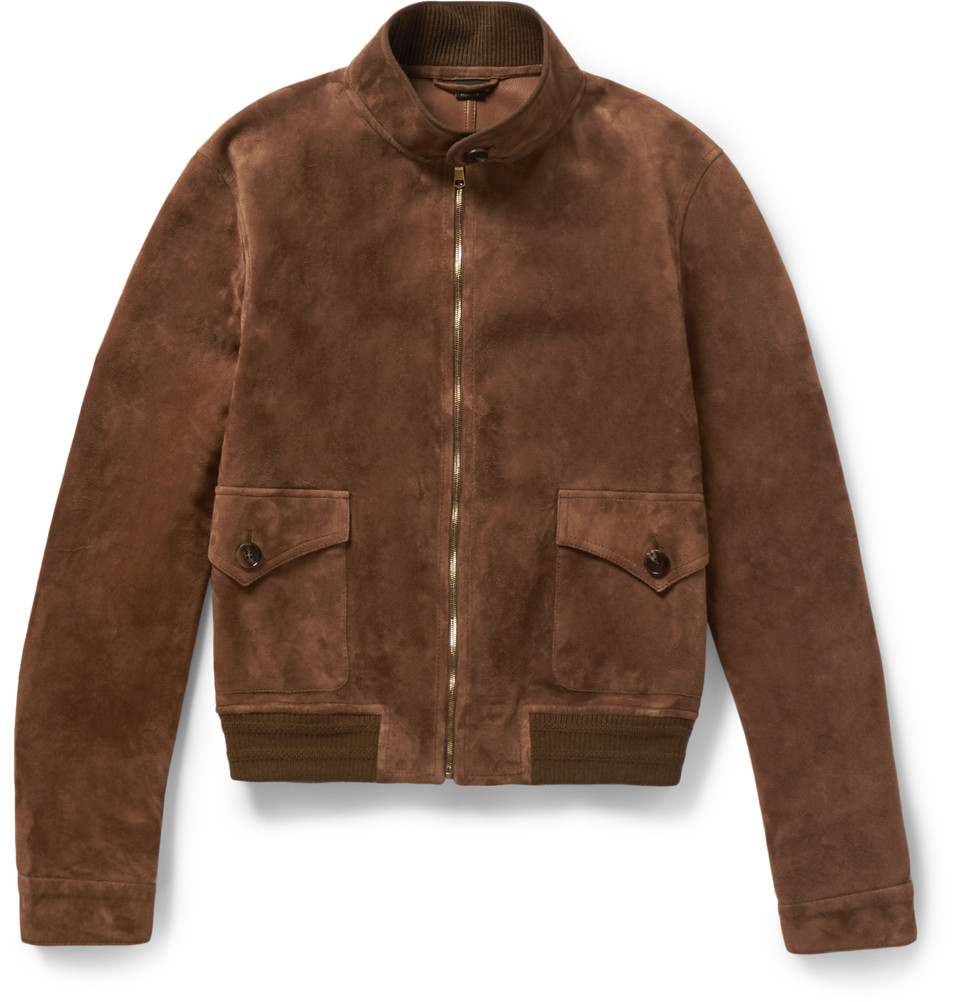 Synonymous with sophistication and style, this Italian fashion house is Italian aesthetic personified. Known for both its fashion and leather goods, this season’s favorite suede bomber jacket has all the style of the 1970s but of course with a modern twist. Not to mention it’s also very on trend with the military aesthetic for the autumn/winter ’15 season.

Heavily vintage-inspired designer brand Visvim is among the most coveted and least accessible (in reference to distribution) cult label that menswear aficionados absolutely love. Founder and designer Hiroki Nakamura offers exceptional handmade quality items and has been known to establish trends that in time make their way to the masses. The collection includes rich indigo-dyed cotton, Japanese printed textiles, Native American-inspired details, re-purposed military clothes, and patchwork denim — all considered Visvim signatures. One of our favorites from the collection, the Corps Jacket, a wool serge jacket that is not only in line with the current military trend, but a hybrid of a bomber jacket meets parka meets army jacket that is also a perfect outerwear option to layer for the season. 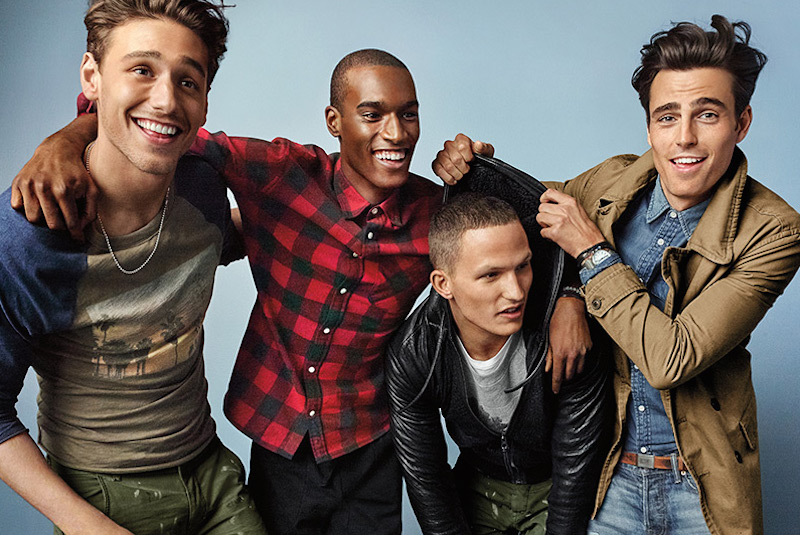 For the fourth year, GQ and the Gap have released yet another menswear collection designed by GQ’s four Best New Menswear Designers in America for 2015. This year’s collection, which was released last month at several select Gap stores in more than seven countries as well as online, highlight each designers perspective on classic menswear pieces, which include leather jackets, overcoats, tailored blazers, and trousers, as well as off-duty graphic tees, sweatshirts, pants, denim, field jackets, and accessories as well. The four designers that were chosen for the collection include David Hart of David Hart, Chris Stamp of Stampd, Nick Friedberg and Jamie Haller of NSF, and brothers Emil and Sandy Corsillo of The Hill-Side.
Each designer imparted their own trademark aesthetic to the capsule collection, as GQ editor-in-chief Jim Nelson pointed out the collection is “represent[ing] not just what men want to wear these days, but what they truly want to live in.” Our designer pick for the collection is Stampd, which is the perfect combo of streetwear meets sportswear. On his collection and tailoring to the Gap aesthetic, Chris Stamp says the “Gap is all about that classic Americana look—and then we wanted to give it our edge.” The clothes from the collection are built for a “restless, go-anywhere twenty-first century” where business is conducted not only in the office but somewhere as mundane as a coffee shop. The collection truly capitalized on the athleisure trend that is everywhere now.