The companies that make TVs are nothing if not ambitious. They’re constantly cooking up new technologies to pack into televisions in hopes of landing on the next big thing. Some of these technologies catch on, like OLED screens and 4K resolution. Others, like 3D, fizzle out because consumers just don’t care. But that doesn’t stop TV-makers, who are always trying to cook up futuristic televisions.

A few times a year, companies like Sony and LG cart out early prototypes for all to see. Many of these TVs never make it to market, but they help spark our imaginations about a future technological paradise. Here are some of the most innovative and futuristic televisions we’ve seen so far. Let’s hope some of them actually hit the market at some point down the line.

What if there was a TV you could stick on the wall like a poster? Turns out there is, at least in prototype form, as FlatpanelsHD reports. This impressive piece of tech from LG is a mere 1mm thick (although “thin” would be a better descriptor), and it connects seamlessly to a magnetic wall mount. Just imagine — when you’re done watching a show, you could peel it off the wall, roll it up, tuck it under your arm, and saunter off like some kind of futuristic time traveler.

Seriously though, a television so thin and light you can just stick it to a wall is impressive tech. It’s especially incredible compared to the relatively bulky TVs we have now. Even the thinnest TVs on the market are bulky enough that mounting them requires power tools, heavy lifting, and prayers that the screws went into wall studs so you don’t end up with a shattered television. A paper-thin TV that sticks to the wall with a magnet would be a big improvement.

“What if a piece of furniture had a pane of glass that could turn into a TV? Like, when the TV’s off, it would just look like a window? Whoooooa.” It sounds like the musings of a toked-up college kid, but it’s a real product — or at least a real prototype. Engadget reports Panasonic has developed an OLED screen that’s almost transparent when it’s turned off, blending into a panel on a shelving unit. Turn it on, and you would hardly know you’re looking at a marvel of futuristic technology.

The only problem is the tech is still in the research-and-development phase. It won’t see the light of day for at least three years — if it ever makes it to market in the first place.

We may be just heading into the era of 4K resolution, but why don’t we kick the tech into hyperdrive and double it? That’s right, television screens stuffed with over 33 million pixels are currently in development over at companies like Sony, Samsung, and LG.

Even though many people don’t notice the difference between 4K and 1080p at normal viewing distances, apparently there’s no stopping TV-makers from shrinking pixels and cramming them into displays that look impossibly clear, even up close. But why stop there? Why not 16K, or 32K? Why not a billion K? Where does it end? 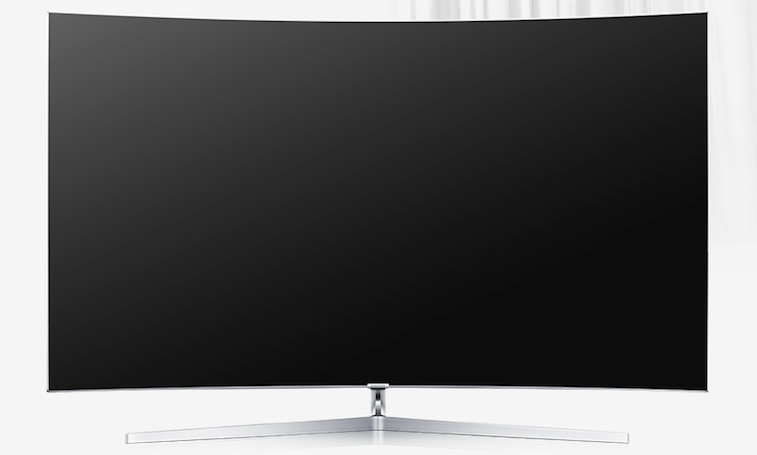 A TV with a bezel-free design | Samsung

The only part of a TV anyone really cares about is the screen — which means the platonic ideal of a television is one that’s all screen and nothing else. That’s the idea behind the bezel-free TVs a few manufacturers have shown off recently. In case you’re not up on your TV lingo, the bezel is the frame that goes around the screen. It’s used to cover up whatever electronics make the TV run. As the technology that goes into TVs shrinks, we’re quickly approaching the point where TV-makers won’t need bezels at all. Before long, they’ll achieve TV form factor perfection. Then how will they keep improving televisions?

Not everyone has room in their abode for a 98-inch screen TV, but if you do, and if you’re honest with yourself, you know you want one. LG has shown off a prototype 98-inch 8K TV that will take up the better part of just about any wall you put it against. The only problem is money. While the company hasn’t announced the price of this 98-inch beast, Sharp released an 85-inch 8K TV last year in Japan that went for $133,000. Tack on 13 more inches, and we’re talking a lot of cash. Better start saving now.