A polo and khakis might be as dressed up as you get – and today, that’s fine. But before January 1961 or so, that would’ve been considered shockingly casual for most events, maybe even slovenly. To say the ’60s transformed style is an understatement, and while rock and roll broke down barriers and allowed everyone to let their freak flag fly (even Richard Nixon had sideburns by ’72), the first cracks in the conservative style of the ’50s came from the White House, when John F. Kennedy was president.

On Inauguration Day, January 20, 1961, president-elect John F. Kennedy broke tradition and largely eschewed from wearing the traditional top hat. This may sound ridiculously old-timey today, but that’s just how conservative and codified style was back then. From the ’20s through the ’50s, American menswear was dominated by trends set in England, specifically from Buckingham Palace. It was the era of the Edward VIII look: double-breasted suits and evening wear; a time when going out anywhere was a formality to some extent.

The Kennedys were the opposite of these old-school formalities. Campaigning against Nixon in ’60, JFK looked thoroughly modern in his tailored Brooks Brothers suits, compared to Nixon’s old-style box-cut duds (though Nixon was only three years older). Unlike earlier presidents, Kennedy and his family were photographed in their natural element, and it was anything but formal. Off the clock, the Kennedy clan wore crew neck sweaters, khakis, sneakers, and wrinkled oxford shirts, yet still conveyed power and responsibility. They brought the Ivy League preppy style to the forefront of American culture, and within a few years, hats and ties began disappearing from the closets of millions of Americans.

During his brief presidency, JFK started a massive sea change that transformed style, politics, and culture in ways he never could’ve imagined. To see Bill Clinton in his bathing suit in the ’90s, or Barack Obama stumping without a tie in the ’00s, shows just how much Kennedy changed the office, and how casual American culture has become. He broke down the formal confines of the White House, and became the first truly relatable president in American history.

Over half a century later, he still ranks as one of the most popular presidents of all-time, and his effortless style has become an inspiration for the way Americans view clothing. Here are some simple wardrobe updates that will take you from Casual Friday to Hyannis Port cool in no time at all. 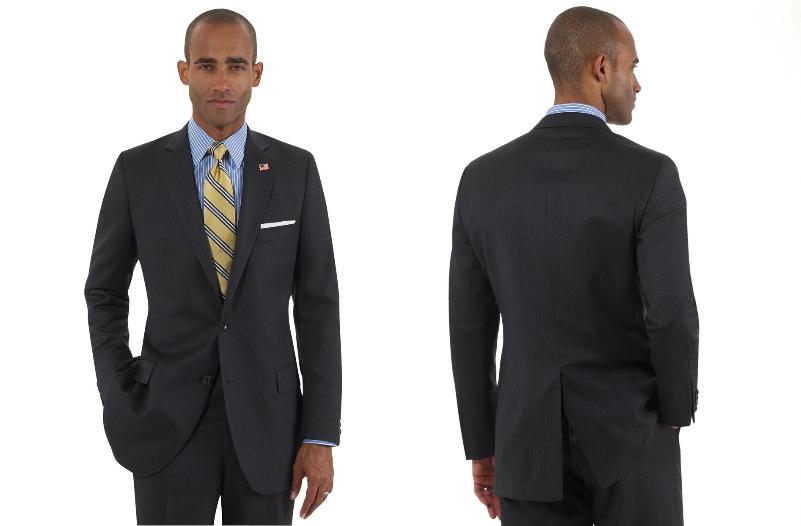 It doesn’t get much more classic American than a Brooks Brothers suit. After all, Brooks Brothers has been the go-to for American formal clothes for nearly two centuries, and outfitted almost every president since Lincoln. The Kennedys well-tailored two button suits looked completely modern compared to the boxy, shapeless styles of the ’50s, and half a century later, they still look great. Brooks Brothers’ Fitzgerald Fit Saxxon Wool Herringbone 1818 Suit looks like something right out of the 35th president’s wardrobe, and will make you the best-dressed man in the room. If you’re on a budget, J. Crew’s Crosby suit is just as timeless and clean, but costs a lot less. 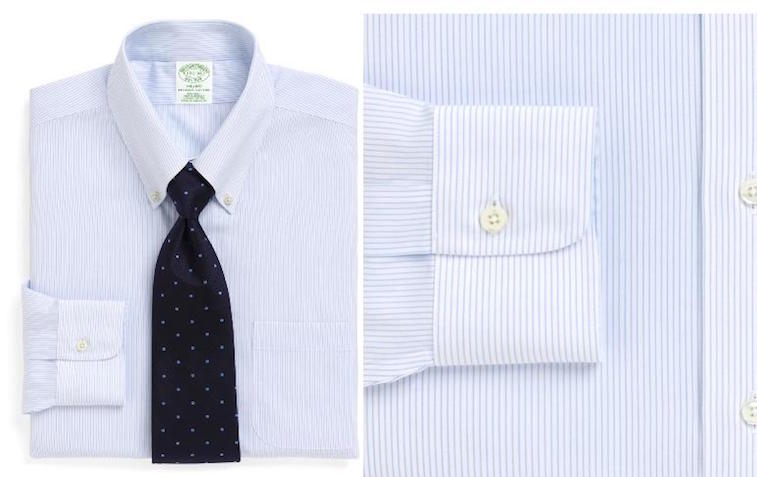 Like the classic American suit, Brooks Brothers can also lay claim to the classic oxford shirt, with its button-down collar. Luckily, its popularity was too much for one company to keep up with, and they’re now available just about everywhere. Today, it may look like just another dress shirt, but with its sporty origins (the button-down collar originated from 19th century polo uniforms), the oxford became popular with the post-war preppy set, and by the early ’60s, became a legitimate alternative to more traditional dress shirts. On top of the original, Uniqlo does an oxford that’s just as good at a fraction of the price. 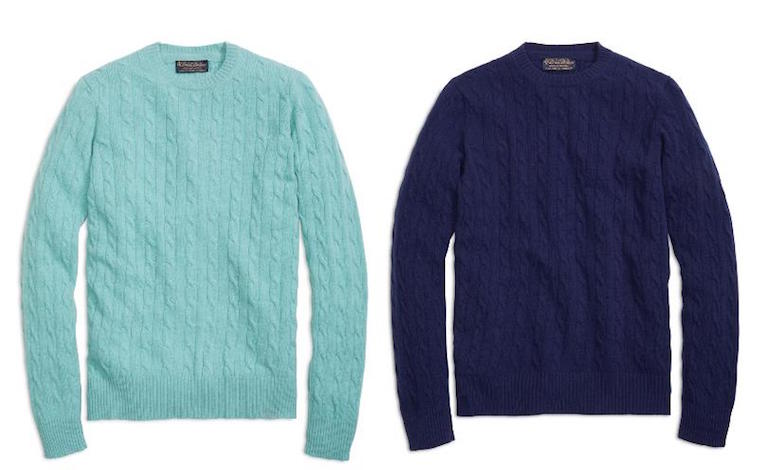 Like the button-down shirt, sweaters have been relegated to events where people get “dressed up.” That’s a shame, because a good crew neck sweater is one of the great staples of classic American style. Buy Brooks Brothers’ Cashmere Cable Crewneck Sweater or J. Crew Factory’s Fisherman’s sweater a size too big, and channel your inner JFK — or Marlon Brando, James Dean, or just about any other American icon. 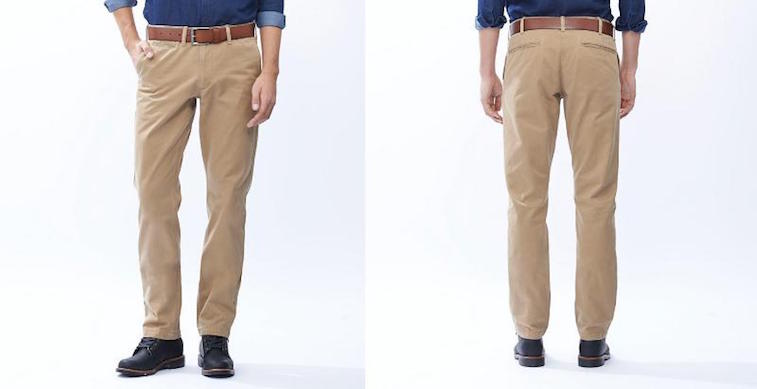 Over the past 10 years or so, chinos have gone back to their roots. The baggy, pleated khakis of ’90s-era Casual Fridays is long over, replaced by slimmer, flat-front chinos that draw from their U.S. Navy roots. When JFK wasn’t leading the free world, he could usually be found in a pair. Today, it’s hard to beat  J. Crew’s khakis, but if you’re on a budget, Uniqlo does chinos better than almost anyone else for less. 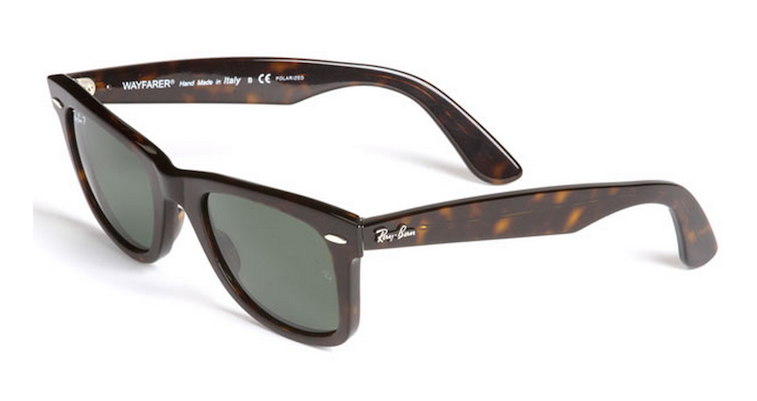 Like any good poker player knows, a good pair of sunglasses can go a long way, and as president, JFK was rarely without a pair when outdoors. Kennedy favored a tortoise shell style, and today there are plenty of options available. On top of the ever-popular Ray-Ban Wayfarer, Target has tortoise shell frames that look nearly as good for under $20.00.

Off the clock, JFK usually ditched the dress shoes for a classic pair of loafers, and today, they look just as good as they did back in the ’60s. Wear a classic pair of Bass Weejuns with a pair of Chinos, and it’s relaxed cool. Wear them with jeans and a polo shirt and it’s instantly dress-casual. Like the oxford, Bass isn’t the only game in town anymore; check out Brooks Brothers’ take on the all-American classic. 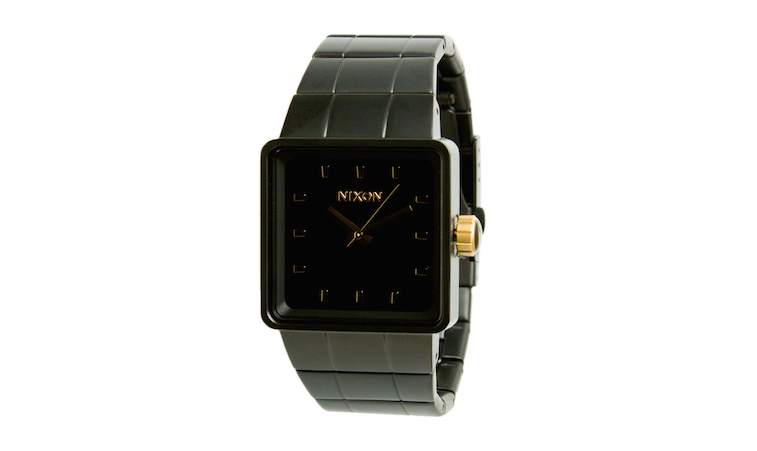 A watch says a lot about a man, so much so that there are some great articles out there analyzing the timepieces of our presidents. Kennedy’s was minimal and slim, an Omega Tank watch that perfectly embodied the forward-looking modernism of the early ’60s. Cartier invented the Tank as we know it, but while it and Omega might break the bank, the (ironically named) Nixon Quatro is a modern take on the Tank that you can wear every day and won’t need to take out a loan to buy.

The world has changed a lot since JFK’s day, but with these timeless style upgrades, you’ll look good in any era.