If dressing up like a ghoulish creature or a character from Star Wars isn’t your cup of tea, get into the spirit of the holiday with one of these hilarious Halloween-themed T-shirts. You probably won’t win any costume contests, but you may still have the funniest outfit at the party. Here are five humorous Halloween T-shirts for men. 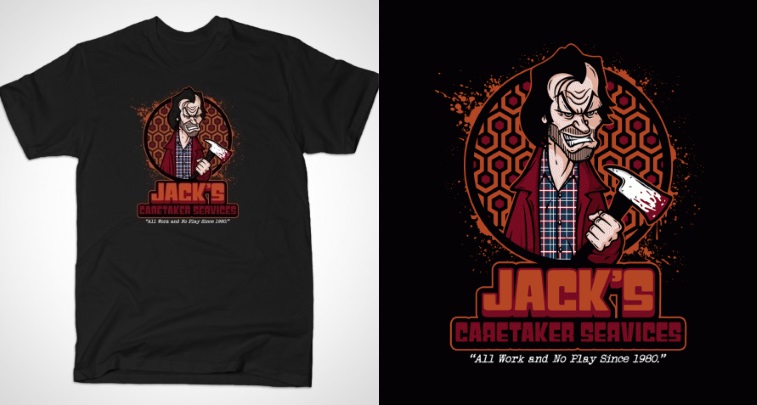 Thirty-five years after its release, Stanley Kubrick’s film adaptation of Stephen King’s book The Shining is still widely considered one of the greatest horror films ever made. Now you can pay tribute to this classic horror flick with this humorous T-shirt that advertises “Jack’s Caretaker Services.” Featuring a caricature of Jack Nicholson holding an ax in front of the hotel’s iconic carpet pattern, this T-shirt is the perfect Halloween attire for fans of classic horror. Find the Jack’s Caretaker Services T-shirt here. 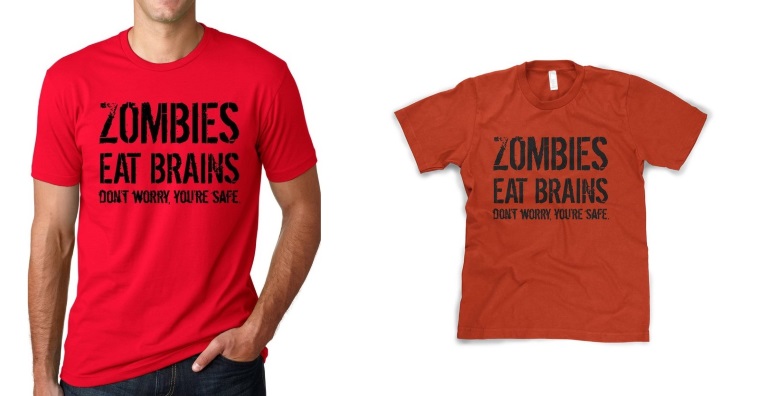 Thanks to the success of TV shows like The Walking Dead and movies like Zombieland, these flesh-munching undead humans are some of the most popular creatures found in horror entertainment today. And whether they move fast or slow, everyone knows that zombies love to eat brains. Of course, as this T-shirt points out, this may not be a concern for everyone. You can find the Zombies Eat Brains So You’re Safe T-shirt here.

He’s big, orange, and sports a distinctive blond bouffant hairstyle. We are, of course, talking about “Trumpkin,” the politician-pumpkin hybrid who wants to make Halloween great again. Show your support for the Trumpkin with this T-shirt featuring his classic squinty-eyed, open-mouthed expression. Just be warned, this T-shirt may become less funny as the 2016 U.S. Election Day draws nearer. You can find the Funny Trump Halloween Trumpkin Pumpkin T-shirt here. 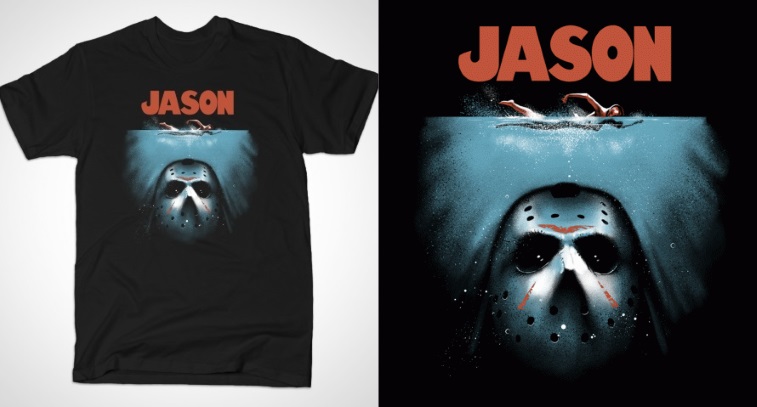 Just when you thought it was safe to get back in the water at Camp Crystal Lake … Wait a minute, why would you ever think it was safe to go swimming at a lake made famous by a hockey mask-wearing serial killer? In any case, it looks like Camp Crystal Lake is even less safe this year, thanks to this hilarious Friday the 13th–Jaws mashup. You can find the Jason Jaws T-shirt here.

Trick-or-treating may be fun for kids, but what adult wants to go door-to-door begging for candy? On the other hand, if people were handing out beers instead of sweets, you’d probably see a lot more full-grown men making the rounds on Halloween night. Show your support for a new Halloween tradition this year with the Trick or Beer T-shirt that features glow-in-the-dark lettering. You can find the Trick or Beer Cool Glowing Halloween T-shirt here. Now get out there and collect some free beers!