Over the past several decades, Hillary Rodham Clinton has worn a bunch of different hats: She was the former First Lady, New York senator, Secretary of State, and most recently, the Democratic nominee for last year’s election. But there’s one role that never receives the acclaim it deserves: Style icon. That’s right.

Whether she’s sporting an extravagant gown to the Inaugural Ball or a pantsuit that has “boss” written all over it, Clinton is one of the most stylish First Ladies to date. There’s even an Instagram account dedicated to unearthing her influence in the street style sphere. In the spirit of the upcoming election, we’re listing off five of the presidential hopeful’s best fashion moments. 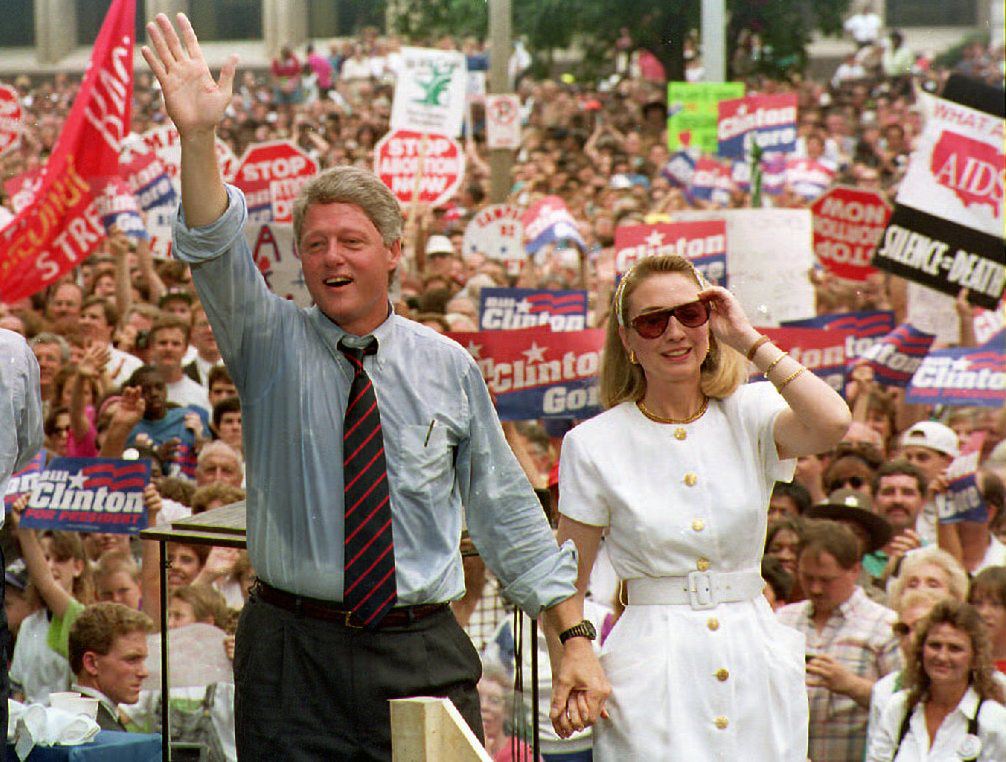 She spent the majority of the late ’80s and early ’90s supporting her husband’s campaign and subsequent presidency, but that doesn’t mean her style took a back seat. On the contrary, her style was arguably at its best during her stint as First Lady as well as the time leading up to it. Take this look, for example. A belted button-down dress is nothing special. You may even have one lurking in your closet. But it’s styled so effortlessly — with a thick headband, oversized sunglasses, and some thin bracelets — you can’t stop yourself from wanting to recreate this look. It’s this mix of professionalism and comfort that secures her title as an American style icon. 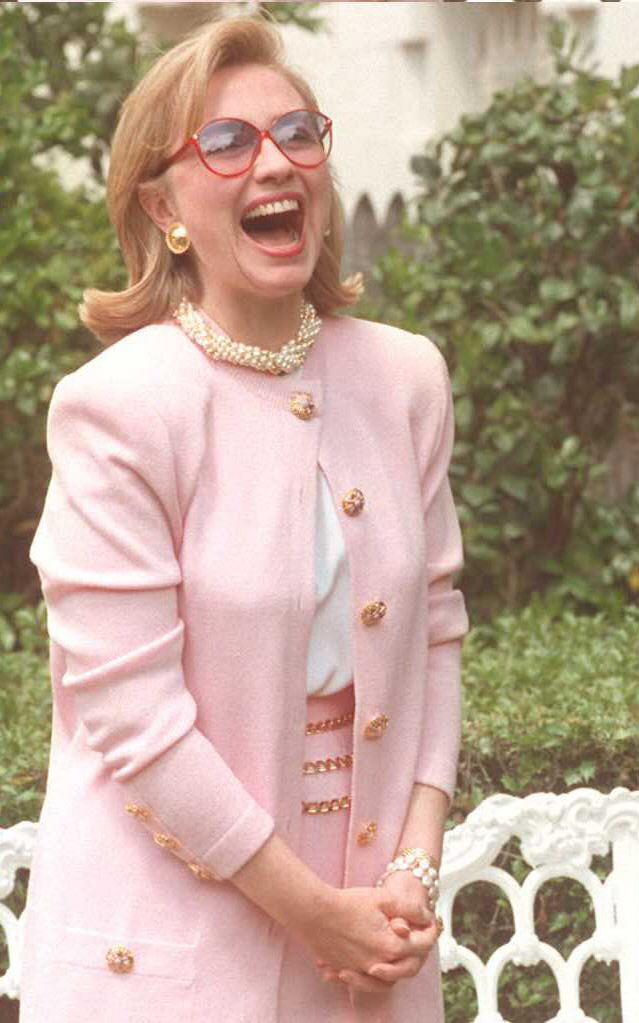 If Clinton taught us anything as First Lady — sartorially speaking, of course — its that pink is for strong women, too. While a pink jacket and skirt combination can get overly girly, or even matronly, quickly, she added fun, timely touches like gold chain fripperies and statement jewels. The result? A skirt suit that’s a far cry from what’s hanging in your grandma’s closet. Paired with thin, red sunglasses, this getup would look at home on a fashion blog today. 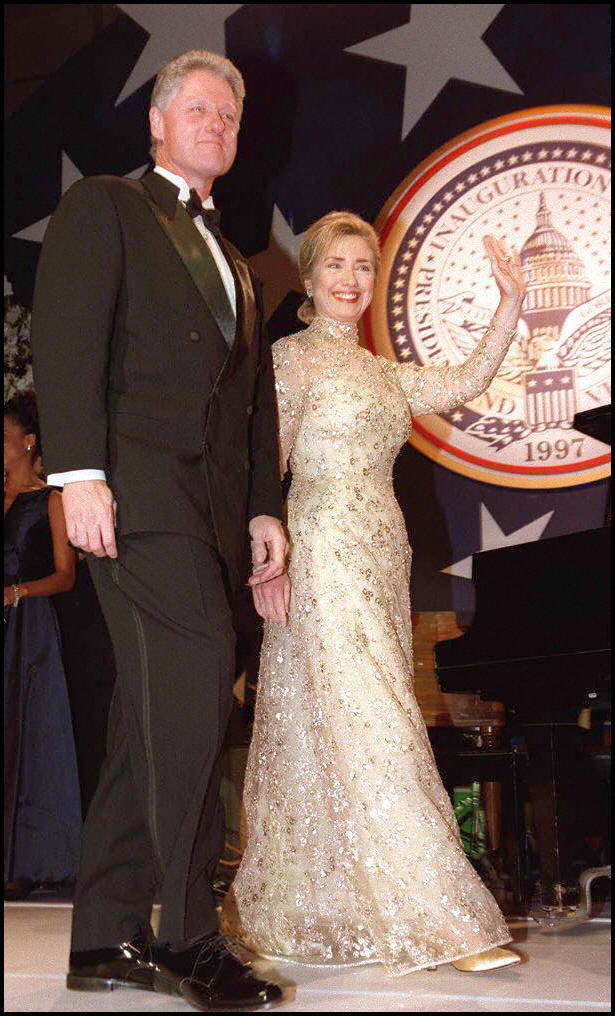 She’s not your sparkly, full-skirt ball gown kind of gal, but when Clinton’s asked to dress up, you know she’ll deliver. Between the high-neckline and beaded appliqué, this Oscar de La Renta dress surely packed a punch. But since the gold color perfectly matched her blonde hair and glowing skin, the look read more subtle than statement. While we can’t say we loved the matching gold cape (not pictured), this extravagant silhouette is now a staple on any red carpet. 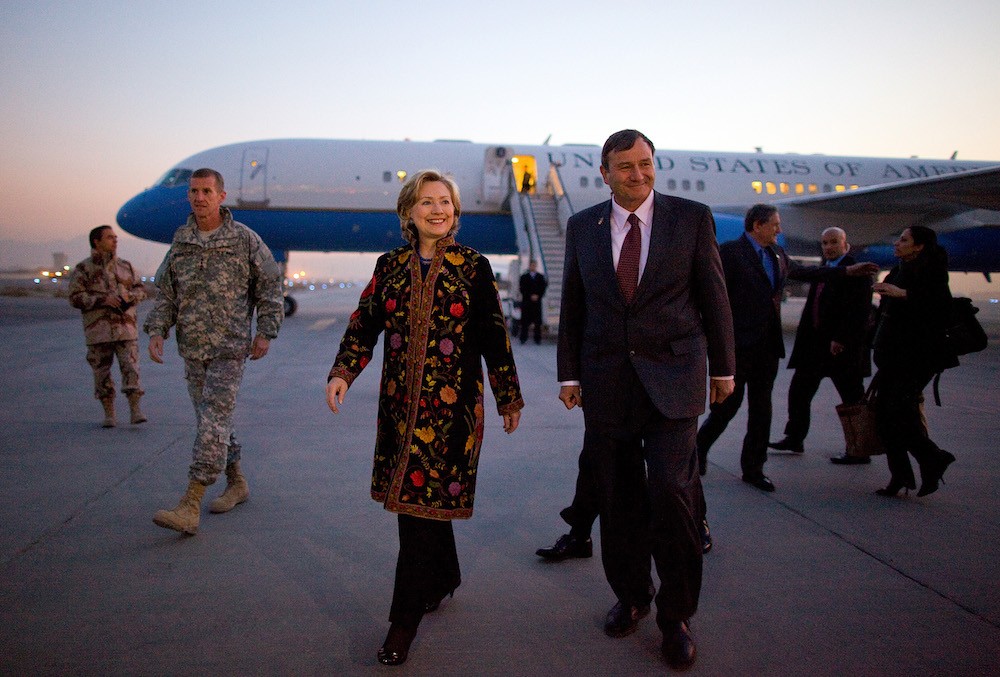 Anyone who can experiment with different colors and patterns is a style role model in our book, which is precisely why we’re so fond of this ensemble. Sure, jetting off to another country to discuss foreign policy is not what we’d call glamorous, but this outfit was surprisingly a hit. The below-the-knee jacket and straight-legged trousers is Clinton’s sartorial calling card; however, swapping out a stodgy neutral for an interesting embroidered jacket gives this look some more pizzaz. Plus, this jacket is one of those pieces we’d totally buy if we found it at a vintage store. 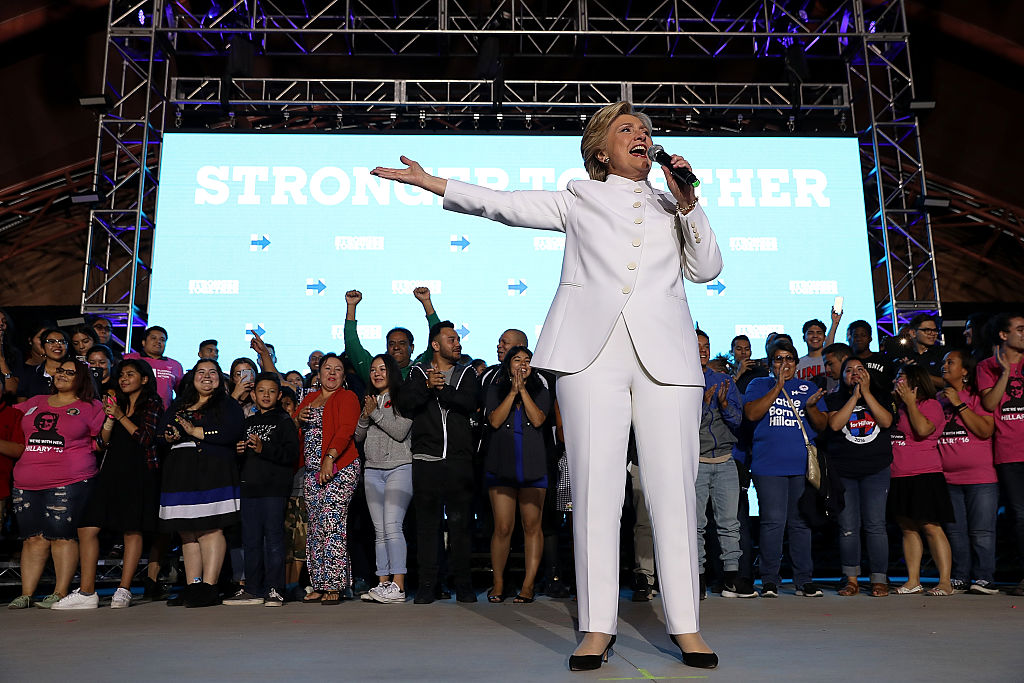 Let’s get one thing straight: Growing up and having great taste need not be mutually exclusive. In 2016, Clinton didn’t sport the same skirt suits and fitted dresses she once did — and that’s OK. Instead, she found her own flattering, and powerful look in the pantsuit, and has become something of a pantsuit connoisseur in our country. It’s been years since she debuted her signature look and although her outfit choices are slightly predictable, they’re never boring.

From experimenting with a new texture, sporting a bright color, or switching up the neckline as she did at the final presidential debate, Clinton knows what works for her and makes tiny tweaks to keep each outfit looking fresh. We expect more of the same in the coming years.