How All Your Mobile Apps May Become Obsolete 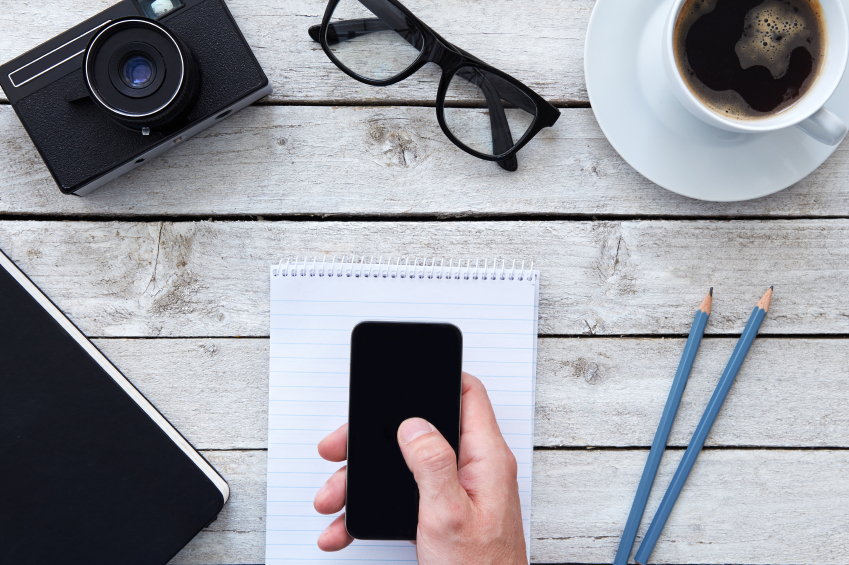 If you’re as attached to your smartphone as we are, you’ve probably found at least a few apps that you just couldn’t get through your day without. Apps are what define the Android and iOS ecosystems, and they’re probably what you open nine times out of ten when you unlock your phone. So you’re probably surprised to hear that many in the tech industry are envisioning a future without apps.

As Larry Seltzer reports for Ars Technica, there’s a significant number of problems with apps and the app-dependent mobile landscape we’ve grown accustomed to using. Apps lock users in to a single platform, take up lots of space on your phone or tablet (one of the major pitfalls of devices like a 16GB iPhone), and rely on users to update them — which often results in broken or vulnerable versions staying in use long after developers have deployed fixes.

So what’s the alternative? As Seltzer sees it, the best answer could be “to go back to the future and do what we do on desktop computers: use the Web and the Web browser.” HTML apps are updated on the server, so users get access to the new versions immediately, without a window of time in which they can use a vulnerable version simply because they haven’t gone to the App Store to download a security fix. With good engineering, a single site could support phones, tablets, PCs, and any other devices that come along. If your favorite apps moved to the browser, you wouldn’t have to install updates, but you also wouldn’t have to install the app in the first place — which would leave more room for photos, music, videos, and other data.

As Seltzer reports, standards for mobile web apps are rapidly advancing with the emergence of HTML5. The goal is for websites to be able to do anything that mobile apps can, a goal that, if achieved, could make native apps obsolete in the eyes of both developers and consumers. As mobile browsers get more sophisticated, they’re providing web apps with access to local features, which has traditionally only been available in native apps.

Seltzer explains, “Standards bodies have been hard at work developing interfaces to control graphics, device notifications, data storage, payments, GPS, compass, accelerometer and other sensors, forms, multimedia, and more.” Because web apps don’t work when there isn’t a network to connect to, a new model called a hybrid app can use an operating system’s native browser to open a fullscreen window. That means that they can look and behave like “real” mobile apps and get access to hardware features that wouldn’t be available through the web browser.

As Ars Technica points out, there’s a surprising obstacle standing in the way of this vision of an app-less future becoming a reality: Apple. Not least because the company gets a 30% cut of the sales of apps, games, and in-app purchases through its App Store, Apple doesn’t seem keen on a future that cuts the App Store out of the picture. It’s also been slow to adopt standards, like Service Workers, the Vibration API, and the CSS touch-action property, that would make a more powerful mobile web possible. None of these three standards is supported in Safari for iOS, and there are additional features that are missing or implemented incompletely.

Developers aren’t happy with the state of affairs, some making the case that just as Microsoft let Internet Explorer fall behind the times, so Apple is letting Safari languish. Even worse, Apple prevents third parties, like those that make alternative web browsers for iOS, from implementing these features — which keeps all of the browsers for the operating system in the same situation.

Google doesn’t have the same incentive to champion native apps at the expense of web apps, since its involved in the development of new standards and often implements them more aggressively than others. Google is motivated to provide the best web experience possible to Chrome users, and because most Android users rely on Chrome, the browser merits a significant amount of effort and attention from Google. Google measures the performance of the mobile web not by comparing the web to apps (since apps will always be faster), but by whether the performance is fast enough that the user won’t notice the delay.

New features and standards make it possible to engineer websites that offer “good enough” performance, something that hasn’t always been possible. But Seltzer reports that Apple is reluctant to open the floodgates to all of the potential issues that come with new standards and functionality “because Apple has been very conservative in allowing capabilities that could present security and usability problems.”

But when you consider the benefits — apps that could work universally across all platforms, run without any noticeably slower performance than the native apps you’re used to, and won’t require you to stay on top of App Store updates or dedicate all of your local storage to them — it seems that web apps are the next big train that tech companies need to get aboard.