How Ancestry.com Could Find Out Your Risk of Disease 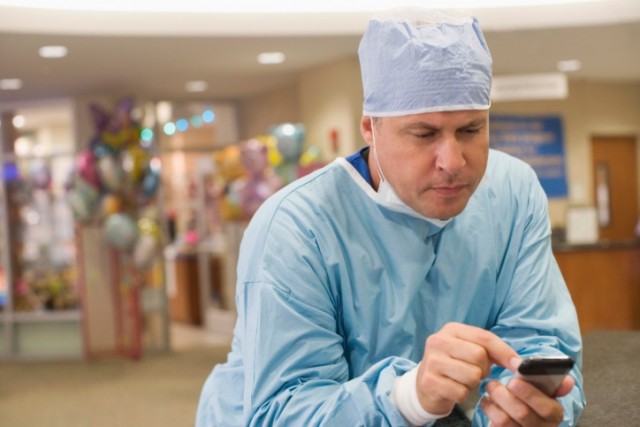 One of the companies that uses a simple genetic test to tell you about your family history is hoping to offer valuable insight into your health. Whether it can do that or not depends on how successful it is in demonstrating that the genetic information it could provide will be useful — and won’t lead to the treatment of diseases that might never develop.

Arielle Duhaime-Ross reports for The Verge that Ancestry.com is seeking FDA permission to use its DNA kit for much more than helping users learn about their family histories. The company wants to use its genetic testing to tell customers about everything from their disease risks and genetic carrier statuses to how well their bodies might react to specific drugs. The FDA doesn’t yet allow for any of those uses in direct-to-consumer genetic tests.

Ancestry CEO, Tim Sullivan, told The Verge that it is in the “very early stages of a conversation with the FDA.” He added, “We think it’s totally appropriate that the FDA has stepped in to pretty aggressively regulate direct-to-consumer genetic tests — and we’re just starting from that perspective, and trying to work very closely with them.”

Until this summer, Ancestry primarily focused on helping customers learn about their families. The company’s $99 DNA kit enables people to send a saliva sample for genomic analysis, which reveals information about their ethnic origins, ancestors, and relatives.

In July, the company made a deal with Calico, the Google-incubated medical research company, to afford Calico the ability to look for genetic markers of human longevity in Ancestry’s anonymized genetic database. The company also released a new product, called AncestryHealth, which helps users trace health conditions in their family.

Ancestry hopes to delve into the genetics of health, but it will need to figure things out with the FDA, an agency that has stopped genetic testing companies like 23andMe from doing exactly what Ancestry plans to do. Scientists are only beginning to figure out how DNA affects a person’s risk of developing a disease, especially because environment and other biological factors play a role.

For years, 23andMe sold a DNA kit that claimed it could tell people if they were at a higher or lower risk of developing a disease. In 2013, the FDA ordered the company to stop sales of the kit because the validity of the product wasn’t verified, and because the company failed to provide a doctor’s support, which would help people avoid treating a disease that they might never develop. Ancestry wants to avoid that sort of controversy, which will necessitate proving that the genetic information it can provide to users will have value and won’t put their health at risk.

Sullivan says that Ancestry has collected DNA from more people than 23andMe. But Duhaime-Ross reports that regardless of who ends up with a larger genetic database, getting the FDA to approve a genomic health push will be a tough sell. Sullivan said that “family health history is still a better predictor of health risk than a DNA test,” which is strange given his objectives for his company. But he told the publication: “Ancestry is going to follow the FDA’s lead on this and add as much value to our DNA test as we can within the FDA’s guidelines.” He added, “We’ll expand the AncestryDNA test in, frankly, whatever way the FDA allows us to do.”

If the FDA decides that it won’t allow Ancestry to enter the world of health genetics, then its DNA kit will remain a genealogical tool. However, Duhaime-Ross reports that it won’t stop the company from profiting from all of the genetic data it continues to gather.

If consumers give their consent, Ancestry can sell their anonymized genetic information to other companies, and Sullivan says that the Calico deal is just the beginning. Sullivan’s anticipation of partnering with “Big Pharma” companies looking to make discoveries about particular diseases mirrors 23andMe’s desire to work in drug development.