How Apple Is Getting You to Pay More Every Month 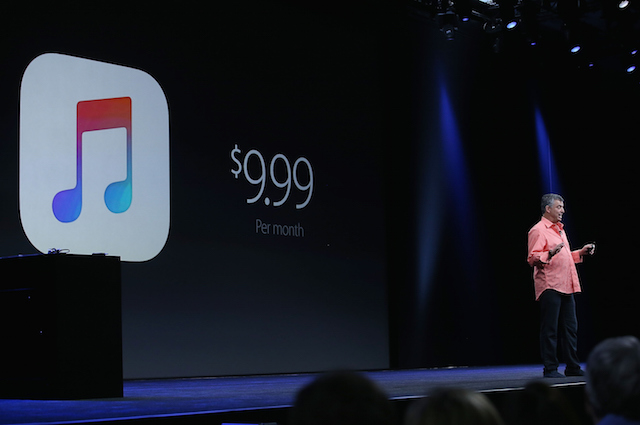 If you’ve recently begun to feel like you’re paying Apple an increasing number of monthly subscription fees, then you’re not alone. Jan Dawson, founder and chief analyst at research firm Jackdaw, reports for Re/code that one of the biggest new trends in Apple’s business is a major shift toward the establishment of recurring monthly fees, which Apple’s support page explains can include Apple Music memberships, newspaper subscriptions, magazine subscriptions, and online subscriptions to services like HBO Now, Spotify, Netflix, Hulu, and Pandora.

In the past, you probably only paid Apple periodically, when you bought a new iPhone or Mac, or purchased an accessory one of your Apple devices. But that situation may be changing, and Dawson thinks that “there are several very positive things that could come out of this for Apple, but I think there’s also potential for a specific downside to this shift.”

Apple’s various subscription services have recently become more central to the company’s products. iCloud storage plans start at $0.99 per month and go up to $9.99 per month. iTunes Match costs $24.99 per year, or a little more than $2 per month. Apple Music costs $9.99 or $14.99 per month. And iOS users can use their iTunes accounts to sign up for a wide variety of third-party services, from a Netflix account to a subscription to The New York Times.

Dawson estimates that an avid user of Apple devices and associated services could easily be spending $50 on automatically renewing services through his or her iTunes account. And if Apple launches a TV streaming service at some point, as it’s expected to do, the monthly bill could rise even more.

In Dawson’s estimation, Apple is tapping in to a societal trend away from one-time purchases and toward monthly subscriptions (especially obvious when you consider the prevalence of subscriptions like Spotify and Netflix). But Apple is taking the trend a step farther with the iPhone Upgrade Program, which enables customers to use the monthly payment model to lease a new iPhone from Apple for $32 to $45 per month. Dawson notes that it’s easy to imagine this kind of program being extended to other Apple devices in the future, since Apple Watches and iPads are already offered on installment plans by wireless carriers. Hardware could begin to shift from a series of one-off purchases to a regular monthly payment scheme.

Combining the hardware purchase with an array of subscription services could enable you to buy into the Apple ecosystem with a single monthly fee, which could start at $50 and go up quite significantly from there depending on your choice of device and services. That would dramatically change consumers’ perceptions of the cost of owning Apple devices. Apple’s revenue would also become more predictable and less volatile if large numbers of customers opted for packages that include hardware ownership, cloud storage, and media subscription services.

But the downside to such a situation could be that a regular monthly bill from Apple could make the company’s services and subscriptions analogous to the phone, TV, water, and electricity bills that people don’t really like to pay. Dawson notes that “There’s a risk that, as Apple embraces this ‘monthlification’ of its business, it begins to occupy the same mental space for consumers as a utility.”

He explains that if Apple does decide to go down the road toward monthly fees, it will have to be conscious of how its relationship with customers will change. “Though a several-hundred-dollar (or even several-thousand-dollar purchase) can be hard to stomach, once it’s made, the customer is left with full ownership of a product and the fading memory of how much it cost. But with monthly payments, the customer is constantly reminded of just how much they’re paying for the privilege of using (but in some cases not owning) those same products.”

The shift away from one-time purchases and toward recurring monthly fees and installments seems inevitable, especially given how quickly we’re becoming used to paying for streaming services and even new devices on a monthly basis. But as with every new service and subscription model, you’ll have to evaluate whether a potential new plan is really a good deal for you and your usage — a step that’s easy enough to overlook when a new subscription model offers what sounds like a low monthly cost.