How Artificial Intelligence Will Help Your Smartphone, Not Kill You 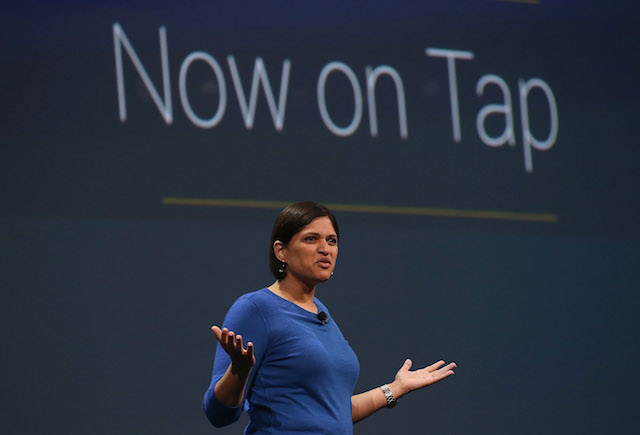 At Google’s I/O developer conference, the company announced Now on Tap, a new feature of Android that enables the Google Now personal assistant to examine what’s going on on your phone’s screen and automatically take relevant actions. As Chris Welch reported at the time for The Verge, Google Now product director Aparna Chennapragada explained Google’s strategy, “We want to proactively bring you answers.”

Apple announced a similar development when sharing details of iOS 9 soon after, at its Worldwide Developers Conference. iOS 9’s “Proactive Assistant” feature, which will integrate Siri, Spotlight, and other parts of the platform, will enable your iPhone or iPad to anticipate what you need based on the context and automatically make suggestions. And Microsoft in May launched an updated version of Cortana, which can put users’ queries into context to deliver better, more useful answers. Google, Apple, and Microsoft are all using artificial intelligence to make their digital assistants smarter and more capable of anticipating the needs of users who increasingly inundated with information.

Tim Bajarin reports for Time that the consumerization of artificial intelligence is going to be the next battleground in the mobile world as major tech companies fight to offer shoppers the smartest smartphones. The fight, in Bajarin’s estimation, will drive meaningful differentiation between devices, and users will soon be able to choose a phone based on which offers the best AI, not which features the slickest UI.

An artificial intelligence-based personal assistant that anticipates your needs will be a strong selling point for a diversity of users, especially those who use their smartphones to organize their increasingly busy lives and keep track of all of the information they need to get through a day’s worth of appointments and tasks. Operating systems, hardware design, and user interfaces will all still be places where smartphone makers can differentiate themselves. But it will be good both for consumers and for the advance of AI technology that the AI-based personal assistant will come to the forefront as a must-have feature in the smartphones of the near future.

Google, for instance, is already envisioning that future. Chennapragada, the Google executive who runs Google Now, recently told Re/Code’s Mark Bergen that Now on Tap is search without the search bar — a feature meant to remove the traditional roadblocks in the way of the speedy retrieval of information. “I want a smartphone to be smarter,” she tells Re/Code, “and do a lot more heavy lifting.” To bring its personal assistant to its full potential, Google is embedding Now with its full Knowledge Graph, the web of people, places, things, and the connections between them.

Google is also making Now more contextually aware, and it’s tying the context of your situation to the apps that are on your phone — and to the apps that you haven’t downloaded yet, but that it determines might be useful to you. Google has indexed 50 billion links within apps, and indexed apps will be included in Now on Tap when it arrives with the next version of Android in the fall.

In Bergen’s estimation, only one company can rival Google’s ability to “link personalization with the device and the content therein,” and that’s Apple. Apple is indexing apps in its own world, and the “Proactive Assistant” feature of iOS 9 seems the foundation of a feature similar to Now on Tap. However, at least for now, Google is far more advanced in artificial intelligence research, and Apple needs to make “significant progress,” according to Re/Code, to match the machine learning capabilities that make Google Now and Google’s algorithmic search possible.