The Airport Clothes Every Man Should Wear When Traveling 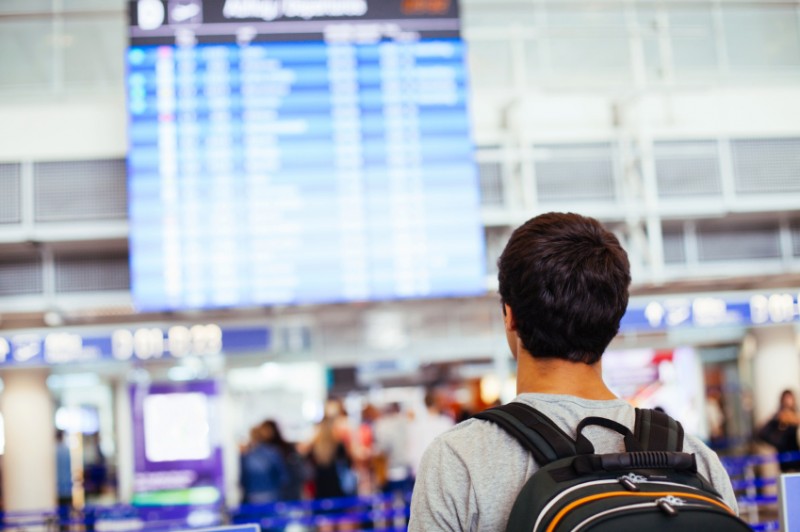 Man dressed for the airport | iStock.com

Airports are crazy places. No one really likes spending time in them, but to get where you need to go, it’s often a necessary evil. America is a big place, and flying is the most efficient way to travel long distances. Driving from Atlanta to Boston, for example, would take days instead of a few hours. You could also, theoretically, take Amtrak from New York City to Los Angeles, but only the most ardent of train enthusiasts would be willing to try it.

If you have to fly, figuring out what to wear can be difficult, too. Business suits used to be the standard, but they’re much less common than they used to be. If you aren’t flying for business, though, it’s a little ridiculous to wear a suit. At the other end of the spectrum are the people who show up looking like they just rolled out of bed after a week with the flu. How do you find a good middle ground?

First, you need to remember that no matter how long your flight is or how many connections you’ll be making, airports are still public places. You’re going to be around hundreds of other travelers, and there are basic standards of human decency that you owe it to them to abide by. At the most basic level, this means you should have showered within the last 12 hours. It also means at least dressing like a semi-respectable human being.

Even if you’re flying from Miami to Moscow, is it really that much of a hassle to wear regular pants? Pajama pants are comfortable, but they’re also for wearing around the house, not going out in public. The same goes for sweatpants and hoodies. You don’t necessarily need to wear a suit, but at least dress as well as you would to go to a doctor’s appointment.

If you look around the airport, you’ll see a lot of guys wearing khaki pants and golf shirts. If you want to make it look like you fly a lot, go ahead and try that look, but it’s still a little bit weird to me. My personal preference is a button down and chinos. It’s a look that’s easy to put together even if I have to leave for my flight at 4:30 in the morning, I’m always comfortable, and I still look presentable when I get off the plane.

If you’re worried about getting cold, bringing a sweater or pullover with you is a much classier option than a hoodie. You could have gotten away with it in high school, but if you’re old enough to consider yourself a man, it’s probably time to leave hoodie-wearing in the past.

Even if you insist on wearing shorts and a t-shirt, though, you can at least wear fairly nice ones. Camouflage-patterned cargo shorts and a pit-stained t-shirt with a “humorous” phrase on the front conveys a completely different message than flat-front shorts and a solid colored V-neck. No one knows anything about the person sitting next to them, so it’s polite to at least try and communicate that you’re a normal, clean person.

A large part of dressing for the airport is making sure you get through security smoothly. You especially don’t want to be that guy who backs up the line and potentially makes someone miss their flight because you weren’t prepared. 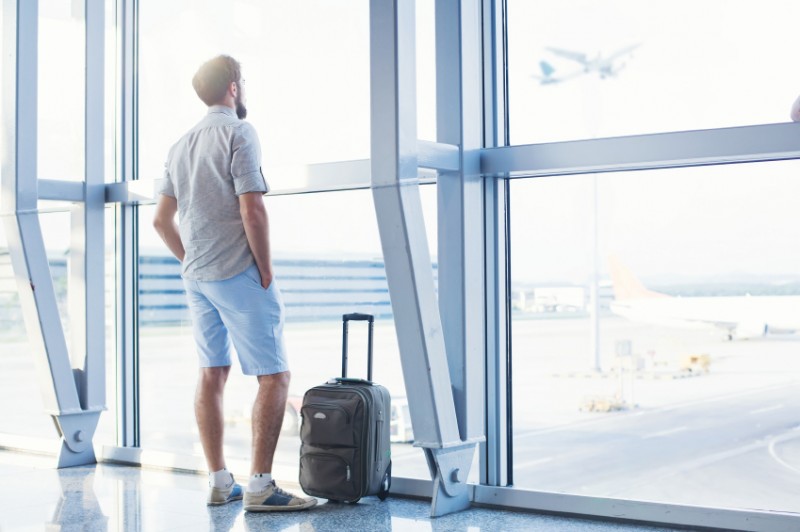 Flying is so much easier if you know how to dress | iStock.com

Instead of wearing shoes that you will have to untie and then retie, wear ones you can easily slip into and out of. Loafers and boat shoes are great for this. If you wear your Sperrys, you’ll be able to get them on and off without a problem. Make sure you wear socks, though. Walking through security barefoot is gross.

You also want to make sure you don’t have any jewelry on, change in your pockets, or any other metal on your body that will slow you down. Belts and watches can easily be taken off and dropped in the tray, but trying to wrangle $3.67-worth of pennies and nickels back into your pocket will be a nightmare.

It’s also probably best to leave your sunglasses in your carry-on. They might be useful after you land, but you’re going to be inside for the next several hours. While you’re in the airport, you don’t really need them, and you especially don’t need to wear them inside. They might make you feel cooler, but no one wearing sunglasses indoors looks cool.

Finally, if you wear contacts, I highly recommend wearing your regular glasses instead. Contacts have a habit of drying out and irritating your eyes, and wearing them adds unnecessary complications to your flight. Besides, who wants to show up anywhere both smelling like airplane and with bloodshot eyes?

If you take a little time to think ahead, dressing for the airport isn’t terribly difficult. It pays to plan for the security line and to put a little extra effort into what you wear, but there’s also no reason to spend an hour picking out your wardrobe. Show up clean and put together, treat people well, grab a pre-flight drink, and you’re sure to have a smooth flight.