How Princess Eugenie Stole the Show at the 2018 Serpentine Party

If you’re a member of the British royal family, you probably get invited to a lot of parties. Princess Eugenie, though she doesn’t attract the spotlight as much as Kate Middleton or Meghan Markle, proves no exception. And Eugenie, granddaughter of Queen Elizabeth II, just stole the show at one of London’s most exclusive social events.

The Telegraph characterizes the Serpentine Party as a highlight of London’s social calendar. According to Vogue, the annual event “brings together the worlds of fashion, music, film, design, and art.” The purpose of the exclusive event? “To fete the Serpentine Pavilion, which has this year been designed by Frida Escobedo.” This year, the event was co-hosted by Chanel, Yana Peel, Hans Ulrich Obrist, and Adwoa Aboah.

Frida Escobedo goes down in history as the youngest architect to ever win the commission. And she’s only the second solo woman to be selected. (The first? Zaha Hadid, who designed the first pavilion in 2000.) Escobedo’s striking pavilion at London’s Serpentine Gallery drew on both Mexican and British inspiration. It also took cues from the Mosque-Cathedral of Córdoba, Spain, according to CNN. The pavilion is located in Hyde Park, the largest Royal Park in London, which merges with Kensington Gardens to the west. 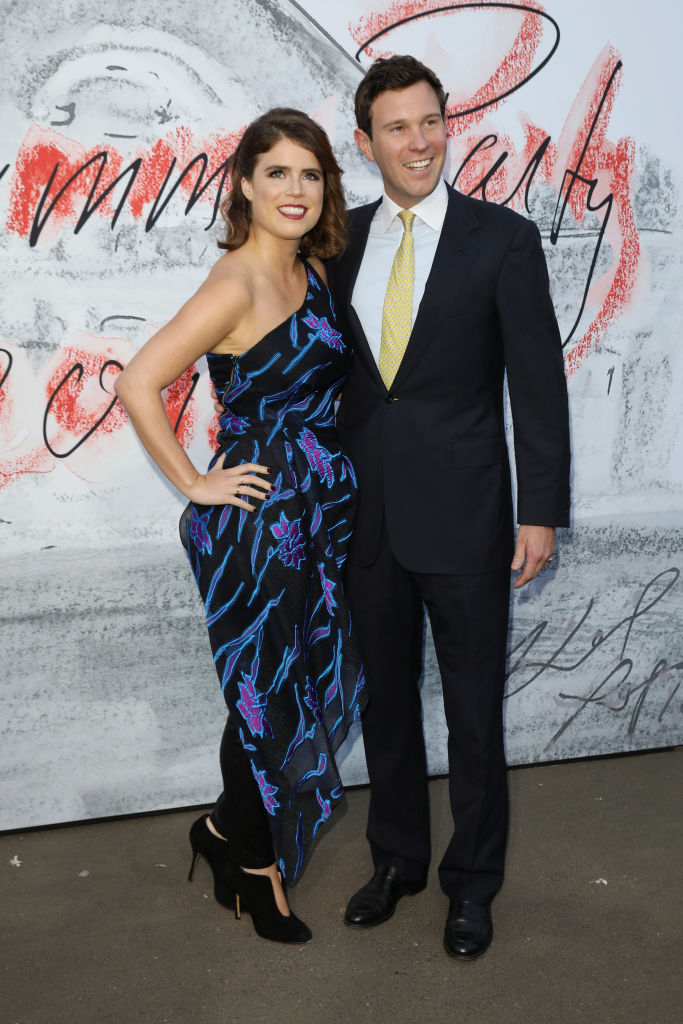 And that brings us back to Princess Eugenie. Eugenie — who lives at Kensington Palace along with other prominent British royals — added the Serpentine Party to her list of royal engagements this week. The party took place in Escobedo’s structure as well as the surrounding Kensington Gardens. Other notable guests included Alexa Chung, Ciara, Suki Waterhouse, Lara Stone, and Ellie Goulding. But Eugenie still managed to land on the list of the most notable guests.

After a full day at the Royal Ascot, a British horseracing event, Princess Eugenie and Princess Beatrice attended the Serpentine Party. And as Good Housekeeping notes, the princesses’ outfits represented a complete 180 from what they wore to the Royal Ascot. Princess Beatrice walked the red carpet alone at the event. She wore a peacock-patterned dress with a black leather jacket. Plus, she added a red pedicure and dark eyeliner to take the look up a notch.

Princess Eugenie, on the other hand, walked the red carpet with her fiancé, Jack Brooksbank. In contrast with the demure look she chose for the Royal Ascot, Eugenie wore a dramatically-patterned one-shouldered tunic with black skinny jeans and black heels. She accessorized with red lipstick and black nail polish. Eugenie has broken royal dress code rules in the past. And her choice of manicure departed from the queen’s favorite look. 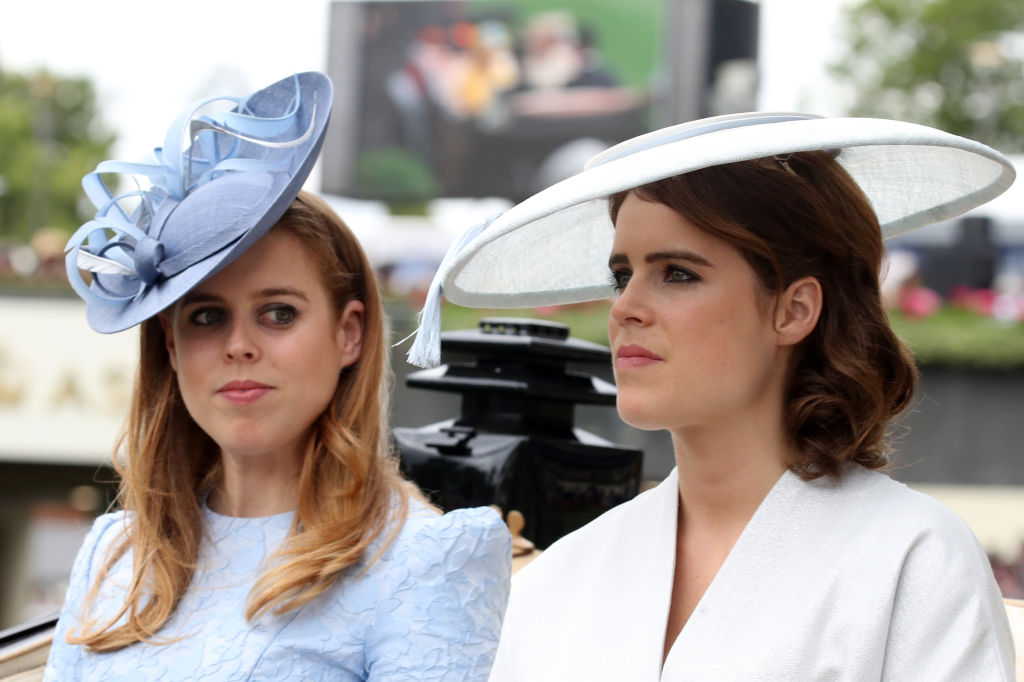 We can think of another reason why Queen Elizabeth II might not have totally approved of Princess Eugenie’s appearance at the Serpentine Party. Eugenie and her fiancé had a rare — for the royal family — moment of PDA at the event. They had last appeared together at Prince Harry and Meghan Markle’s wedding. There, Good Housekeeping points out, they looked considerably less touchy-feely. The couple will celebrate their own wedding on October 12. On that date, they’ll tie the knot at Windsor Castle.

As Woman reports, you’ve probably heard about the Serpentine Party because of another royal: Princess Diana. Diana wore a form-fitting black dress to the Serpentine Gallery in 1994. As the publication notes, the outfit represented “a departure from Diana’s usually demure style.” Reportedly, “when Greek fashion designer Christina Stambolian unveiled it to her prior to the event, she was said to be concerned that it was ‘too daring.'” But Diana decided to wear the dress — later dubbed the “revenge dress” — because she attended the party on the same evening that Prince Charles confessed to his affair with Camilla Parker Bowles.

Princess Eugenie hasn’t become a fashion icon like Diana. Or even like Meghan Markle or Kate Middleton. Yet fans of the royal family are already looking forward to finding out what Eugenie will wear to her wedding. The International Busines Times reports that some experts think she will choose a more contemporary silhouette for her wedding gown than Kate Middleton or Meghan Markle.

Princess Eugenie, at least so far, has proven willing to wear statement-making hats, bold patterns, and leather jackets. Most women in the royal family would forego those styles. But Eugenie doesn’t seem to fear making a statement. After all, most people remember Princess Eugenie and Princess Beatrice for wearing outlandish hats to the nuptials of Prince William and Kate Middleton.

Read more: Here’s What You Need to Know About the Dress Code That Meghan Markle Has to Follow at the Royal Ascot