How T-Mobile Got You Better Mobile Plans and Lower Prices 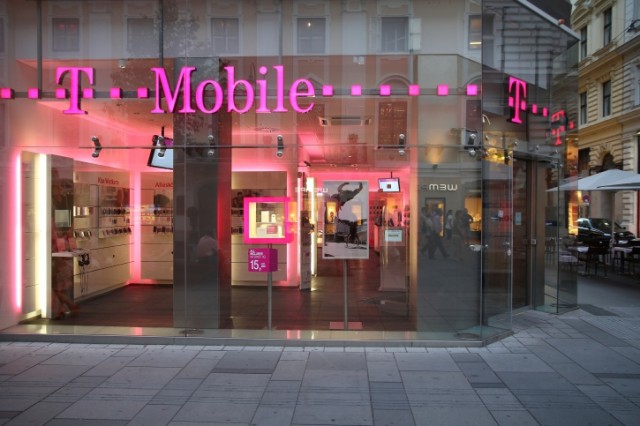 As evidenced by the price war that’s ongoing between T-Mobile and Sprint over Apple’s latest iPhone 6s, competition among wireless carriers brings some benefits for consumers. Kevin Kelleher reports for Time that while competition among carriers has long been more theoretical than practical, T-Mobile is responsible for finally leveraging the power of rivalry to bring lower prices and friendlier plans, even to consumers on other carriers’ networks.

For decades, consumers have resigned themselves to the status quo of the U.S. wireless industry. A handful of dominant companies — Verizon and AT&T at the top and Sprint and T-Mobile at the bottom — locked users in two-year contracts, and used added fees and features to expand their networks and satisfy investors, if not consumers. But after regulators stopped AT&T from buying T-Mobile, the carrier named John Legere chief executive, and he rebranded the company the “Uncarrier.”

T-Mobile began making consumer-friendly moves, with reduced prices and plans that were easier to understand. Verizon and AT&T followed suit, offering more data at the same prices and introducing contract-free plans. T-Mobile began offering unlimited data, and improving the quality of of service on its network. T-Mobile and Verizon recently tied for the fastest LTE data speeds. Sprint has begun offering competitive plans.

Kelleher reports that while consumers used to have little choice, they’re now routinely searching for the best-priced plans from the four major carriers. The change has had a marked impact on carriers’ bottom line, too. AT&T’s gross margins have been declining, and Verizon warned that its earnings will be flat next year.

Carriers have a new form of competition to deal with in the form of the iPhone Upgrade Program that Apple introduced with the iPhone 6s. The program will enable iPhone fans to get a new iPhone each year by paying as little as $32 each month and choosing any of the major carriers for their service. The plan makes it easier for consumers to switch carriers, and harder for carriers to attract customers to more costly plans.

It took some time, but Apple’s announcement kicked off a new rivalry between carriers. While Verizon and AT&T announced that they didn’t see the plan as a threat, and didn’t plan to change their policies in response, T-Mobile began offering discounted leases on the iPhone 6s, which customers could get for as little as $5 per month. Sprint responded with an offer that lets customers lease an iPhone 6s for as little as $1 per month, revealing that both carriers are willing to eat costs in the short term to gain customers long-term.

Kelleher reports that analysts think the aggressive iPhone leasing program will not only help T-Mobile gain market share, but could also increase its profit margins. As subscribers increasingly take advantage of the array of options to choose carriers that enable them to upgrade more often, leasing could improve profits. And some analysts even think that AT&T’s and Verizon’s decisions to stay out of the aggressive leasing rivalry between T-Mobile and Sprint could hurt those carriers, even though they currently dominate the United States’ smartphone market.

That possibility is already evident in the financial performance of the four major carriers in the U.S. Already, T-Mobile’s Uncarrier campaign has been effective, as illustrated by the stock prices of the four major U.S. carriers. T-Mobile’s stock is up 58% so far this year and Sprint’s is up 6% while Verizon’s is down 6% and AT&T’s is down 4%.

A major unknown that could affect carriers’ financial performance — and T-Mobile’s ability to disrupt the industry in the future — is what will happen if landline companies merge with mobile carriers, as is currently expected. If Dish or Comcast, for instance, were to merge with T-Mobile, it’s not clear if the carrier would be able to continue offering heavy discounts in order to attract customers. If that were the case, other mobile carriers could have less of an incentive to compete aggressively on price and quality of service — which could undo the progress that T-Mobile’s made with its unconventional Uncarrier campaign.