How the Droid Turbo 2 Shames Other Phones With One Feature 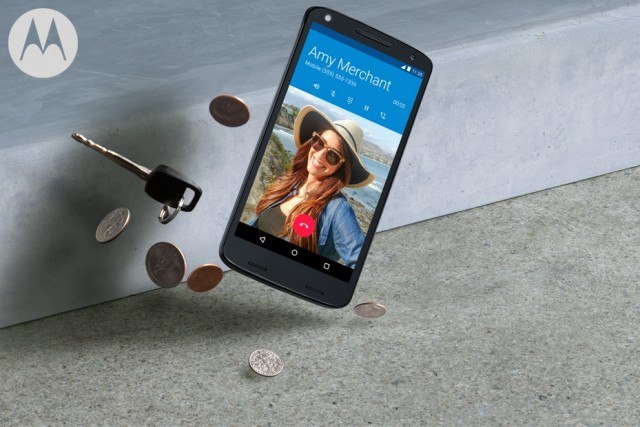 It has happened to many of us: one missed step or lapse of judgement and our phone goes crashing to the pavement. Then comes the worst part: picking up your phone and praying your screen hasn’t shattered into a thousand pieces.

Wouldn’t it be great if those worries were a thing of the past? Motorola claims it has the solution with the new Droid Turbo 2, and it just may put other phones to shame with a new “shatterproof'” display.

Motorola’s Shattershield technology rethinks how the mobile device screen is made. Typically the screen and touch-sensitive circuitry are covered by a single thick sheet of heavy-duty glass. While this thick sheet of glass is sufficient in most cases to hold up in the event of a short drop, whether your screen cracks or not depends on the amount and location of stress placed on the glass when it hits the pavement.

Shattershield changes that. Screens using this new manufacturing process are composed of five different layers, each with a different purpose. A strong aluminum base provides structural integrity for the thin AMOLED screen to sit atop. On top of the screen are three more layers of protection: a dual touch layer that actually provides two layers of touch sensitivity in case one is damaged, an interior lens, and finally another protective lens on top of that.

A mix of proprietary technologies in the top protective lenses is said to all but guarantee that the phone will never shatter in most common situations where a phone is dropped.

Is there a catch?

Depends on what you consider a catch. We’ve read through Motorola’s warranty terms, and the company provides up to four years of coverage for Shattershield screens. The top protective lens is considered “consumer replaceable,” and not covered though. If there is any damage to the top lens, you’ll have to replace it yourself.

Since the phone is so new, we are unable to directly confirm how much a replacement protective lens will be. However, Motorola and Verizon — the only mobile carrier offering the Turbo 2 right now — told USA Today they will replace a shattered phone for free as a one-time courtesy within the first year of ownership.

Your warranty will cover the three layers below the protective lens: the interior lens, the dual touch layer, and the AMOLED screen.

Is it really shatterproof?

Claims of being “shatterproof” certainly will be taken with a grain of salt. After all, we’ve heard such claims before: Corning’s Gorilla Glass claims to be equally shatterproof, reports Engadget, however even Gorilla Glass has proven not to be perfect. But what we have seen from tests of the Shattershield technology, it’s pretty impressive.

CNN business correspondent Samuel Burke ran the Droid Turbo through its paces in the streets of New York City, and found the phone almost impossible to break. Burke dropped the phone from a variety of heights, knocked the phone off a table into gravel, and even ran over the phone with a bicycle taxi. The screen survived everything he threw at it — and only the case showed significant cosmetic damage.

Only after he got a horse to step on the phone did it “break” — and then it was only dented and not truly shattered. Pretty impressive.

When will it be available on other phones?

If you’re not a Verizon customer, right now the Droid Turbo 2 is out of reach. However, the company does say in a blog post that “we will bring this technology to other devices and countries around the globe soon.” So it may not be too long before you’ll be able to worry less about cracked screens no matter which Motorola phone you buy.

That said, Motorola’s move may spur others to beef up the durability of their devices. Think about it: taking away the sometimes media driven crises such as “Antennagate” or “Bendgate,” cracked screens are a far bigger and more common problem.

Wouldn’t it be nice to no longer have to worry about it when our smartphones take that inevitable fall?