How to Be a Five-Star Uber Driver

Driving for Uber is very different from what you’re accustomed to if you typically have an office job or are a salaried employee in another kind of workplace. (After all, how many jobs come with the risk that your customer is going to throw up in the back seat of your car?) You may think that the passengers are the worst part of being an Uber driver, since so many ignore basic rules of etiquette and common sense. But did you know that there are also some etiquette rules that you should follow as an Uber driver? Read on to find out exactly what you should and shouldn’t do as an Uber driver, plus what you can expect from your Uber passengers.

What to do as an Uber driver 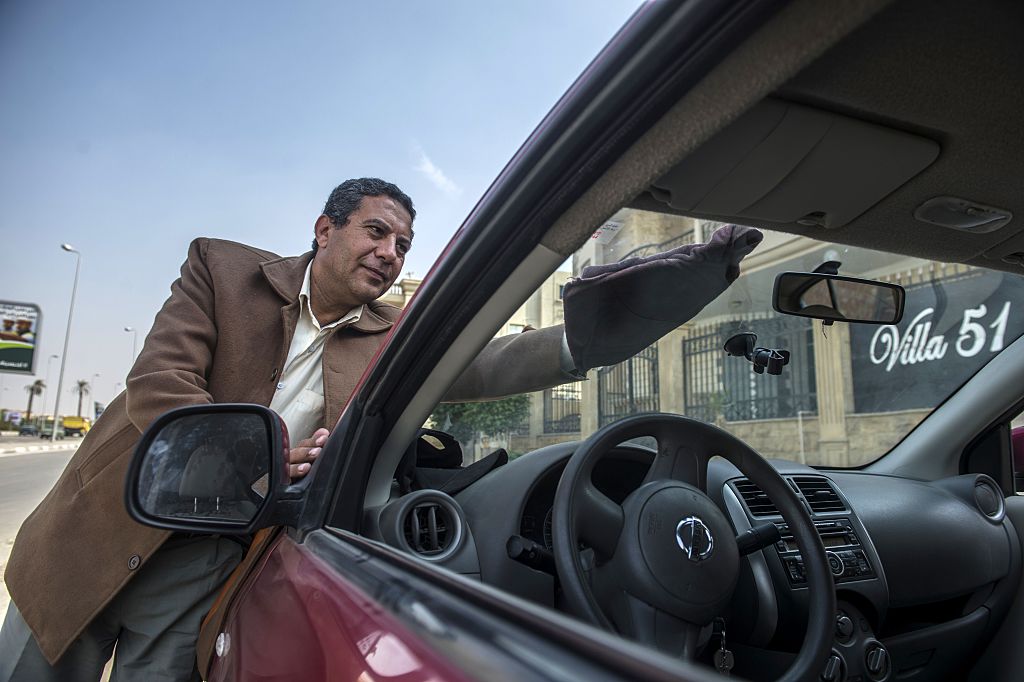 Being a five-star Uber driver is relatively straightforward — if you know the etiquette rules and social norms to follow. | Khaled Desouki/AFP/Getty Images

Verify that you have the right passenger

While you can sometimes be pretty certain which passenger is yours, it’s sometimes difficult to figure out without asking. When a passenger who might be yours approaches your car, just roll down the window and ask, “Hi, I’m Erin, are you Jake?” Especially at a busy location, passengers get into the wrong cars all the time, and that’s an even bigger pain than having to verify that you’ve got the right passenger. While some passengers assume that it doesn’t really matter which car they get into, as long as they get a ride, that’s a great way to end up taking somebody to the wrong destination and leaving your actual fare stranded.

You aren’t obligated to have a lengthy conversation with a passenger, especially if you’re navigating a confusing city or driving to a destination that’s unfamiliar to you. But if you’re an outgoing person who doesn’t mind having a conversation with a passenger, you can gauge whether your passenger seems interested in talking and respond accordingly. A passenger who’s sitting in the back staring intently at a smartphone may not be up for a lengthy discussion, but one that seems friendly might appreciate the opportunity for a conversation. You’ll always want to stick to small talk and keep the topic light, and an easy way to start the conversation is to talk about the destination where the passenger is headed. Just try not to talk about religion, politics, or other controversial topics.

While angry passengers may be part of the job of an Uber driver, they don’t have to ruin your day. If a passenger is upset that you can’t pick them up at their preferred airport gate or mad that you won’t let them into your car with an open beer can, it’s often best to realize that the customer is always right, even if there’s nothing you can do about the situation. Agree with your passenger that it’s stupid that the airport’s policies prevent you from picking up passengers where they’d prefer, or commiserate with them over Uber policies (or state laws) that keep you from allowing open containers of alcohol or squeezing six people into the back of your vehicle. While you won’t win every time, making the most of the situation will often help you avoid low ratings from disgruntled passengers. 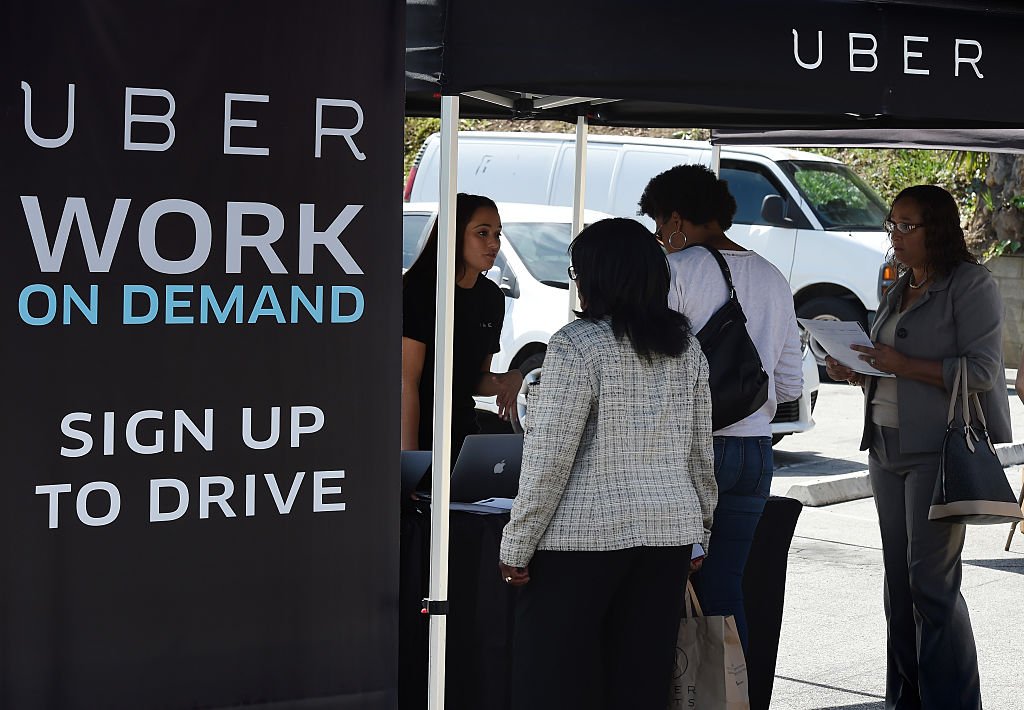 Look out for your own safety

While most Uber rides are without incident, there’s always a chance that you’ll be dealing with a situation that’s less than ideal. Always pay attention to where you’re going, and be aware of what’s going on outside your car whether you’re moving or dropping off your passenger. And if the passenger does something that makes you uncomfortable — like sitting directly behind you instead of behind the passenger seat — don’t be shy about asking them to move. Some drivers keep their doors locked until they verify that they have the right passenger. And if you let a passenger into your car and something feels off right away, you always have the option of canceling the ride and getting out of the situation.

Be prepared for intoxicated passengers

If you’re picking passengers up outside of bars or after events like concerts, it’s a good idea to be prepared for the reality of those rides. It would be great if nobody ever drank enough that they’d get sick in the car, but anyone who’s driven for Uber in a college town knows that that’s not the case. Stash a Ziplock bag or two in the back of your car (and let passengers know where they are) in case somebody gets sick.

Only provide snacks and magazines if you want to

In hope of keeping their passengers happy and earning high ratings, many drivers provide snacks, water bottles, and even magazines for passengers. But that isn’t a requirement for being a good driver, and isn’t something that you should feel obligated to do. Constantly stocking up on snacks and reading material can get expensive, and if you’re watching your bottom line, you don’t need to feel like it’s a requirement for the job just because other drivers opt to spend extra money.

What not to do as an Uber driver 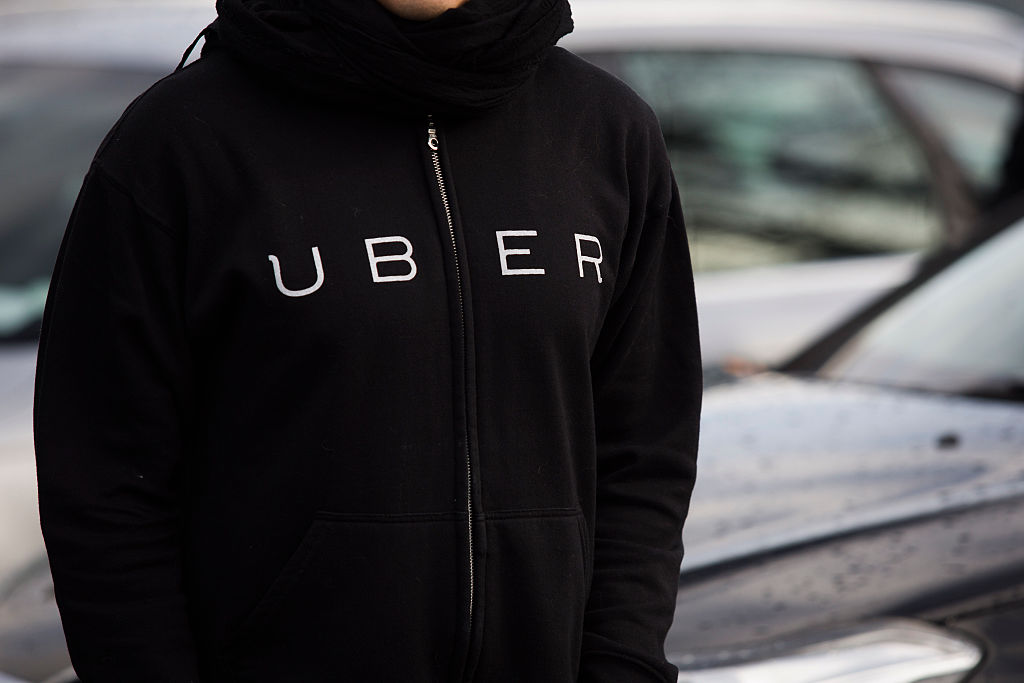 As an Uber driver, there are a few etiquette rules you shouldn’t break | GEOFFROY VAN DER HASSELT/Getty Image

Don’t turn the volume up too high

It’s great to put some music on for you and your passenger to enjoy. But it’s usually a bad idea to turn the volume up too high, even if your passenger has requested a specific artist or remarked on the album that’s playing. Loud music is distracting when you’re trying to find your way, and it also makes it harder for a passenger who’s in the back seat to get your attention if they have directions to offer or a question to ask.

Don’t stress over finding a passenger

Sometimes, passengers will request rides from locations that are crowded, with lots of other people who may be waiting on rides as well. Instead of stressing over trying to find your passenger, make sure that they know what your car looks like and get some identifying information from them. Most passengers will tell you the color of something they’re wearing or some information on where they’re standing, which will make it much easier for you to find them in a crowded area.

Don’t be afraid to ask your passenger a question

Sometimes, even the exact address of a destination doesn’t make it entirely clear where you’re going. Even passengers who prefer to ride in silence won’t mind if you ask them to clarify where they need to be dropped off. You can ask a passenger which airline they’re flying or which entrance they’d prefer if they’re headed to a large venue, and almost all of them will appreciate that you took the time to clarify which drop-off location will be the most convenient for them. 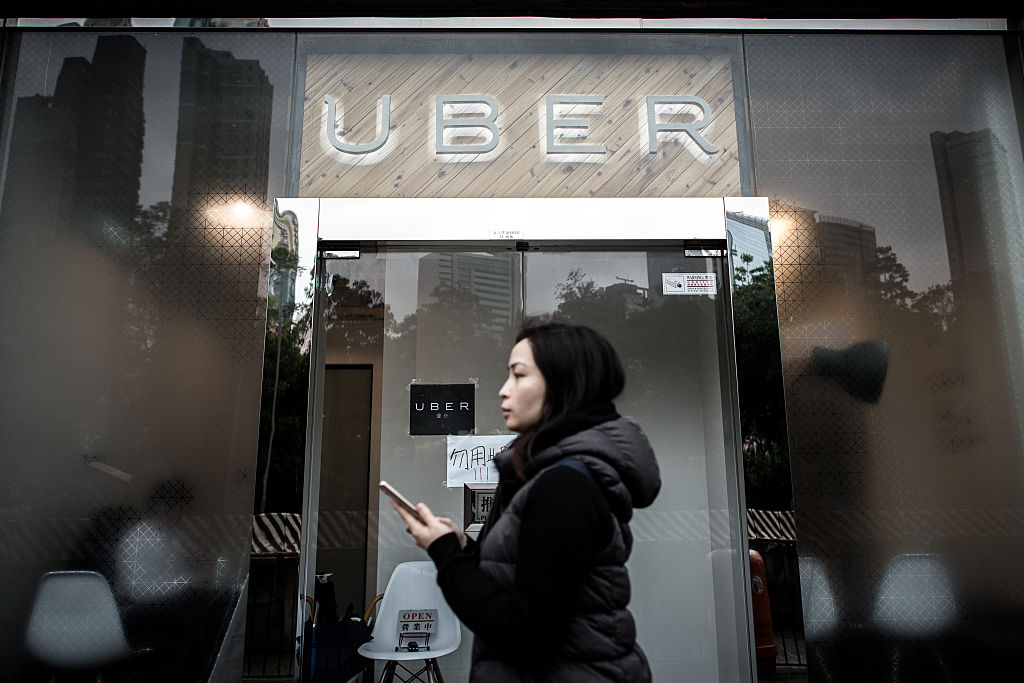 Despite the things some passengers demand, you should never feel obligated to do something illegal or anything that makes you feel uncomfortable as an Uber driver | PHILIPPE LOPEZ/Getty Images

Don’t feel obligated to do something illegal

Sometimes, passengers will want to carry an open beer into your car, or squeeze more passengers into the back seat than there are seat belts. But you should never feel obligated to do something that’s illegal, unsafe, or just uncomfortable. You can be clear and firm, and commiserate with passengers who seem upset about Uber’s policies, but your job is to get passengers to their destinations safely, not to bend to their every request.

Uber’s message around tipping is confusing for many passengers. As Uber drivers already know, tips aren’t required and aren’t included in the fare that passengers pay. So many passengers just don’t tip their drivers (especially those who don’t carry cash around). While some drivers post signs explaining that tips are appreciated, your best bet is just not to expect a tip. That way, when one is offered, you’ll be pleasantly surprised, instead of disappointed when a passenger doesn’t tip.