How to Create a Signature Style Like Johnny Depp

From playing the tough but sensitive greaser in John Waters’ 1990 camp classic Cry Baby, to the swashbuckling Keith Richards-meets freewheeling pirate Captain Jack Sparrow in the Pirates of the Caribbean series, Johnny Depp has embodied effortless outlaw cool since before some of us were even born.

Now in his 50s, Depp shows no signs of slowing down – either in his career or in his style game. His look is full of clues that show where he comes from: a wide-brimmed hat from Public Enemies, tortoise shell glasses from Secret Window, and bold patterns from Fear and Loathing in Las Vegas. Like anyone with great style, he pulls from life experience – though for him, that experience includes fame, fortune, and critically-acclaimed films.

Luckily for the rest of us, we don’t need the acting depth of Depp to pull off an eclectic, outsider look. All that’s needed is the confidence to stick out from the rest. If you’ve got that, you’re already most of the way there.

Here are seven pieces to help you channel your inner Johnny Depp. 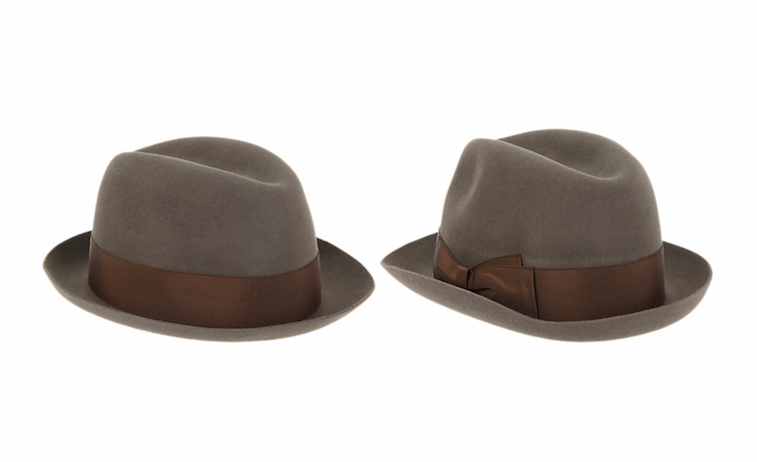 Yes, we know that the fedora backlash is in full swing, but changes in trends can never take away from a truly stylish hat. Depp knows this, and is rarely seen without a 1930s-style wide-brimmed fedora. Rag & Bone does a great modern twist on the hat, but if you’re looking for a more classic look, check out Borsalino, which has been making fedoras in Italy since the 19th century. Wear your Borsalino Fur Felt Fedora with a hell of a lot of attitude, and people will think you were born cool.

Depp may change up his glasses game every now and again, but his long-time go-to has been a pair of 1940s-style tortoise shell sunglasses with blue lenses. The speckled colors of tortoise shell make it a bold alternative to plain black frames. Favored by other icons, like JFK and James Dean, tortoise shell glasses can make you look like the smartest guy in the room, while adding a simple, personal touch to your look. These Garrett Leight Milwood 46 Sunglasses are guaranteed to help you embody Depp’s cool style. For a more budget-friendly pair of Depp-like shades, go for Banana Republic’s Johnny Sunglasses, a look so cool they could’ve been named after the man himself. 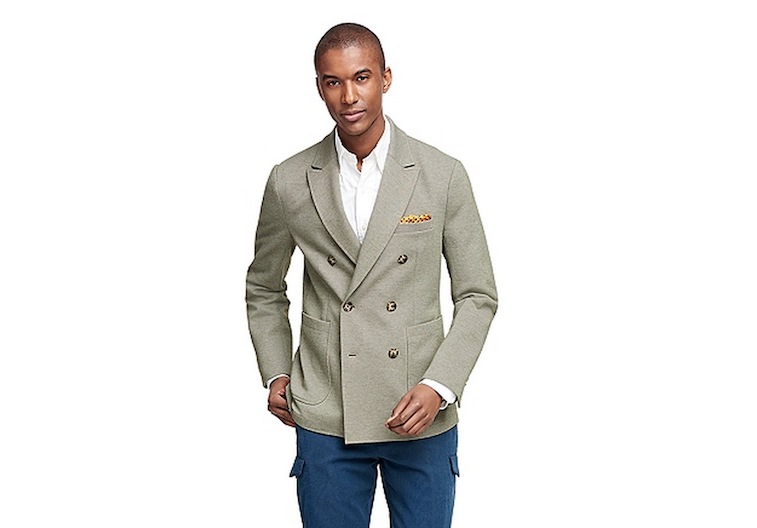 When Depp feels like dressing up (and that’s a fairly rare occasion), he usually draws influence from the 1930s, the golden age of Hollywood. Back then, the best-dressed men often turned to Brooks Brothers, which has been America’s go-to for elegant, effortless style since 1818. Channel your inner leading man with this double-breasted knit blazer; if you want to keep it loose, don’t be afraid to pair it with jeans and a tee. Or, for a more casual blazer, check out this shawl collar piece from Kenneth Cole. It’s still rooted in old-school Hollywood cool, but isn’t as intimidating as going full double-breasted. 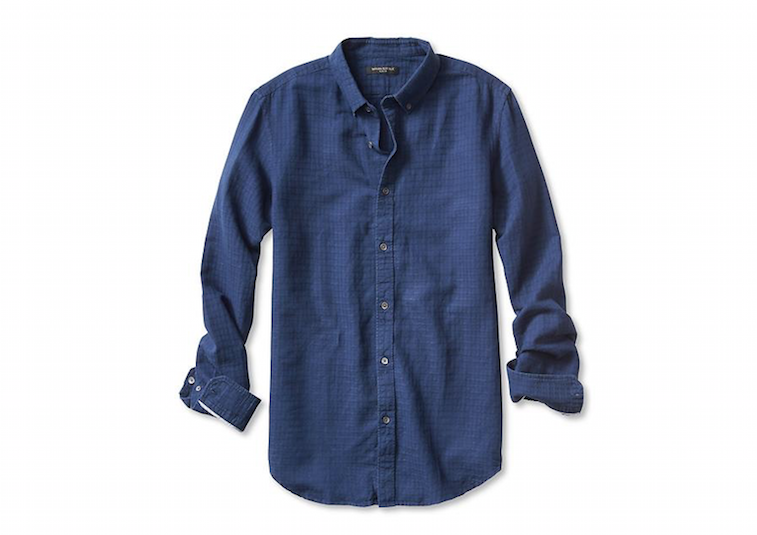 Even on the red carpet, Depp likes keeping things dark. Stand out from the rest of the pack and go with this dark blue embroidered linen cotton shirt – you’ll stand out against the sea of white shirts at a formal event, while avoiding the risk of looking like the goth kid that showed up for senior picture day. For a dressier look, do the formal white shirt in a way that still stands out. Keep it simple and check out Banana Republic’s slim-fit take on the classic staple. 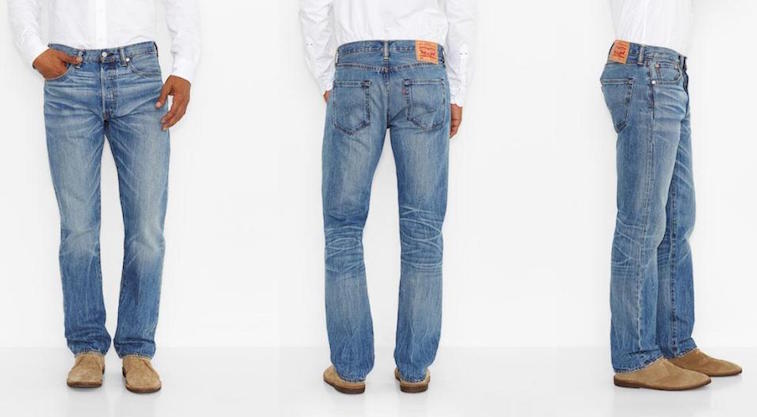 5. A broken-in pair of jeans

If you don’t have a pair of jeans that you’ve lived out of for years, don’t worry, there are plenty of options out there that look the part but lack the smell. A good broken-in pair of jeans takes the stuffiness out of any occasion and gives off an old-school rebel vibe too. Ralph Lauren does classic denim like nobody’s business, but if you’re really going to go old-school, Levi’s 501 will be right up your alley. After all, it is the original pair of jeans. 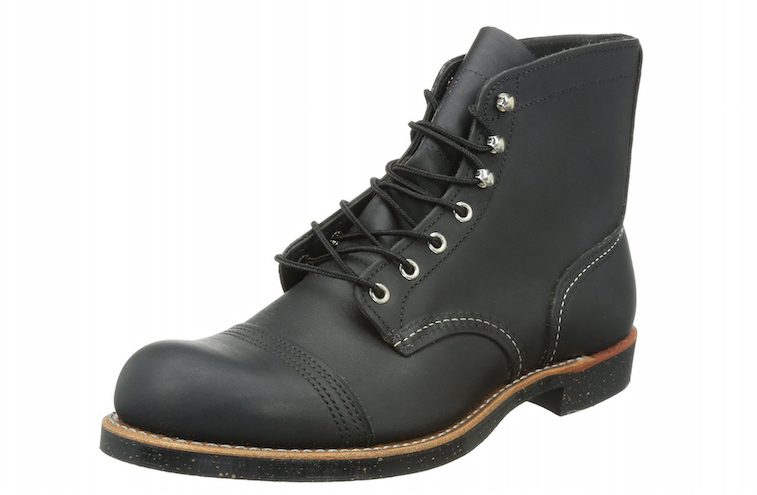 Like your jeans, you’ll want your boots to look lived in, but with boots, you’ll want to do all the living yourself. Stick with a classic style, wear them everywhere, and they’ll only look better with age. Red Wing has been making near-indestructible boots in America since 1905, and while the initial cost may be high, these Red Wing Heritage Men’s ‘Iron Ranger’ Black Leather Boots will be well worth the price tag. You can also get the same look for half the price with this rugged take on the classic work boot by Timberland. 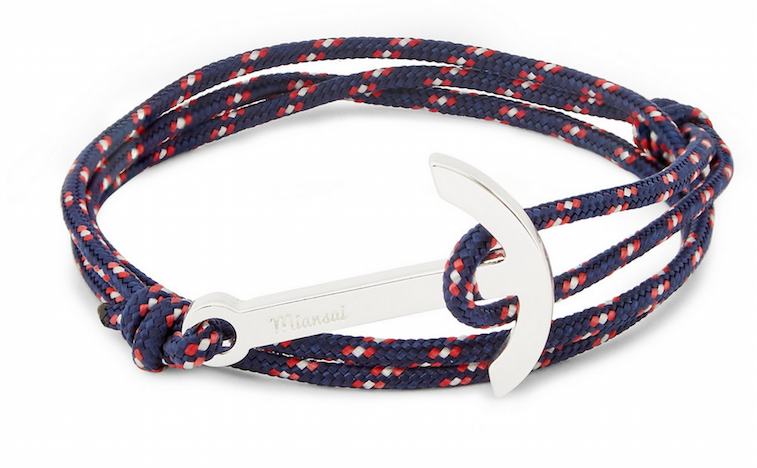 Depp is a man who isn’t afraid of jewelry – and that’s what makes his look so hard to pull off. Most guys don’t know where to start, but the secret is this: find what you like, and stick with it. Find a couple necklaces or bracelets, like this Miansai rope and silver-plated anchor bracelet or Ralph Lauren’s classic signet ring, and wear them with everything. They’ll be enough to let everyone know you think outside the box and aren’t afraid to show it.

What’s great about Depp’s style is that it’s easy to pull off without looking like a carbon copy. It’s about individuality and mixing classic menswear staples together in a whole new way. It’s a look that takes a little confidence, but lets everyone know you aren’t afraid to take risks. So next time you want to mix it up but aren’t sure how, why not ask yourself “What would Johnny wear?”