How to Get More Foreign Movies and Shows on Netflix 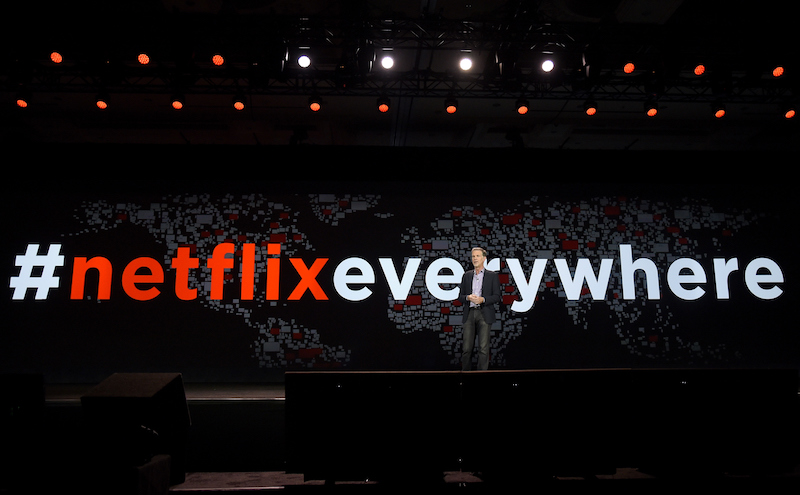 Netflix made headlines when it announced at the Consumer Electronics Show in Las Vegas that it was adding more than 130 countries to its streaming service, bringing the tally of countries where you can stream TV shows and movies on Netflix to 190 — an impressive proportion of the 196 countries in the world (if you count Taiwan).

As Emily Steel reports for The New York Times, the move was an “unexpected acceleration” of the company’s quest for global ubiquity, though the service is not yet available in China, and in many of the regions where Netflix is now available, the service is available in English but not in the local language. However, the company announced that it’s adding Arabic, Korean, and simplified and traditional Chinese to the 17 languages that are already available.

“We still have a lot of work to do,” Netflix chief executive Reed Hastings, told the Times. “Because of the number of countries, it seems like we are ahead of plan. But we still have China — we still have a quarter of the world to go.” Netflix won’t be available in Crimea, North Korea, and Syria because of United States government restrictions on American companies. It’s unclear whether the company will be able to navigate the regulatory obstacles it would need to overcome to launch in China.

In 2016, Netflix plans to release 31 new and returning original series, 24 films and documentaries, and 30 original children’s series and comedy specials. They’ll become available to subscribers around the world simultaneously. But there’s also lots of licensed content on Netflix that’s only available in certain regions, whether determined by licensing deals or by Netflix’s curation of what it thinks users in a given market will like. And as The Verge’s Nilay Patel points out, the streaming service’s global expansion makes it even more tempting to use software to mask your location and watch things that aren’t available where you live.

To do that, you can use a VPN (a virtual private network), to trick Netflix into thinking that you’re somewhere else. A VPN enables you to access the Internet while appearing to be in a different country. That would let you trick Netflix into thinking that you’re somewhere else in the world, which gives you access to the content that users in that location can view. That can come in handy both if you like content that’s specific to a certain country or region, or if you want to watch the classic TV shows and movies that have long been removed from the version of Netflix the company curates for users in western markets.

Jon Russell reports for TechCrunch that to figure out which country’s content to explore,  you can just turn to the growing number of Netflix-tracking sites online. Russell projects that it won’t be long until someone begins compiling a master list of all of the content that’s available everywhere, which will make it even easier to figure out what country you should tell Netflix you’re living in.

Choosing a VPN is also a fairly straightforward task. VPNs generally cost less than $10 per month, less if you pay for a longer period of time upfront. In Russell’s assessment, it’s best to pay for a VPN, since several free options have raised doubts about free services’ handling of user privacy. Russell (and Patel) use a service called TunnelBear, which offers a VPN extension for web browsers, and some other widely-recommended options include Private Internet Access, TorGuard, IPvanish, Astrill, ExpressVPN, and Vypr.

Patel points out there are a number of other services, including Unblockus, Getflix, and Media Hint, that get around geoblocking by tricking websites into thinking that you’re at home (wherever you tell them is home), and offer even faster setup than a VPN. You simply choose a country, and then point your devices toward the service’s DNS services to start watching the Netflix content that’s specific to the country you’ve selected.

If you don’t mind a minor learning curve, a VPN is inexpensive and easy to set up. And in an era of widespread tracking and surveillance, it’s never a bad idea to keep your Internet browsing more secure. In other words, now is a better time than ever to get started with a VPN.

As both Patel and Russell note, it’s possible that Netflix could take measures to shut down the option of using a VPN to access it service, especially since VPNs generally violate licensing agreements. But so far, Netflix has been sympathetic to VPN users, and has tolerated users doing things like sharing passwords and masking their locations.