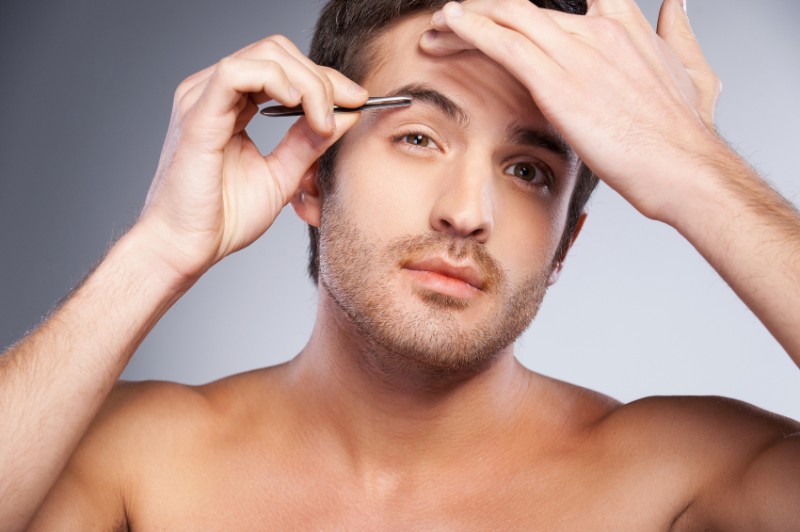 I think I was in middle school when I first noticed how bushy my eyebrows were getting. Being insecure like every other middle schooler, the fact that my eyebrows stood out had me convinced I was destined for a life of being harassed for being uncool. Granted, there were plenty of other factors that contributed to me being uncool, but the eyebrows were at least controllable, so I started trying to tame them.

Little did I know, getting into the habit of regularly trimming my eyebrows had an unintended positive effect in my life. It didn’t ever succeed at getting me a seat at the cool kids’ table, but it did eventually lead to me receiving an unexpected compliment from a woman. She told me I had extremely attractive eyebrows.

If you’re a guy who isn’t currently working as a male model, you’re probably extremely confused about two things in that last statement. First of all, since when do guys get compliments on their physical appearance from women who aren’t their mothers? Second of all, since when are eyebrows something that have the potential to be attractive or unattractive? Aren’t they just there like elbows and ears?

What prompted the compliment, I don’t know, but after polling several other women, it turns out that they actually do find eyebrows attractive. We might not see it when we look in the mirror, but maintaining our eyebrows really does make us more attractive.

Man pondering how to tame his eyebrows | iStock.com

The question, then, is what should you do to tame your eyebrows, especially if they’re naturally wild and unruly?

The first thing you want to do is look in the mirror and give yourself an honest assessment. Do you have a uni-brow? Does it look like two caterpillars are camped out on your forehead? Are they pretty normal looking? Your personal situation will change what you need start doing next.

Some people will suggest paying someone to wax, pluck, and trim your eyebrows for you. You can do that if you want, but I’ve never liked the idea very much. Anything that needs to be done can usually be taken care of at home with a little extra effort.

If you’ve got thick, strong, manly eyebrows, though, you’re going to have to actually trim them with a pair of scissors. I recommend buying a pair of actual eyebrow scissors for this because they’re sharp, precise, small, and easy to use. Ever since I started using the pair that came in a travel grooming kit I bought, I refuse to go back. If you have to, though, a regular pair of household scissors will still do the trick.

My kit also came with a tiny comb that I’m sure you could buy individually, but it’s not a necessity. You do need to have a general plan to avoid hacking at your eyebrows randomly because if you don’t, you’ll end up looking like you lost a battle with a weed whacker.

The method I’ve ended up using over the years involves using your fingers to brush each eyebrow up as straight as possible, then trimming across the top of the eyebrow to shorten the longer hairs. Follow the natural arch of your eyebrows, usually working from the outside in. When you’re done, brush them back up again to see if you missed any stragglers. 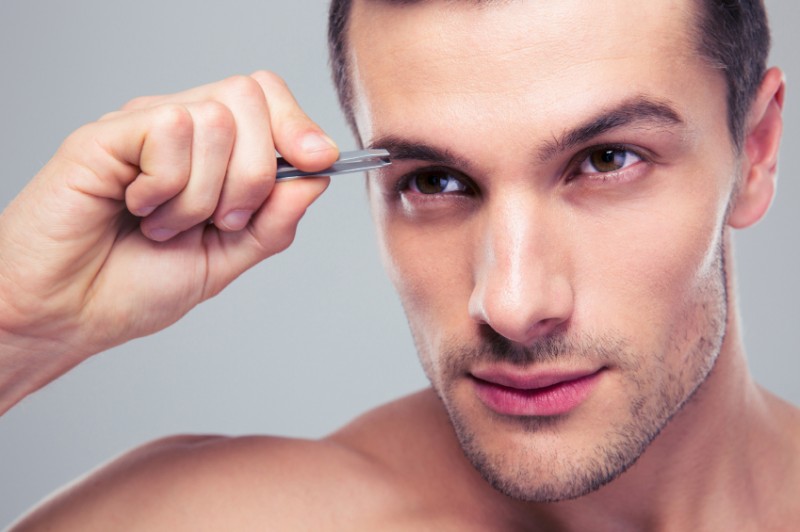 Finally, brush them back down and make sure everything looks good. You may have to do a little editing here and there, but in general, you should have a pair of good-looking eyebrows staring back at you when you look in the mirror.

If you have a uni-brow, though, things start to get a little trickier. You have to do something about it, but dealing with a uni-brow is more complicated than just trimming unruly hairs with a pair of scissors. A few hairs between your eyebrows can probably be managed by shaving them down every now and then, but if it’s more than a few, you’re going to find yourself doing a lot of shaving to keep them from showing up.

At that point, you may have to consider plucking. I’ve heard it gets less painful the more you do it, but after the first time I tried it, I decided it wasn’t worth finding out how long it took to stop hurting. Then again, I only have a few hairs to deal with. If you’re in genuine uni-brow territory, clearing that up will improve your appearance drastically enough that it’s probably worth it.

You can also wax a uni-brow, and there are at-home systems that you can use, but playing with hot wax by yourself feels a little too dangerous to me. If you’re at a point where you’re considering doing your own waxing, just pay a professional to do it for you. You’ll be much less likely to do something wrong and burn yourself, and it’ll probably look better, too.

If you take the time to regularly trim and maintain your eyebrows, it’ll be more work than you’re probably used to, but you’ll also reap the rewards of turning your wild and unruly eyebrows into ones that can be called strong and masculine instead. You may not think it’s necessary, but if trimming your eyebrows makes you more attractive, the few minutes every few weeks has to be worth it.

Who knows? Women might even start giving you compliments on your eyebrows now.