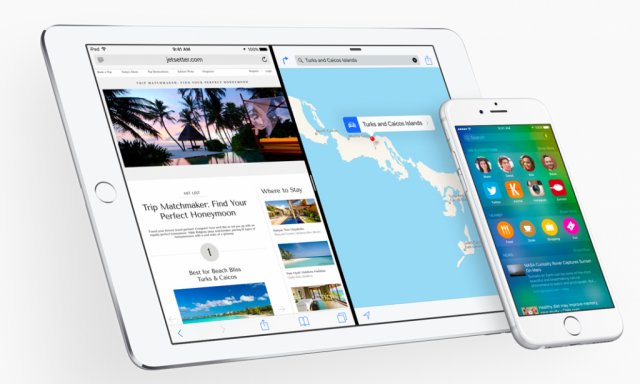 Like many iPhone fans, you’re likely pretty excited to see what Apple unveils in the fall, not only with regards to new hardware, but also with the new software with which Apple will update the iPhone line. But lucky for you, you don’t need to wait until September to test out the features that the new operating system will bring. Apple has released, and subsequently updated, the public beta of iOS 9, and anyone can download and test it out.

This isn’t the first time that Apple has released a public beta of an iOS build; it achieved that milestone in March, with iOS 8.3. But the iOS 9 beta is the company’s first major public beta release, and ships with many new features. The beta release follows the third developer release of iOS 9 and precedes the general release of the mobile operating system, which will come in the fall. The iOS 9 Public Beta 2 mostly adds bug fixes, but it also reinstates Home Sharing, a feature that was dropped in iOS 8.4. Home Sharing enables you to stream music from your Mac to your iOS devices over your local network.

The primary reason for Apple to create the beta program is for the company to gather valuable feedback about its software before an official version ships to the world. Apple explains on its website for the beta software program that the feedback you provide on the pre-release software will help the company to identify and fix potential issues. And just like any other company offering users the opportunity to download beta software, Apple warns, “that since the public beta software has not yet been commercially released by Apple, it may contain errors or inaccuracies and may not function as well as commercially released software.”

If you’re willing to deal with some bugs and crashes and still intend to download the software, you should go ahead and back up your phone. (More on that later, if you need a refresher.)  You can sign up for the beta software program on Apple’s website by signing in with your Apple ID, or creating a new Apple ID to join.

Participating in the program and downloading the software are both free. As a member of the program, you’ll be able to enroll your iPhone or iPad to get the latest public beta, as well as subsequent updates that Apple will release in the future, through the iOS Software Update utility. Wired’s Molly McHugh reports that the first beta public beta build is 213MB; if your iPhone or iPad doesn’t have enough space to install the build, the device will ask for permission to temporarily delete a few apps, which will reappear after the installation is complete.

The iOS 9 public beta ships with a Feedback Assistant app, which you can use to report any bugs or issues you encounter with the operating system or apps. You’ll be able to open the Feedback Assistant app from the second page of the Home screen on your iPhone or iPad, or from the help menu of any app under the option to “Send Feedback.” Apple tells users, “when you come across an issue that needs addressing, send your report directly to Apple with Feedback Assistant.” It’s important to note that when you’re testing beta software, you won’t be able to leave reviews in the App Store, since bugs in the untested OS can cause problems with third-party apps.

The iOS 9 beta brings improvements like a revamped version of Siri that’s better equipped to respond to natural language queries and can surface information more proactively, an update that enables Maps to deliver public transit directions in several cities, a new News app, and a Low Power mode that turns off some background activities to preserve a device’s battery life.

As with any software that isn’t finished, you’re likely to encounter a few bugs and crashes if you choose to run the beta software. That means that you should back up your iPhone using iTunes before installing the software in case problems arise with the operating system or with apps. Apple further warns that you shouldn’t install pre-release software on devices that are “business-critical,” and “strongly” recommends installing it only on a secondary device. If you have a backup iPhone, that’s a great candidate, since early reports indicate that the beta release is running well on devices as old as the iPhone 4s.

Backing up your device is an important precaution to take before downloading beta software. As Andrew Cunningham notes at Ars Technica, assuming you use iCloud for normal device backups, you should create a full backup with iTunes before upgrading to the iOS 9 beta. If you check the “encrypt backup” box, it will also back up your account passwords. iCloud backups created with newer versions of iOS can’t be restored to devices running older versions of iOS, so as soon as your iOS 9 device backs up to iCloud, you’ll only be able to restore it to other iOS 9 devices. Having an iOS 8 backup in iTunes is a good precaution to take.

TechCrunch’s Sarah Perez reports that while there isn’t an official downgrade path if major problems do come up, there are a few ways to revert back to stable version if need be. And Apple’s website explains, “If you would like to go back to a previously released version, you must first erase the beta software, then re-install the latest shipping version of iOS, and finally restore from your previously saved iTunes backup.”